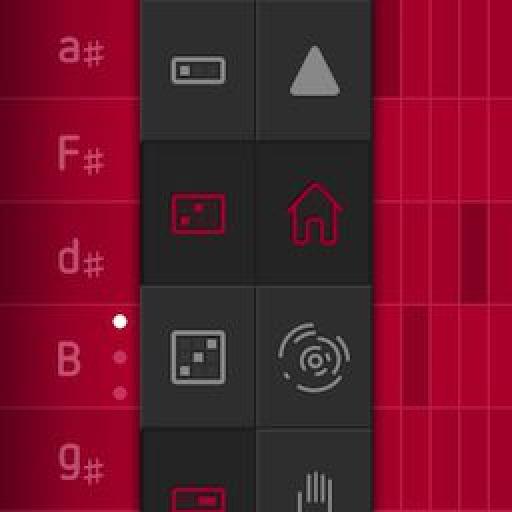 Language
One developer known as Audanika thinks that they've developed a new instrument interface that alleviates the need for any prior training in music. Have they succeeded? G. W. Childs finds out.

You don't see many people veering out in to ways to reinvent the way instruments are played these days. Really, there are only a few ways when it comes down to it. There's a keyboard, and there's a guitar.

Of course, there are also pioneers like Brian Eno that will constantly come up with new interface designs like Bloom. But, those apps tend to fall more into the visual art/music, and are meant more for experimentation, as their results can be a little erratic, at times.

One developer known as Audanika thinks that they've developed a new human interface that alleviates the need for any prior training in music. Have they succeeded? Let's find out. 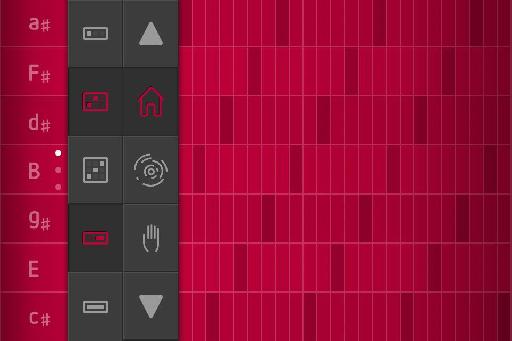 Okay, so you aren't the greatest keyboardist in the world. But, you'd like to be able to play some mean keys for this song that you're working on without having to bug your little sister, who's a bit of a diva. Enter Soundprism Pro.

Soundprism Pro lays out several small MIDI keyboards in a grid like pattern in a very clever way. The result is that no matter where you put your fingers, whether it be on an iPad, or iPhone, you'll always have something nice coming out. But, to take this as the main, and only description of Soundprism Pro as an instrument would be shorting it immensely, because it can go farther than this and be quite expressive at the same time.

In the grid of piano keys above, you're looking at what's intended for the right hand to play. All the sparkling melodies, rhythm parts, and what have you. Though, on the left hand side, in a small column, you'll notice additional boxes. These boxes are intended for the left hand. The bass notes, or bass clef. Essentially, with two fingers, you can play what would normally take several fingers to work out. But, the kicker is that it still sounds like you're using several fingers!

Well, if Soundprism Pro were to stop at just being a nice little instrument for '˜anyone' to play on their iPhone, or iPad, I wouldn't have taken the time to write the review. But, it actually can, if you let it, take the music on your DAW to a different place. It may even up the ante.

Soundprism Pro also offers several ways to get what's being played on your iPhone, or iPad into the computer. For one thing, you can use it as a MIDI controller through either a USB connection (camera connection kit) or through Wi-Fi. But, to make things even more interesting, you can also use it with Audiobus as a source device. This means Soundprism can be used as a very expressive melodic input device for recording music in apps like Loopy, that are also supported by Audiobus. There are several more features to discover with Soundprism Pro, but I'll leave those for you to discover.

I'm extremely pleased to be using Soundprism Pro. And, even though I'm a seasoned keyboard player, I'm very much looking forward to using it to open up melodic possibilities and expression I haven't thought of before. If I wasn't a keyboard player, this might actually become my axe, in general, as an electronic musician. Why? Because through simple periods of noodling around, I've come up with some progressions and melodies that I've never thought of before.

One thing I'll say is that the sound palette is a little limited, even though Audanika offers additional sounds for purchase. But, if you're using it as a MIDI controller, which I'd recommend... Who cares? You've got a ton of sounds on your computer, right?