Language
Mac audio editors have been dropping like flies the past couple of years, but with Parallels there's a world of PC audio editors available, including Sound Forge 11. Gary Hiebner gets editing.

Sony have released a new version of Sound Forge, and I was very keen to check out what new functions and features it has. I've been out of the loop with Sound Forge and its previous editions as I have been an avid Mac user. But I've been slowly creeping back to PCs to get into the PC audio applications to see what they have to offer as there are some real Windows-only 'gems', this being one of them. I always remember Sound Forge being the 'go-to' audio editor, but many new features have been added since I used it last. Let's take a look at what it has to offer.

The first thing to clear up is that Sound Forge is an Audio Editor, not a Digital Audio Workstation (DAW). It has different functions and capabilities to your standard DAW. You can record audio and edit audio files, but it's not like a DAW where you arrange your audio regions to form a song. It's more of a tool where you can edit and process audio files. So it's well suited for audio restoration, mastering and sound design as it deals with audio on a different level than your DAW,  for example audio batch processing. With an audio editor you can edit a file and apply those same settings across numerous audio file in a batch process seamlessly, which would take ages in a standard DAW. Let's take a look at some of the new features and functions introduced in this release of Sound Forge and what this offers you as the music producer.

With Sound Forge, you can process your audio with effects and plug-ins. You load up the effect or plug-in you want to use, make some changes to the settings. You then preview the audio with these changes, and once you're happy you apply this to the audio either by processing it with the effect or saving it out as a new audio file. This makes audio handling a bit different to your standard DAW. So the process is more destructive, but editing audio this way can be more constructive as you're analyzing the audio in a different way and mind set.

The Plug-in Chain Interface is a great new inclusion. It allows better handling of the plug-ins and how they are chained together. It's very easy to add effects to this plug-in chain. Go to FX Favorites, and Apply Plug-in Chain. 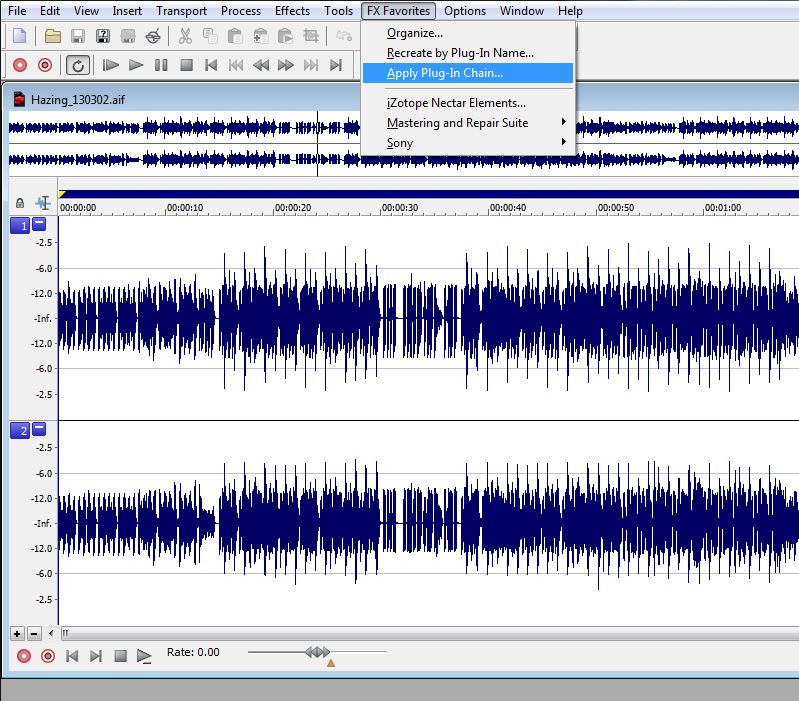 Now you can chain an assortment of effects together. The effects can be moved around the signal chain if you wish to apply different routing options with the effects. 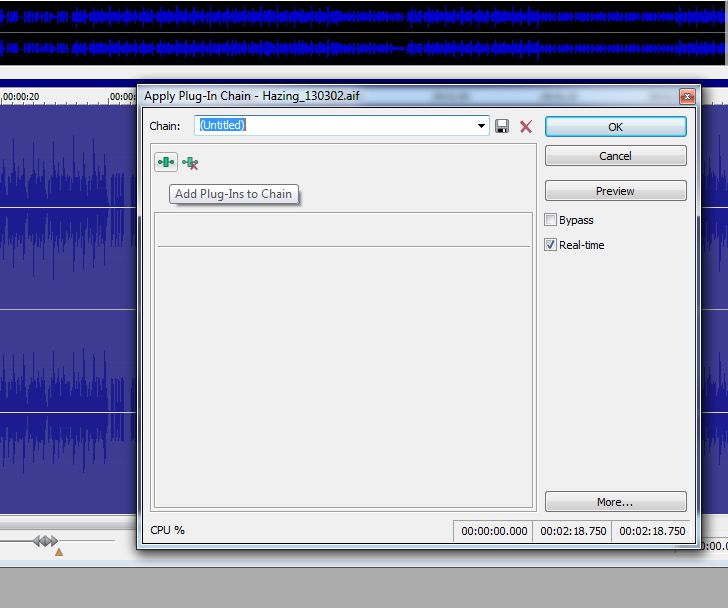 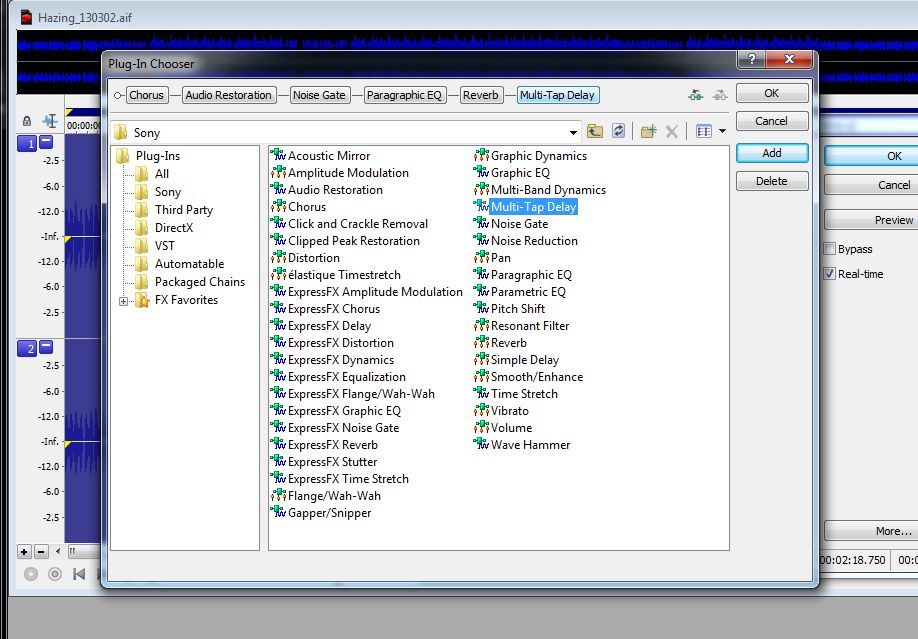 iZotope have included some bundled effects with Sound Forge that really make the buying decision a bit more enticing. There is the iZotope Nectar Elements. This is a cut-down version of Nectar but provides many of the most popular functions. It can be used to fix pitch problems, de-ess any problem vocals, or reduce room noise in your audio recordings. So a perfect tool to use on vocal recordings if you want to correct some of the inaccuracies in the audio. On top of the iZotope's tools there is the inclusion of the Zplane's elastique timestretch tool. This is an amazing timestretching and pitch shifting plug-in. I was recently working with an artist who wanted to pitch shift material that they had already recorded and couldn't return to it for a remix. It was only possible to get away with pitch shifting the audio down by 3 semitones in my other DAW applications. The problem was that when the audio was pitched down this amount, it started deteriorating the audio too much, especially with elements like the vocals that started to sound very unnatural. I used the Zplane plug-in and what's great is that there's this Preserve functionality that preserves the tonal quality of the audio when you pitch shift it. I got much better results through Sound Forge and with the use of this plug-in. The same is with timestretching. I could stretch the audio out much further with much less artifacts in the audio compared with some of my other audio tools.

I guess that's why they call it an audio editor. You can get away with much more than your standard DAW as the tools have been honed perfectly for these tasks. And the XY Pitch and Time graph on the Zplane plug-in makes it real easy to manipulate the pitch and time visually.

The new CALM metering system is a nice update to the loudness meters that allows you to get a good clear visual indication of the dynamic range of your audio and the new CALM metering system complies with audio standards. CALM stands for Commercial Advertisement Loudness Mitigation Act). Sounds quite legit, so you know the meters will give you very accurate details on you audio levels. These are great when you get to the mastering stage and want to have accurate meters on your audio's perceived levels. That sums up some of the new features in Sound Forge. It has really built up a reputation as the 'go-to' audio editor over the years, and with the inclusion of the new iZotope and Zplane plug-ins, there really is quite a collection of good restoration and editing plug-ins that you can use to get the most out of your audio processing.

And if you haven't used an audio editor yet, then definitely look at adding a tool like this to your audio toolkit as this will be a great compliment to your audio software collection.