Language
Do you have a need for minimal orchestral instruments in Kontakt instrument format? Sonokinetic's Minimal looks to satisfy that need. Mo Volans gives it a thorough workout in this review.

If you fancy entering the world of orchestral instruments but lack keyboard skills or are a film/game composer on a tight deadline, then Sonokinetic's Minimal may be the perfect solution. This clever Kontakt instrument allows you to improvise with some impressively recorded phrases in real time. Let's check it out…

After downloading, unpacking and installing Minimal, the first thing you'll notice is its striking interface. It's well, minimal. It's actually quite refreshing in a world where overly complex control panels seem to be in vogue. 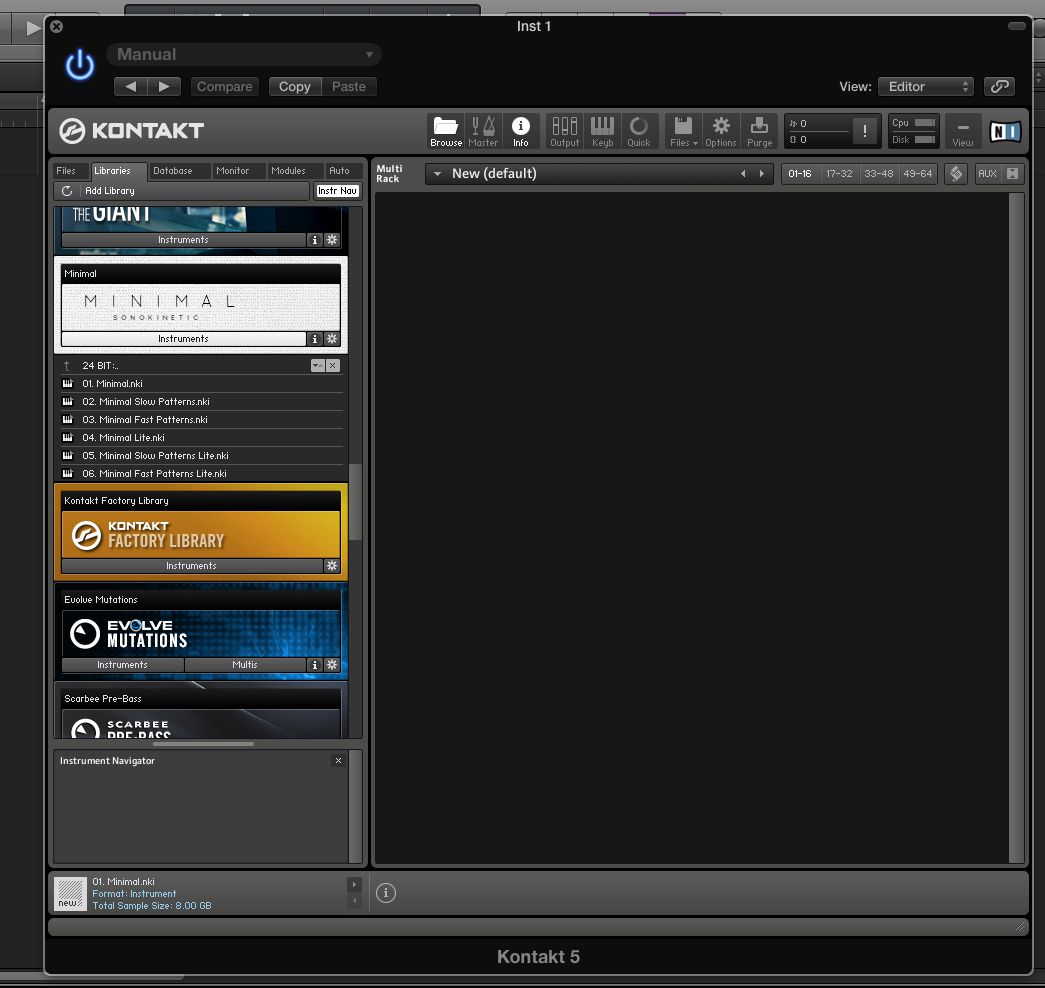 Minimal will appear as a library in Kontakt or the free Kontakt player.

The only issue here is that things are so 'minimal' it may take you a moment to get your bearings and work out what is what. For this reason, I'd strongly suggest watching a few videos on Sonokinetic's site (these also come with the download). 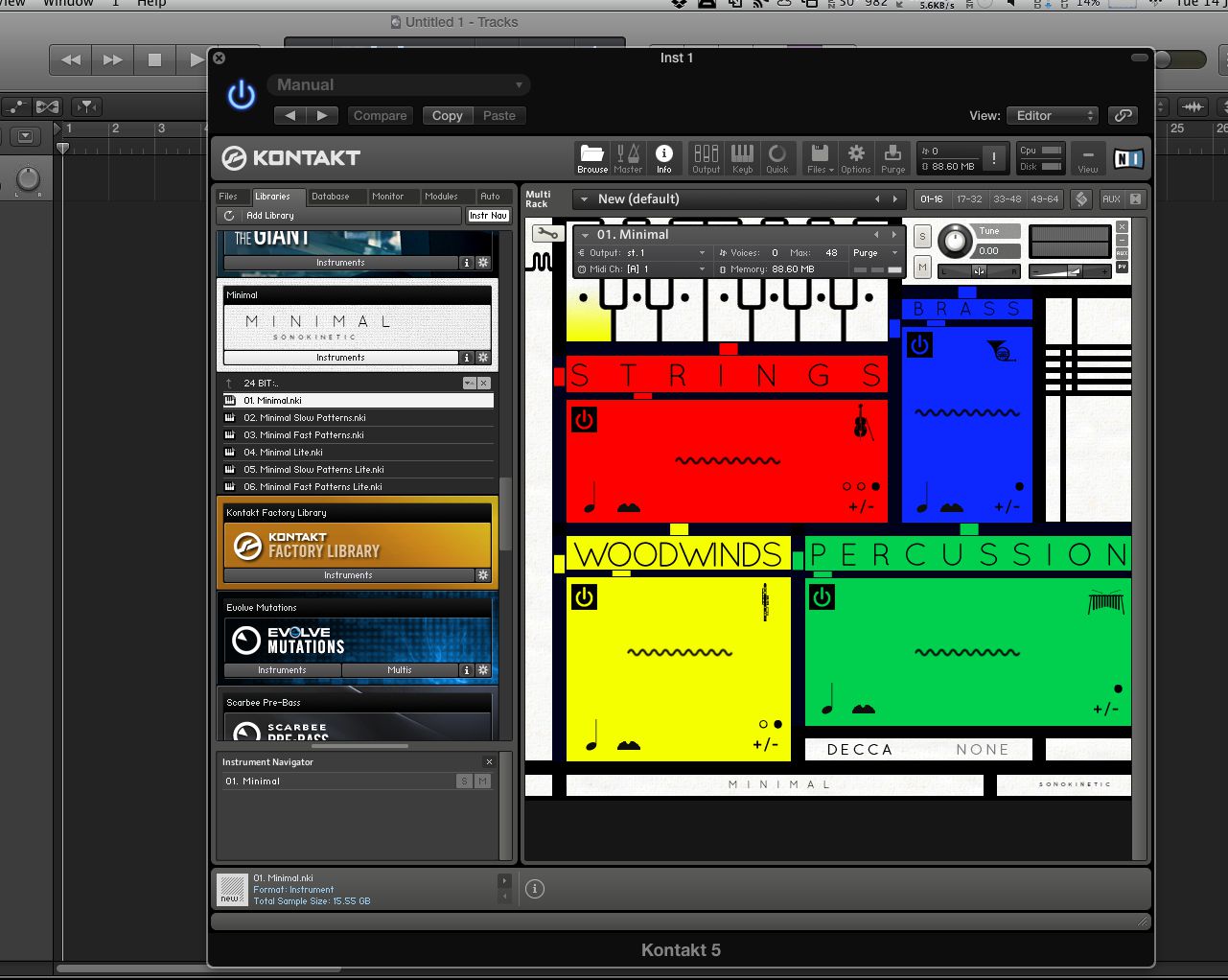 Once you have become accustomed with the main interface, you'll see that there are essentially four main 'part' areas. These can contain any mixture of strings, woodwinds, brass and percussion. You can even have duplicates, so four sets of strings etc. The choice is yours.

The parts are played back using a large variety of 'phrases'. These are actually represented by waveform style displays in the center of each window. These look more like LFO shapes from a synth but in reality do a very good job of representing the phrase style.

With your parts and phrases selected, you can play them back by triggering triads in the chord area of the keyboard. It's a good idea to bring the keyboard up in Kontakt as this gives you a solid map of what's going on.

Parts can be controlled, changed and muted using a MIDI keyboard.

You can edit the pace of the playback, pan and volume in real time using the various faders surrounding each part. If you prefer some real-time dynamics control, you can increase the level of all your ports using the mod wheel. This can be turned on or off per part allowing you to control the level of specific parts.

The timing / pace can also be controlled by using the Rhythmical Shift function which is located in the bottom left-hand side of each part. Although these controls are fairly simple, I found them to be adequate when mixing and matching parts / phrases.

The Parts And Sounds

The sounds are very well recorded and there seem to be a good number of variations as you move through different chord and phrase combinations. There is also a dedicated variation function (the number of these vary depending on part) to give you even more sonic possibilities. 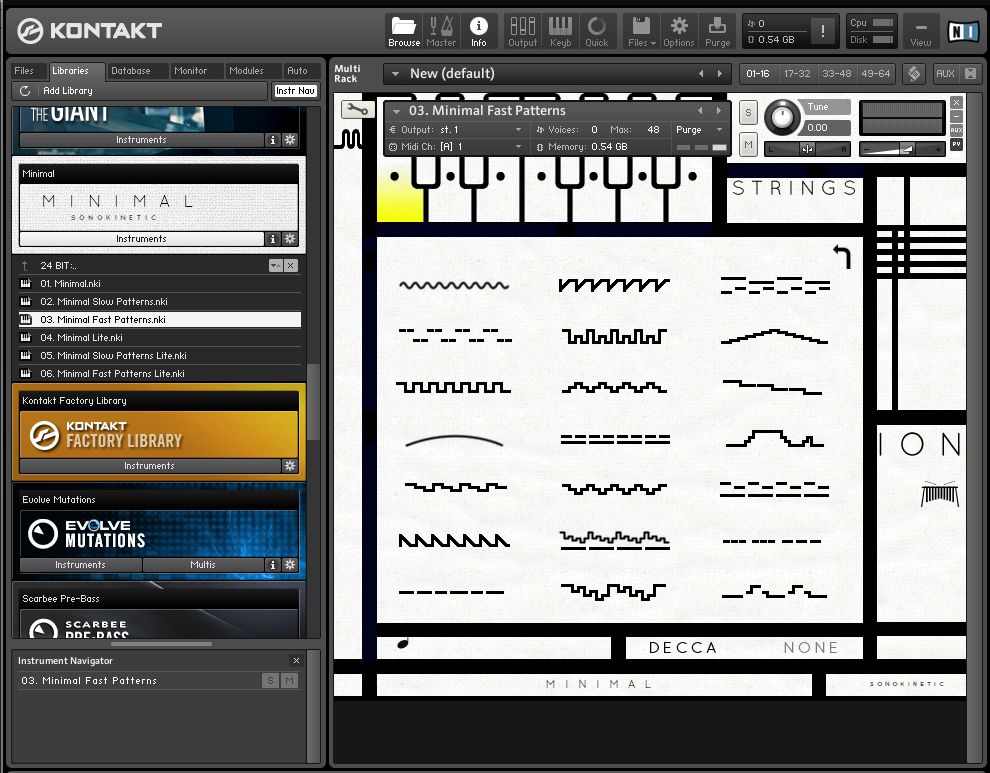 The various phrases are represented by interesting waveform style symbols.

Although this is a fairly compact review, it's well worth mentioning another feature called Harmonic Shift. This is controlled by using the key zone in the upper end of the mapping structure. This will give you further chord variations on specific parts to give your mix a new slant by allowing you to switch between related keys in an instant.

This is a really interesting take on the orchestral instrument and certainly gives those who lack traditional musical training or theory knowledge the ability to get some great strings into their projects. 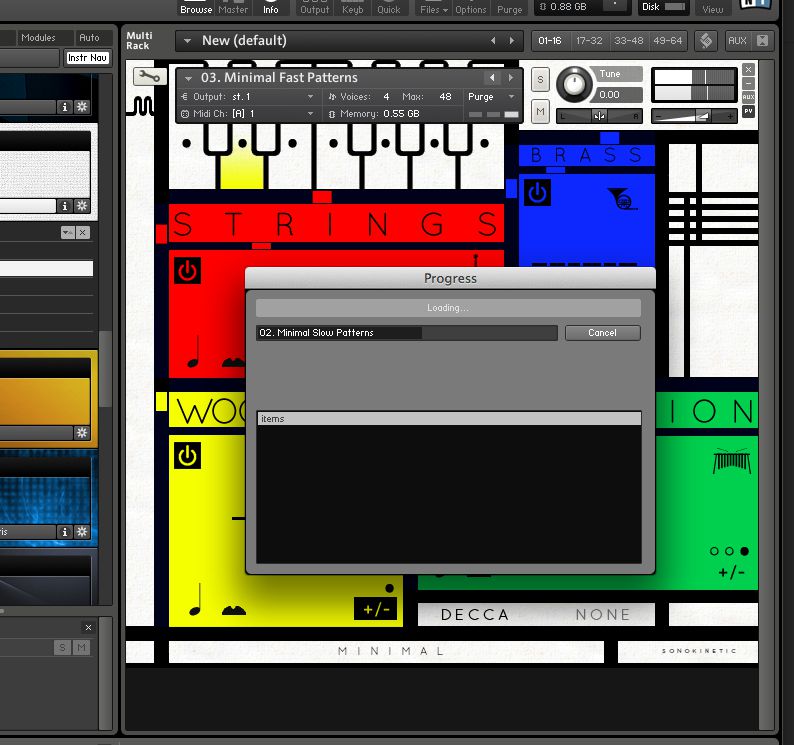 Load times weren't lightning quick but the amount of data is considerable.

Load times did seem a little lengthy in places and I also noticed some rather suspect CPU spikes, but it is early days and this is definitely worth a try if you're in the market for some orchestral action.