Getting a wider, richer vocal sound without re-recording or heavy editing can be tricky. So could Sonnox's new VoxDoubler save the day? G.W Childs finds out.

There are plenty of effects out there for fattening up beats, but not quite as many specifically for voice. Sonnox just rolled out an ingenious little blend of effects called VoxDoubler. In this review I’m going to enlighten you as to why the producers out there might really want to pay attention to this one.

You know the scenario: one track of lead vocals sounds amazing. But if only you could double the voice and really thicken it up? You have the singer spend hours trying to double the original vocal track but it just doesn’t sound right! You try duplicating the original audio take, as a double, and effecting it slightly differently. Even then, it still doesn’t sound right! 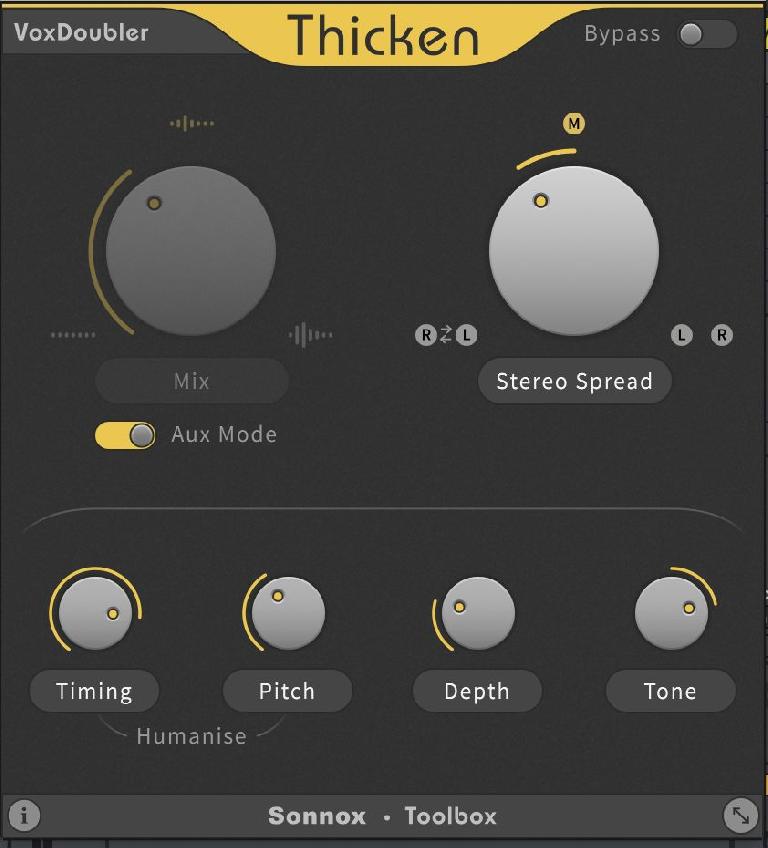 Sonnox has a cool little plug-in duo that comes in a package called VoxDoubler. It contains the Widener and the Thickener. One of them can make a huge difference in the vocals you are currently rocking. Together, they add presence, life and that little bit of something that seemed to be missing before and gets rid of a few steps in many producers' workflow, where duplicate vocal takes will be stacked, panned left and right. Widener makes two new stereo signals that can be panned harshly or minutely as well as taking a duplicate vocal take, slightly out of time, and pitch it to create greater thickness. Thickener actually creates a secondary vocal double that can run underneath the original or in parallel.

If you place either the Widener or the Thickener on a return track and place them in Aux mode, Mix is disabled. The intention is that in this mode, the return becomes an additional vocal track and can now be effected separately, running in parallel with the original take. While the source audio is one in the same, coming out of either the widener, doubler or both, what’s being played back through the Vox doubler duo isn’t exactly the same. This is where the magic of the VoxDoubler package comes in - you have Humanize features! 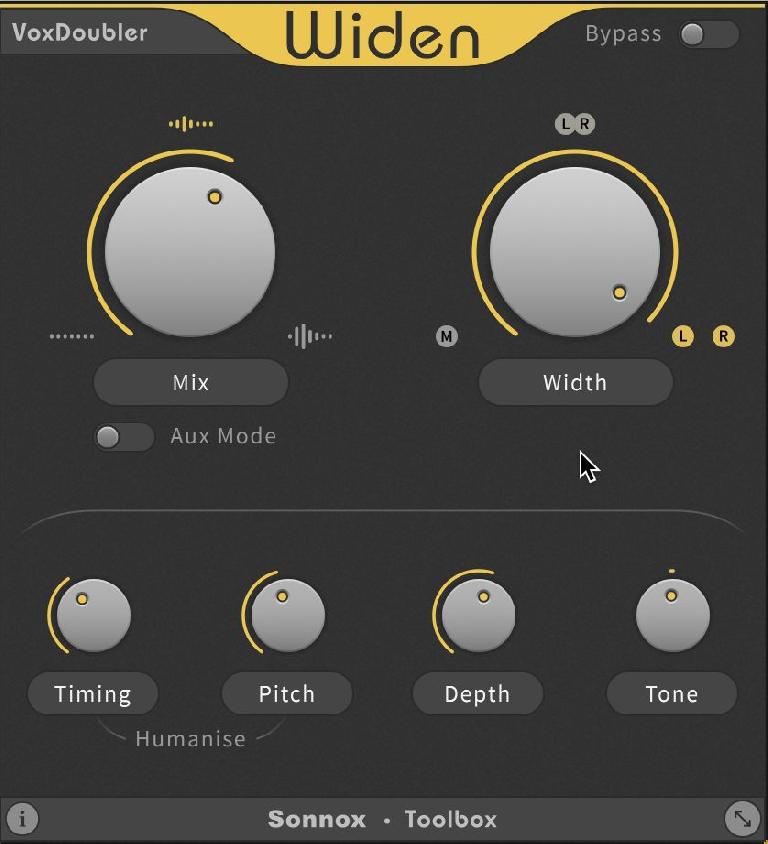 Timing and Pitch on both Widener and Thickener at higher settings cause natural variations to occur in performance and frequency, making it seem like you really do have that great of a secondary vocal take. Is it 100% in time with the original? Or 20%? Is the pitch 1 to 1, 100%? Or, is it about 50% in pitch, over time? Two knobs determine this. Depth, additionally, softens the duplicate voice, causing it to blend into the mix. Tone darkens the take, pushing it behind a little, ensuring the secondary take does not take spotlight over the first.

I tried the Doubler team on both scratch vocals and studio performances and was really amazed at how much additional presence is added. When the Widener is brought in, space becomes less of an issue immediately - in a few cases actually shortened up the mixing time, as I didn’t have to work as hard on the vocals. The Doubler is sometimes so convincing as a secondary vocal take, running in parallel, that I’m tempted to compliment the vocalist on work he didn’t actually do! Take a listen to before and after.

The Sonnox VoxDoubler two-pack would be a great purchase for new users and experienced users alike, as both the Widener and the Doubler really do pack some presence and would be of great benefit for voiceover, vocals, podcasts (announcer voice) and more.

Cons: Can be extremely processor intensive if you run more than one!