Language
For those in the market for a high-quality, budget condenser mic, reflection filter, shock mount cradle and pop shield, the sE X1 Studio Bundle ticks all the boxes. So how does this bundle perform?

sE Electronics have put together everything you need to record vocals in one box, clearly aimed at the budget end of the home recording market in terms of price, but let's open the box and see and hear exactly what you get for your money. 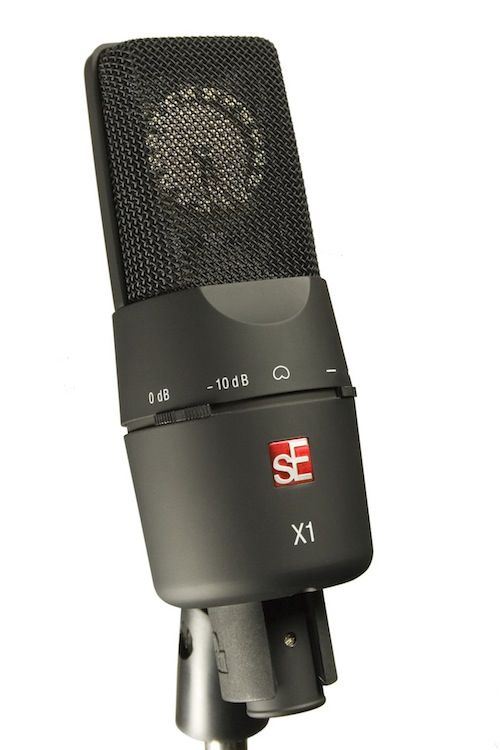 The X1 Studio Bundle is based around sE's new low price large diaphragm condenser microphone, the X1, or sE X1 to give its full name (see what they've done there?) Also included is the RF-X vocal booth (or reflection filter), a shock mount microphone cradle, a pop shield, a 3m XLR-XLR microphone cable and a various clamps and brackets to attach all this to your mic stand (not included!) The only thing missing as far as I could see was some instructions on how to put it all together - maybe sE considered that if you can figure out how to record audio then '˜putting stuff together' isn't rocket science either, but some would no doubt find this useful. 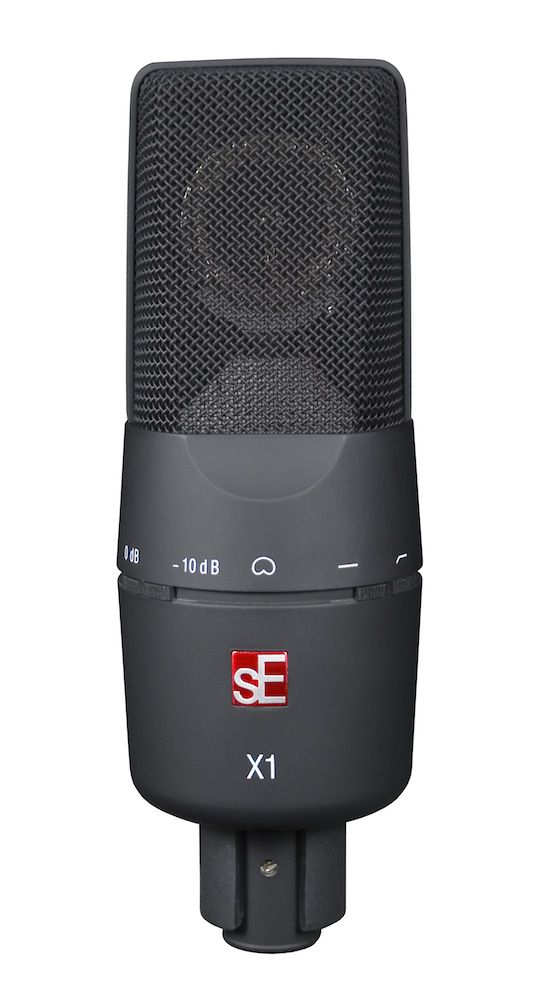 The Microphone - Meet the New Boss

Starting with the X1, the build quality, facilities and overall feel of this microphone are certainly beyond what you would expect considering the street price of this mic. It even has switches for a 10 dB pad and high pass filter - options not often included at this price point (although to be fair the switches themselves feel pretty cheap in operation). Perhaps it's the fact that sE have a dedicated factory over in Shanghai producing this stuff, but I wouldn't have been surprised if you told me it was twice the price if not more. It also looks the part, with a sleek modern design and finish. But what does it sound like? I compared the X1 with maybe its closest rival, the long established king of budget microphones - the Rode NT1-A, which has a similar '˜street' price, and my trusty AKG C3000, which currently retails for just a little more. The X1 is easily as quiet in operation as the other two, and produced a sound that was neutral across the low and mid ranges, with a useful boost to high frequencies, without any hint of '˜aggression'. Sure enough, when I checked the technical data for the X1 it shows a pronounced boost starting at 4 kHz, and rising to about + 3dB at 12 kHz.

Frequency response of the sE X1. 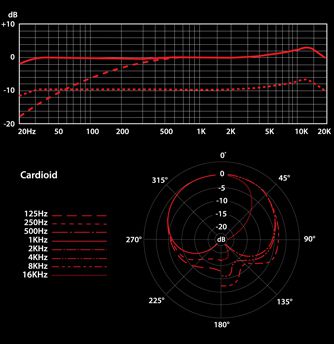 Frequency response of the sE X1.

This helped to bring out the consonants and articulation in vocals and add sparkle to acoustic guitar, but in a useful and not over-pronounced way, and will definitely help the clarity of vocals in a mix, especially male vocalists with less than perfect diction. In comparison the famously '˜warm' Rode sounded almost muddy and a little constricted by comparison. Interestingly the X1's sound was very similar to the C3000, which is perhaps a little silkier in character, but for the price the X1 makes an excellent choice as an all-rounder for the project studio. The king is dead - long live the king!

The high pass filter is certainly a welcome addition - low frequency content caused by the proximity effect can be an issue when using a reflexion filter as the vocalist is encouraged by its design to get close to the microphone. In use the filter did not alter the overall tonal characteristic of the X1's output.

The RF-X reflection filter is a lighter weight version of previous designs by sE, and incorporates four layers - the plastic frame (which is vented to allow low frequencies to escape), a wool fabric layer, an air gap, and then the diffusing layer of textured acoustic foam. In operation the RF-X functions just as well as previous versions, and has the added advantage of being lighter so can be fitted to a wider variety of mic stands, without fear of overbalancing. Don't forget that you will need acoustic treatment on the wall behind the performer's head to stop reflections getting to the microphone on the performer's side. Perhaps the only limitation is that the supplied bracket allows for vertical mounting only - not an issue if you are going to be using it for vocal recording, of course.

The pop shield is an interestingly rugged design - a metal grill with angled vents to deflect airflow away from the mic. It functions perfectly adequately, and may prove more robust than the traditional cloth-based design. My one '˜concern' here is that the edge is left exposed and, while not sharp as such, it would certainly wake you up if you brushed your cheek against it in a particularly wayward vocal performance moment!

The shock mount cradle does its job, no more, no less, and has a clever fitting for mounting the pop shield. Don't lose it though as this is the only way to mount the supplied pop shield. The supplied brackets are extremely useful as they allow you to fit all components to a singe mic stand with optimum spacing between each one, with a limited range of adjustment.

Pricing up the individual components of this studio bundle on a popular webstore gave me the grand total of Â£296 ($450/â‚¬350). The same site had the X1 Studio Bundle, as reviewed, for Â£189 ($288/â‚¬224). Considering what you get in the box, that is a serious bargain, and the clincher is that the X1 is a well-built microphone that outperforms its budget price, and comes highly recommended. All components are well made and effective at what they do, so just add the price of a good mic stand, and you really have got all you need to record vocals and instruments.

akaygole
terrrrrrrrrrible translation!
catastrophic machine translation!
Mortar
A pic of the RF-1 and pop shield hooked up to a mic stand would've been useful.