Language
Looking for speakers which are clean, loud, detailed, with a well-balanced sound but don't take up much desk space? Joe Albano finds out if Samson's Meteor M2 speakers fit the bill.

Samson’s latest entry into the field of low-cost audio products for DAW recordists is the Meteor M2 Multimedia Speaker System, which promises a new level of performance from a desktop speaker. Let’s see how they do. 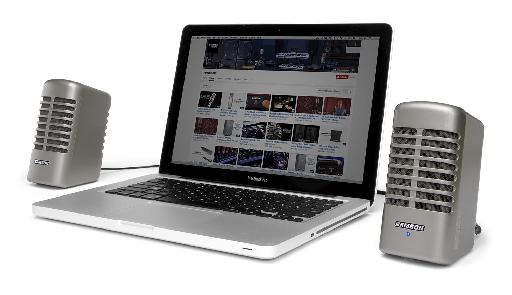 The M2’s come nicely packaged with all the necessary connections, and a nice, glossy printed manual to boot. The system consists of two speakers—an active, powered, unit, and a passive one. The passive speaker has a permanently-connected RCA cable of reasonable length to hook up to the appropriate jack on the active one. The active speaker has a standard (for computer speakers) 1/8” jack, and a 3’ 1/8”-1/8” cable is supplied in the box. This would be easily long enough for a hook-up with the speakers in their typical position, alongside the computer, but since I set them up alongside my main (console-top) monitors, I had to dig up a longer 1/8” cable—surprisingly absent in my big box o’ wires. The active speaker has three soft buttons—power, and volume up & down, which can either be pressed repeatedly or simply held down for level adjustments—the system powers up at the level you last set. The whole thing is powered by the included AC adaptor. The speakers have a solid feel, with non-slip rubber on the bottom, and a slight upward tilt, and their small size—5.8”H x 2.8”W x 3.7”D—makes placement a snap. 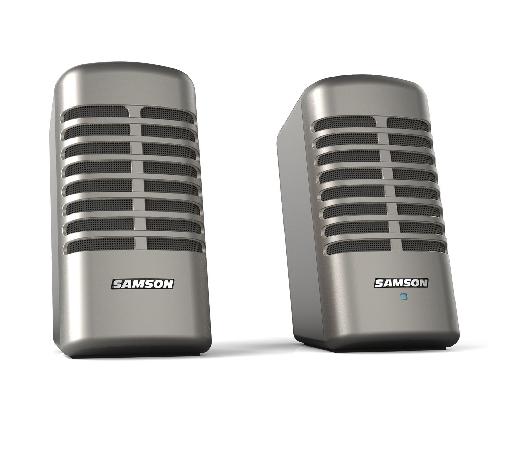 While each speaker basically consists of a small full-range driver—either 2.5”, per the webpage, or 2.25”, according the manual—they each also have a second, rear-mounted passive driver of the same size as well, for extra bass extension. 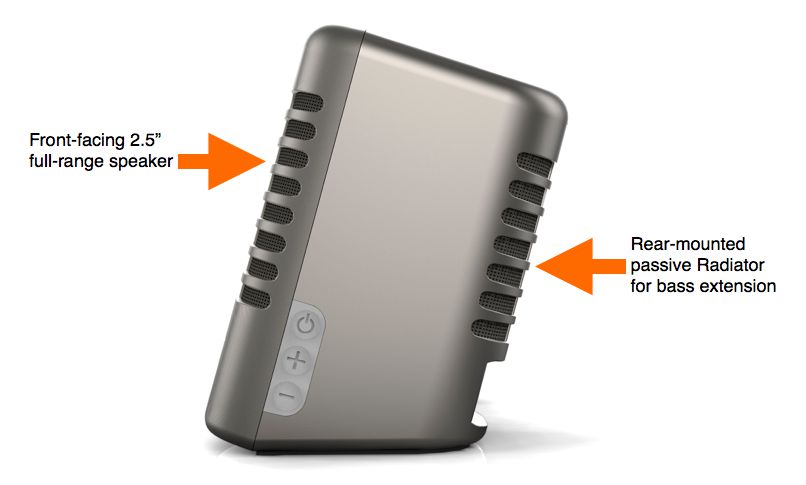 This comes with what Samson’s literature describes as “internal digital signal processing optimized for fatigue-free listening”. No detail is included as to what that processing might entail, but, judging by the sound, if I had to guess, I’d think maybe some frequency-response tailoring, to tame the mids and add detail to the highs, and possibly an internal limiter, to keep the speakers from getting too crunchy when driven hard. Whatever it may be, the only real question is, what are the results—how’s the sound?

Samson touts the M2 as providing “full-range sound beyond its compact size”, so I set out to see how they would stand up. An initial quick listen confirmed two things. They sound good—as expected, they blew away the built-in speakers in my iMac, but then, that’s the whole point of this kind of product. But they also revealed what, I would agree, is a full-range response surprising for a speaker of this diminutive size. As more of a torture test, I set them up alongside my main console-top monitors, a pair of older 2-way KRK 6000’s with a 6” woofer, and a pleasingly neutral sound, rich in midrange detail—admittedly, not really a fair comparison, but a useful one. 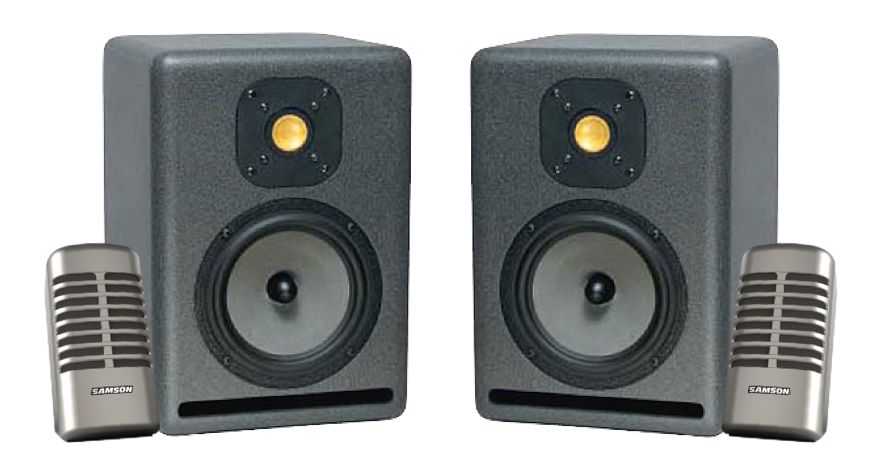 The M2’s held their own up to my usual medium-loud listening level, maintaining a good sense of clarity. If I pushed harder, they could get a little squashed-sounding, but I hardly ever run the mains at that level, so overall, as far as volume goes, the M2s stay clean at levels that are more than loud enough, when requested.

Their frequency balance reveals a more forward midrange than studio console-top speakers, but it’s never pronounced enough to really call attention to itself, except in direct A–B comparison. Vocals seem to maintain their proper balance against the track through the M2s, even if they have a little extra midrange presence. The highest octave—often weak in single-driver compact speakers—was not only there, but succeeded in preserving detail in busy mixes. The lower mids seem very slightly attenuated, most easily noticed on male vocals, but not much more so that on many much larger systems.

The most striking aspect of the M2’s sound, though, is the bass. Thanks to the rear-mounted passive drivers, they produce far more low end than a speaker of this size should have a right to. This is not simply upper-bass “boom” masquerading as lows—it’s reasonable bass extension. Sure, there wasn’t as much of it as with the much larger (6”) woofers in the KRKs I was (unfairly) comparing it to, but it gives the M2s a sense of solidity that’s usually hard to come by with small drivers. And, I should point out, this was with the M2s set up free-standing, with no nearby walls to reinforce the lows. This would be the expected positioning—on a console top mount or aside a computer on a desktop—but if they were moved against a wall, they’d probably develop even more lows, although maybe not as even-sounding and well balanced as what I heard, which is a big selling point.

If I had to briefly sum up the M2’s sound, I’d describe them as clean, reasonably loud, and having a well-balanced response, with a slight midrange emphasis, but excellent high- and low-frequency extension—certainly living up to Samson’s promise of full-range response that belies their small size. They easily shine as a replacement for built-in computer speakers, and they stand up as a second (or third) set of monitors for evaluating recordings and mixes, from the perspective of smaller-system listening. When it comes to desktop speakers, the Meteor M2s definitely deliver the goods.