The latest update to Samplitude from Magix brings a host of new features and technologies, all in a package that remains distinctly affordable. Hollin Jones put it to the test.

Following on from big updates to Acid Pro and Sound Forge, software developer Magix is back with a new version of Samplitude Music Studio, its entry level DAW that nonetheless has an impressive feature set. Its core system requirements are low enough for even those with older machines to run, though a few of the higher end tools will benefit greatly from a more powerful computer. Priced at just £79 (around $100), it’s very affordable and the latest version brings much more to the party than you might be expecting. 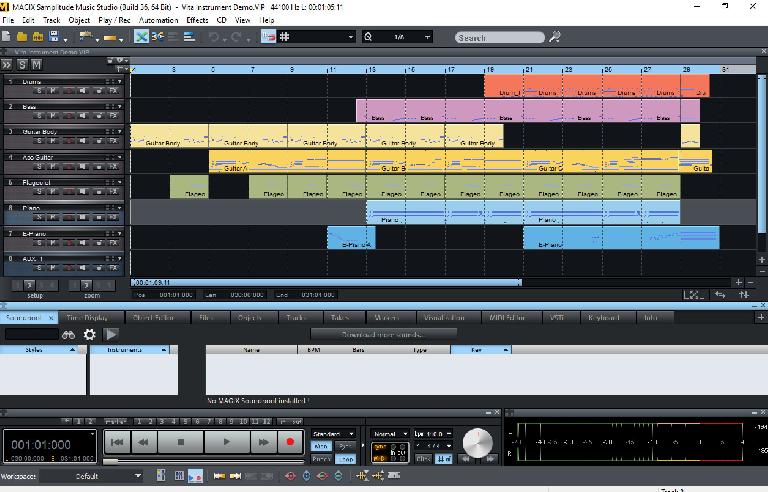 Samplitude Music Studio is a Windows-only DAW that offers pretty much everything you need to record, mix and edit audio and MIDI. While it does have some limitations compared to higher-end DAWs, it’s also much more affordable and many of those features are things that producers working at a more intermediate level won’t miss. This version has got a new look, with a “carbon” style applied across the app which is functional and easy enough on the eye. There’s a new 64-bit architecture, multicore support and 24-bit, 96kHz multitrack recording, all of which are essential for a modern music system.

You are now able to use up to 32 instruments in a project (twice as many as before) which isn’t as many as some might like, but you can always render tracks down to free up slots. There’s a good selection of VSTs supplied including several completely new models. Vita is Samplitude’s native sample-based instrument and you now get three new takes on it: Orchestral Ensemble, Grand Piano and Sansula, which is a kalimba instrument that’s great for scoring tasks. Effects are plentiful too, with the new essentialFX suite bringing 11 core effects with a unified design to your productions. Featuring de-esser, gate, reverb, limiter and more, it’s a great selection for everyday mixing tasks. A full list of instruments and effects can be found on the website.

It’s worth pausing for a moment here to mention the additional effort that’s gone into making setup easier for less experienced users. There’s a handy launch window that contains shortcuts for different types of project, and the app uses a more or less one-window system with tabs and menus that’s pretty easy to get to grips with. It could possibly use a little more refinement - the look might be a bit clinical for some - but its utility is not in question. ASIO performance and audio tracking worked very well in my tests, as did audio editing and working with MIDI.

There are more upgrades including the ability to automate the master channel, and MIDI velocity dynamics editing as well as existing technologies like VST3 and ReWire support, and the MAGIX Audio Remote app for iOS and Android that lets you control some aspects of recording and sound shaping remotely - a feature that is always welcome in any DAW. 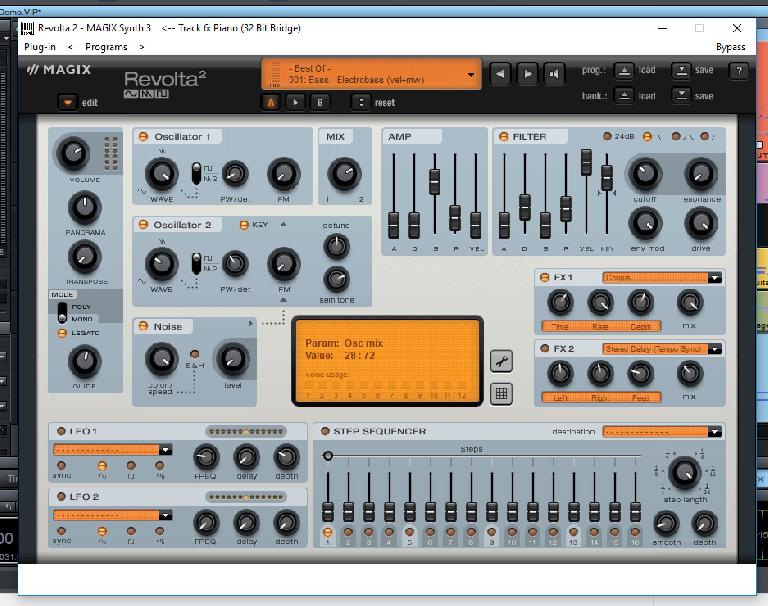 Samplitude Music Studio is a solid and affordable DAW for Windows that offers a great feature set for anyone not needing all the bells and whistles of a significantly more expensive application. There are some limitations but probably nothing that would trouble producers working at beginner to intermediate levels. Updated under-the-hood technology helps it perform on the latest systems, but it’s also designed to work on older machines as well. A free demo version is available for you to check out.

Cons: 32 instrument limit may not be enough for some users. Some may still find the interface a little clinical.

Daniel
Will Samplitude Music Studio 2020 work when sharing sound with a Zoom meeting and Zoom host (I need to play live midi piano for a Zoom dance class - I have PC), as does Logic Pro with MACs? If not, what music/recording software will thus work with a PC?