Language
Following on from Sample Logic's acclaimed CinemorphX & Cinematic Guitars, Morphestra 2 is a stunning instrument for composers & sound designers. We got exclusive hands-on before release for review.

Sample Logic is at it again! I’m going to admit, I get a little giddy each time they announce a new instrument and the reveal of Morphestra 2 is no exception. It’s an instrument that hits all of the marks that endear Sample Logic to composers and producers everywhere. A boatload of content, an easy to use interface, endless tweakability, and inspiring sound design. In case you can’t already tell, I’m a big fan. As much as I love Cinematic Guitars Infinity, Morphestra 2 is en route to being my ‘first load’ when I’m faced with a new composition project. Let’s find out why!

What’s it All About

One of the things I love about Sample Logic is that they are very true to their vision of what types of instruments they produce. I feel that some companies can stray a bit far from that at times. Diversity in a product line can be great, but sometimes you can become a jack of all trades and a master of none. Sample Logic has truly mastered the art of creating instruments that just seem to ‘play themselves’. 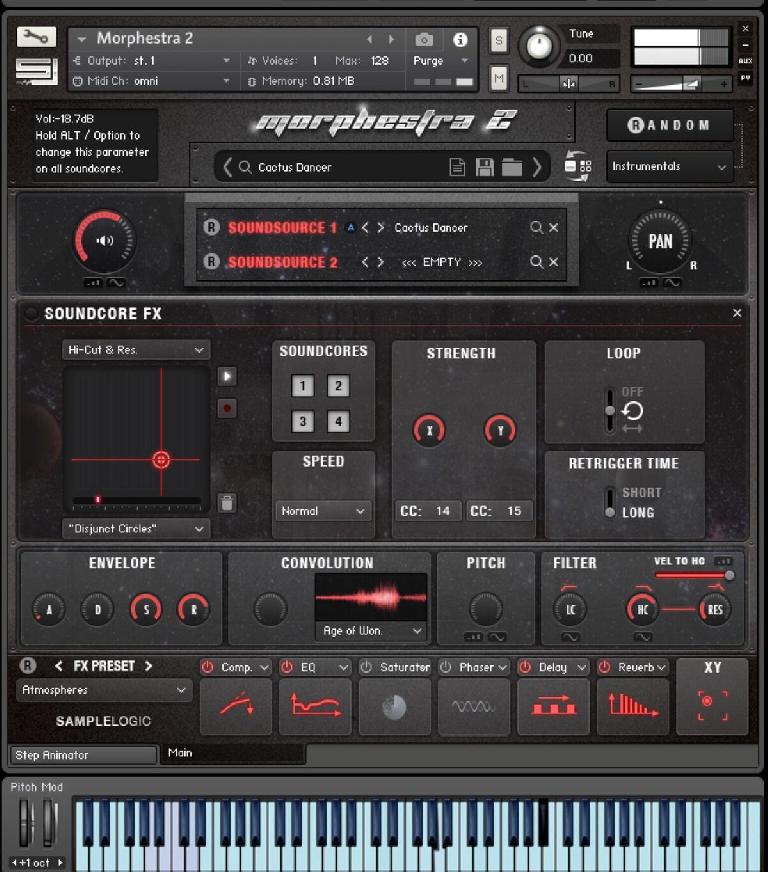 Morphestra 2 takes true orchestral recordings and morphs, twists, resamples, and processes them until you’ve squeezed out every ounce of sonic deviation you can from the original samples. The combination can be really inspiring, and I found myself digging into Morphestra 2 for a few hours and getting lost in inspiration. I started making notes on where I could integrate Morphestra into my current productions and completely forgot I had a review to write!

The interface is really fantastic. You get 4 ‘cores’ to work with that can really wring the maximum amount of sonic goodness out of a sound. Each different type of sound can react differently, and you can easily morph/mix between all 4 cores. It may seem a bit daunting to navigate at first glance, but the interface is extremely well designed and you can be adjusting parameters effectively within minutes.

Set it and Forget it

One of the best features of Sample Logic instruments in general is their preset design. Don’t worry, the tweak-ability is there, and you can get really deep into altering the presets and randomizing parameters (there’s even a dedicated randomize function that is customizable!). I think it’s important, however, to point out that Sample Logic has provided thousands upon thousands of really inspiring presets. There are so many atmospheres and ‘one note combos’ that simply deliver. With a load of a patch and a press of a single key you can score entire scenes of video projects quickly and effectively. 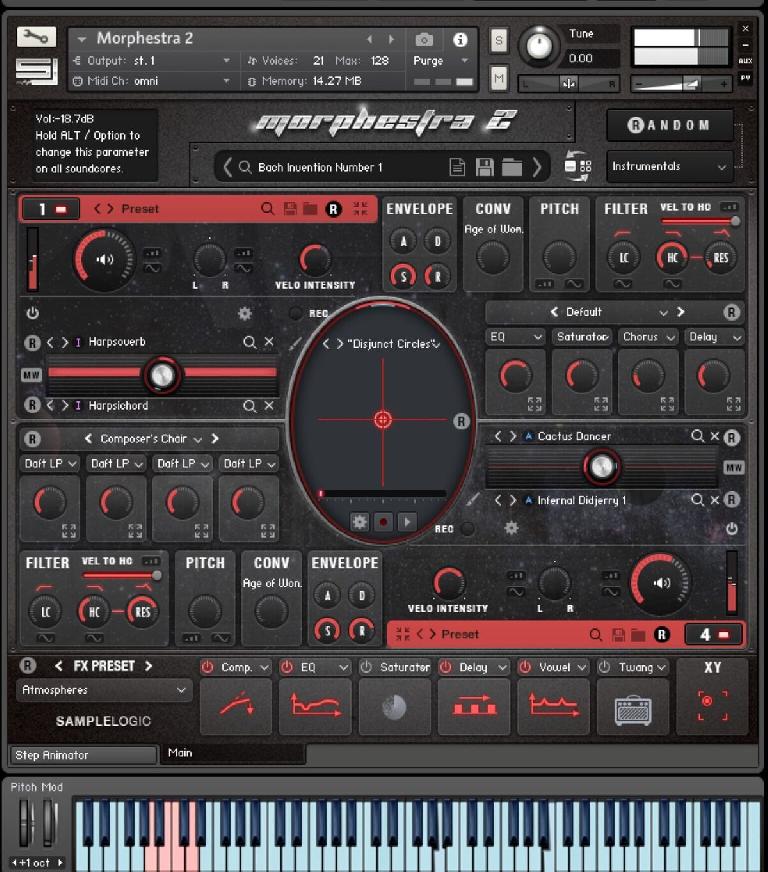 Don’t be fooled by the plethora of ‘auto played’ content, however. There are some really great playable instruments here as well. Under the category of ‘instrumentals’ you get some wonderful playable instruments that range from simple to massive. As if all that weren’t enough, you also get the entire content library of Morphestra Generations which just blew my mind. Much like they did with Cinematic Guitars Infinity (including all of the previous Cinematic Guitar libraries), Sample Logic has brought their legacy content forward and bundled it with their new engine to give you an incredible value. 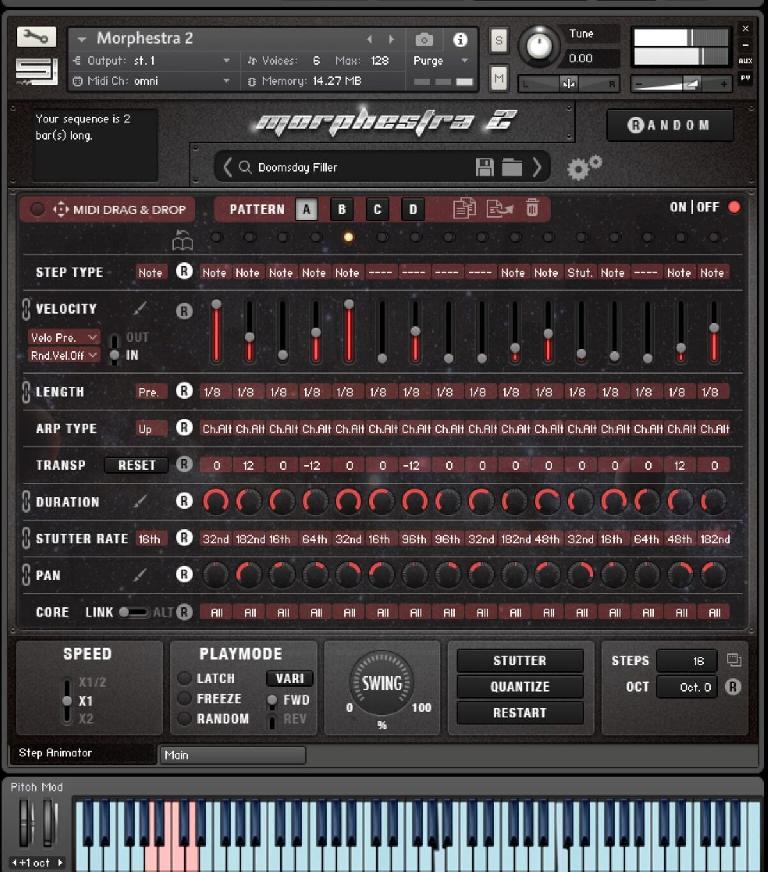 In fact, I had missed the original Morphestra instrument, so half of the fun so far for me has been going back into the multis library and loading up some of the huge Morphestra Generations patches. All of the legacy content holds up well and fits right in alongside the new content. All in all, you get 26 gigabytes of content and a really seamless engine to tie it all together.

I’ve said it before, and I’ll say it again—I’m a huge fan of instruments that can save me time as a producer/composer. Morphestra is an instrument that will inspire you and allow you to craft complex film and production beds in record time. The presets are well designed, there is a lot of diverse content, and the instrument runs flawlessly inside of Kontakt. Two very tired (from all the playing!) thumbs up from AskAudio on this one for sure!

Cons: The sheer amount of presets and content could overwhelm the beginner user. My advice? Just dive right in. Hours will pass by and you won’t even notice.