Language
There's lots of microphones for capturing good quality sound in a studio or project studio environment, but how does the Royer R-121 ribbon mic stand up? Sara Simms puts it to the test.

I had the pleasure of trying out the Royer R-121 Ribbon Microphone recently in my studio, and was extremely impressed with the results. Originally released in 1998, Royer's re-engineered their classic ribbon microphone and re-introduced it to the world. The R-121 promises to give warmth and natural sound in a lightweight and compact microphone. But would a mic this small be able to live up to its reputation and record high SPLs? I decided to put it to the test in a recording session to find out. 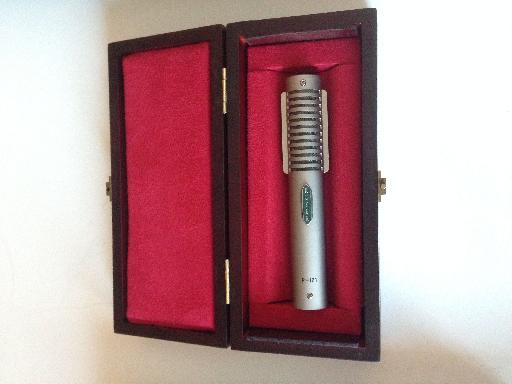 The R-121 is a beautiful slim silver microphone that comes in an equally impressive wood case. It has a figure-8 pattern, and its output levels are similar to a dynamic microphone. It was my first experience recording with a ribbon microphone and I was curious to hear how it would perform. To test it out, I recorded my US Standard Stratocaster through a Roland amp and listened back to the results. It's worth mentioning that in order to record with the R-121, I did need to use a special Royer Sling-Shock microphone mount to position the mic correctly. 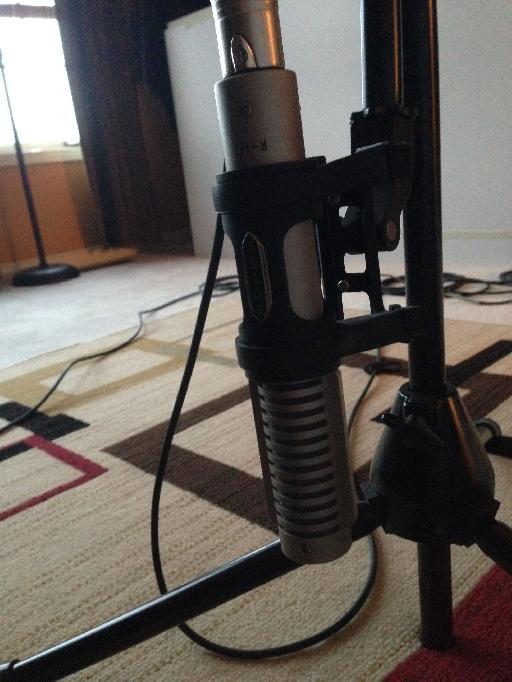 The Royer R-121 recorded my guitar with an exacting, realistic tone. Overall, the recordings sounded well-balanced throughout all the frequency spectrums; the bass was present, the mids were detailed and the high end sounded smooth. I tested out recording the amp from very close to the amplifier and a few feet back to capture room tones. The R-121 performed extremely well in both situations; overall, the music  sounded gorgeous and lively on both my distorted and clean recordings. It seemed to be a great match for my digital recording system and gave a natural, subtle analog feel to both the gritty and clean tones I recorded. 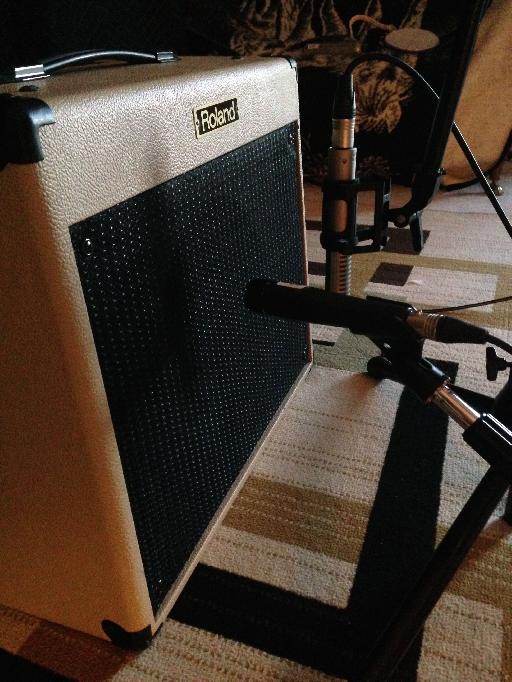 The Royer R-121 is capable of recording very high SPLs; the maximum SPL level it can handle is 135 dB at 20 Hz. I didn't come close to testing out recordings quite at that level, but did record at high levels close to 80 or 85 dB. The R-121 stood up to the test and its tolerance for recording high SPLs makes it perfect for recording loud instruments like trumpets and booming drum kits.

The R-121 has a unique design that positions the ribbon element closer to the front (logo) side of the microphone. This arrangement gives the ribbon a little more space to move within the magnetic field while it maintains the full frequency response during high SPL recordings.

Another useful feature of the R-121 is that if the mic is turned to the back, the mic sounds brighter as long as you are within three feet of your sound source. This is a useful trick that can be used when recording instruments that you'd like to capture a brighter tone on, such as vocals and acoustic guitars.

The Royer R-121 comes with a lifetime warranty, which makes me feel more comfortable about investing in it. If there's any sort of problem, it's a relief to know that Royer will take care of any issues that might arise.

Overall, the Royer R-121 is a small mic that's tough enough for high SPL and produces warm and smooth tones. It's a versatile mic that can be used in the studio, or even on the stage. It's built to last and could easily become the 'go-to' mic in any talented engineer's or producer's collection. In particular, electric guitarists will find this mic useful when recording, as it's especially well-suited to capturing the sound of this instrument. The Royer R-121 would be a great investment for anyone who is serious about capturing the best possible sound they can. Highly recommended.