Language
The new Roland AIRA series initially received a mixed response from critics. But having played with the System 1 Plug-Out Synth for quite a while, Rennie Foster delivers his in-depth verdict.

Roland have been the talk of the town recently it seems. Their AIRA series, now with its fourth family member, the SYSTEM-1 synthesizer, has really been a big deal, meeting with both critical and supportive responses in droves. It seemed at first that the negative response was going to be the verdict, but gradually, even some of the most vocal critics started to change their tune. I'm no expert, but it seems to me that the cause of this change of heart might be in getting to know this new approach a bit, and finding out that there is much more than digital recreation of original, analog, hardware, on the table here.

"There is much more than digital recreation of original, analog, hardware, on the table here."

The SYSTEM-1, seems to be grounded in Roland's new approach to firmware technology, ACB, or "Analog Circuit Behavior". A very original approach that is difficult to describe for me, as it is both uniquely complex and deceptively simple in functionality. The SYSTEM-1 is not only a great synth, with loads of personality and function, but a sort of a base engine for this new technology, able to "build" within it whole other synthesizers, as a “Plug-out".

"The sound is rich, with a lot of low-end power for basslines, but also detailed leads and chord friendly sounds."

Before I get into that, let me first tell you about the SYSTEM-1 on its own. It's a fantastic, dual oscillator, 4-voice, virtual analog synth, with all the power and grit that that entails. Reasonably priced as well. The presets are great places to start immediately tweaking from, even for someone who may be purchasing this as their first piece of hardware. No display screen is necessary, it's a hands-on environment with tons of possibilities right out of the gate. The sound is rich, with a lot of low-end power for bass lines, but also detailed leads and chord friendly sounds. There are some really nice, but generally basic effects, it's not rocket science, but it is definitely some good, fun, science fiction. However, the real futuristic action is in that little button marked "plug out". 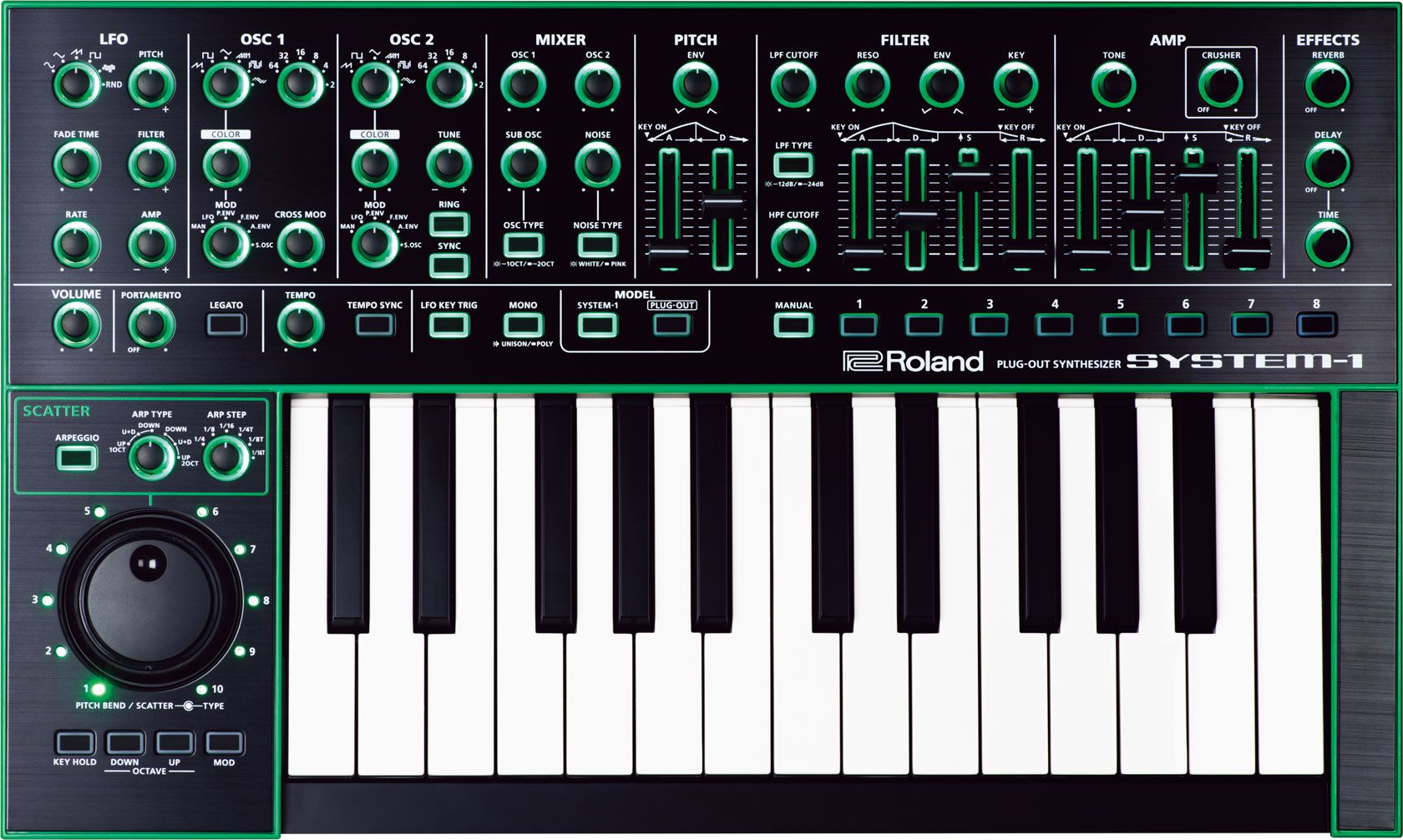 Enter the SH-101 plug out. Only the first of many to come, as promised by Roland HQ, and this one's free for all owners of the SYSTEM-1. Think of it as a demo of some huge possibilities ahead (rumors say SH-2 and Promars are next), and where else to begin than the basics, the 101, the legendary mono synth, still widely coveted by techno fiends in dingy basement studios all over the world? I have never actually owned a 101, sorry to say, or honestly any real analog hardware. I am from the school of workstations like Roland's Groovebox series, Korg M1, or Yamaha RM1x… and then "computer world", to ironically quote Kraftwerk. However, many of my more analog savvy friends have vouched for the faithfulness of the emulation, and all comparisons aside, it sounds very, very, fat to me. 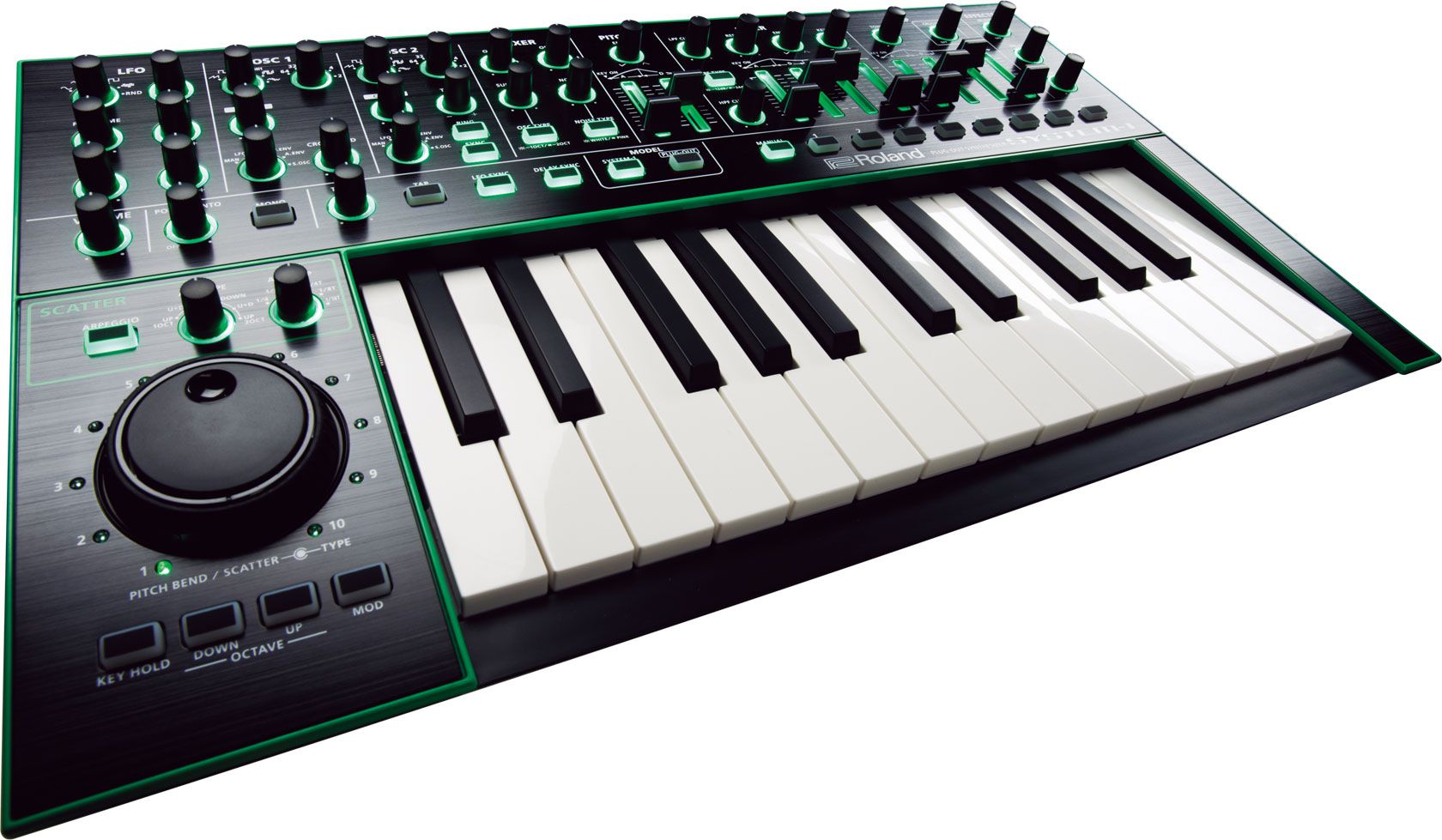 You will notice, right off the bat, that some of the lights have been dimmed out. Fear not, this is no malfunction. The SYSTEM-1 has now used its ACB technology, and information given to it during your upgrade, to "build" an SH-101 inside itself, virtually, circuit by circuit. Just take a second to wrap your mind around that. It will only light the controls that are relative to the functionality of this "new" synth. For example, the SH-101 is a mono synth, so now you do not have the option to switch it to poly, etc. Although I should mention, magically, the basic effects of reverb, delay and the bit-crusher, are available on both the SYSTEM-1 and the plug-out synths, even the trusty 101.

"The level of control, and diversity, possible with this new system is invigorating creatively."

Once this has been installed into the engine of the SYSTEM-1, you can unplug the synth from the computer, and it is a fully functional hardware synth. You can do this with only one “Plug-out" at a time, but can store other synths on your computer to load into the engine when you need them. I know, it's crazy, but wait… there's more!

It works in the other direction as well, because attached by USB, the “Plug-out" is then activated as a traditional plug-in, inside your DAW. The physical SYSTEM-1 functions as a controller, but the audio of the synth is in your DAW, like your other plug-ins. So you are starting to get the picture of how much malleable control we are really talking about here, not to mention it is also very easy on your CPU. It's exciting stuff, and not in a flashy un-functional way. 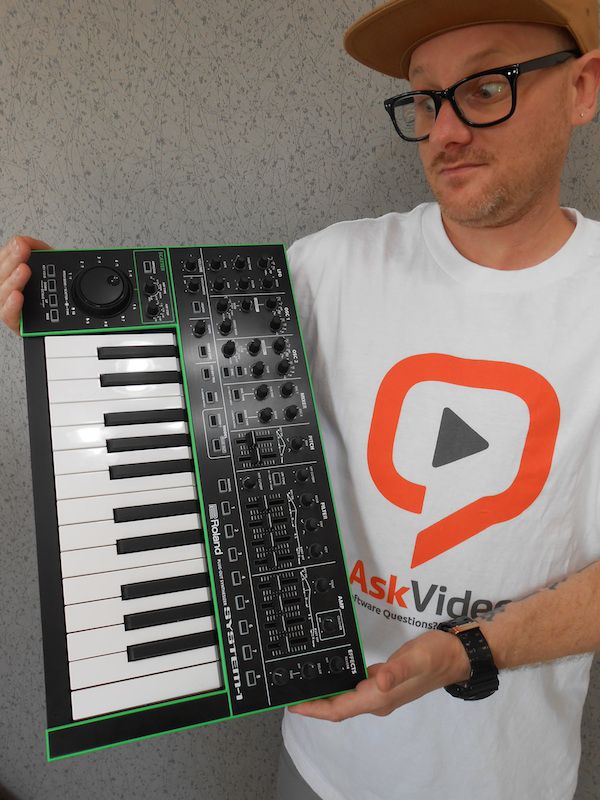 Roland have taken some flack in the past for their Grooveboxes and such, but really, wasn't it just an attempt at getting the control and power of expensive studio functionality into the young and talented creators that were forging a new horizon of electronically made music? This is along that same train of thought, but with four decades of ingenuity to back it up. The level of control, and diversity, possible with this new system is invigorating creatively, at least to me, and I imagine other artists as well. I await the next “Plug-out", and am excited about the possibility of hardware that is expanded, and upgraded, the way we are so used to our music software being. Roland have always been into keeping hardware relevant, and not just "retro", as many of their fans sometimes wish of them, and I think this attempt is going to change a lot of minds. Very persuasive to their cause, and a great case for the future of hardware music creation.