Language
We took ROland's System-1 Plug-Out synth VST for a spin to find out if it has that classic Roland sound and how well it integrates with the hardware version of the System-1.

With all of the soft synths released over the last decade, very few have ever sported the actual Roland name, burned across a virtual faceplate. However, recently Roland has entered into the VST/AU fray with a very exciting System-1 plug-in that I couldn’t wait to give a try. How did Roland do? Let’s take a look!

The purchase and download process was actually pretty sharp, and I really like that after downloading, like NI, and some of the other companies, you’ve got easy access to your purchased plug-ins, from Roland, within the Order History/Download page. This page came in very handy, later, as I was sure there had to be an update for the System-1, as the performance was worse than I could have imagined, maxing my CPU meter in Ableton all the way up to 150%. 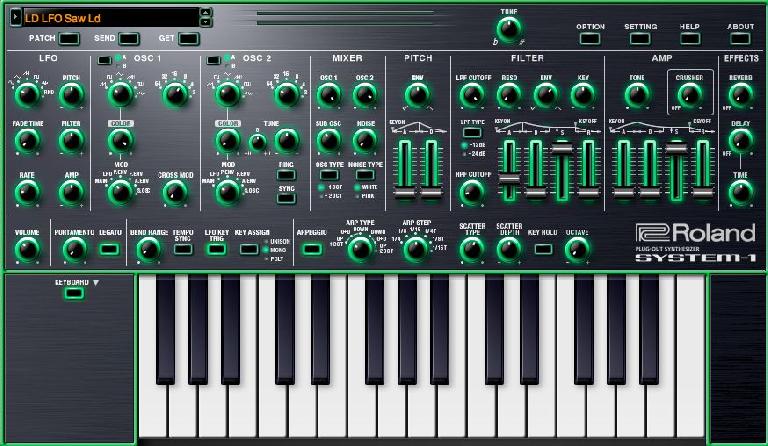 Thankfully, version 1.01 was available, and indeed, my CPU meter was lower... On some patches. Basses, leads and patches that don’t utilize a lot of voices, effect, or polyphony generally move my CPU, with nothing else going, up to 20%. With a pad selected like PD Bright Strings, however, my CPU shoots straight up to 70%. And, that’s when I’m playing a single key. A chord bottoms out my CPU completely. 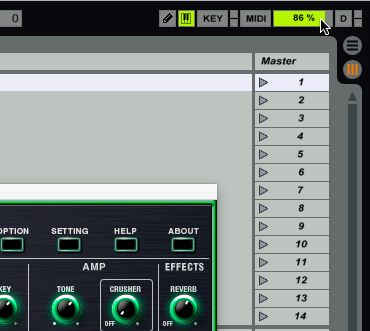 Additionally, the System-1 seems to have a hard time clearing resources, moving from patch, to patch. If you go from one patch that uses a lot of resources, to any regular old patch, you’ll often notice that your CPU meter will remain pretty high, after changing a patch, until the resources are finally cleared within the System-1, itself. And, this is when  no other activity is taking place within the project, and there are no more plug-ins.

Sadly, I did not have the hardware available to try out how well the virtual, and physical versions work together. But, I was very impressed in reading that the plug-in can act as an editor/librarian for the hardware version, and that patches and banks could be sent back and forth.

Soundwise, the System-1 delivers. It sounds like the classic Roland of old! I found this to be particularly true with patches that utilize the Sawtooth oscillator mode, as the Cross Modulation knob/functionality allows the two internal oscillators to create some serious depth and complexity with in the waveforms being generated, giving you a nice phatness.

The Arpeggiator is simple, but very enjoyable. It reminds me quite a bit of the now classic JP-8000 arpeggiator, in the sense that there is an optional Scatter mode. By adding in a little, or a lot of scatter, the arpeggiator will begin introducing random changes to the pattern. The result is easy, quick basslines, leads, plucks and more that bring back some of that cool spontaneity that the classic Roland arp gave you, only as a plug-in.

I really like the System-1 plug-in, but it still feels like it’s being developed, while it’s not fully ready. If the hardware somehow takes some of the burden off the CPU, then I’d be doubly worried, as the plug-in is supposed to work alone, for people like me, who don’t have the hardware. I would recommend keeping an eye on this plug-in, and waiting to see from the forums, if any future updates incorporate further fixes into the System-1. Once some of the performance problems are out of the way, I think this plug-in has the potential, and the sound, to really bring some depth, fun and enjoyment to any project.

Pros: Sounds great, and has that classic Roland sound. Integrates with the hardware version and can act as a librarian/patch editor.