Review: Roland Boutique VP-03 Vocoder Synth & How To Use it With Your DAW

Language
Much has been made of Roland's new Boutique synth range. The VP-03 is a digital (ACB) recreation of the 35+ year old classic VP-330 Vocoder. So, how does this new synth stand up to the test of time?

On the 9th of September 2016, Roland added 3 more devices to the Boutique line of products. The TR-09 Rhythm Composer, TB-03 Bass Line & the VP-03 Vocoder Synth. Here we are going to talk about the VP-03 which is a digital recreation of the original VP-330 Vocoder Plus from 1979.

Plus there's an excellent tutorial video below showing how to integrate the VP-03 with Ableton Live (or any DAW).

Keeping in line with the Boutique theme, Roland used its proprietary Analog Circuit Behavior (ACB) technology in the VP-03. 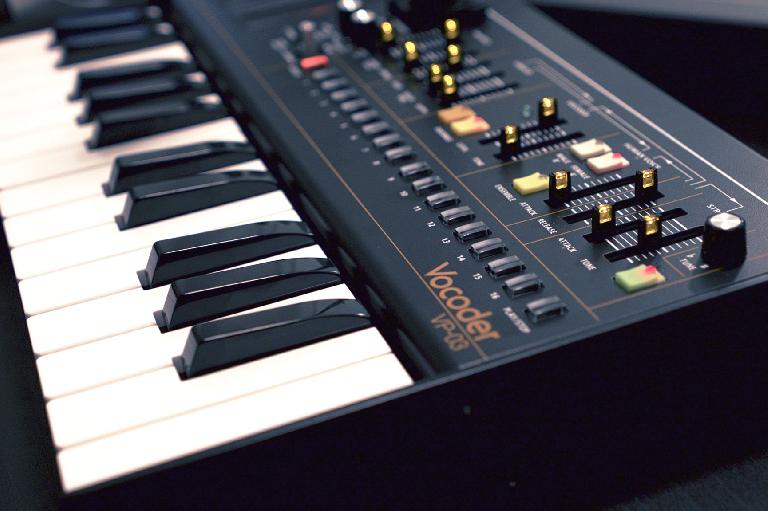 Staying true to the original, you get two internal synth parts. The classic strings and human voice. The strings section has an attack and tone control while the human voice has a male female switch, an ensemble switch for chorusing, along with its own separate attack control.

There is a Vibrato section with controls for Rate, Delay Time & Depth. The vibrato depth can be controlled via the C2 mod ribbon control. One thing to keep in mind is that the vibrato does not work on the strings part. It only works on the human voice part and the main vocoder part.

Let's talk about the vocoder section which is the main selling point of this synth. The controls are quite straightforward. You get level and tone control sliders. There’s also an ensemble switch similar to the one for the human voice part that adds chorusing. You also get a Direct Mic level slider which lets you hear the original microphone signal.

The Microphone included is a gooseneck style mic which needs power to run, hence the Plug-in power switch. If you plan to use a regular dynamic mic, you can switch this power OFF. The power is 3V DC so it is not powerful enough to power a condenser mic. 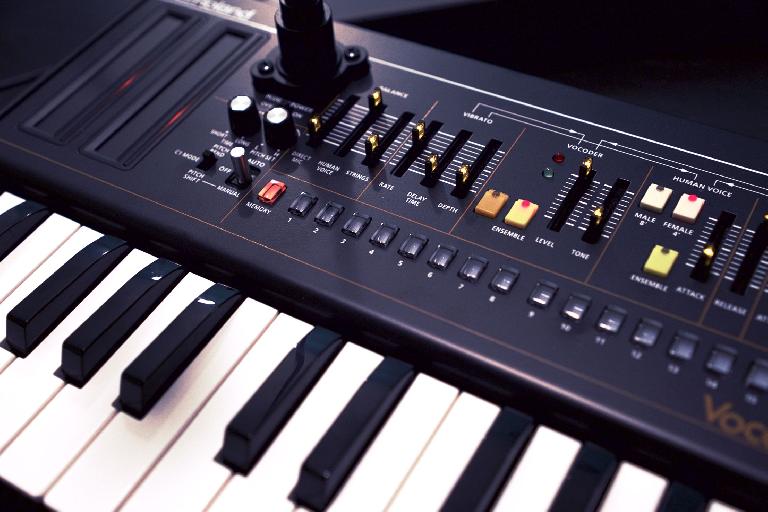 There’s a really nifty chord memorizer section where you get 16 different preset chords to choose from. Select a chord type and every note will then play that chord transposed. This can be handy if you are not a proficient keyboard player. You can even create your own chords and trigger those instead.

Similar to the older Boutique synths the VP-03 has a polyphonic 16-step sequencer with controls for entering in notes, adjusting gate length, turning ON/OFF individual steps, order of steps and even swing. The sequencer works on all the three parts (strings, human voice & vocoder). 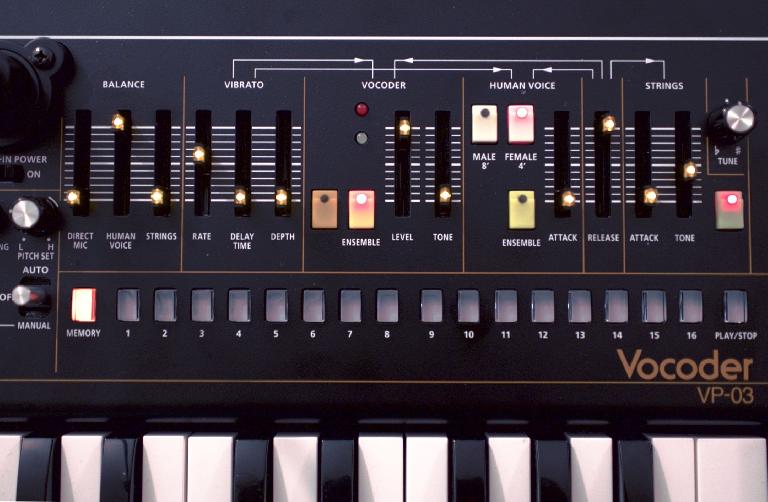 There is no mention of the actual polyphony of the synth but from my testing it seems like the maximum polyphony is 6, though it seems to have a unique monophonic mode, where playing consecutive notes/chords will choke each other. Meaning no two notes/chords will overlap. So let's say you crank up the release and play notes/chords one after the other, you will not hear any overlap.

The VP-03 has the usual 1/8 inch connectors for audio output, MIDI IN/OUT ports and micro USB for audio/MIDI. All very similar to the rest of the Boutique line of synth. 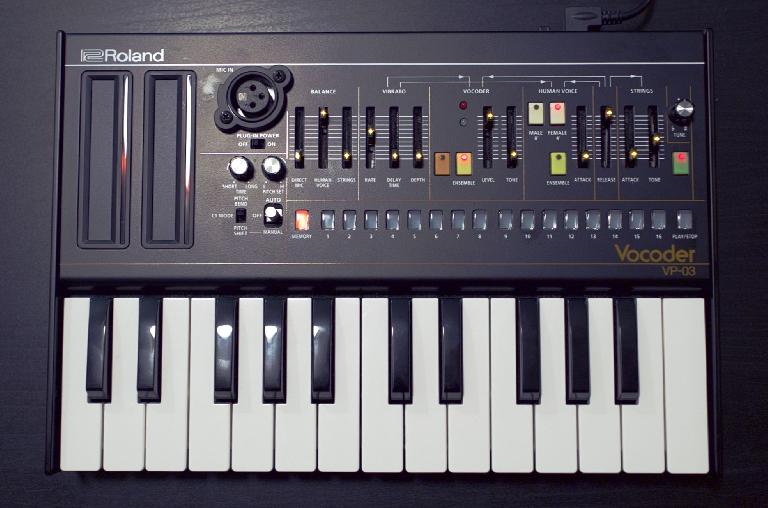 Digital Input for the Vocoder

One really unique aspect of this synth is that you don’t need to use the microphone to input a modulator signal to the vocoder. Using the digital USB audio connectivity you can send any audio signal to the vocoder and receive the vocoded output directly. This makes it a very useful studio tool for non-realtime vocoding.

Check out the video below to see how this can be done and also learn about the hidden ‘Formant Control’ for the vocoded signal.

Note: When using the USB digital audio from the VP-03 you will time to time notice some crackling. This usually goes away if you stop playing the synth for a couple of seconds. I’ve noticed this issue on all the 3 previous Boutique synths.

I’ve used many software vocoders with far more controls and probably far more bands in the channel (I’m assuming the VP-03 is a 10-band vocoder). Despite limited controls on the VP-03, it sounds surprisingly clean. That has always been my gripe with software vocoders. They are generally noisy and despite having controls for increasing bands, intelligibility is always an issue. Setting a balance between voiced and unvoiced can be tricky with software vocoders but with the VP-03, you don’t get any such controls but you also don’t miss it. It's a very clean and precise vocoder. For the price, it's a no-brainer.

Pros: Easy to use. Sounds clean.