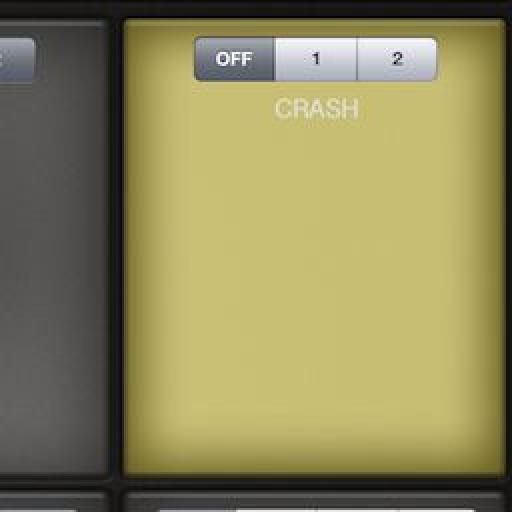 Language
Suddenly there's many drum pad apps out there for the iOS platform. With so many good ones available how does Rhythm Pad fare against the more established kings of the pack?

There's an app for pretty much everything you can imagine out there on 'Ye Old App Store', as you probably know, if you're an iPhone user. There are apps for cooking, for breathing, meditating, translating, and so on. And, with such a sea of apps to choose from, it would make sense that, from time to time, that we'd get bitten with an app that just didn't live up to our expectations.

Rhythm Pad, unfortunately, fell in to this category for me. When I was asked to review it, I was nothing but excited. I love drums, and all manner of percussion. In fact, as a child, I was one of those annoying kids that would just sit there and drum beats out on tables, pots and pans, and so on. So, the idea of getting to work with an app like this really appealed to me. But, the execution did not.

What it Rhythm Pad?

Rhythm pad is designed to allow you to simply drum out beats, either along with your favorite audio, or along to a metronome... Or, just free form. 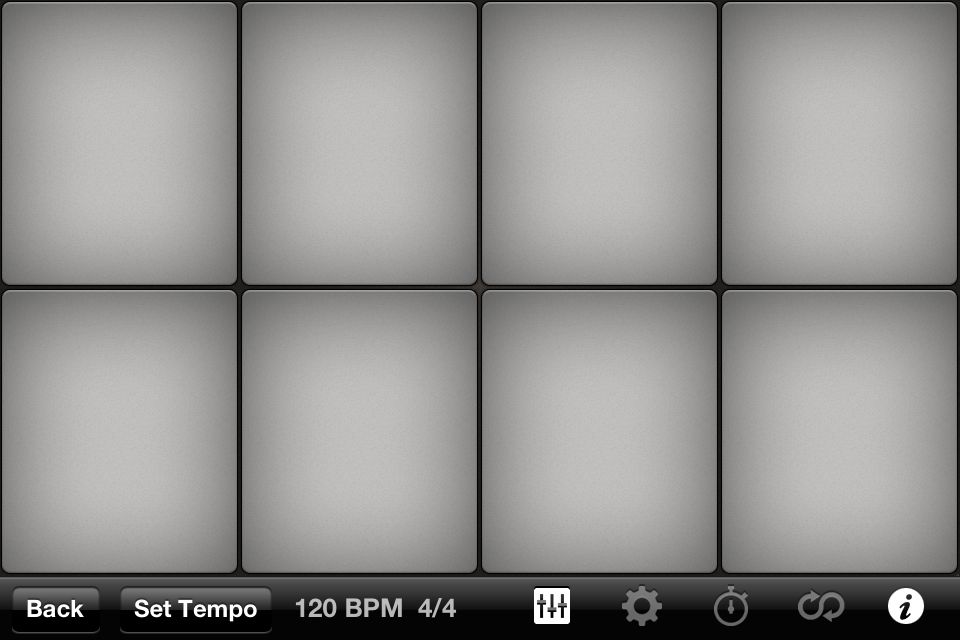 As soon as you open up the app, you're greeted with several drum pads in a grid which, like all drum devices, for the most part, will trigger a drum sound upon impact. The pads are very responsive, and there's no complaint there. But, my interest waned very quickly after this page.

After being re-acquainted with my lack of skill in regard to free-form finger drumming, I began moving through the app to find something to drum to. I chose a song from my iPod, and proceeded to play along for a few minutes. Honestly, this didn't keep my attention for more than a few minutes. I fail to see how this feature really appeals to anyone who already knows how to make music. 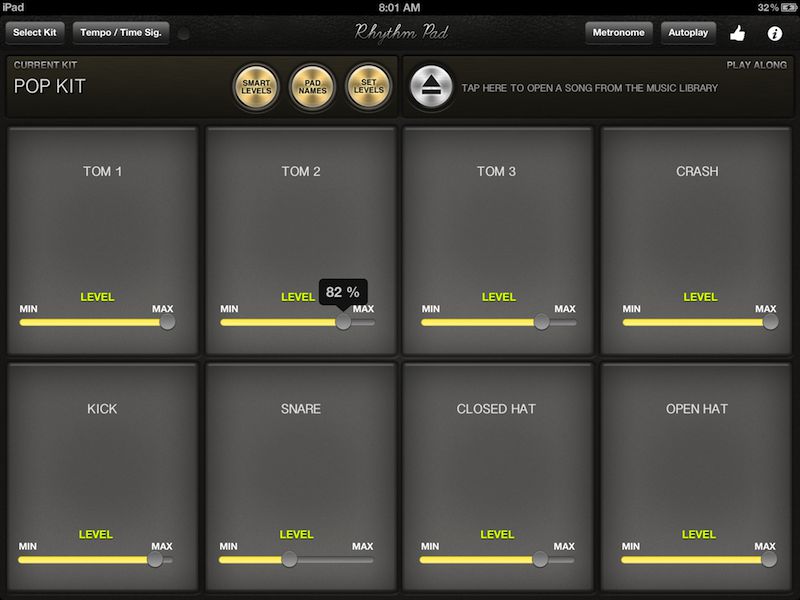 Next, I began looking for a way to record beats of my own... There isn't anyway to do it. Yes, there is a metronome, but no record button. You do, however, have access to different patterns available to different pads. For example: There are three different patterns on the bottom row of pads and two patterns for each pad on the top row. You can mix and match patterns on each pad to form different beats. This sounds like you'd be able to get a little extra action out of Rhythm Pad for loops, etc. But, there are only so many combinations.

There are several different kits available within Rhythm Pad. This is probably the part of the app that ended up being most useful. There are a few good kicks, and snares, here and there. I wound up sampling a few that I thought might come in handy. 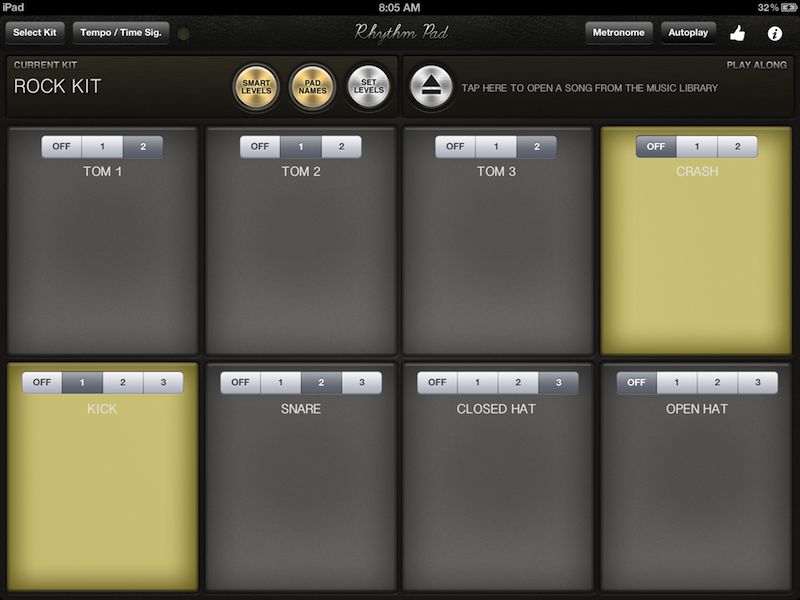 I would heartily recommend that the developer add some additional features to Rhythm Pad to make it more of a complete app. Here are some suggestions:

Just a few touches like this, I think, would really add to the appeal of rhythm pad. After all, the app looks great, it just needs a little more.

fredwardo
I often feel like reviews for apps and gear are just regurgitations of a press release. So, it's hard to know who to really trust. This is an genuinely critical review. It calls out the ups and the downs and suggests improvements. I wish there were more reviews and reviewers like this on the web. I appreciate your honesty. For once, I feel like I'm not being sold something. Thanks for putting this out there.