Language
Combining modern DJ tech and the classic design of turntables, the Reloop RP-8000 has plenty of features that are likely to turn the head of many DJs. Sara Simms investigates in this in-depth review. 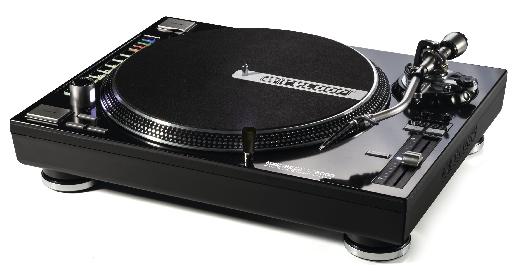 The Reloop RP-8000 is a hybrid turntable, it combines modern DJ technology and a classic turntable design. As a loyal Vestax turntable devotee, I admit I was skeptical when the RP-8000 arrived at my doorstep for review. Would the RP-8000 really be capable of combining together a traditional turntable design and MIDI capabilities? I decided to find out. 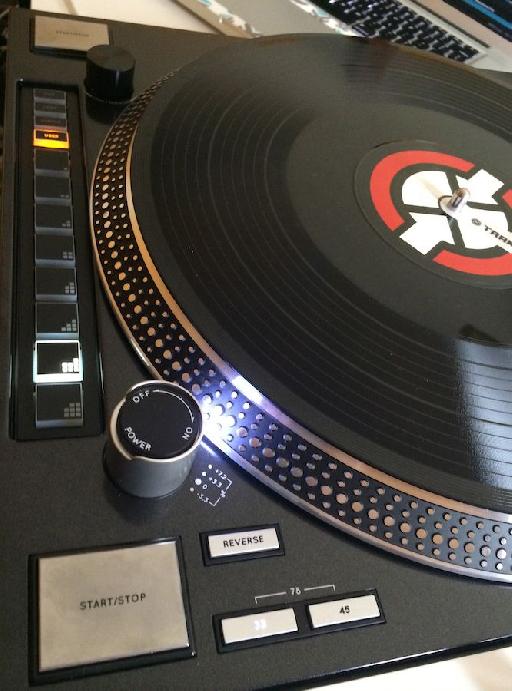 The RP-8000 is a digital DJ turntable with high-torque direct drive. In appearance and design, it looks and feels like a futuristic version of the Technics 1200s. With the decline in popularity in turntables, it's good to see that that Reloop has taken the time to create a much needed turntable update for modern DJs. The RP-8000 features direct drive technology and a digital control section for MIDI-compatible DJ software.

My first impression when I took the RP-8000 out of the box was that the turntable was quite heavy. Weighing in at 9.5 kg, the turntable is well constructed and solidly built. I was pleasantly surprised by the overall quality of the RP-8000. The turntable is actually manufactured by a company called Hanpin, but the RP-8000 has more added features than Hanpin's well-known 'Super OEM' turntables. 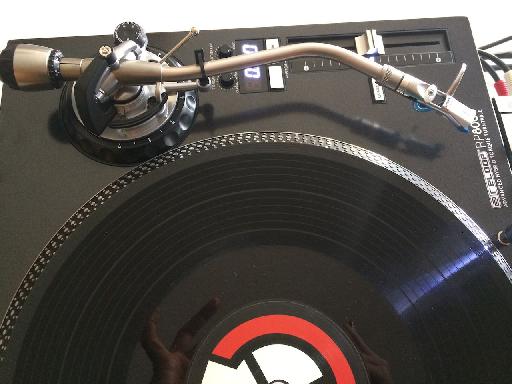 Much like the Technics 1200, the RP-8000 features a curved tonearm. The curved tonearm makes this turntable more useful for DJs who mix records, rather than turntablists. (For the record, a straight tonearm will make the needle more stable in the groove when the record is being scratched back and forth, while a curved tonearm is more suitable for mixing and hi-fidelity reproduction.) 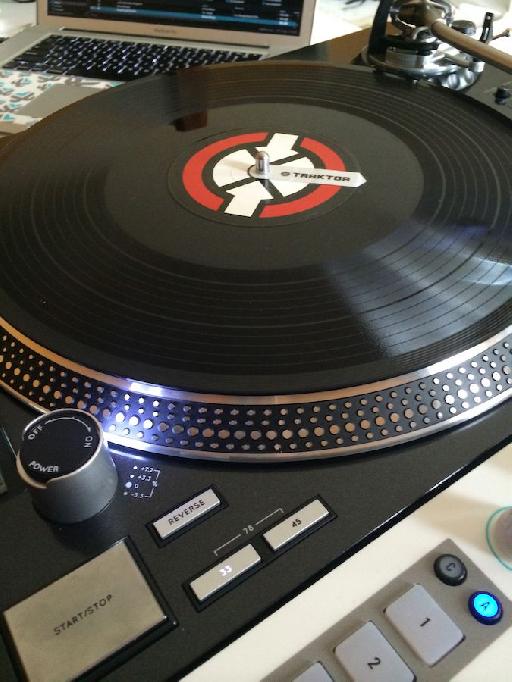 The back of the RP-8000 features an RCA audio output with a Phono/Line switch, a USB port and a TT-Link port. Reloop has eliminated the grounding cable, which makes set up and teardown easier. There's also an AC in (the turntable includes the power cable for this) and two turntable cover mounts. (The turntable cover is sold separately).

One forward-thinking feature on these decks is the turntable link mode; up to four turntables can be linked via USB. The turntables assign to each other automatically, and consecutively line up to the next deck; this way only one turntable has to be connected via USB to your PC or Mac. 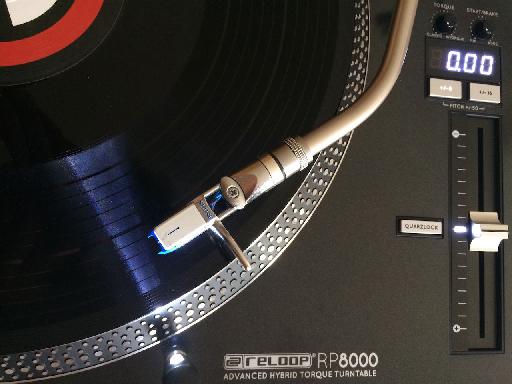 There's a quartz lock switch, a quartz lock LED, and a pitch fader. There are two pitch range select switches, which allow you to switch between +/- 8%, +/- 16% and +/- 50%. I like the fact that this turntable gives you a greater range selection, which allows for more creative mixing and flexibility. Many DJs will also appreciate that there's a large pitch LCD, which displays the BPM of the track that's playing. This is a helpful and futuristic addition to the pitch section on these decks.

It will take DJs who are used to working with analog pitch control (e.g. on Technics turntables) a little time to adapt to the digital pitch control; its rock solid overall and you won't find the pitch wavering as you play.

Right overtop of the LCD pitch display are adjustable controls for the start/brake (0.2 '" 6 seconds) and torque (1.6 kg/cm to 4.5 kg/cm). Both controls respond accurately and give you increased control over how the record feels under your hands and add creative possibilities for record stops in mixes. 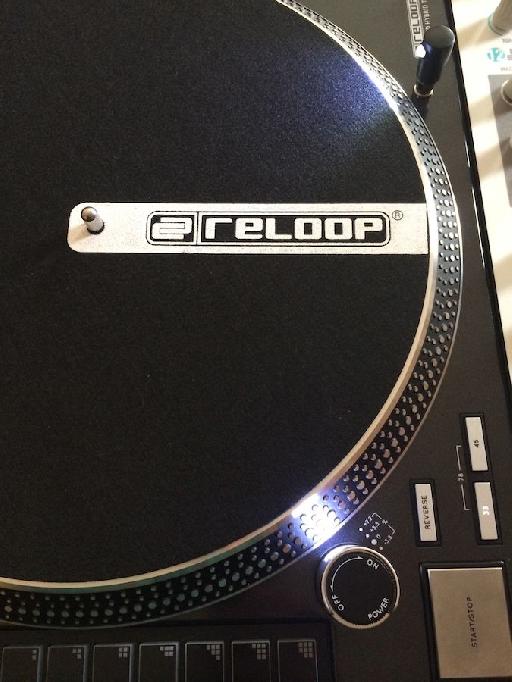 The RP800 features speeds of 33, 45 and 78 and two start/stop buttons on either side of the deck. There's also an on/off switch with a super bright light that switches on when the turntable is on, and an extra detachable light. The RP-8000 also has four shockproof feet, and a vibration-resistant base.

The most notable feature of this turntable is the addition of the MIDI buttons which are positioned on the left-hand side, or when positioned in 'battle style', located directly in front of the the DJ. The buttons feel comfortable to press and are good quality. DJs who have used the Dicer may find using the buttons positioned on the turntable familiar; the rest of the DJ community will need to adapt to these controls being right on the decks. That being said, having controls for your software located right at your fingertips is a highly useful feature.

Serato Scratch Live mappings are available for the RP-8000; these controls include eight drum pads, and four mode buttons to switch between Cue, Loop, Sample and User located on the side of the platter. Next to the array of buttons is a a large browsing encoder that allows your to scroll through your track collection and load tracks. The RP-8000 is also compatible with Traktor, and other MIDI-capable software. I think that Reloop would benefit from improving their current Traktor mapping; when I tested out the .tsi file, I found that it needed some tweaking in order to work properly. This turntable may find the most popularity with Serato users, as the setup for the Serato mapping is plug and play.

DJs will need to take care with how hard they press the pads when DJing and take care not to knock the record playing or vibrate the decks. While this didn't seem to pose a problem when I gave it a test run, controllerists who are heavy handed should be aware that their technique could potentially affect the track that's playing.

I was actually impressed by the overall quality of the RP-8000 and think the inclusion of MIDI pads on the turntable makes it an innovative instrument. The base of the turntable is well constructed and has a metal top panel with metallic finish. The turntable looks good and performs well; I believe the futuristic additions will give it an added advantage over other turntables on the market. An updated Traktor mapping would be a great addition to the Reloop website, as many DJs would prefer to download a mapping that works well rather than spend time making adjustments. Overall, the RP-8000 is a great hybrid deck design that offers a wide range of creative possibilities to modern artists and DJs.