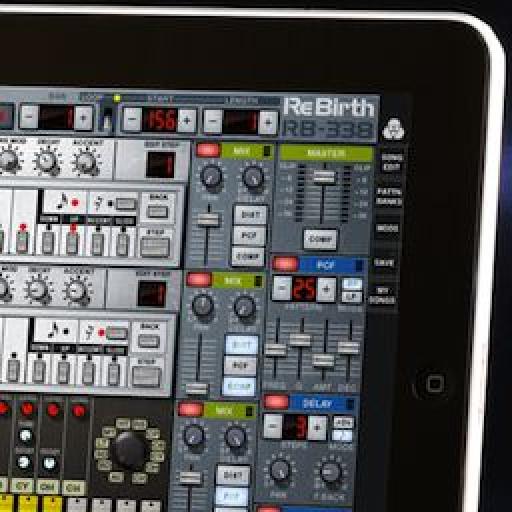 Language
It's rare that a piece of software carries nostalgia. To give an example of what I'm talking about take a look at Pac-Man: no matter what country you're from, if you grew up in the 80s...

It's rare that a piece of software carries nostalgia. To give an example of what I'm talking about take a look at Pac-Man: no matter what country you're from, if you grew up in the 80s and even in some cases, the 90s, when you think of Pac-Man, you probably have some warm memories. Memories like sitting at an arcade with a fistful of quarters with friends looking over your shoulder in excitement. Why? To see if you beat the high score, of course!

When I bring up ReBirth in passing to random people, it never fails to get some of the same excited looks that I would get if I mentioned Pac-Man. This occurs for several reasons. Firstly, ReBirth was the first application to hit it big that did not in any way require hardware. You could install it on any computer, PC, or Mac, and it worked... and worked so well. 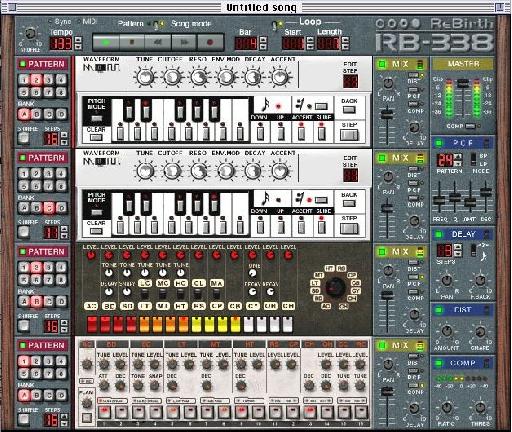 The original ReBirth for Mac & PC

Secondly, like the TB-303s, TR-808s and 909s it emulated, it helped define a particular sound, that being techno and its many sub-genres. But, what many don't realize is that it also transcended over into Hip-Hop as well, and even beyond that.

Weeks before the release of ReBirth for the iPhone, I had actually been trying to figure out a way to get Rebirth to run on my Snow Leopard system. I still don't have a great method beyond Fusion, or Parallels, so if you have some ideas, let me know. I finally elected to run it on one of my Macs in a Bootcamped partition. Fine, right? 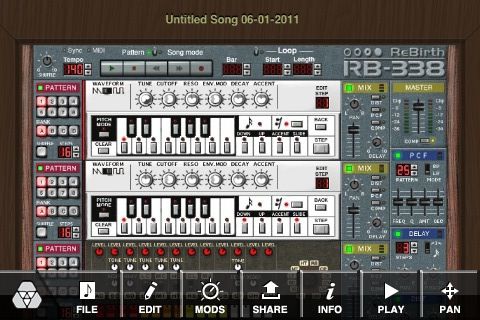 Then, with excitement, I tried the iPhone version. This was such a tease I almost banged my head on the wall in frustration. Not only was my iPhone 3G (yep, it's an antique now) too slow to really run it well, I hated zooming in to the knobs, buttons. It was hard.

Thankfully,  being a bit of an insider, I heard that the iPad version was on the way, and that it was getting a complete GUI (graphical user interface) overhaul. So I waited, waited, and waited... Bing! It was cooked and ready to eat. I consumed ravenously.

From the start, I was seriously impressed. I had access to all of the old mods that I loved back in the day. Mods were hacks that replaced the sounds of the drum machines with different sounds. They also allowed you to change the look of ReBirth, too.

I was also impressed with the opening page where you could sift through different demo songs, or choose to create a new one. Marvelous!

But where things really got exciting was when I got in to Rebirth itself. The buttons were easy to press. I was even able to press them rhythmically, almost as if I was pressing real hardware. 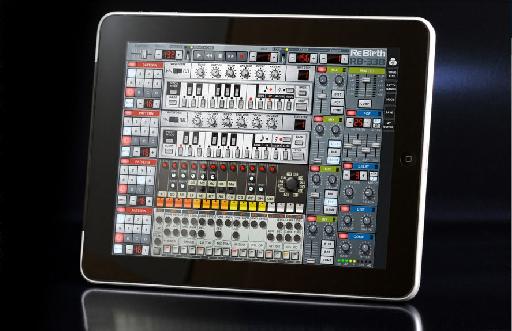 The knobs and sliders were the real highlight. You can move each component with ease. There's no fumbling around, trying to zoom in on a specific part of ReBirth, it's all big enough for you to use your regular fingers. In fact, with practice, it's really adequate enough for live performance. A compliment I don't regularly give out.

But, here's where things got really interesting. In ReBirth 1.1, Audio Copy support was added. Now you have the ability to make localized copies of audio from ReBirth and then transport it to other applications existing on your iPad. Additionally, you can instantly upload your ReBirth track to Facebook, Twitter, etc. Also, you can email finished tracks as well.

Propellerhead really thought of everything... again!

If you were making music during the month of May, you were probably happy to know about the $9.99 sale price. However, ReBirth regularly goes for $14.99.