Reaper has released version 5, and with this update comes a handful of super new features. Let’s take a look at what’s changed in Reaper 5 and what you can expect from the new version.

First, there is a new UI look to the application. It looks a lot cleaner now, and Reaper has a new default theme for the application. But you can change your themes and even get it to look like previous Reaper versions if you’re used to that. 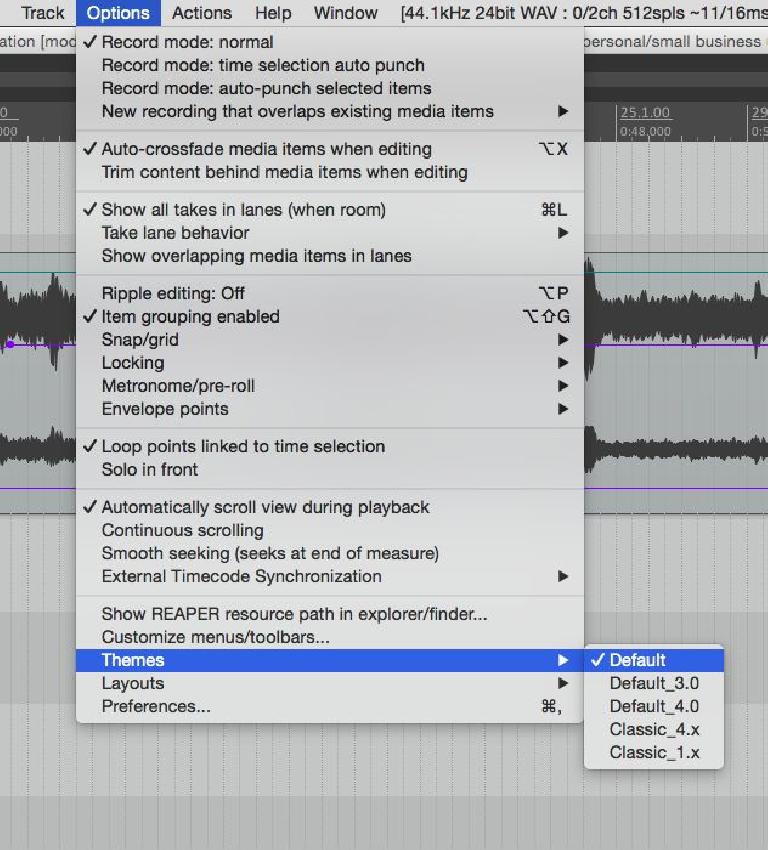 Also on the track panel on your tracks there is a rotary volume knob, so you can quickly and easily change your volume from here. 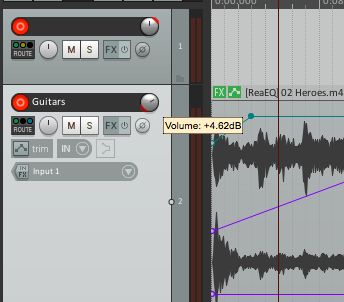 The new version has also added VCA functionality. Reaper allows you to do VCA Grouping. You can set a track to a VCA master and then other tracks to VCA slaves. You can do this by right-clicking on a track and choosing a VCA option, or you can set this up in the routing matrix window. So for example, the VA master can control the volume for the other slave VCA tracks. This has its benefits over the standard sub mixing auxiliary tracks. It’s worth investigating VCA mixing if you’re interested in this. 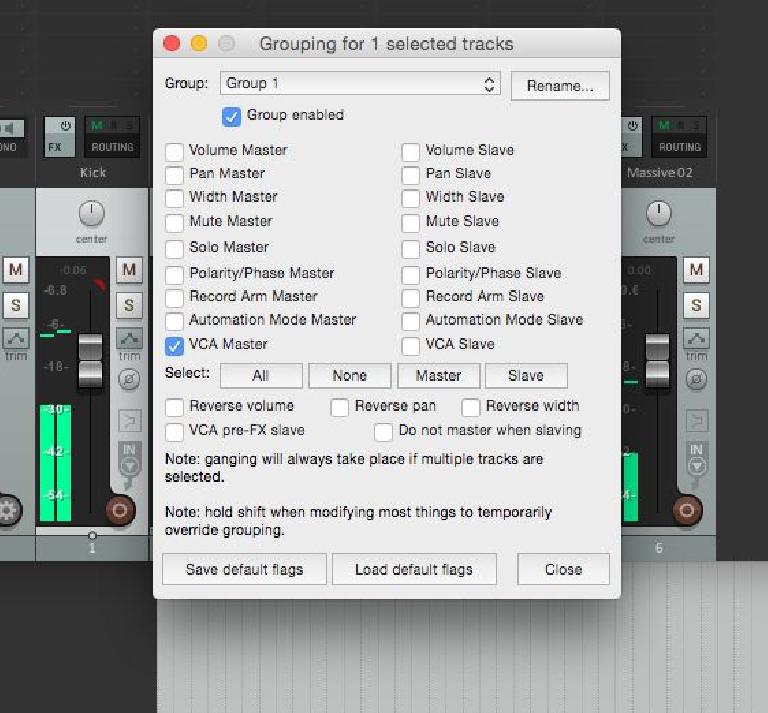 One of the biggest inclusions in Reaper 5 is its video editing capabilities. You can import a video into it, and from there you can slice up the video and move the new parts to different locations in your timeline. I find some other DAWs very limiting with their video capabilities, in that you can sometimes only have one video file in a project, and it definitely doesn’t give you the flexibility that Reaper 5 has. 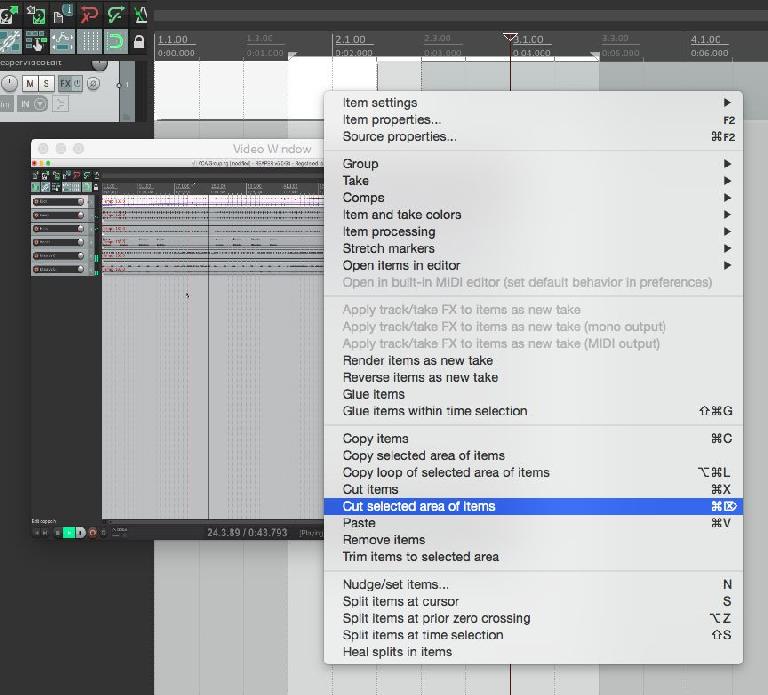 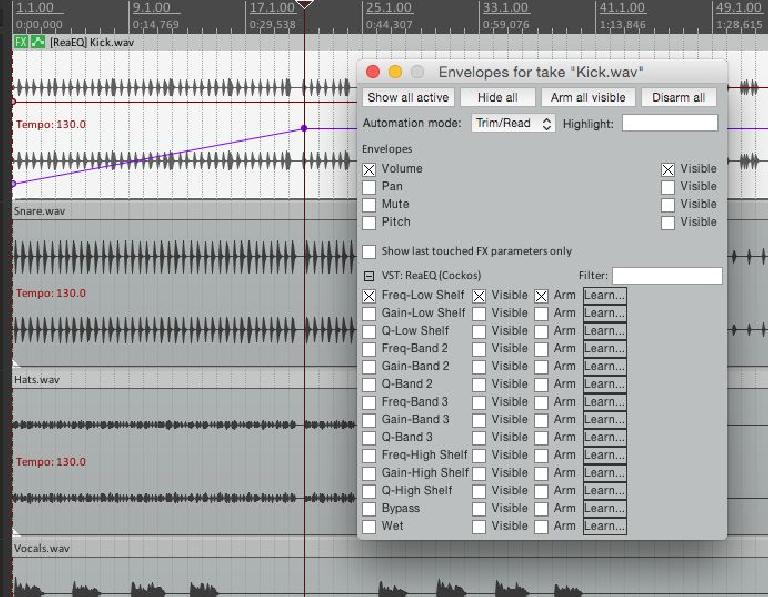 Reaper is known as a customizable DAW, and it’s still a big feature with version 5. Reaper has now expanded upon its scripting playabilities with its ReaScript. You can even build up scripts in LUA, EEL or Python and build anything from simple scripts to complex ones that can be used in your songs if that’s your thing.

The scripting can really help speed up and automate your workflow. For example, you could write a script using ReaScript that adds fade in and fade outs to all your audio items in your project with just a simple click of a script. So the possibilities are quite endless. 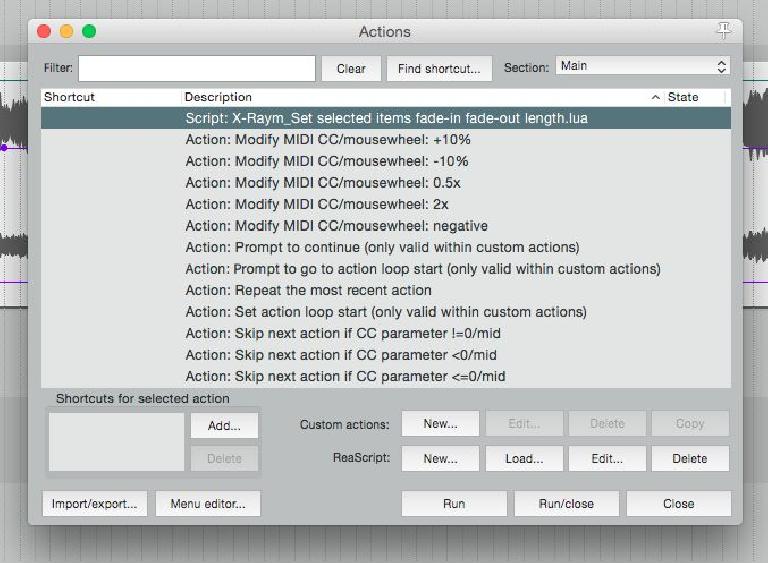 Those are some of my favorite new features with the new Reaper 5. There are others such as the VST3 support, 64-bit processing and extra toolbars and so on. To get an extensive list of features check them out on the Reaper site: http://www.reaper.fm

Cons: Could still do with more MIDI editing functionality, and maybe even a Notion/Score editor. But for the price I’m not complaining.

X-Raym
Nice review of the 5.0 main features,
You might also be interesting by SubProjects, one recent feature (v5.11) that allows importing project in another project !

For scripting, there is something to understand : you don't have to code / learn to code to enjoy it. A lot of people (including myself, as you showcased) are sharing a lot of their script work for free. And that's hundreds of new actions that can go pretty far, with new things to see almost every days :P Here is a sample, when the v5.0 came out in August :
http://www.extremraym.com/en/reascript-v5-showcase/