Language
Is Quantiloop one of the most powerful and comprehensive loop pedal apps for iOS ever? Before we downloaded and it had promise, but how did it fare after we tested it extensively?

There are several loop pedal apps for iOS that attempt to, and in some cases actually surpass hardware loop pedals. In this particular review, I am going to be going over Quantiloop, one of the most powerful, and comprehensive loop pedal apps I have seen, yet. 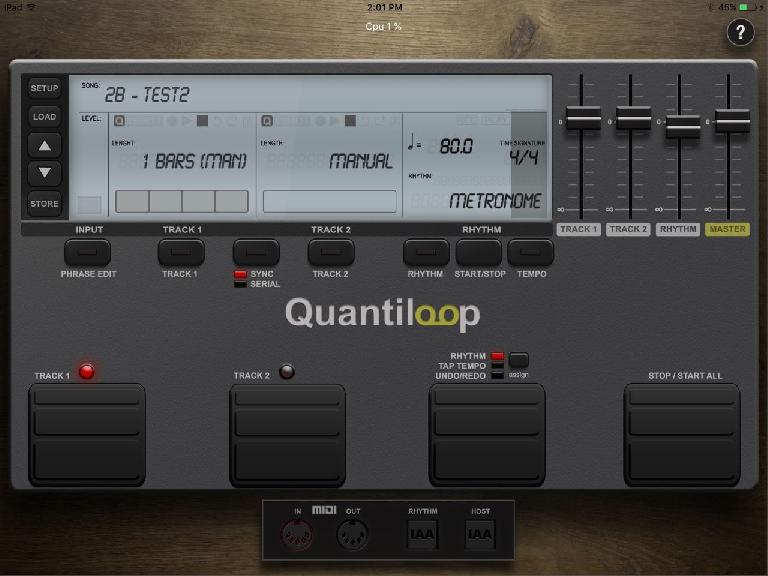 If Looks Could Kill

It’s nice to jump in to a polished looking app. It gives you a sense of confidence, right out of the gate. After all, if they can’t get the graphics right, who’d want to look at the code, underneath? Quantiloop is laid out how I would have laid everything out. The look feels uniquely hardware. And the fact that all of the major features reside within the immediate GUI—or are at least labeled well enough to find most of the major components—makes me really happy. I particularly like the pedals, and the action that is simulated with the pad animation, it really makes you feel like you’re working with something solid, instead of something virtual, which it is.

The Audible/Visual Metronome is actually very cool for being able to visually keep in time, without actually hearing anything. I could just follow along with the bars moving horizontally to the right, tick by tick. When I would feel comfortable enough, I could start recording, and really feel confident in my timing. At first, I was a little off, but with a little bit of practice, I got to the point where I was pretty accurate, as I would later find out in my A/B sessions. 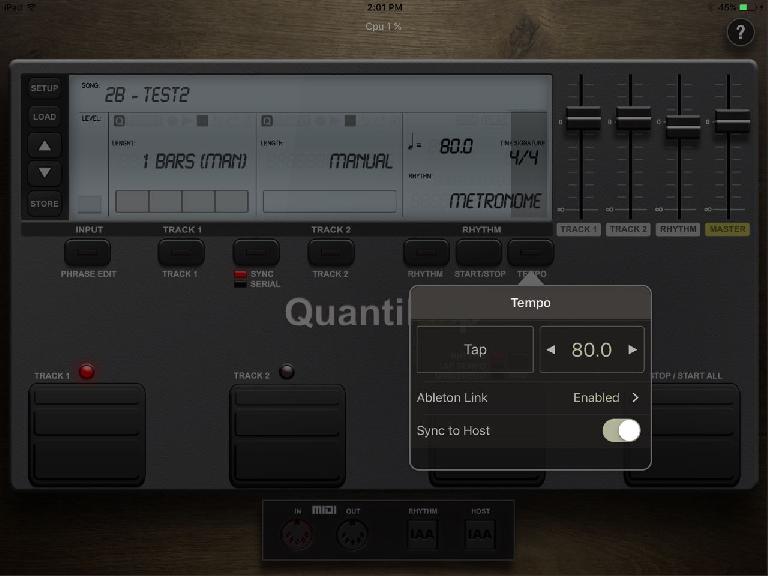 Features and Then Some

Quantiloop is probably one of the first loop pedal apps that is both a hardware emulation, as well as a little bit of a DAW on its own. It allows you to store your loop sessions, as well as gives you options for importing audio loops, so that you can loop to your favorite beats, rhythms, percussion sessions, or any audio recording you can think of. This imported audio loop can also be triggered by the User Configurable button. Though, know there is even more you can do with latter. For example: You can also switch the User Configurable button over in to Undo/Redo mode, and use it as a formidable ally, in session, or live, to undo mistakes before anyone notices. 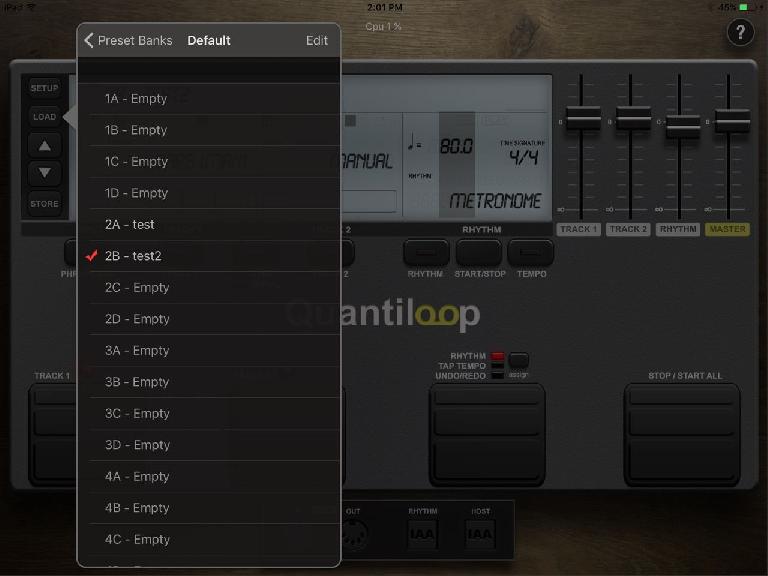 Ableton Link worked flawlessly and really made me think twice about taking Quantiloop on stage. Because of the ease in which you can capture takes, it would be amazing for secondary backups, live breaks and buildups, even audience interaction. And, because Link has it so damn tight with the sync, it could, with practice become a very organic workflow between laptop, multiple iPads. Or, even an online LAN party between bandmates, where I can personally create, and do cool things with my voice, or other instruments, while still being able to focus on my main instrument, within my rig. And, being that there is extensive MIDI support, I could easily just map all of Quantiloop’s Pads to my MIDI controller, and never even have to touch the iPad. 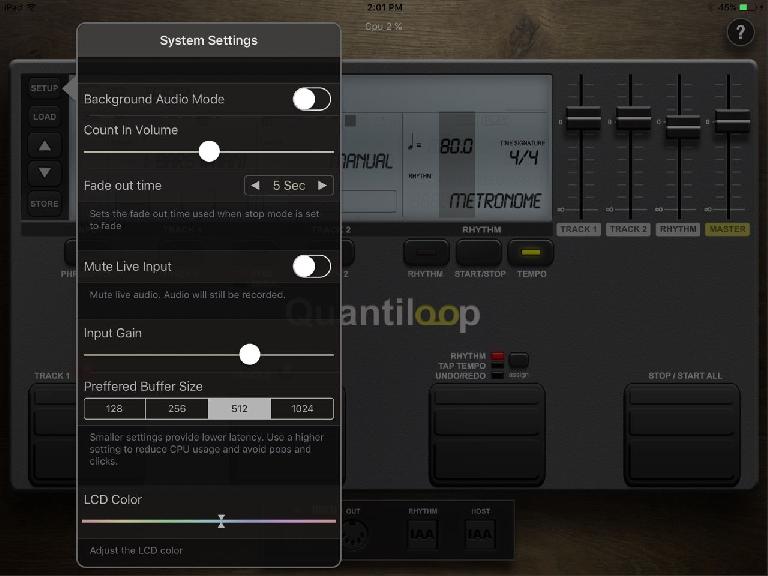 Quantiloop was a great time for learning better timing, creating sick loops, and creating some awesome harmonies on the fly. And, because you can save your work, it’s an awesome sketchpad for future songs, live performances, and even experimentation. I do wish that you could move between songs, while the clock is going and seamlessly move through songs. But, maybe we’ll see that in a future version. I would be nice to be able to cue between different recording performances like a DJ set.