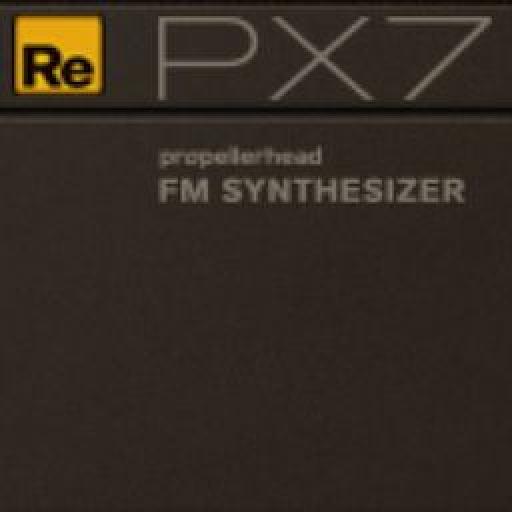 Language
Remember the DX-7? You may have owned one and may recall its retro FM synthesis sounds, but how hard it was to program. Propellerhead have created the PX7 with mappable parameters. Is it a keeper?

Programming a DX-7, even with an editing program, is not, in my opinion, the most exciting sound design expedition. Unlike Subtractive synthesis, my usual favorite, like many others, FM synthesis takes a little understanding (usually) to make something enjoyable. To be honest, I associate it with tinny bell sounds and annoying video game-like noises. But, if you think this review will be one non-stop rant over why FM synthesis has to exist, think again. I think Propellerhead may have done it a favor.

I actually own a DX-7. It's sitting in a consignment store, right now, in San Francisco. I tried to program it for a few minutes when I first acquired it. After dealing with the cigarette width display, and failing to find an editor that would successfully integrate in to my studio, I gave up. End of story.

Why was my jaunt in to classic FM so short? Well, if you remember when the DX-7 came out, along with all of its competitors. This era was the beginning of the digital age, when all the knobs went away, in favor of those sad little displays. Roland came out with the Juno series, Korg came out with the Poly-800, and the like. And, Yamaha introduced the DX-7, and later the DX-100.

All of the instruments from this era, and keyboards for several years after, have one thing in common: The knobs and faders went away. And, this severely limited their programmability. But, the manufacturers got a hidden advantage out of all of this: Synthesizers with limited interfaces meant customers would be more likely to purchase sound expansions. After all, who wants the headache of having to program on those crappy little interfaces?

But, here's the deal, the synthesizers had tons of programmability, they just had crappy interfaces! What if you had a DX-7 right now that had all of its parameters mapped to knobs, sliders and buttons?

Leave it to Propellerhead...

Like Native Instruments with the Razor and its simplified Additive Synthesis, Propellerhead have done something similar with the PX7, and FM Synthesis. All of those buttons, knobs, faders and sliders are now visually accessible. So, even if FM synthesis isn't something you're familiar with at the moment, you've now got a much better interface for learning it. And, you've got something that the DX-7 never had- Control Voltages. 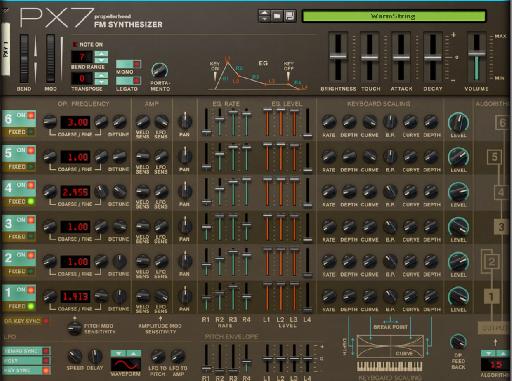 Similarities to the Original?

Surprisingly, there are more similarities than you might think. The entire original ROM banks, plus a huge selection of classic DX-7 patches are available. So, if you have a DX-7, like me, that you no longer want wasting space... Well, you no longer have to hold on to it. That classic sound has been preserved.

How is it with more modern patches?

Well, this is where I was more than surprised. The additionally supplied patches from this century are big, cutting and worthy of your attention. For example: Some of the wobble basses are thick and evil and will fully integrate with any modern project. But, Propellerhead take things a little farther.

There are significant numbers of Combinator patches that are incorporating the PX7 with some really wonderful results. As we discussed earlier, FM synthesis has a very tinny sound that doesn't lend well to all typed of patches. But, when being augmented by other effects and instruments within Reason... Well, this becomes something special. Seriously, it adds an element to Reason Combinators that was not there before. 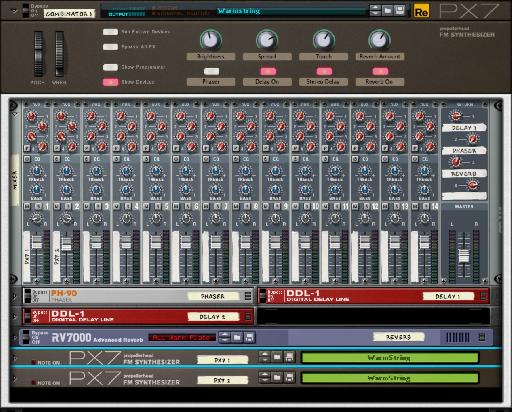 Bottom Line for the PX7

If you're either nostalgic, or love a synth that can be either seriously dirty, or almost too sweet, you really should check out the PX7. But, if you're a sound designer that really wants to get another form of synthesis under your belt, and FM synthesis has always eluded you. Well, this is an excellent introduction and just for $99/€79 .

Either way, I would strongly recommend the Try It option first. It's just wise to see if this is your kind of sound.