Propellerheads' latest foray into the world of iOS brings the power of the Europa synth to your pocket. But what else can you expect from Reason Compact? Hollin Jones explains all.

Propellerhead has made surprisingly few journeys into the world of iOS, perhaps because it has been doing a lot of work on Reason in recent years, adding VST compatibility and other heavyweight new features. But to its Thor, Figure and Take iOS apps it can now add Reason Compact. Before you get too excited - and I did initially - the name is slightly misleading. While the Swedish company could be working on an iOS version of Reason (and I don’t know if they are), this is actually a version of Europa, its recently released flagship synthesiser that ships with Reason 10 and is also available as a plugin for the desktop. 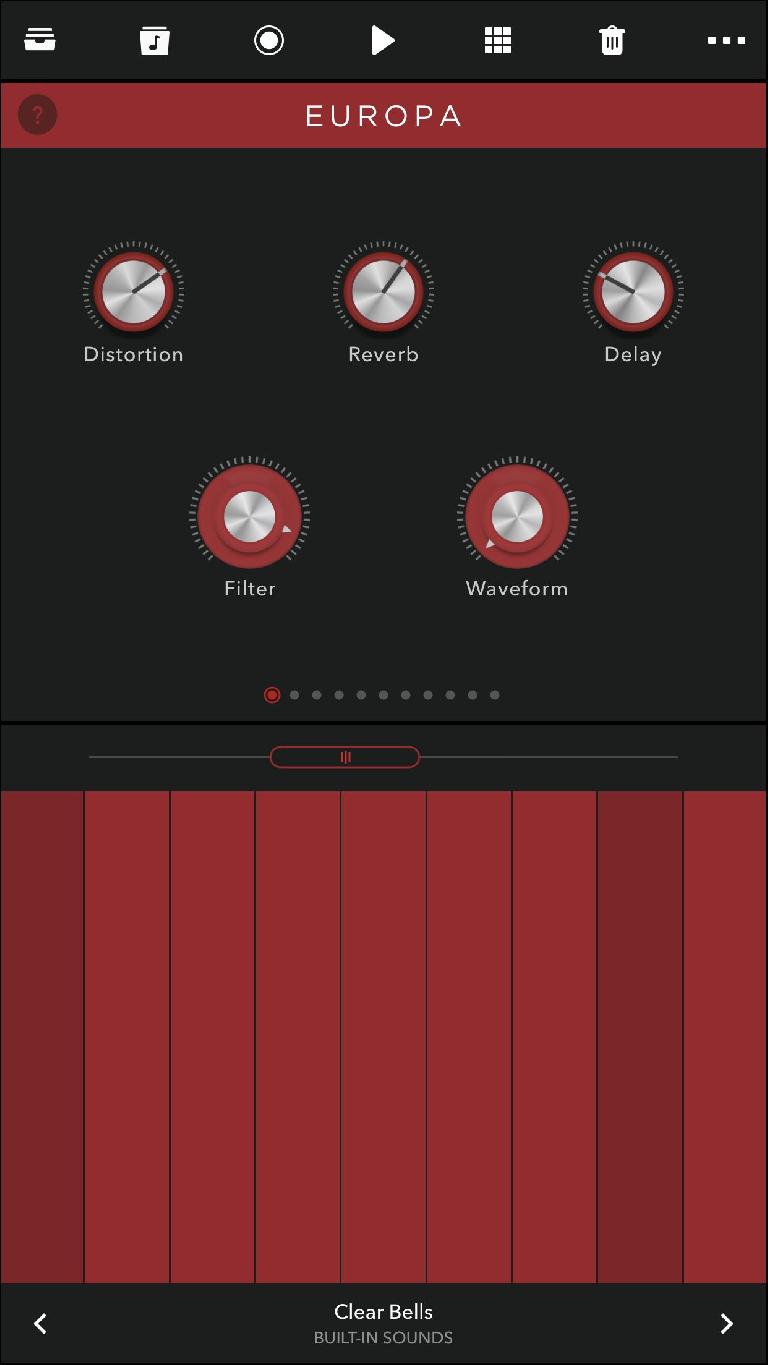 So let’s get that out of the way - this isn’t Reason for iOS, as much as I’d like to see such a thing. But it is a very cool port of the Europa synth to iPad and iPhone (iOS 11 required) that makes programming on the move a lot of fun. It’s free to download with basic functionality and there's an in-app purchase to unlock the more advanced sections of the synth. You don’t get all the features of the desktop version, but a solid core of sections that can be unlocked like filters, unison mode, engine control, mixer, envelopes, LFO and effects. In the free version you can temporarily enable these sections in demo mode to see what they do but they don’t remain enabled.

You can create and load projects and then select from the built-in bundled sounds, or choose to purchase additional sound packs. Projects can be duplicated in the library to create variations. The basic synth section which is active in the free version consists of filter and waveform knobs as well as distortion, reverb and delay knobs. A virtual keyboard can be used to play notes and scrolls up and down for more scope, and you can set a key, tempo and bar length in the preferences. The keyboard restricts you to “correct” notes for the scale you have chosen. 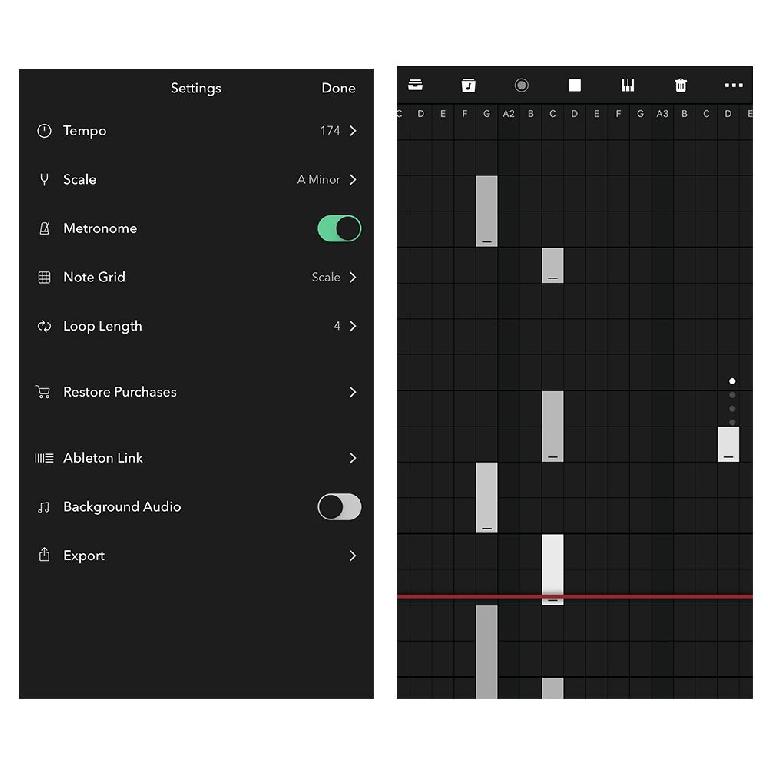 There’s a click option and a record button of course, and the keyboard view can be swapped for a simple MIDI grid editor, where tapping notes will add or remove them, and dragging change their length. Chord and Arp mode are also available in the free version - Chords has multiple shapes and inversions, and the arp has direction, octave, length and rate controls. Both make playing much more dynamic, adding movement and interest even when playing on the screen.

The additional sections like engines, effects, envelopes, mixer and others do unlock a significant amount more editing capability where you can really get much more creative with your sound design. While they’re not the full set from the desktop, they are nonetheless detailed and extensive, especially for an iOS app. The app sounds great, with all the sparkle and punch of its desktop version. The controls have been well adapted for iOS, and are very useable even on an iPhone. 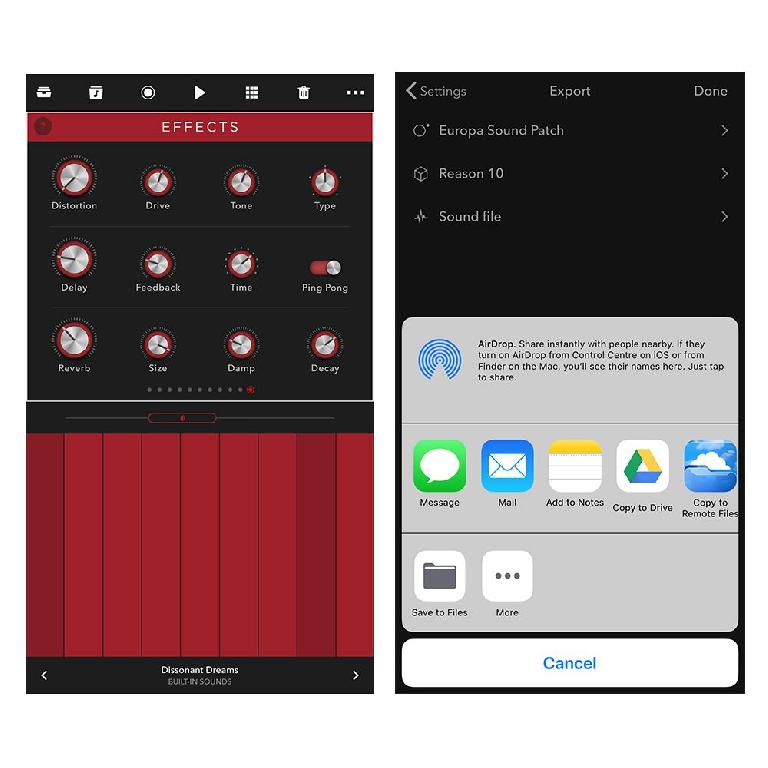 Ableton Link is supported for incorporating the app into a wider jam session. Audiobus and Inter-App Audio are also supported for internal routing and connection to other apps. When it comes to getting patterns or patches off your device you have three options: a Europa patch, a Reason project file or a regular audio loop. Actually you can also export to Allihoopa as well if you have an account.

Reason Compact - misleading name aside - is a cool and fun synth for your iPhone or iPad, taking the essentials of the Europa synth and putting them in your pocket to enable synth programming everywhere. In its free version it is decent enough, though serious users will want to pay the £9.99 to unlock the edit sections. At least you can try them in demo mode, which is helpful. It is just the synth - no beats or layering really - but you can link it to other apps or export to the desktop for that. Considering the download is free and you can demo the advanced sections before deciding to unlock them, there’s no reason not to test drive Reason Compact today.


Cons: It’s “only” the synth - needs to be linked to other apps to create full tracks.