Propellerheads' 10.3 update to Reason is free for existing owners and brings big performance gains under the hood. Here's everything that's new.

It was quite a surprise when in 2017 Propellerhead updated Reason - its flagship DAW - to include support for VST plugin instruments and effects. But the impact on the popularity of its own Rack Extension format that some expected did not seem to materialise, with REs as popular as ever and still being developed by everyone from independents to big companies. The Props' gamble, it seemed, paid off.

Read our review of the Reason 10 update here: https://ask.audio/articles/review-propellerhead-reason-10.

I’m not going to retread what Reason does, you can read more details on that using the link above. And also because the changes in 10.3 are almost exclusively under the hood, we’re talking about performance rather than user-facing new features. So what's new?

The Props describe 10.3 (a free update to all registered users of Reason 10) as the “performance update”. Something as massive as bringing VST support to a DAW that had always used its own internal system of audio processing was always going to be a process that got refined over time, and so it has proved to be. This update focuses on buffer sizes, and specifically Reason’s ability to run more plugins at higher buffer sizes. Of course realtime recording requires glitch-free performance at lower buffers, which Reason still does very well, but if you are mixing rather than tracking it’s safe to switch up to 512 samples or above, and benefit from the new performance improvements. 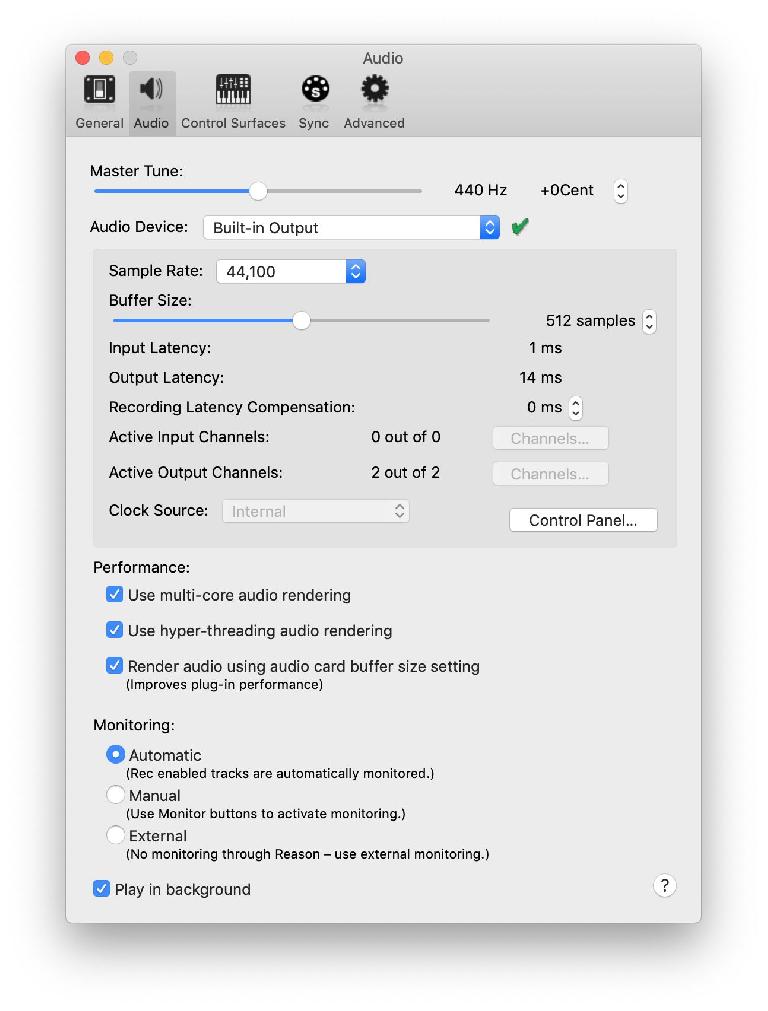 As well as a new Preferences option to use hyper threaded audio rendering (in addition to the existing option for multicore rendering), there’s now an option to automatically match Reason’s audio rendering buffer setting to that of your audio card. These outwardly simple check boxes hide some fiendish programming, no doubt. And the Props claim performance improvements from 10% to over 200% depending on the plugins used. This is always a variable of course - the amount of DSP required by any plugin is mostly determined by whoever created the plugin. Factor in running several plugs from different developers, and it’s a lot for the DAW developer to account for. 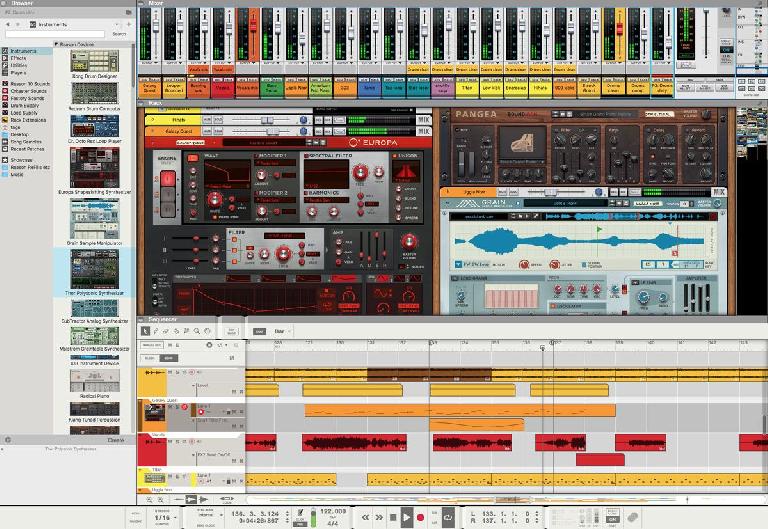 But account for it they have, and on my now somewhat venerable 2013 MacBook Pro I certainly noticed lower CPU and fan usage when running multiple VSTs in a project. I left the audio card buffer matching option on of course, letting Reason do its thing. On this subject, the Props note: “when automating or CV controlling parameters in a VST, it will use the same resolution as the buffer size. This is also true for any feedback connection, for example sending a signal out of a device and then back in to the same device.”

What this update does is remove the need to fiddle about with your buffer settings quite so much, and it definitely enables more efficient playback of VSTs overall, though as ever your mileage may vary depending on exactly what you are running. But given that it’s a free update (and I noticed no issues at all after updating), you will want to grab it. With support for VSTs, Reason added yet another string to its bow, and this cosmetically small but actually very important update makes running VSTs on your existing hardware more efficient - and that’s always welcome.

Cons: Updates are all under the hood so no other new features.