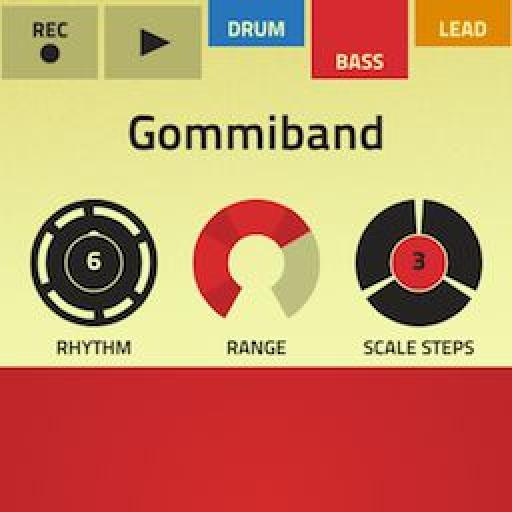 Language
Got 2 minutes to spare to create some music (that actually sounds good!)? Got an iPhone or an iPad? Figure by Propellerhead is for you. Mike Watkinson is bowled over by just how excellent it is.

Propellerhead, who makes the deservedly popular Reason, have taken their slightly quirky approach and come up with an iOS app. Just over six months in development, Figure is an iPhone app that also works on iPad and gets you making music in seconds. So I spent literally minutes (which turned into hours) taking a look on your behalf to see whether it's worth the asking price. 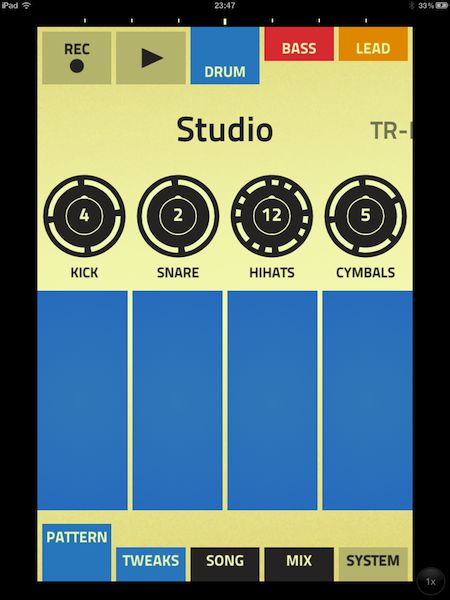 Firstly, for iPad users like me, don't be fooled by the fact that it is listed as an iPhone-only app. The graphic design combined with clever implementation means the app scales up to iPad size without any visible artifacts. Even iPad 3 (sorry, "the new" iPad) owners will be pleasantly surprised at how well this works (a sign of things to come in app design, I think). The only drawback I can think of with this approach is that the main interface is portrait only. But Propellerhead even has this figured out. When you turn your iOS device on its side the view changes so that the performance box fills the screen, inviting your fingers to get involved! 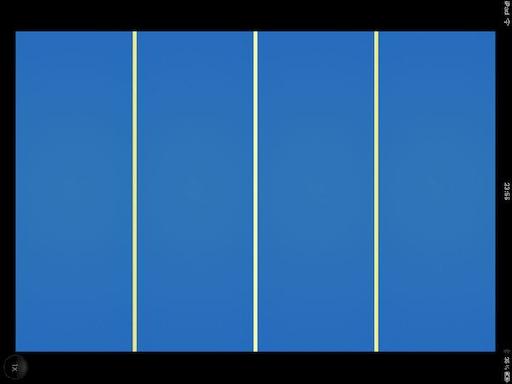 The performance box in landscape view.

In the Pattern tab, Figure offers three parts: Drums, Bass and Lead with sounds sourced from Reason instruments (Thor and Kong). Presets for each part are shown at the top of the window and can be chosen by swiping: 13 drum kits, 32 bass sounds and 46 lead sounds, with some great names. My current favorites are Dobbelstept and Raw Fish! 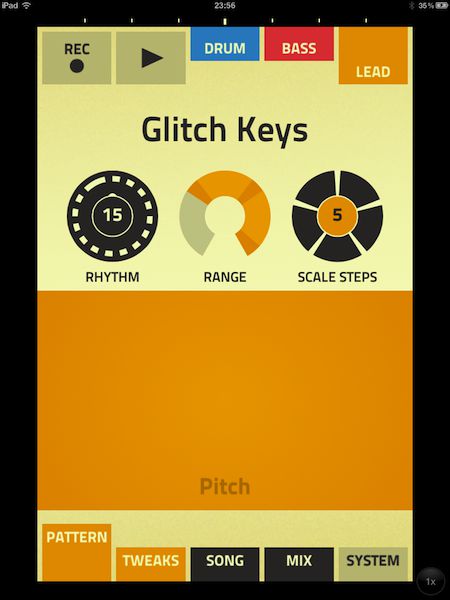 One of the many Lead sounds included!

The Bass and Lead follow the same principle: there are three dials for Rhythm, Range and Scale Steps. Each parameter can be altered by dragging up or down on the dial to increase or decrease complexity or range. So a Rhythm setting of 3 with Scale Steps set to 4 and Range set to Low will play a repeating rhythm of 3 notes based on 4 different scale steps within a limited range. Which scale step is determined by where you place your finger on the performance box, left to right. Moving up and down on the performance box changes the timbre. Any Rhythm setting but 0 is latched to the tempo so if Figure is in Play or Record mode (see below) you quickly get the hang of tapping the performance box in time. With a Rhythm setting of 0 you can play Figure in real time.

The drum part consists of Kick, Snare, Hi-hats and Percussion (various!), each of which has a rhythm setting ranging from 0 (for free play) to 16. Moving left to right on each drum pad plays a different sound (as many as 3 for the percussion box) and moving up and down changes the timbre.

DAWproject
Some kind of integration into Reason - via Wi-Fi sync -making Figure the ultimate idea starter would be sweet.

Also, Instant ringtone / Make my own ringtone daily? I would dig that.

Figure is just toooo much fun to stop now.

Rounik
Ringtone creation direct from inside Figure is an excellent idea!
thirdspace
Fun it most certainly is and I guess we are being lured in by that to start with. No doubt version 2 will have the cool ways of sharing we would like to see, and maybe some we haven't thought of yet!