Language
With Bias FX and Bias Pedal emulating classic guitar gear so well for iOS & desktop we had high expectations for the Positive Grid Pro Series compression matching plugins. So, how does it perform?

Positive Grid has been making a huge splash with meticulous modeling and profiling of classic guitar gear on both desktop OS and iOS. I’ve absolutely loved Bias FX and Bias Pedal, so I was most curious (and to be honest, I had high expectations) to see how the Positive Grid Pro Series compression matching plugins would perform.

With the Pro Series, you get access to three different compression profiles. You have a tube compressor, an optical compressor, and a FET studio compressor. Each one offers different levels of customization and configuration, and each model will respond differently to incoming source material and compress it slightly (and sometimes drastically) differently.

Once my Positive Grid fanboy mind took a back seat to my more rational studio engineer mind, I was a little intimidated by the possibilities offered by the Pro Series. I mean, it really never crossed my mind what the effect of switching the light source on an optical compressor from LED to a bulb would do (hint: you’ll find it tweaks the attack and release times).

As it turns out, you can quickly adapt to the wide range of customizable options given to you by the Pro Series. I quickly got used to the color that an American transformer gave to my tube compressor as opposed to a British one. It’s an interesting paradigm to work in, and having the ability to ‘swap out’ just about every step in the signal flow of the compressor gives you the ability to really fine-tune how much you do (or don’t) hear the compression actually taking place.

This one can be less important to some folks, but the Pro Series does look absolutely fantastic. The high-resolution graphics and beautiful aesthetic do help to spark your creativity a bit, and the visual connection is important. Again, I didn’t really ever consider what swapping the capacitor would do to my compressor, but now that I have a decent graphical representation I can begin to associate the audible effects with what I’m looking at on the screen and it just makes it easier to learn. Learning is a big part of this plugin. Not that it’s necessarily difficult to use—far from it. It’s just that you have so much control that the plugin absolutely begs to be tweaked with. Learning what adjusting the bias control does to a tube compressor is a fun element of mastering this plugin. 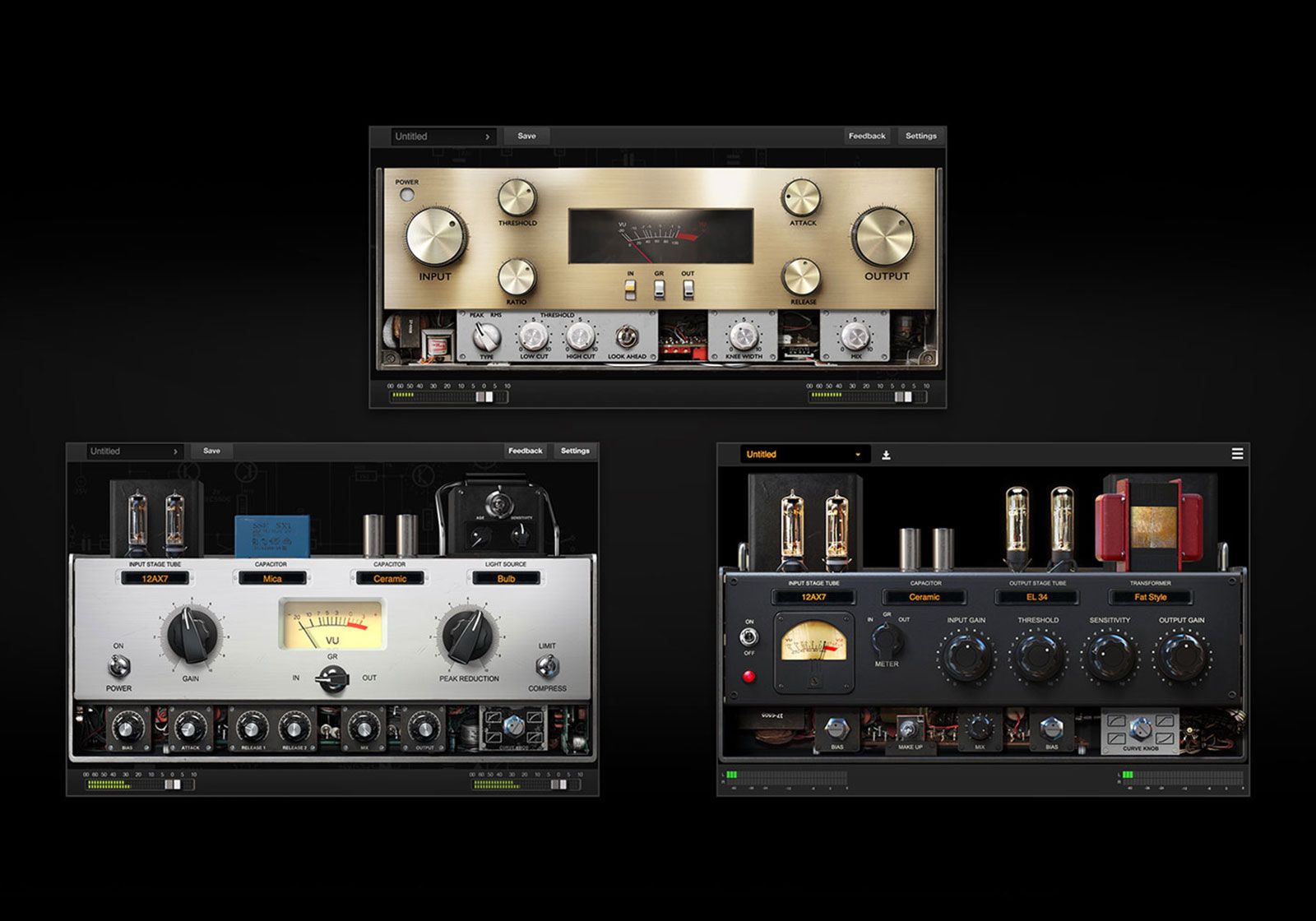 It’s tough to pin down exactly how the Pro Series sounds compared to another compressor because you really do have so much control. I found that I could craft my own compressor to be as subtle as I would like, or to just have it absolutely slam a vocal part. I appreciated the diversity offered by the Pro Series and I found it to be an extremely musical compressor. The optical model was my favorite of the bunch, but all three are top notch.

The Pro Series is a good value for the price. If you want to take a step above your DAW’s built-in compressor and start getting a little more control over how your compressor affects your source material, you can’t go wrong here. With Apple starting to offer AU plugins in the form of virtual instruments for GarageBand on iOS, I wonder how much longer we’ll have to wait until they open up the AU spec to include plugins and we get the Pro Series for iOS.

Cons: I wish there were a few more presets offered (but the purist in me knows that you shouldn’t really be using presets with compressors too much anyway).