The latest release from Polyverse and Infected Mushroom takes vocal processing into new realms. Hollin Jones finds out just how far it can go…

This new plug-in from Polyverse and Infected Mushroom is a powerful sound mangling tool designed primarily for vocals but also suitable for other monophonic or rhythmic sounds. It works as a MIDI-controlled audio insert effect which means that it can be used as a regular insert, processing an audio file or signal, but it can also receive live MIDI input from a keyboard or MIDI track at the same time, altering the processing as it does so. As such the setup procedure varies slightly by DAW but basically involves directing both audio and MIDI through the plug-in. The manual explains this quickly and clearly, so it’s no problem.

Manipulator has three voice manipulation algorithms that can be used individually or all at the same time. A Pitch Shifter gives you control over the pitch and formants, slicing audio into grains that can be widely altered for everything from subtle to extreme effects. Then there’s a harmonic Shifter which changes the timbre of the sound without altering its pitch. It’s a pretty extreme effect, quickly turning voices into rasping robots and the like. Finally there’s the Grain Alternator which cuts individual cycles into grains and shifts the pitch of these cycles up and down, changing the character of a vocal in extreme ways while maintaining pitch. 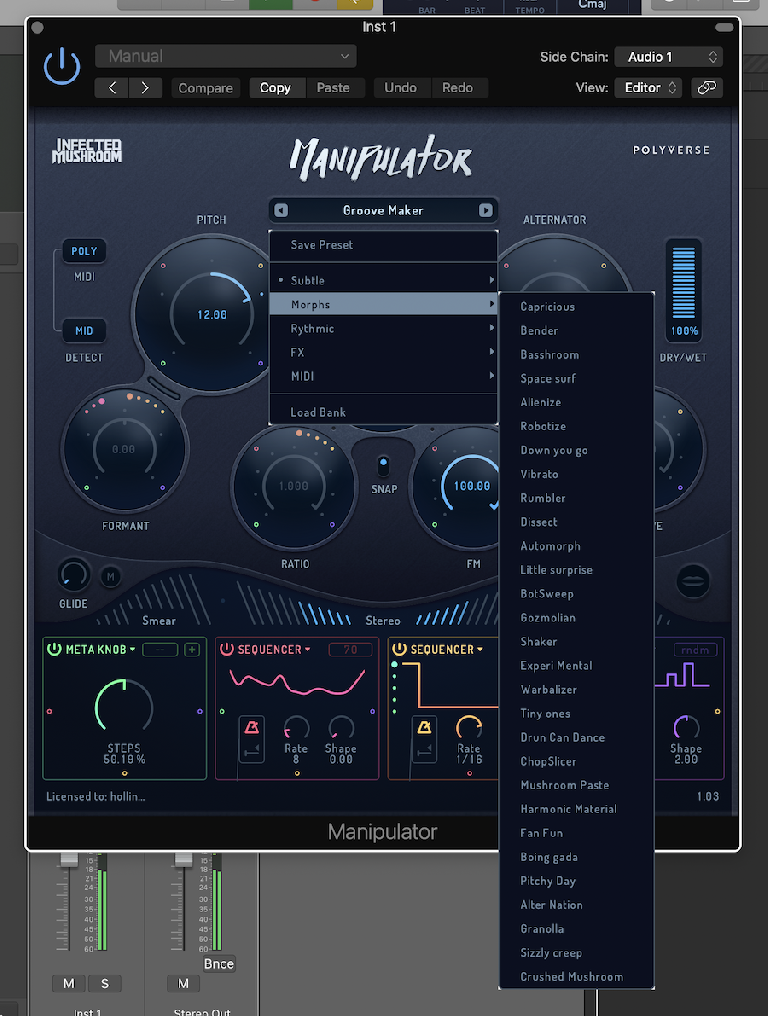 There’s a handy pitch setting for telling the plug-in whether to expect low, mid or high vocal, as well as a MIDI mode which can be Off (MIDI has no effect), Mono for playing only one note at a time, or Poly for up to 4-voice polyphony which is great for creating live harmonies based on MIDI notes that you apply to a monophonic audio signal via the plug-in. Three dedicated effects make things even more extreme - Smear, Stereo and Detune, of which Smear is the weirdest. 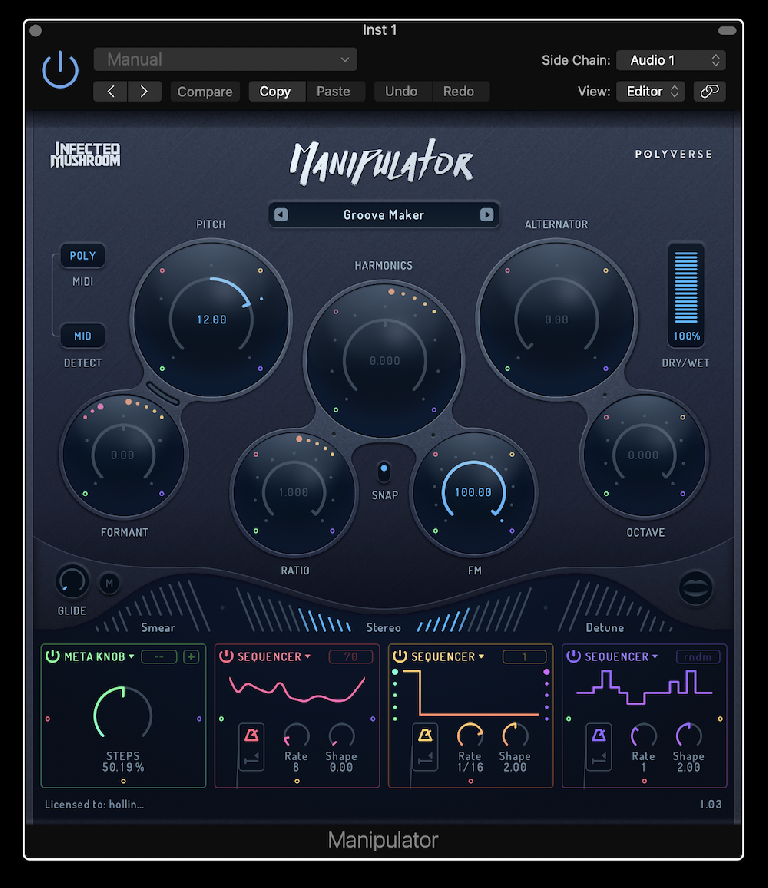 At the base are four modulation slots which can each contain one of five types of modulator: Meta Knob, MIDI CC, Follower and ADSR. The Meta Knob is particularly interesting as it can control several parameters at once, though all modulators here can be easily assigned using the colour coding system. Things get pretty involved quite quickly once you start to use more than one modulator, especially if you’re also using live MIDI input to change pitch and other parameters in real time. 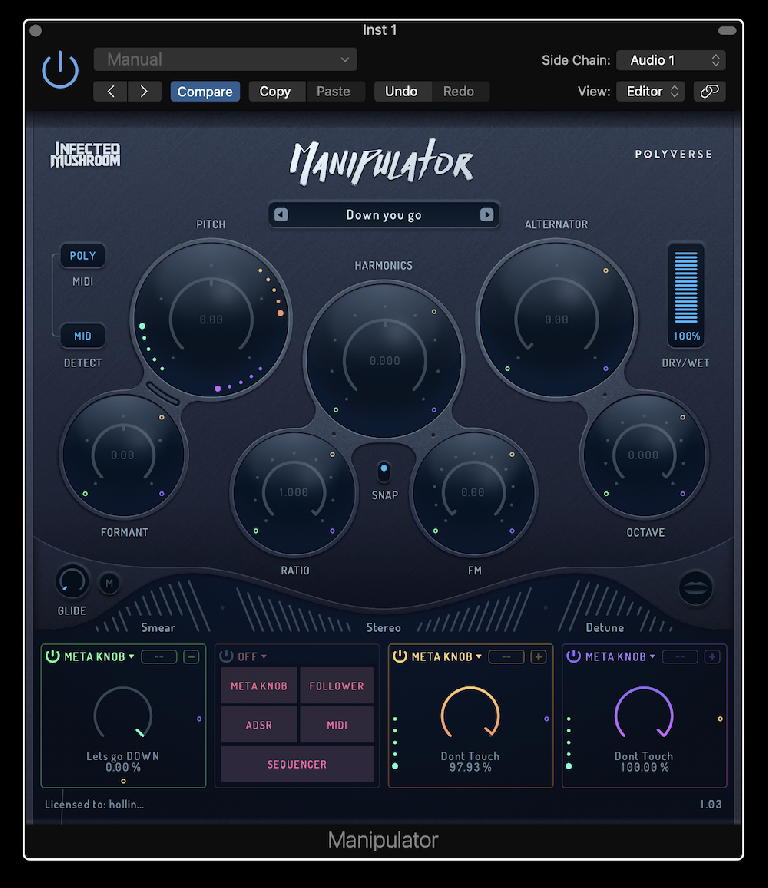 Manipulator’s presets are helpfully grouped by type and contain many excellent jump-off points for mangling and harmonising vocals and other monophonic sources. A lot of them are quite extreme even at their default setting but you can of course dial them back a little or create your own from scratch. This is way beyond your typical voice processor which might do some vocoding, pitching and robot stuff. It turns voices into instruments, sequenced, tempo synced and darting around in pitch. The developers talk about using vocals as if they were synths, and it absolutely achieves that goal.

Though well designed and laid out, there is a moderate learning curve at first, largely because all of the controls are capable of quite extreme sound manipulation. Using lots of them at once can be overwhelming initially and it can be an idea to start with one algorithm, learn how it works and build from there. But for everything from harmonisation all the way to space-age vocal mangling and extreme effects, Manipulator is remarkably powerful and perfect for all kinds of EDM.

boisocial
how is this new XD