The Result6 monitors from high-end manufacturer PMC aim to bring the company's advanced design technologies to a broader section of the market. Hollin Jones cranked them up to see how they fared...

PMC is a British company that designs and manufactures some very high end studio monitoring equipment. But it’s also now got a presence at the relatively more affordable end of the market, for people who don’t mind spending a little more on a pair of serious monitors but equally don’t want to go overboard for their own space. The result6 monitors are 2-way active monitors, yet at 8KG each surprisingly light compared to others I have used of a similar physical size. The build quality is of course excellent and there’s some clever stuff going on inside the box, as we will see. 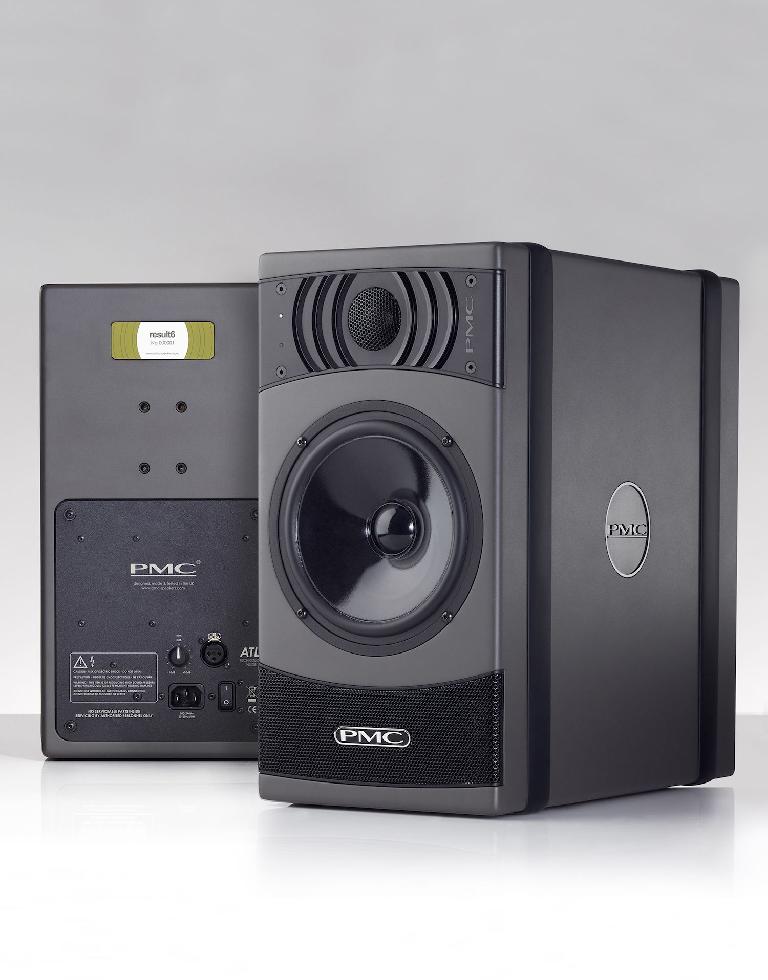 My review models had been run-in already so I could be pretty confident that the results I’d get were consistent with most peoples’ experiences. The company recommended that I set up the speakers toed in with them crossing about 0.5m behind my head rather than pointing directly at me as this would help to achieve a much larger soundstage and better separation.

The speakers use a different approach than simply having bass ports on the front or rear - a technology the company calls Advanced Transmission Line, or ATL bass loading technology. This is explained in detail on their website but essentially it works as follows. The bass driver is located near one end of a long cavity inside the body, which is heavily damped with acoustic material designed to absorb the upper bass and higher frequencies produced by the rear of the bass driver. The lowest frequencies pass down the line and emerge from the large frontal vent in the same polarity as the driver’s direct radiation, the vent acting essentially as a second bass driver. 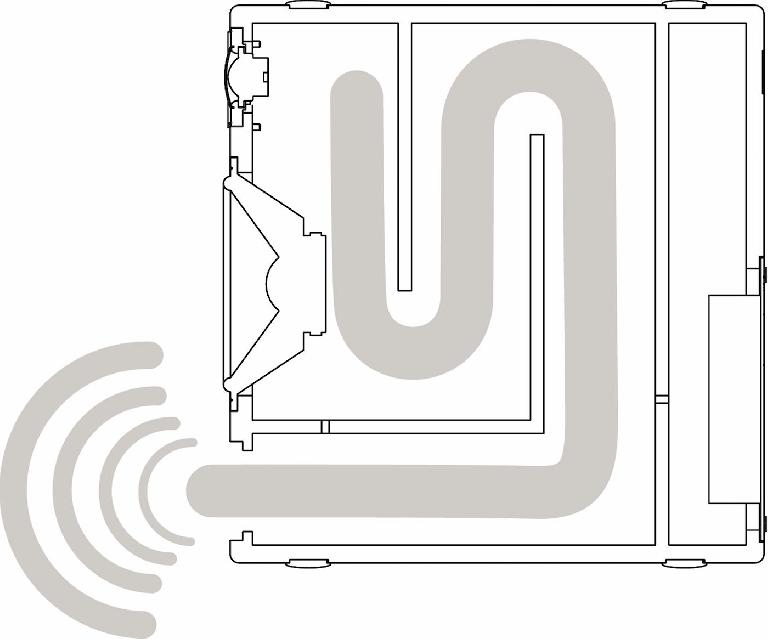 The benefits of this, say PMC, are that it maintains a constant air pressure inside the cabinet which helps the driver perform over a wider frequency range without distortion. Upper bass and midrange detail is not masked, and it’s possible to achieve greater bass extension and a higher SPL capacity than comparably sized models. Furthermore they say, frequency response remains consistent regardless of listening level, meaning that you should be able to hear the low end clearly even at lower levels, without having to crank the volume up. Similarly at higher levels, the bass shouldn’t swamp the soundstage.

I’m happy to report that the technology described above and the effort PMC has put into designing the ATL system really does seem to have paid off. The sound is remarkably concise and consistent at all listening levels, and the company’s stated aim of maximising the sweet spot - so you can move around at least a little relative to the speakers while maintaining optimum clarity - has certainly been met. 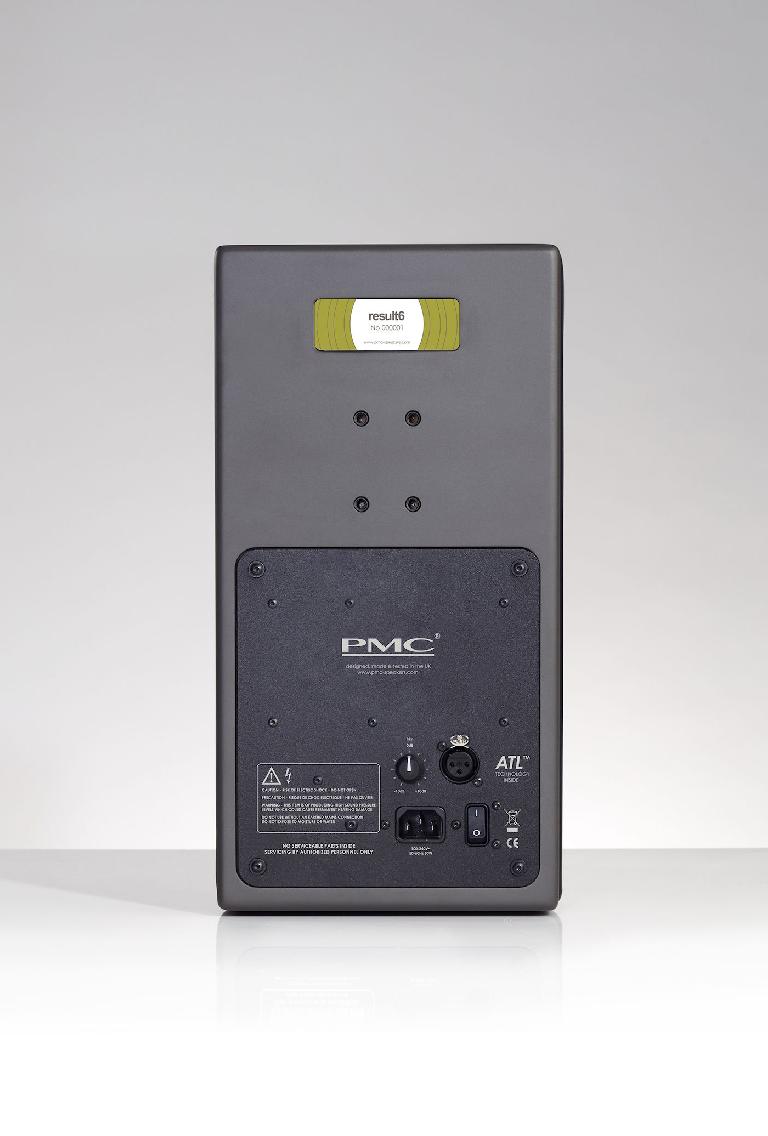 The 6.5 inch mid/bass driver is able to deliver solid and accurate bass while still pushing out crisp and clear mid range, which not all two-way speakers are able to do. The 27mm soft dome tweeter has a dispersion grille and uses a D-Fin system which extends the high frequency dispersion capability of the tweeter. The rationale here is that most tweeters are very directional, meaning that if you move off-axis you’re going to stop hearing accurate HF. Using the D-Fin system makes it possible to diffract the signal (in a controlled way) which produces a wider and smoother wavefront as well as blocking edge reflections. In tests this was remarkably successful, and made me realise how directional the high end from some speakers can be. I soon stopped worrying about whether I was sitting in exactly the right place for optimum focus, because this space was larger than I was used to.

Internally, the speakers use ultra low distortion Class D power amps as well as pure analogue, 24db per octave crossovers. Unlike some monitors, they don’t use DSP-based user setup or any kind of software, relying instead on their physical design to ensure optimum performance, as outlined above. Personally, I think this is a good thing. You may disagree - some people like to have customisable, DSP-driven user setup capabilities where you can store and recall multiple behaviours. I actually prefer not to have loads of these kinds of options when it comes to speakers - maybe just a simple EQ switch or two to compensate for the room and positioning.

These don’t even have that - so you are very much in the hands of the designers. As noted however, having tested them, I trust their judgment. The speakers delivered a very neutral yet balanced and crisp response, with the 65W (HF) and 100W (LF) amps delivering plenty of headroom. Incidentally there is also driver protection with non-aggressive limiting, which is designed to protect the system when being driven hard but without affecting the sound detrimentally. 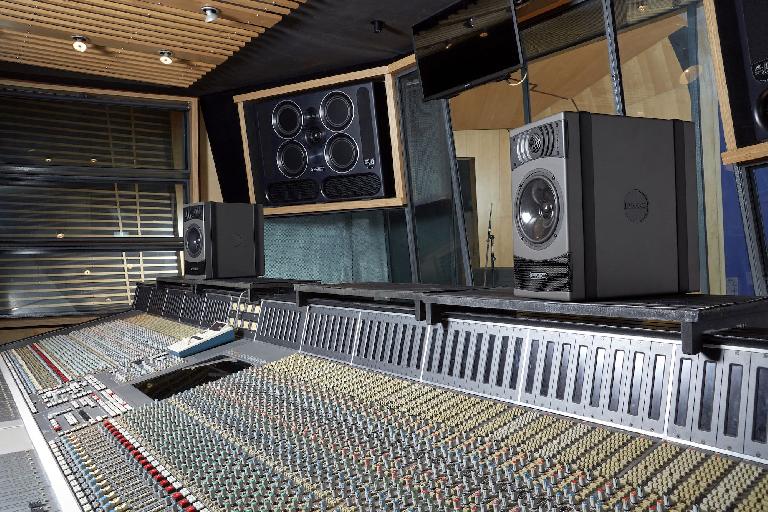 One of the ways I always test monitors is by playing back not only unmixed tracks but also mixed and mastered material both of my own and commercially recorded stuff. Using tracks you are familiar with makes it much easier to tell what the speakers are doing with it. The bass extension on the result6 monitors is very impressive, and they are able to reproduce a very smooth frequency spectrum with all kinds of material. The sweet spot work the company has done really helps with accuracy without having to constantly think about where you are relative to the speakers (as long as you stay broadly in the right space of course) and they maintained a great balance whether at low, medium or high playback levels.

If you are in the market for a great pair of professionally engineered active monitors that won’t blind you with science and endless setup options but rather use physical design to offer an extremely accurate and solid reproduction, these are absolutely worth checking out. For monitors of this quality the price is reasonable - you can pay far more - and monitors are such a crucial part of any setup that your ears will thank you, especially during extended listening periods. Whatever your skill level or musical preference, the result6 monitors will deliver excellent results.

Cons: Fans of advanced setups, DSP and software may want to explore other options.

Learn more about mixing and monitoring in the Ask.Audio Academy: https://ask.audio/academy?nleloc=new-releases