Language
The latest DJ player from Pioneer looks similar to the popular CDJ-2000s. However, the XDJ-1000 does away with the CD drive and focuses to future-looking, rekordbox users and more.

I'm a big fan of Pioneer DJ products and was excited to hear that I'd be able to try out their newest player, the XDJ-1000 Multi Player. The first time I caught a peek at this player was at NAMM; I was immediately impressed with the large touchscreen and interested to see that Pioneer had to chosen to create a media player without a CD player. Although it's being marketed as an 'entry level' unit, the XDJ-1000 offers a number of advanced and futuristic features that I predict we'll be seeing on many DJ players in the future. Here's a closer look at the XDJ-1000 and what it offers to DJs. 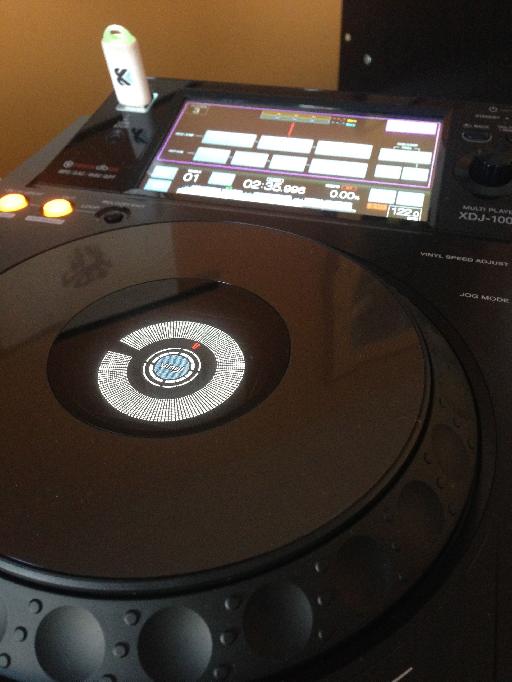 The Pioneer XDJ-1000 Multiplayer looks similar to the CDJ-2000s, with a couple key differences. On the top half of the unit, there's a large touchscreen (which we'll have a closer look at below) and the bottom half of the unit has fewer buttons and controls than the CDJ-2000s. There's still a large jog wheel, a Vinyl Speed Adjust, and a Jog Mode button that allows you to switch between vinyl and CDJ mode. The jog wheel's tension does come preset and it's not possible to make any adjustments to this setting. DJs should note that there's only a single knob for adjusting the release and brake in vinyl mode, but I think the majority of jocks will be able to play sets just fine using the one knob.

On the XDJ-1000, there's also a tempo slider, as well as Loop In/Out Adjust buttons, a Reverse switch, Track Search and Search buttons, as well the Cue button and the standard Play/Pause buttons. In my mind, these are really all the controls you need on any sort of media player and certainly more than enough controls for any DJ starting out. The XDJ-1000 also offers Pioneer's Link functionality and you can link to other players, your laptop and Pioneer's DJM-900 Nexus or DJM-2000 mixer using the included LAN cables. 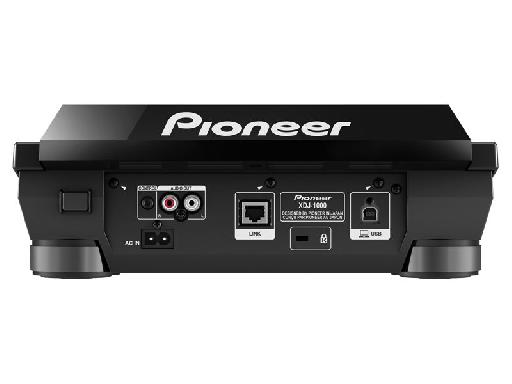 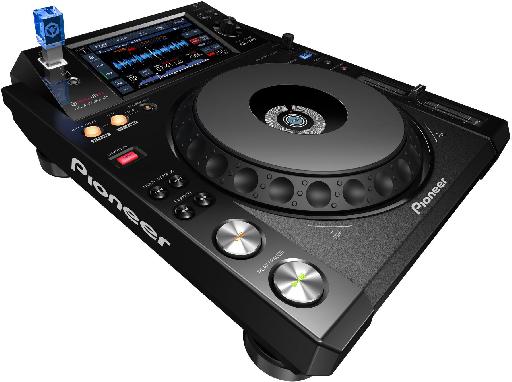 There are several ways to play tracks using the XDJ-1000, including playing tracks from a USB key analyzed by rekordbox or directly from the key itself. Interestingly enough, the XDJ-1000 also outputs MIDI and you can actually use the MIDI to control your DJ software. The XDJ-1000 player does seem to be optimized for those who use rekordbox, though many of the main features can still be utilized by those who prefer to play their music using USB keys. You can also play tracks from a mobile device (either wirelessly or with the device plugged in) that uses rekordbox, which is an innovative feature. Pioneer DJ is always well ahead of the pack with their futuristic innovations and the XDJ-1000 is a prime example of this.

What's really new and exciting about the XDJ-1000 is the touchscreen. The left hand side of the touchscreen gives you the option to choose your source (rekordbox, link or USB) but it's in Perform mode where most of the action takes place. Perform mode takes you to a second screen where you can set up to three Hot Cues and store them as well as Beat Jump. DJs will appreciate the Beat Jump mode which allows you to move forward or backward in the track according to the length of the selected beat. The bottom of the touchscreen gives you access to the Loop mode, where you can loop your tracks and store loop points. On the touchscreen, there's also a browse option available which allows rekordbox users to easily search for and locate tracks quickly. Rekordbox users can also use the Sync feature located on the bottom part of the Touchscreen.

Though many other reviews I read have complained about the Hot Cue buttons being located in the Perform area, I find this to be a minor issue as you only need to press one button to access this page. Using a touchscreen in a DJ performance can be an intuitive way to play, and DJs will be able to easily adapt to using the buttons on the screen. As a long time user of touchscreens for DJing purposes, I find using touchscreens to be a very fluid and sophisticated way to play and manipulate tracks.

At the time of this review, no HID support for either of the major digital DJing software programs is available. This means Serato and Traktor users are a little out of luck, unless they are keen on writing their own MIDI mappings for the XDJ-1000. However, the possibility to control a digital DJing software program using the touchscreen is exciting and holds much promise. I'm looking forward to seeing what new developments are made for this player in the months to come.

The XDJ-1000 is marketed more as an entry level player, and one reason for this is it doesn't have the high end Wolfson digital to analogue converter that's on other higher end Pioneer units. That being said, the converters are more than adequate for home or studio use, but I wouldn't recommend installing these players in a large venue.

Overall, this is a very cool new DJ player and I think Pioneer is taking a step in the right direction by doing away with the CD drive. In 2015, there's really no need to use CDs anymore as we have so many other options available for playing music digitally. The touchscreen is also a very welcome addition; its helpful to have options for looping, hot cueing and beat jumping in the track accessible at your fingertips. At present moment, I do feel this player is best suited to rekordbox users and those who play files from USB keys. I hope in the months to come we'll see ways for this player to be integrated with the leading digital software programs, and HID support and/or good quality MIDI mappings will become available.

Overall, the XDJ-1000 is a solid innovation from Pioneer DJ that I believe will be useful to those who are interested in using the touchscreen. I also believe this player will appeal to DJs who are looking for a slightly more futuristic and less expensive Pioneer DJ player to use in home and studio environments. The XDJ-1000 hints at the type of DJ players we'll start to see in the next few years, and opens the door to what is perhaps the future of DJing; playing using touchscreen technologies.

Any plans for an updated review now that HID support has been introduced? Cheers.