Language
Sometimes it's the smaller developers who create the biggest and most impressive instruments. Jay Asher examines Pettinhouse's Acoustic Guitar 2 for Kontakt and is left impressed.

I don't have a lot of regrets in terms of my musical education, but one thing I do regret is not taking some time to learn to play at least a little guitar for strumming and simple solos. So when I find myself in the position of either not having the budget and/or the time to permit me to bring in a real guitarist, I am forced to try to simulate it with software emulations.

Before there were guitar libraries with strumming engines, a trick I used to employ was to perform the part with two keyboards, one weighted and one un-weighted. The weighted keyboard played the down strokes while the un-weighted keyboard played the up strokes. It sort of worked, but not really and obviously was not ergonomically terribly convenient.

Obviously there are a lot of non-guitarists in a similar position but perhaps surprisingly, I talked to a lot of guitarists who also felt the need for this at times for expediency. After all, it takes some time to set up the microphone, set the levels, and record it that for simple accompaniment or solo parts may be really significant to a good end result.

One developer did come up with a strumming guitar software instrument that was widely used and was almost without competition for some time. But personally I was not crazy about the sound of the guitar samples themselves and found the workflow of using existing chords cumbersome. Since then, a number of other guitar libraries with strumming capabilities have entered the marketplace.

Most of the guitar libraries I have used for the last few years have come from Pettinhouse. Andrea Pettinhouse always seems to capture a sound with his guitars that I like combined with a workflow that makes sense to me. http://www.pettinhouse.com

He is a competent keyboard player who also plays guitar, so he understands the workflow needs well. So when he released an update to his Direct 2 electric guitar library that had 'Powerchord' strumming, I purchased it, tried it, liked it, and immediately fired off an email saying, 'Andrea, can we have this kind of engine with your acoustic guitar? His answer was, 'Of course, Jay, I am already at work on it.'

And so now, we have AcousticGuitar 2.0.and it is also only $99. His libraries are for Kontakt and do require a full version, as they do not come with a player, which I am sure is part of the reason why they are priced so reasonably.

It has all the articulations you could need: slides, hammer ons, palm mutes, harmonics, up and down strokes, trills, stopped notes, release notes, and fret, hand, and strum noises.

Personally I prefer to dial the latter back. I have never related to the desire to include in libraries in the name of 'reality' the very things that players and engineers worked so hard to minimize, but hey, that is just me.

Andrea has also included some decent effects: EQ, delay, reverb, and a phaser. In the GUI's Guide, you can see a map of the key switches, which of course, you will want to memorize to be fluid with the instrument. See Pic 1.

There are also Tip & Tricks and Chords pages in the Guide that many users will find helpful that you can see here in Pics 2 and 3 below.

On the website are video demos of how each instrument works, as well as audio demos. And of course, you will find the videos on YouTube as well. Don't look for a manual however, as Andrea prefers the videos..

As I said the library sounds lovely, very warm and rich. But the big question for many will be the strumming engine. So how well does it work?

The answer is quite well and quite intuitively. In the image below, you see the Strummer page.

It allows you 145 preset patterns, 21 of which are already programmed for you with very commonly used pop/rock patterns. If you are familiar with programming drums in Logic Pro's Ultrabeat or similar abilities in other editors, then creating your own pattern is a breeze. Simply set the Input Quantization as I am doing in Pic 5 below, and draw them in in the grid. 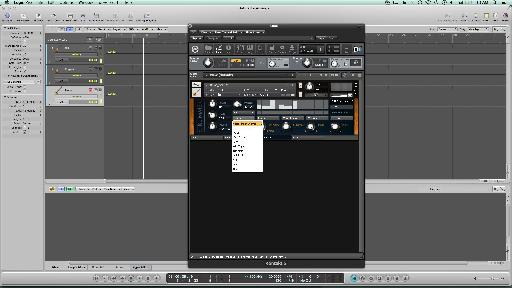 Also, presently there is no way to automate changing strum patterns so you need to open separate instantiations to use several different ones in a project. Andrea is investigating ways to improve this and in the past he has done precisely that.

All in all, this library is going to make my composing life easier. I will always prefer a real player, but when time and/or budget simply do not permit it, AcousticGuitar 2 will come in very handy indeed.

DaveGorst
Hi Jay, great review - if you're looking for a guitar part that's a bit more tailored for what you need let me know and i'll record it for you :-)
Jay Asher
This is the wrong version of my review btw. He already fixed those issues. Hopefully, MPV will swap it out soon.

Thanks for the offer but I live in LA where I can hire Carl Verheyen or George Doering or Grant Geissman, so don't hang out by the phone :)