Language
With a plethora of audio multi-effects plugins available these days, what makes Output's Movement (a rhythm processor) stand out from the crowd? G.W. Childs finds out in this in-depth review.

Every once in a while, you run into a new piece of software that makes you want to update your setup. In the past, for myself, it’s usually been a new video game, or a major DAW update that has been the case for money to fly from my hand, to Apple, or wherever this decades technology has led me. Today, the first piece of software that has caused me to really want to upgrade my shit is actually a plug-in. 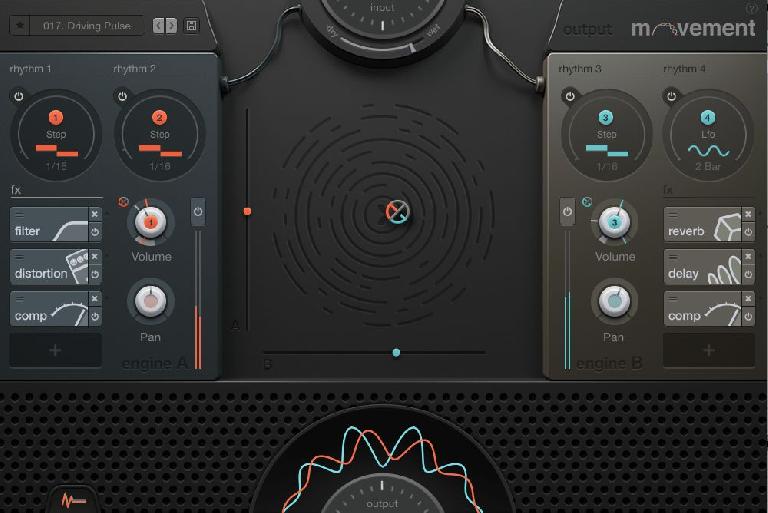 I am hot to trot for multi-FX, filtering plug-ins these days. They make basic sample patches that I use (because I need to stretch my resources as far as possible) that I can run on my old MacBook Pro sound new, and exciting. The hard part for me, at least so far, has been finding a multi-FX plug-in where I really feel a little more at home at the interface. Movement, even in the couple of days where I have been using it a lot, has already become one of the comfiest plug-ins I have run across for this. Let me explain why. 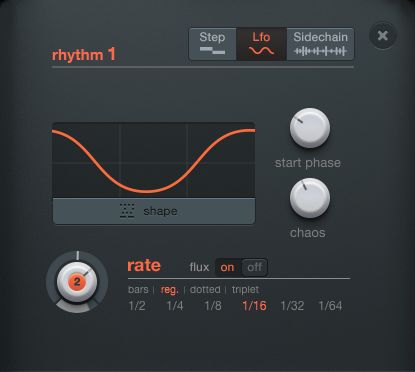 The interface, first off, is a thing of beauty. It’s beautifully animated in all the right ways. But it’s not overt. And, the color scheme is cool, but not over the top. One thing I really like about it is that the UI works very similarly to Massive, a synth that I’ve used a lot. Once this clicked, in regard to how the four, internal rhythm generators can be assigned to modulate various parameters in several different ways, I found myself already making and coming up with ideas for my own patches.

This is something I feel like I really need to commend Movement’s developers on... The presets! There is a large, and extremely comprehensive list of presets that sound great, and never fail to add something to pads, basses, synth leads, and even vocals. And, because these are effects presets, you never really know how one effect will affect another source. This has already caused me to jot down a few favorite presets that I keep coming back to, all the time. But, the interface is sooo damn good, that I’ve already started making my own. 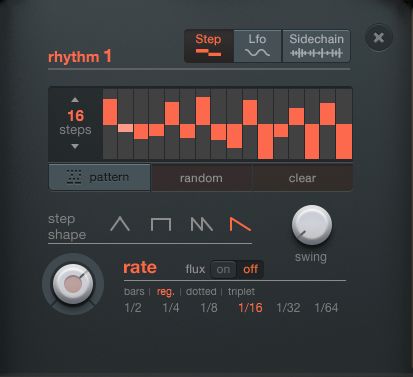 Within each Engine there are 4 slots for different assignable effects. Movement currently has 6 different effects that can be added in, in any particular order—a compressor, a distortion effect, a filter, EQ, delay, and reverb. Not only can the rhythm sources control things like pan, level, and more. But the effects can also be modulated.

In addition to the effects, engines, and effects, there’s also a very handy, and very powerful XY pad that can be, of course, assigned to any parameter within Movement. I should mention that this pad appears on your screen, along with Movement’s interface as a whole, much bigger than some of the XY pads produced by other companies. No one has corroborated this. But, personally, I think the developers know how deeply you can get sucked into Movement, once the interface is up, and you’ve started tweaking.

While I love the LFO, and Sidechain functionality of the Rhythm Sources, I kept coming back to the Step Sequencers quite a bit, as they are extremely fun to work with. Steps can be programed in positive and negative polarities and there are handy little functions like randomization and Flux (where the rate knob is fluctuated by the other rhythm). There are even regular, dotted and triplet resolutions for timing, as well as Step Shapes. 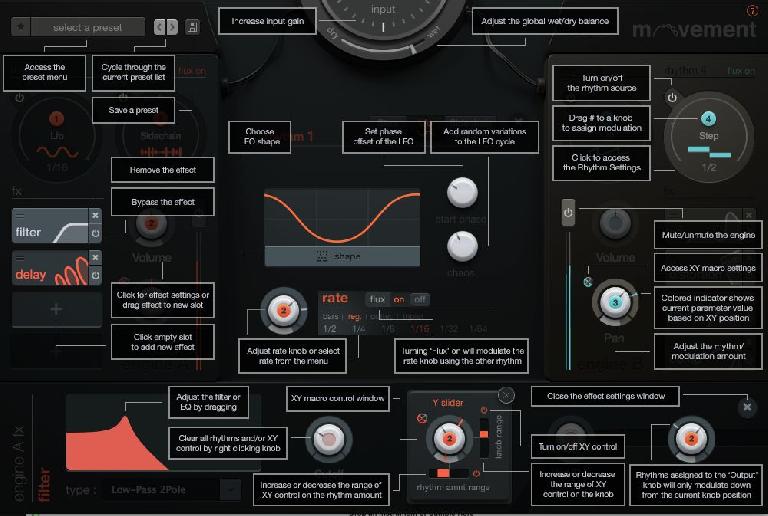 I found myself using Movement, from the start, with pretty much every instrument, track and bit of vocals I could throw it on. There is immediate gratification, for the most part, from every preset. But, when pads come into the picture, Movement really takes off.

In addition, drums being processed by Movement sound incredible. I’m always looking for new, and different drum patterns. Movement, especially with all of its ultra modulated patches really does change things up. It will cut out certain hits and enhance other hits. There is truly lots of Movement in Movement.

Vocals are where I found myself getting extremely excited. Patches within the Movement Library, and also just sitting down with an initialized Movement patch, reveals an effect device that can be subtle at times, and very blatant, at others. Just hearing the subtle movements within my voice, subtle patterns of modulations existing. But, not being overt enough to detract from what’s being said, got me very excited. I am already thinking about what a modulated 4-part harmony is going to sound like... Through Movement!

While the interface is powerful and wonderfully animated, I do find that I wait for a little longer than normal for the UI to appear, once I need to tweak Movement. The animated pulsing and knob movements that go on inside of Movement can be disabled by the small waveform button at the bottom. But this setting currently seems to be forgotten, once you close the UI and go back in. I am not really sure if this setting being locked, after closing the UI, would actually increase the UI loading time. But, I will say this, even when the interface is slow to appear, the effects coming from even multiple instances of Movement aren’t too hard on the processor. I got three instances going on my old machine, and that’s unusual for all of the next generation plugs that are coming out, lately. 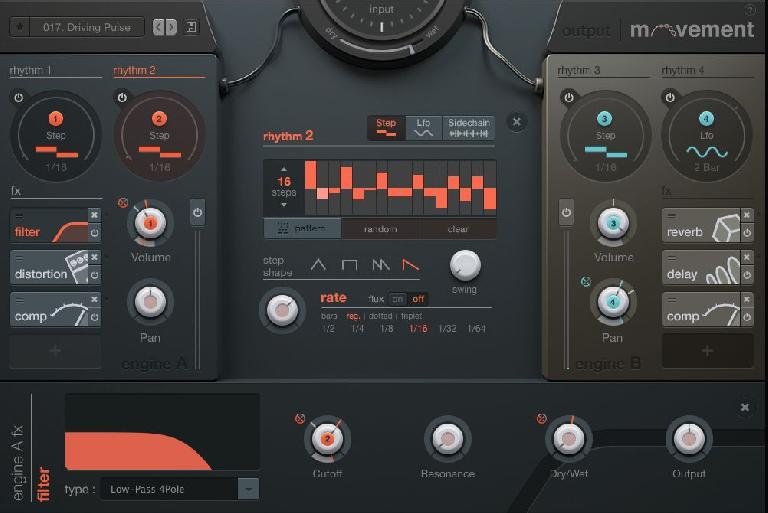 Movement isn’t just an effect, it’ll improve your quality of life as a musician. The effects, the patches, the look and the way that effects are applied all sound great, and you can tell a huge amount of thought went into each function. It really feels like an effect plug made by a musician, for musicians. But, more than anything, Movement adds a new  vibe to pretty much anything you run through it.

Pros: A powerful multi-FX plug-in with a cool XY pad, useable patches and a lot of eye candy. Makes anything sound cool!

Cons: The interface takes a while to appear.