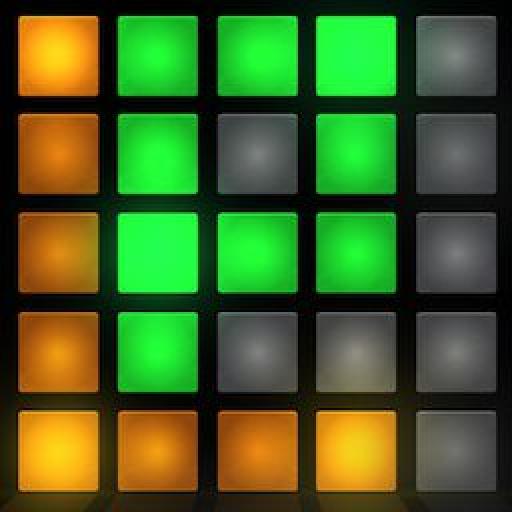 Language
The Novation Lauchkey Controller is here and happily Tadhg Leonard has put it through its paces in this feature review. So, how does it perform? 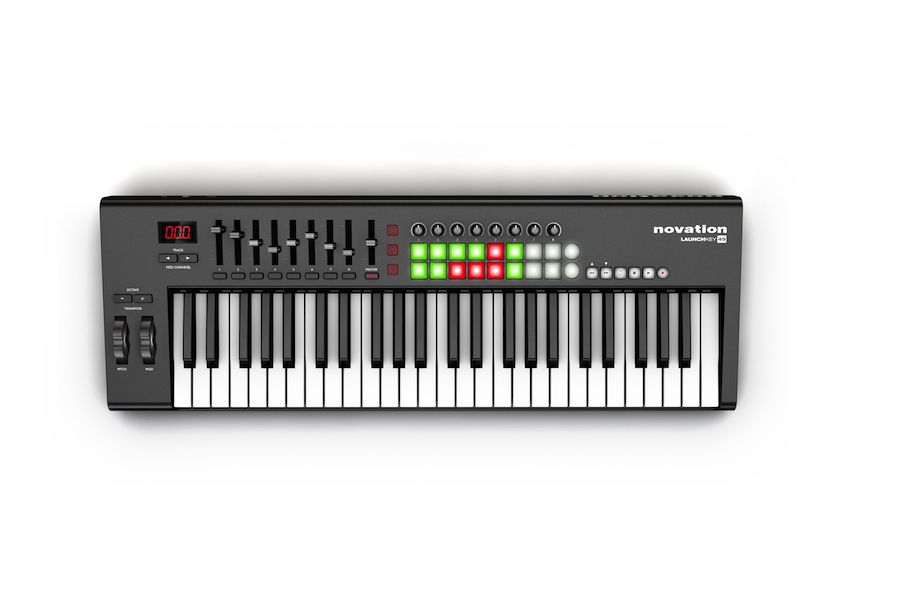 The team at Novation have been releasing affordable MIDI keyboard controllers for years, most notably the Impulse and SL range, and at NAMM 2013 they continued the trend by announcing the Launchkey series. Coming in three different sizes, the 25, 49 and 61 models are designed to cater for the portable performer and studio producer alike. As with the SL and Impulse series' plenty of hands on control is on offer with over fifty on board controls and all for a considerably low price. In addition, the Launchkey is Novation's flagship controller that offers InControl technology, granting straightforward interaction with your DAW. iPad users will also be excited to learn that the Launchkey offers deep integration with Novation's two latest iOS apps, the Launchpad and Launchkey. So with all this bang for a relatively cheap buck, is the Launchkey as good as value as it appears to be from first glance? Read on to find out.

Novation products tend to ship with plenty of software extras and that is certainly the case here. A copy of Ableton Live Lite is a nice surprise for anyone who hasn't boarded the Ableton train yet, and despite being a very stripped back version of Live still provides you with a taste of what the software is capable of.  In addition you also get your hands on two of Novation's own soft-synths, Bass Station and V-Station. Both come with a Launchkey mapping to give you instant hands on control of each synth, direct from the controller. To top it off there is 800 MB of Loopmaster samples to add to your collection. 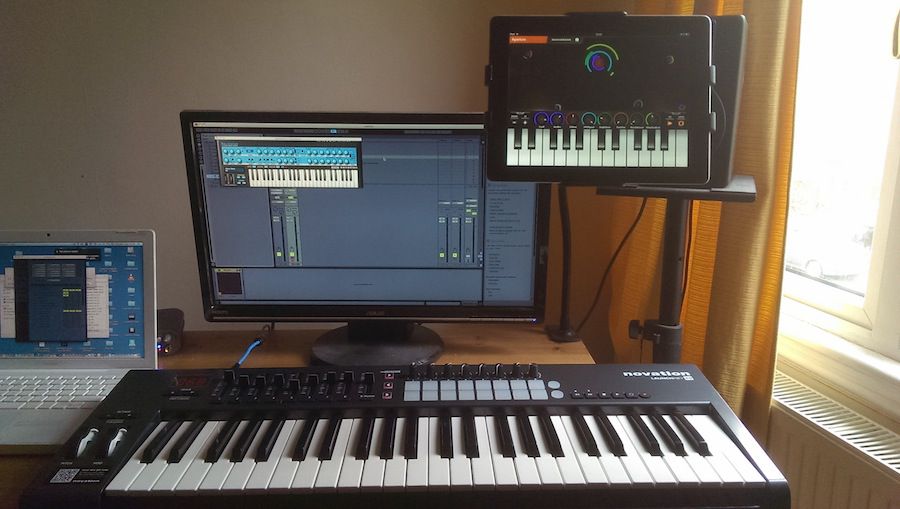 The keyboard itself, although bus powered, is very well built and feels robust enough to take on the road. The velocity sensitive, synth weighted keys have a very nice, professional feel to them and work very well when triggering notes on a virtual synth. The nine sliders (only one in the 25 model) are also a pleasant surprise and are as rigid as you would need them to be when performing. Eight of the sliders are accompanied by a solo/mute button with a backlit mode button residing under the master fader. There is also a generous helping of drum pads, sixteen to be precise, all of which are backlit and velocity sensitive. Just above the drum pads are eight encoders for further control of the parameters in your DAW. As you would expect, Novation have included a spring-loaded Pitch Bend and Modulation wheel along with the usual transport controls. To top it off, there is also a three digit LED display that outputs useful info, such as MIDI CC values for each control.

One of the most notable features of the Launchkey range has to be the introduction of InControl. Having being preceded by the Automap software, InControl is a firmware-based technology that grants users of all the major DAWs easy set-up and integration between controller and software. When InControl is turned on, the pads, sliders and encoders on the Launchkey are automatically mapped to preset parameters inside your software. If you are someone who prefers to create their own mapping layouts then this function can easily be turned off using the three InControl buttons (one for each set of controls) on the keyboard. So how does it work in practice? In Ableton Live for example, setting up was simply a case of choosing 'Launchkey' as the control surface and 'Launchkey (In Control)' as both the Input and Output in Live's MIDI Tab. Turn Sync and Track on for the relevant MIDI ports and you are ready to go. Immediately it becomes obvious that the InControl function turns the Launchkey into a very intuitive controller with instant, in-depth control over Live. The eight sliders control the track volume of the eight Live tracks in the selected channel bank, with the master fader controlling Live's master channel. The buttons underneath each track can act as either a solo or mute by toggling the backlit button underneath the master fader. The encoders control the first eight device parameters on the currently selected track, which can be chosen using the Track left and right arrows underneath the LED display. The drum pads are possibly the most impressive aspect of InControl as the top row act as launch buttons for the clips in the currently selected scene with the bottom row pads posing as 'stop all clips' buttons for each of the eight tracks in the channel bank. If you would like to use these pads for playing samples in a record-enabled Drum Rack instead, simply turn off the bottom InControl button on the Launchkey. To scroll up and down through each scene, you can use the rewind and fast forward buttons, with the remaining transport controls being used to operate their corresponding parameters in Live's own global transport bar. 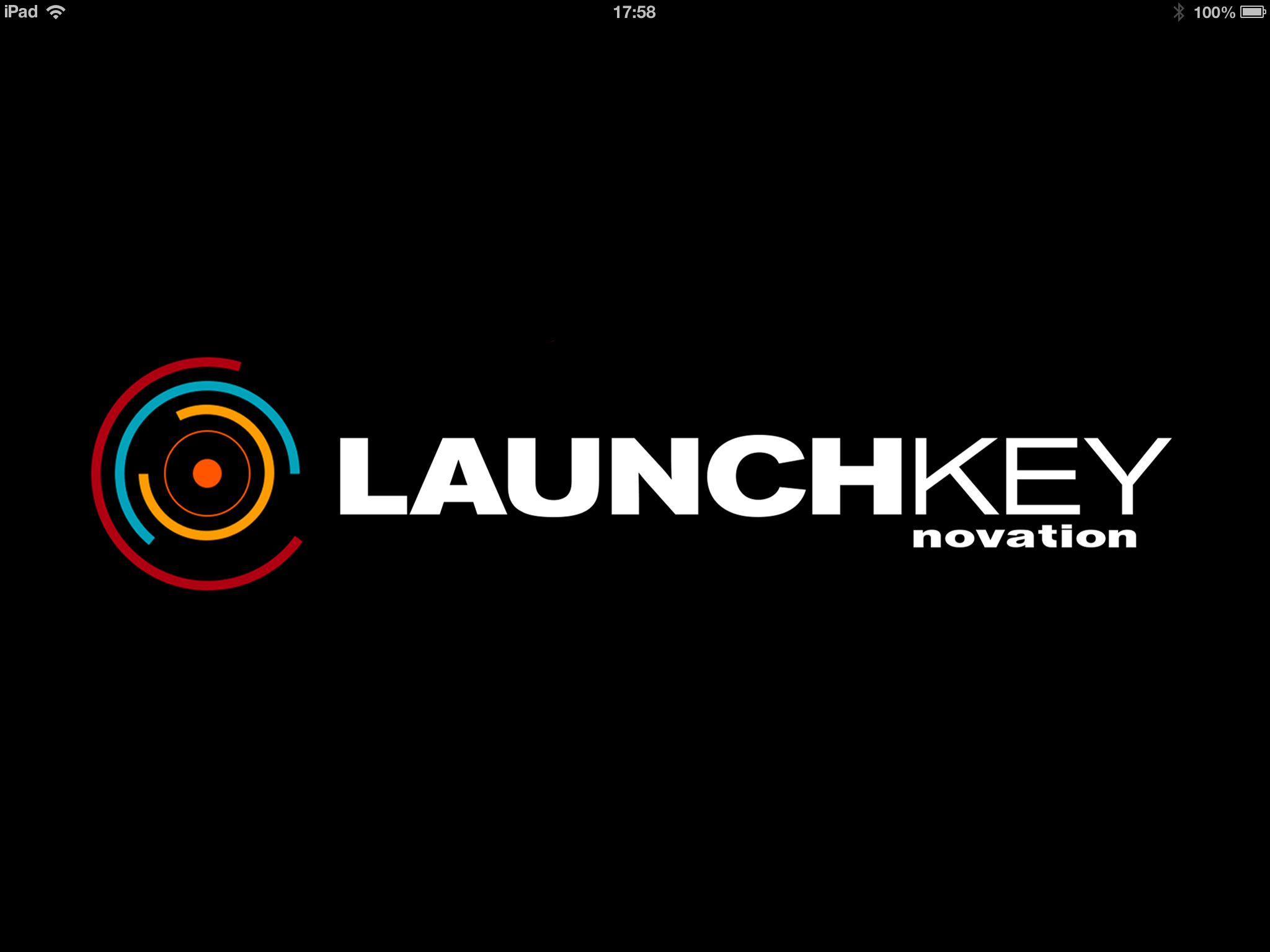 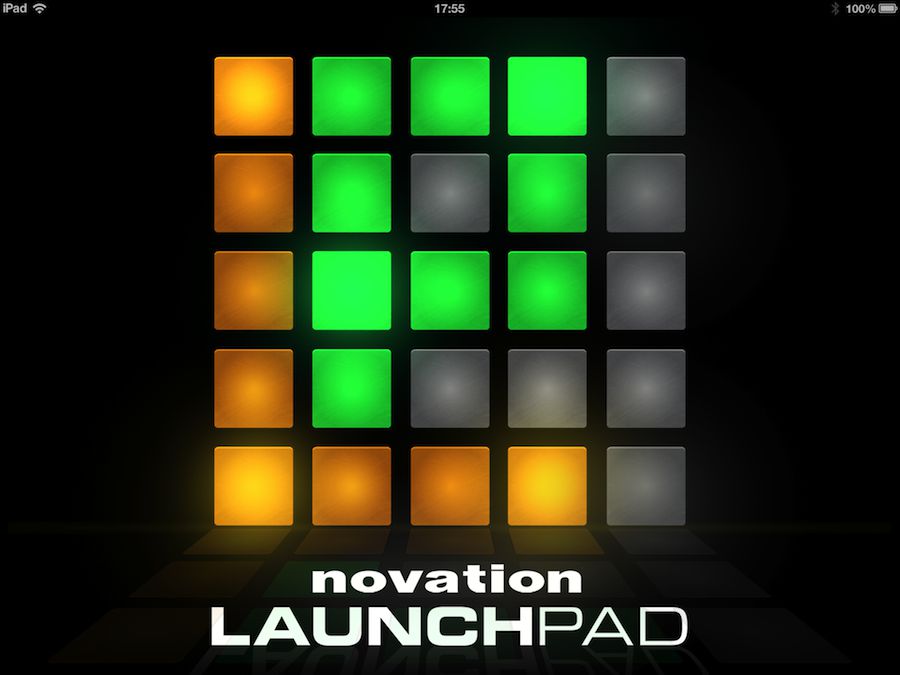 The other noteworthy feature would have to be the controller's compatibility with the iPad, especially Novation's free Launchkey and Launchpad apps. Once you have downloaded both apps from the App Store, simply connect the Launchkey to your iPad using Apple's camera connection kit (not included). Impressively the Launchkey still doesn't require a power adapter, as the iPad is capable of powering the Launchkey on its own, although you may find your iPad's battery level running down more quickly than normal. Starting with the controller's integration with the Launchkey app, it is fair to say that you instantly have an excellent combination of hardware control and a great sounding synth You can use the drum pads to toggle through the various presets and save your own patches by holding down the top circular pad along with the drum pad you want to save it too. Furthermore, the bottom line of pads moves the node on the synth to various parameter settings in the app's interface allowing you to trigger different sounds on the fly. The sliders and knobs on the controller can be used to physically sculpt your sound from scratch as they are automatically assigned to different parameters on the synth's envelopes and FX.

The controller also gives the user equally impressive physical control over the Launchpad app. As you would expect, the drum pads trigger the clips in the selected rows, which can be altered using the rewind and fast forward buttons on the keyboard. The pads can also be turned into FX controls by pressing the bottom circular button on the Launchkey. Of course the sliders and encoders don't go to waste either and are used to control the volume and filtering of each track respectively. As an added bonus, both apps can be played simultaneously allowing for hours of hands on performing. 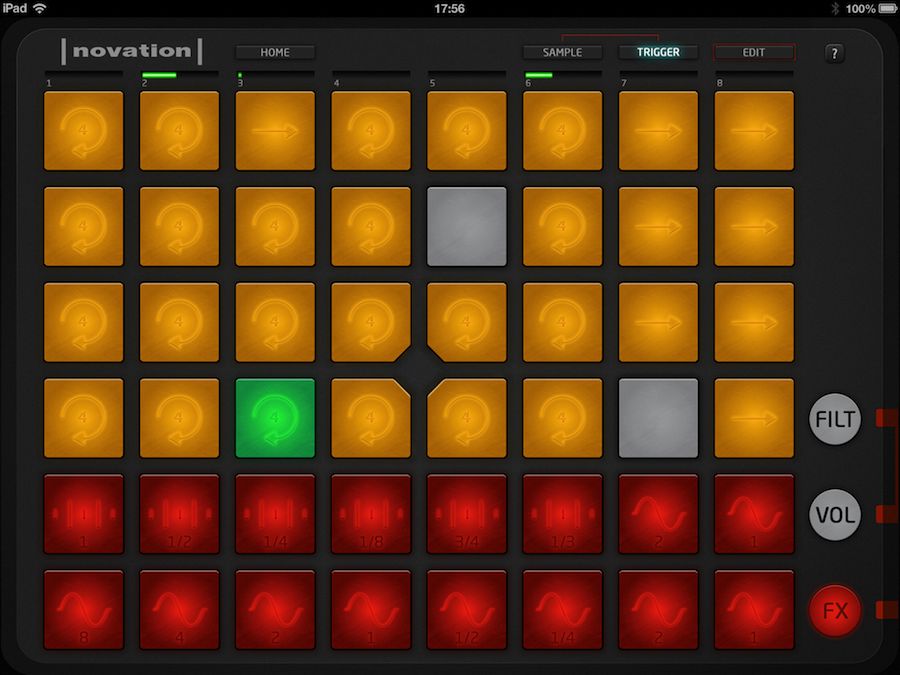 There isn't a lot of negative things to say about the Launchkey. I would say the encoders are a little bit looser than I'd like and their close proximity to the drum pads could potentially hinder an over excited finger drummer. Some may also bemoan the omission of aftertouch, but such criticism may be considered a little bit unfair considering the retail price. InControl is certainly a feature that doesn't disappoint and is a godsend for those of us who think mapping individual parameters is a laborious task. The way in which the Launchkey integrates with Novation's iOS apps is also a huge plus point as it allows for a professional music performance without a computer in sight. The sheer amount of controls and controller types would have to be the Launchkey's best selling point, however, and all for an entry level price. Anyone looking to start on the 'Home Studio' path should look no further.