Language
Can you imagine Novation's Launch Control... only bigger, with more rotary encoders, buttons, faders, etc.? Launch Control XL is here and Tadhg Leonard puts it to the test.

Novation's Launch Control XL is a controller I have wanted to see for a long time. Ever since I got my Launchpad (over three years ago now),  I had shopped around for a controller to complement it but have always being left slightly disappointed. Enter the XL, with its portability and sufficient supply of faders and rotary controls to go alongside the 8x8 clip launch buttons of the Launchpad. Had I finally found the ideal portable Live setup or would the XL's real life performance let it down? Read on to find out.

The first thing you will notice about the Launch Control XL is the weight. At just .88 pounds it is extremely portable and fits snuggly in the sleeve I had originally bought for the Launchpad. Despite its light weight, the controls on the XL feel quite robust with the rugged faders and encoders offering sturdy tactile control over your DAW. A minor gripe could be that the encoders are slightly too close together, but this may be considered unfair, given the fact there are 24 of them on such a compact interface. 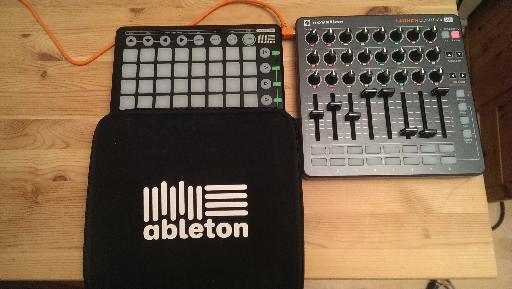 As with most of Novation's devices, connecting to Live is pretty much plug and play. The main factory template on the XL means there is no mapping required to get started. In fact, a quick glance at the controller will tell you exactly what each set of controls is for. The top row of encoders controls the Send A knobs of the eight selected tracks with the second row controlling the Send B knobs. Should you add more returns to your set, you can use the Send select buttons to access the additional Sends on each track. The Track Select buttons underneath can be used to tell the XL what eight tracks you want control over at any given time. 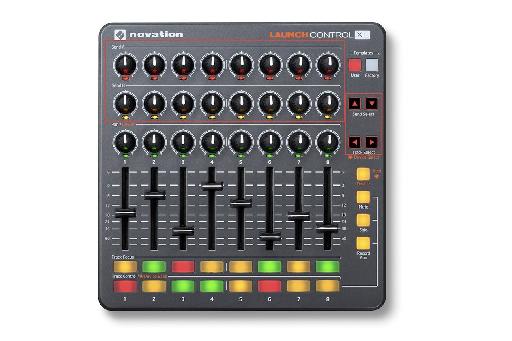 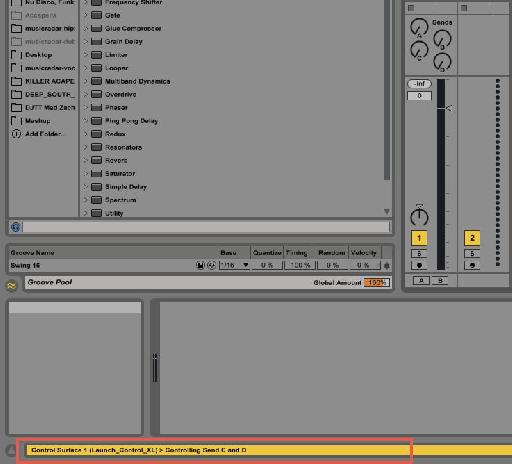 HINT: You can see what Sends and Tracks the XL currently controls through the status bar in Ableton.

The bottom row of encoders (or pots as Novation calls them) automatically act as pan controls. They can, however, also be used to control the first eight parameters of a device on a particular track by pressing the Device button to the top right of the eighth fader. You can scroll through the devices on each track by holding down the device button and pressing the Track Select arrows. To select a track to control, the Track Focus buttons allow you to shift focus between each of the eight tracks in your current selection. All these various functions of being able to control the parameters of any device in any track in your set is very cool indeed.

The bottom row of buttons on the XL also highlights how Novation have cleverly saved space without taking away hands-on control from the user. They automatically control the on/off switches of the eight selected tracks but can also be used as mute, solo and record arm buttons as well. Furthermore, they can be used to switch between the eight factory and user mode available. Simply hold down the User or Factory button and press the relevant number button in the row. 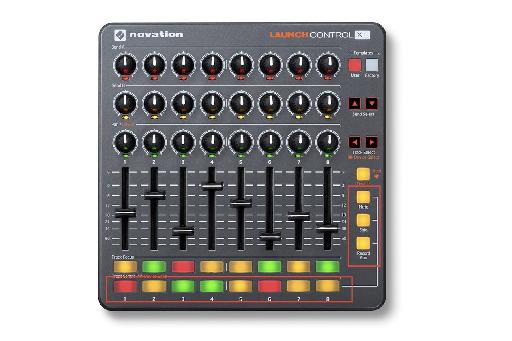 The factory templates on the XL offer plenty of in-depth control out of the box but for those looking for a much more customized setup there are also eight user templates available. Before you map a user template to your DAW, you can adjust the MIDI data for each control on the XL through the Launch Control XL editor. For example, you can change the buttons on the XL from toggle to momentary controls as well as selecting the colors for the LED lights underneath each pot. I found this particularly useful as I was able to group controls into sections of different colors. 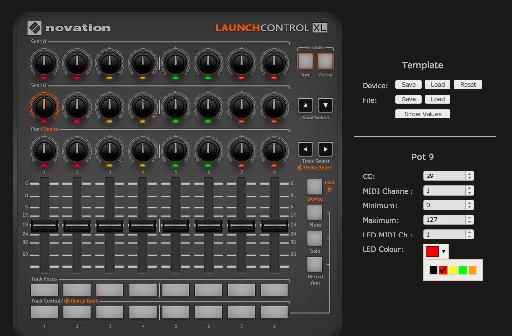 It's important to point out that although the XL can be mapped to any DAW and even connects to your iPad, it really shines when it is being used to control Live with its sibling, the Launchpad beside it. For those that own a Launchpad it's a no brainer, for those that don't I'm sure we'll be seeing some Launchpad / Launch Control XL combo details online soon. Get saving!