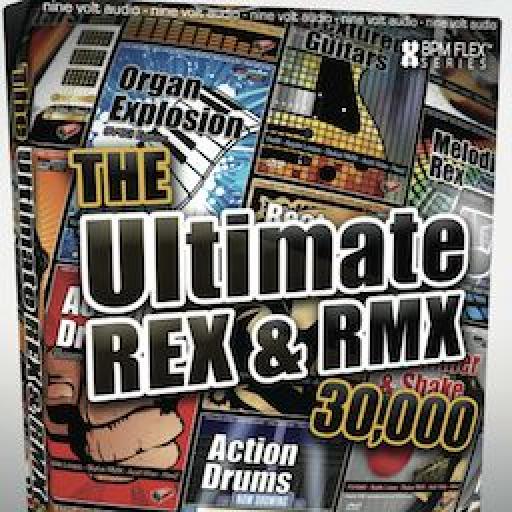 Language
30,000 hand-crafted musical loops in REX and/or Stylus RMX format from as little as $399 US? Nine Volt Audio must be crazy, right? G. W. Childs checks out this quality library.

There was a time when I snubbed my nose at loop libraries. I had the puritanical viewpoint that all sounds, rhythms and textures should be original. However, after a few years of remixing with tight deadlines, all thoughts of purity flew out the window and I cracked in to some loops like a junkie in a methadone clinic, and never looked back.

Over the years, my collection has grown built upon solid libraries that provide the quick "oomph" that I need to set mixes over the edge. So, when I was asked to have a look at Nine Volt Audios new loop bundle for the Stylus RMX and REX Formats my curiosity was more than perked. Especially after having some loops, particularly REX loops, turn some mixes of mine completely around.

And, when I found out how vast this particular bundle was. Well, I was both excited and a little nervous. Especially where the sheer size of the library (libraries) was/were concerned. Let's talk a little bit about the Ultimate REX & RMX 30,000 bundle, and investigate whether this is package that could send you to the next level.

Whether you're a newcomer, or a seasoned composer, it's just a simple fact that variety is the "spice of life". And, with 30,000 REX and RMX files, Nine Volt definitely delivers here. The REX/RMX 30K delivers with libraries that work for Pop, Cinematic, Electronica and more. So, basically, you're getting a balanced, polished, set of major building blocks that will cover almost any kind of music you throw at it for one lump sum.

To be specific, the set is built up from of several libraries. Most of these libraries are what have brought so many accolades to the Nine Volt team. And, with the accrued success Nine Volt have made it easy to download all of these files. This is the only part where you'll need some hard drive space and some patience. In fact, you may want to just keep it downloading for the night. Which is what I did. Well, after having it completely fill my laptop hard drive, then I hooked it up to an external hard drive, then I set it up for the night. It's 20+ GB, so you'll want to prepare yourself to be patient.

I went with the REX format, as I did not have Stylus RMX to work with. And, I use Reason a lot. As well as Ableton Live, and Logic Pro, who all use support REX files. My first foray into the massive library was with Reason, though. So, I just loaded up some loops in my Dr Octo Rex and started building.

After a few listens, I discovered the quality of what was available throughout all of the libraries wouldn't be in question. So, I started to challenge what was available. Let's look for some electronic, some rock, some film friendly stuff. Pretty much everything, besides truly specialized is present here. But, if you're really experienced with REX files, or Stylus RMX, you'll note that the source REX files are only part of the fun. It's mangling REX loops and making them your own is the real fun part. And, if you approach all of this material this way. Well, you've got several years of inspiration ahead of you for around $399.

In closing, I would strongly encourage taking a look at Nine Volt Audio's smorgasbord of sound that is the Ultimate REX and RMX 3000. This is especially true if you're remixing, scoring, or just like to sound polished.