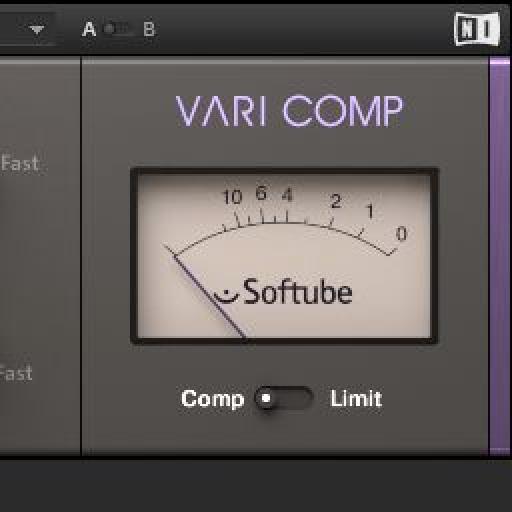 Language
If you know about NI's Solid Mix series and you know about Softube then you have reason to be pretty excited about the NI Komplete 9 Ultimate Processors. Mo Volans breaks down each element.

Komplete 9 Ultimate landed a short while ago and it brings to the table a staggering amount of instruments, sounds and virtual devices. Realistically there are too many to cover in one place so I thought I'd focus on the processors that are now available as plug-ins.

There are updates to the 'Solid Mix' series and a number of new processors from Softube. In this review I'll try to break down the new additions into bite sized chunks and talk about each area separately.

Escape From The Rig!

The first thing to make clear here is that NI have made the move from running all their processors from within Guitar Rig to a more streamlined plug-in format. I for one was really glad to see this happen, not that the Guitar Rig system isn't great but having the effects in plug-in form just gives you so much more freedom.

After an install (and authorization) of Komplete 9 Ultimate, I had every single one of the new plug-ins available as Audio Units, VST, AAX and RTAS. Every DAW I loaded showed them all as available and working. The whole process was extremely straightforward.

It is worth mentioning that if you're not a Komplete 9 owner, any of the effects I cover here can be purchased on their own, or at the very least as part of a package, directly from the NI site. Free demos are also available so you can try them out in the mix. 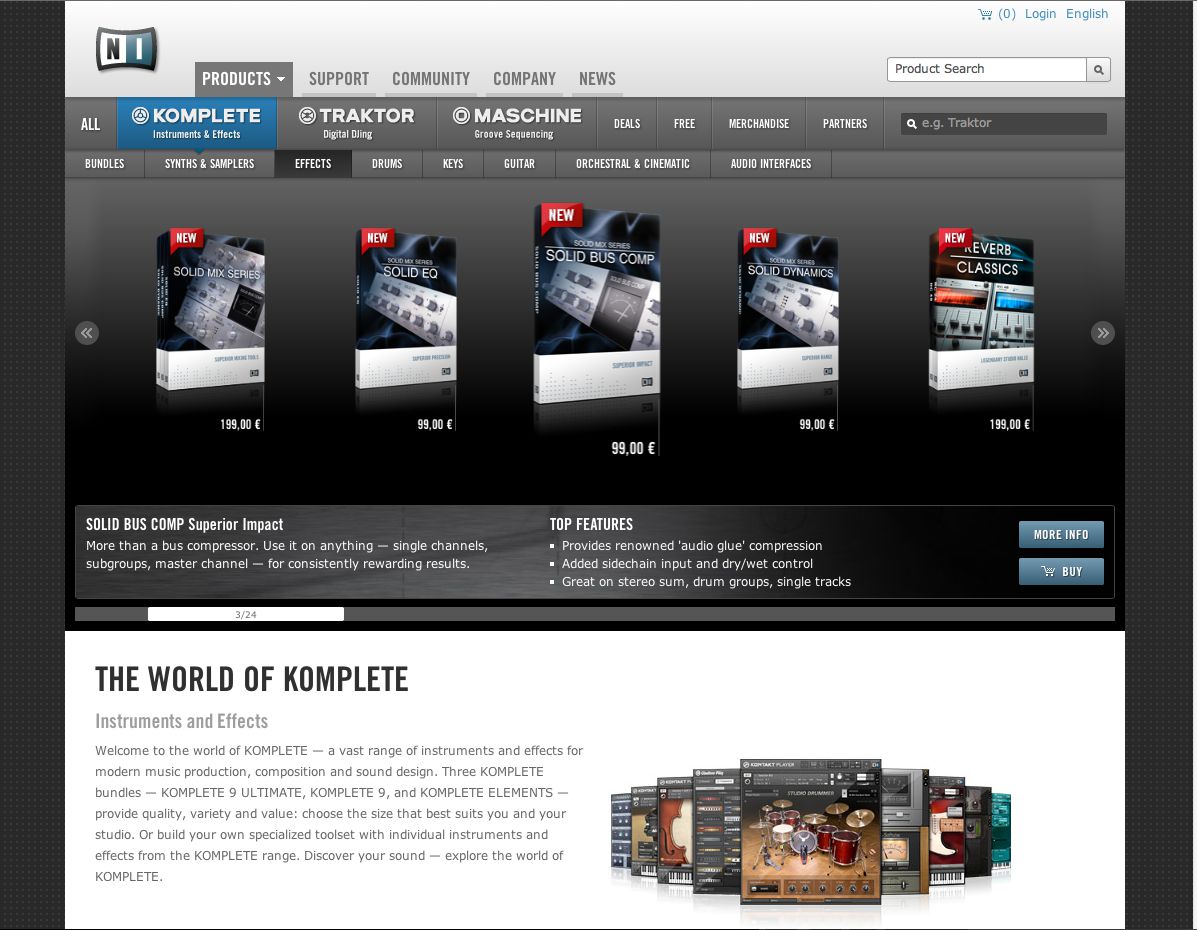 All of the effects here available as part of Komplete or individually.

The beauty of having these processors in plug-in form means that they are now so much easier to load. Cutting out the need for Guitar Rig just means you can get to the desired effect so much more quickly.

Although NI have revamped all of the virtual devices in their producer effects line we also see some welcome new arrivals here. Some of these additions have been developed in house whilst for others NI turned to modeling expertise of Softube.

Softube are very highly respected in the world of hardware emulation and have released some really impressive products. Recently we have seen them branching out and lending their skills to the likes of Propellerhead with many of their plug-ins transformed into Rack Extensions for Reason 7.

There is a pretty extensive list of Softube plug-ins now available in Komplete 9. Pretty much all of them are modeled from some piece of classic hardware. The names give pretty major clues to which products they reproduce.

As you would expect, there are a lot of dynamics processors and equalizers here but there are also a couple of very tasty reverbs that deserve a mention. These come in the new 'Reverb Classics' package and model two high-end algorithmic Lexicon hardware units. 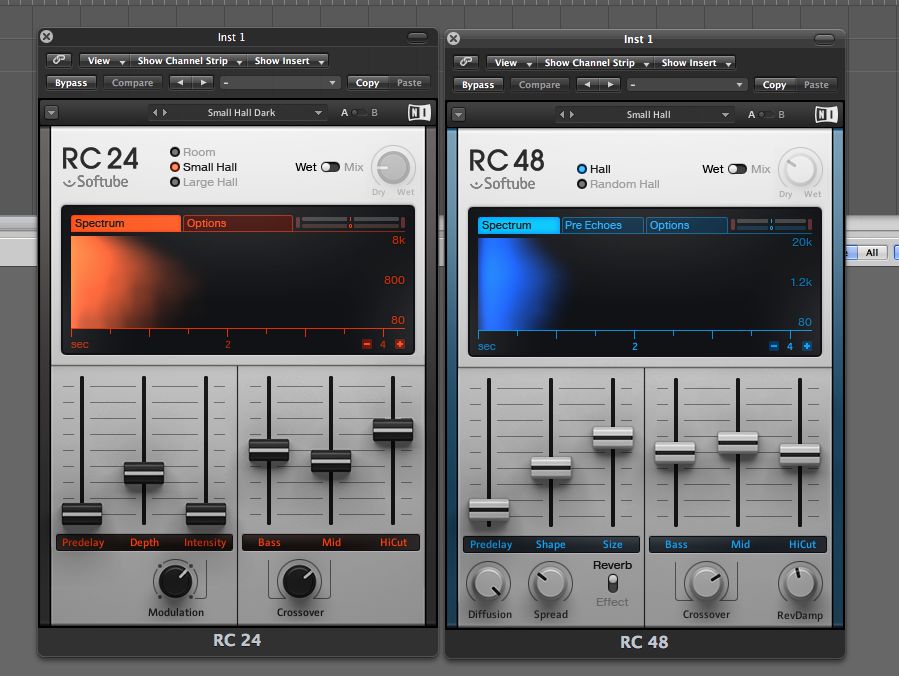 The RC24 and RC48 are both built in association with Softube and model the classic Lexicon 224 and 480L hardware units respectively. If you are into studio gear, you'll probably know that these Lexicon effects have long been revered as the kings of algorithmic reverb for some time.

Having used the Lexicon units myself, I can tell you that the NI versions do a pretty awesome job of capturing the tone and feel of the originals. This is apparent right down to the modulated tails you can produce in the RC24 and the lush stereo spread of the RC48. These could quite easily become your favorite software reverbs.

For the most part, the remaining additions here are EQs and compressors. This is not really surprising as these are generally the most popular production effects. There are some real gems in here that cover both mixing and mastering sessions.

The Enhanced EQ and Vari comp seem to model basic analog/vintage units. The EQ has a definite Pultec look about it but the interfaces are very clean should be accessible even to the beginner. They sound extremely musical and should work well in any situation. 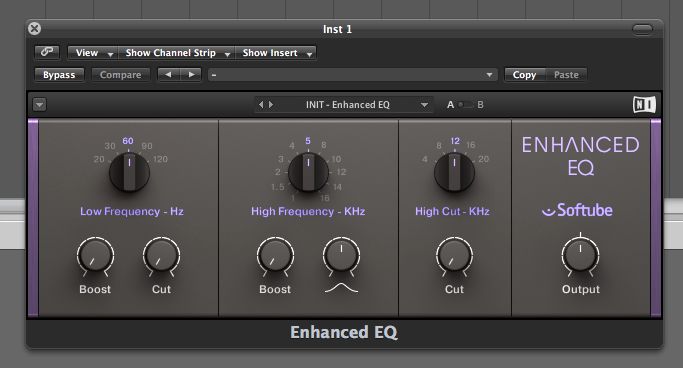 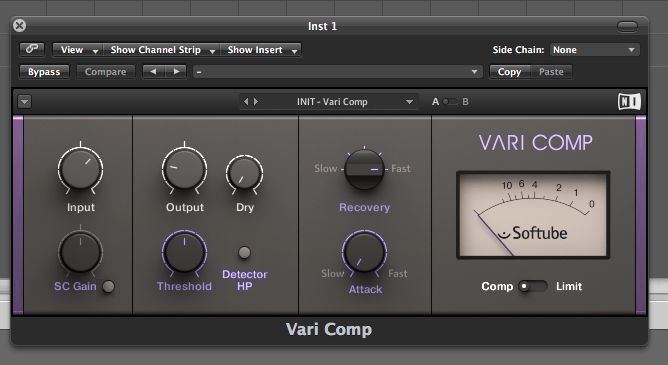 The real star of the show here for me is the Passive EQ. This appears to be a model of the Manley Massive Passive. A unit that I extremely fond of and love to use for mastering. 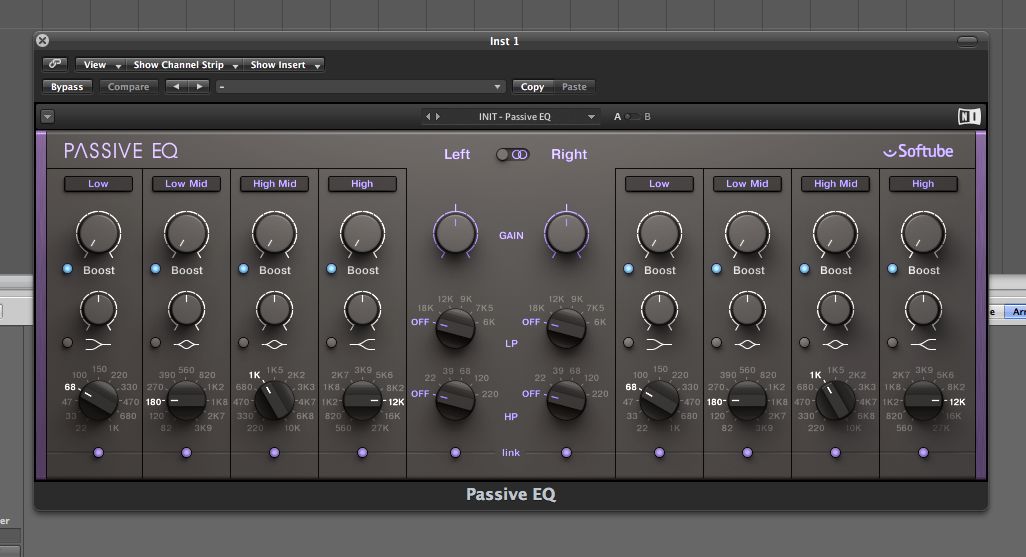 The Passive EQ is perfect for mastering.

The real problem with other models is that an enormous amount of CPU is usually required to recreate the original sound accurately. Softube seem to have worked their magic here as as their version of the Passive sounds great in a mastering chain and has a pretty minimal hit on CPU overheads too.

There are also three more compressors here, also produced by Softube. The VCA2A, VC76 and the VC160. These reproduce the sound of perhaps the most popular hardware compressors in history: the 1176, LA2A and DBX 160. As with everything else here they really do an excellent job of mimicking the hardware making it possible to complete an entire mix without using any other plug-ins.

NI users have had access to the Solid Mix Series for a while now, but as with the other FX collections they had to be loaded from within Guitar Rig. Now that we have them in plug-in form, we have a realistic alternative to the high price SSL emulations out there.

Everything from the original collection is here including Solid EQ, Solid Dynamics and the Solid Buss Compressor. Compared to the more retro emulations in the collection these are very clean and as close to transparent as it gets.

The buss compressor is perfect for drums, percussion and of course the master buss. The other processors are more suitable for mixing and could almost be placed in every channel as a suitable channel strip.

There are a few things that I've missed here, the most important item being the new Driver effect. This is essentially a distortion / filter in one unit. It's going to prove extremely useful for those of you wanting to add some extra crunch and punch to your tracks. 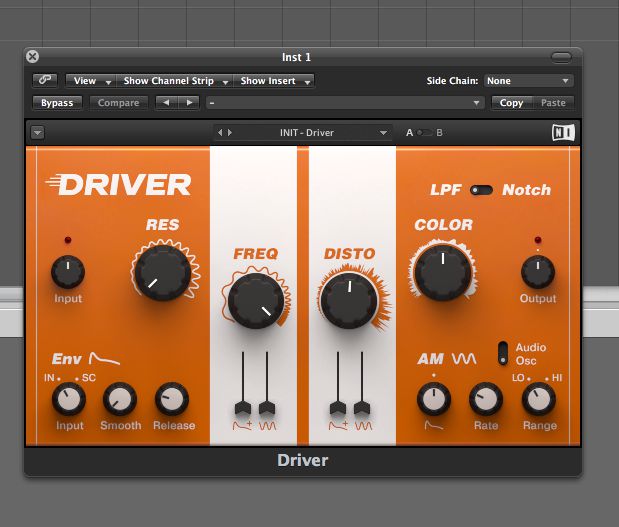 Driver can add some serious punch to your tracks.

Secondly the Transient Master is now a plug-in! This will give the other Transient Designer plugs out there a serious run for their money. Although the effect is largely the same as other offerings, it has a built in limiter to control any extra punch added to the signal. This in itself is unique and should offer something over any other plug-in out there. 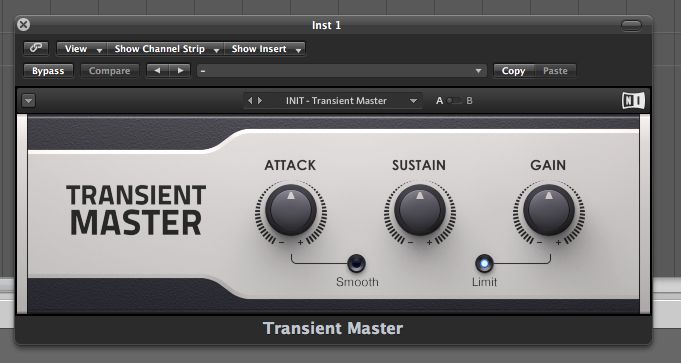 The Transient Master with built-in limiter.

All in all this is a really impressive suite of plug-ins and a formidable update. It's great that you can get hold of these as a bundle as part of Komplete and the addition of reverbs is a really encouraging move here. I'm genuinely looking forward to using this a lot in the mix and you should be too!

cruzmeyers
Mo love your tutorials, thanks for the review, you answered my one question and that was what was the VC160 modeled after, I knew the others. Love the VC76 it has done well with my parallel drum compression. What would be even better than this review is a great video tutorial of these plugs and how you use them to achieve sonic mastery, something in-depth and practical.
Lung
The Vari Comp models the Manley Variable MU correct?

The Lexicon emulations are pretty dang good! While they don't sound quite like the UAD-2 nor Lexicon Native verb equivalents, to me, they do complement their Softube kin (TSAR-1) very well. The Driver is also a gem.

Good overview. I need to get around to trying the SSL emus.