NI's latest audio interfaces come with a generous software bundle and hit new, affordable prices. Hollin Jones found out how they performed in the real world...

As part of NI’s recent expansion into a more consumer-oriented part of the market (in addition to all its existing professional gear of course) we have seen the Berlin-based company release the A-series of Komplete Kontrol keyboards, and the ultra-portable M32, which we reviewed recently. It has also updated its line of Komplete Audio interfaces. Although the Audio 6 is still available, the new Audio 1 and Audio 2 models are more compact and affordable, and aimed at musicians recording just one or two sources at once. There are other interfaces around that can do this of course, but as with the M32 keyboard, NI’s resources and the depth of its software catalogue means is it able to offer lots of added value - though more on this later.

The Audio 1 and 2 are not actually designed in the way their names suggest - both are 2-channel. The Audio 1 is designed for recording mono inputs like vocals or guitar at the same time, so you get one XLR in and one jack input, and RCA outputs to connect directly to speakers. The Audio 2 can also work in stereo, and here you get dual combo jacks for more flexibility. There’s also dual jack outputs, better suited to studio connections than the more consumer-oriented RCAs of the Audio 1. The Audio 2 has mic / line switches for both ins, and both units have a large volume control, channel gain, input / host balance knob, 48v phantom power switch and USB power / audio via the bundled cable. 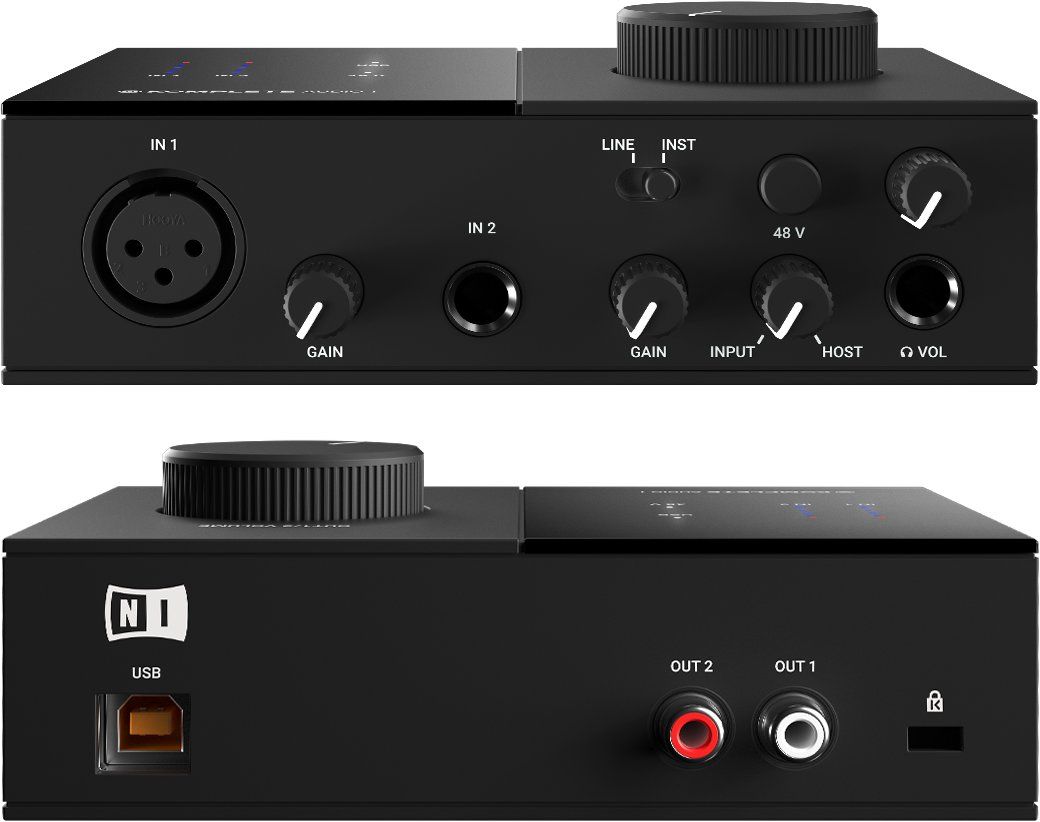 Both record in 24-bit resolution at up to 192KHz - impressive for such compact and affordable units - and feature direct monitoring while recording. They have simple LED level readouts, and their build quality is good - plastic, rather than the more expensive metal of the older models. In my tests I was able to record without noticeable latency, and recordings were clean and clear.

I mentioned the software bundle, and it’s a good one. In addition to Live Lite you get Maschine Essentials with its sound library, the Monark synth, Komplete Start bundle, REPLIKA, PHASIS and SOLID BUS COMP effect plugins, as well as two months access to sounds.com, NI’s online sound library. 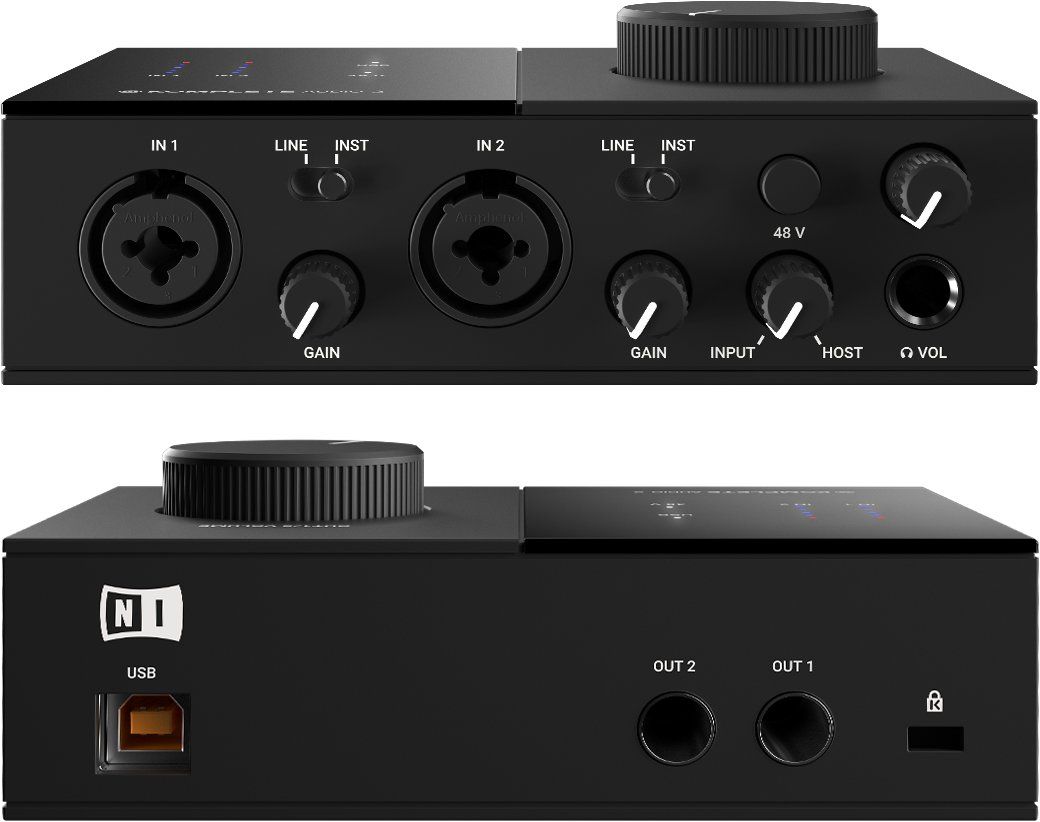 Then there’s the price - a shade under $110 for the 1, and $139 for the 2. This is broadly comparable with similarly specified models from other companies (there is always a little movement in either direction) but represents a new accessible price point for getting into NI’s universe. By way of comparison, if you were to buy Monark and SOLID BUS COMP individually you’d already have spent significantly more than the cost of the whole package here.

Although much of what NI does involves software, you’ll always need a way to record and play back that sound with your computer. In addition to the fact that these are really solid and affordable interfaces and the extras you get with them, you’re also buying into the fact that NI’s software will always work with its interfaces since they designed both. And at this price point you’re not being asked to commit a massive budget to ensuring that happens. The Audio 1 is great for mono sources and hooking directly to a hi-fi or speakers. The Audio 2 is more flexible, with combo jack inputs, stereo operation and jack outs. Whichever you choose, you’ll likely be glad you did.


Cons: No real killer feature - but then these kinds of interfaces are all pretty straightforward.