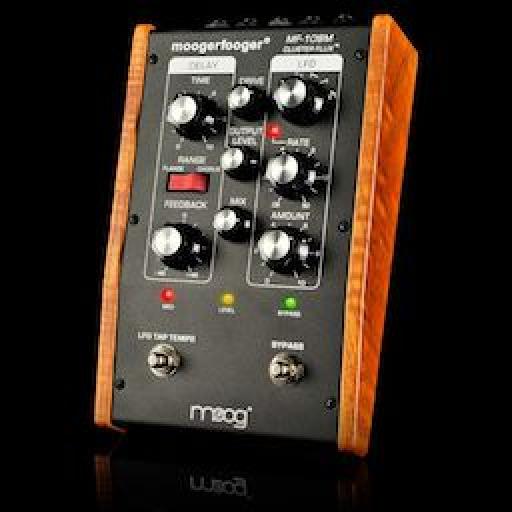 Language
Are you prepared to be amazed by Moog yet again? G. W. Childs enters new dimensions of modulation madness with the MF-108M Cluster Flux.

To be perfectly honest, I've waited for this for a long time. When I was notified that I'd be reviewing this product, I checked my mailbox daily till the unit arrived. And, boy did it arrive. Beautifully packaged, hand numbered box, gorgeously rugged and product information that was both well written and easily understood. I was ready to have the time of my life... And, guess what? I did! 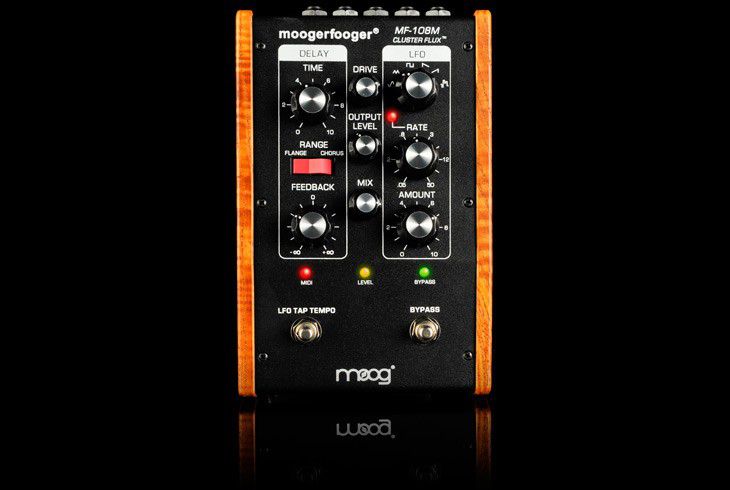 So, what is the Cluster Flux?

To get you up to speed, the Cluster Flux is a dual-range Bucket-Brigade Device that embodies both a short-term delay, and an LFO. Through these two mainstay components you get a brilliant chorus/flange pedal that is really far more than that... There just aren't many more ways out there to describe it.

You see, most choruses and flanges tend to modulate based off of a sine wave, or triangle wave. The Cluster Flux has those waveforms for its LFO, of course. But, it also has a sawtooth, reverse sawtooth, random square wave, and square wave. And, this isn't the only curveball they threw at us.

They also threw in a Tap Tempo switch that can, with three taps, match your current song speed. This can be, and is, highly helpful in the use of this device because having synced modulation can produce some seriously cool effects, and when you count the waveforms that I mentioned above, imagine the kind of sonic mayhem you could achieve. And, did I mention that there's MIDI as well? 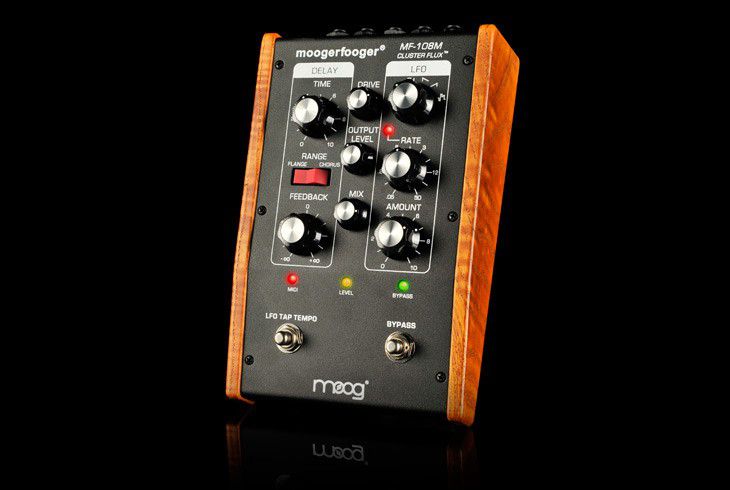 Like anything Moog, the Cluster Flux is solidly built, hand-built and beautiful in any studio you put it in. Strangely, the unit I was sent did not have one of the floor pegs screwed in all of the way, but I was easily able to mend this by screwing it in myself. Beyond that, it's built like a tank. The knobs are smooth, the LFO Tap Tempo and Bypass switches are sturdy enough so that you can use this like a pedal, or on your desktop.

The Cluster In Action

I connected the Cluster up to my handy MOTU Traveler going in to Input 3, and Output 3. I have external gear, but I wanted to try it with soft synths to see what analog brought to digital, especially Moog analog. This was a lot of fun. I tried out some drum beats first, and decided to go as crazy as I could on first pass. Tap Tempo made this especially cool, because I could have the modulation from the LFO in time with my drums. By raising the Feedback, and Amount knobs, I was able to get some serious mangling when I took the Rate in to the higher ranges. Check it out.

The pitching sound between the beats? That's the Cluster! It's also doubling the hits, etc. Making the drums a bit bigger.   But, mind you, this is just the experimental side of the Cluster. What about the more proper side, where you use it as a chorus? I have to say that it adds a warmth and presence that none of my plug-ins could come close to matching. And, with added rate and amount, pretty vocals became growling and demonic. 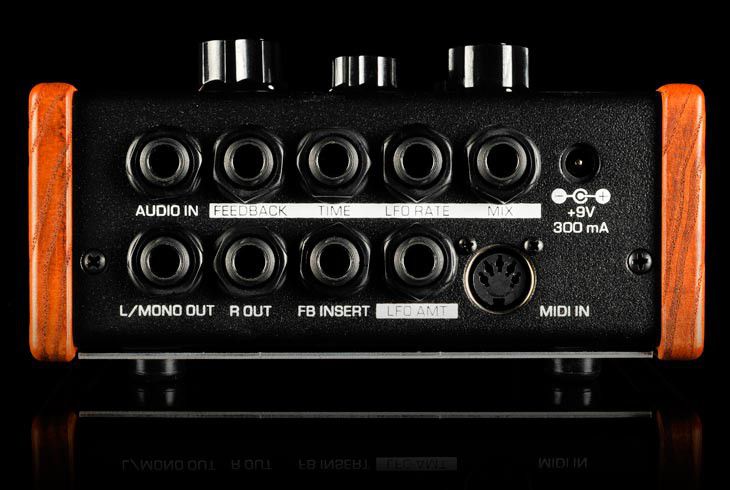 The Cluster Flux is a really wonderfully simple, yet complicated effect that can add thickness, terror, and beauty. And, despite it's simple exterior, through MIDI, random sources, and tempo capabilities, you can rest assured that you'll have hours of fun. The only thing I would caution on is thinking that it's like a regular echo/delay. It's not. You won't get any expansive echoes from it. The delay is entirely centered around making a better flange, and chorus. And, it does that very well.