Language
Mixfader is the world's first wireless crossfader. It claims to reinvent the way you mix and scratch and open new creative possibilities using the dedicated app. Hollin Jones puts it to the test.

DJing using iOS devices has come a long way in the last few years and you’re now almost as likely to see someone playing from an iPad as from a laptop. The only problem with this is that you don’t generally get the hardware controls that you could otherwise integrate by adding a control surface to a laptop. Perhaps the most sorely missed control, especially for scratch DJs, is a crossfader. DJiT is a French company that until now has made DJ apps for iOS but has come up with a clever piece of hardware called Mixfader. A small, highly portable crossfader unit, it works over Bluetooth 4 and has an internal rechargeable battery plus a USB cable for charging. 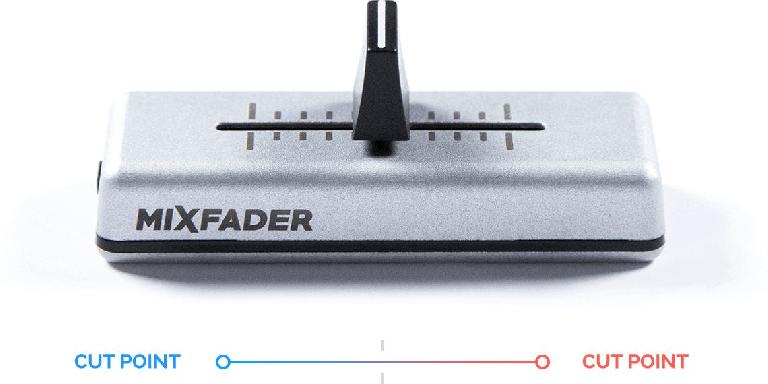 How Does it Work?

Mixfader connects over Bluetooth to your iPhone, iPad or Android device and works with a number of iOS apps (the list is here http://www.themixfader.com/apps) as well as with MIDI software. Using the companion app for iPhone or Android, you can configure the behavior of the crossfader to send a MIDI CC, meaning it can be used for changing volume, pitch or other parameters in Logic or Cubase, for example. Granted, you might not buy one just for that, but it’s a nice additional capability. 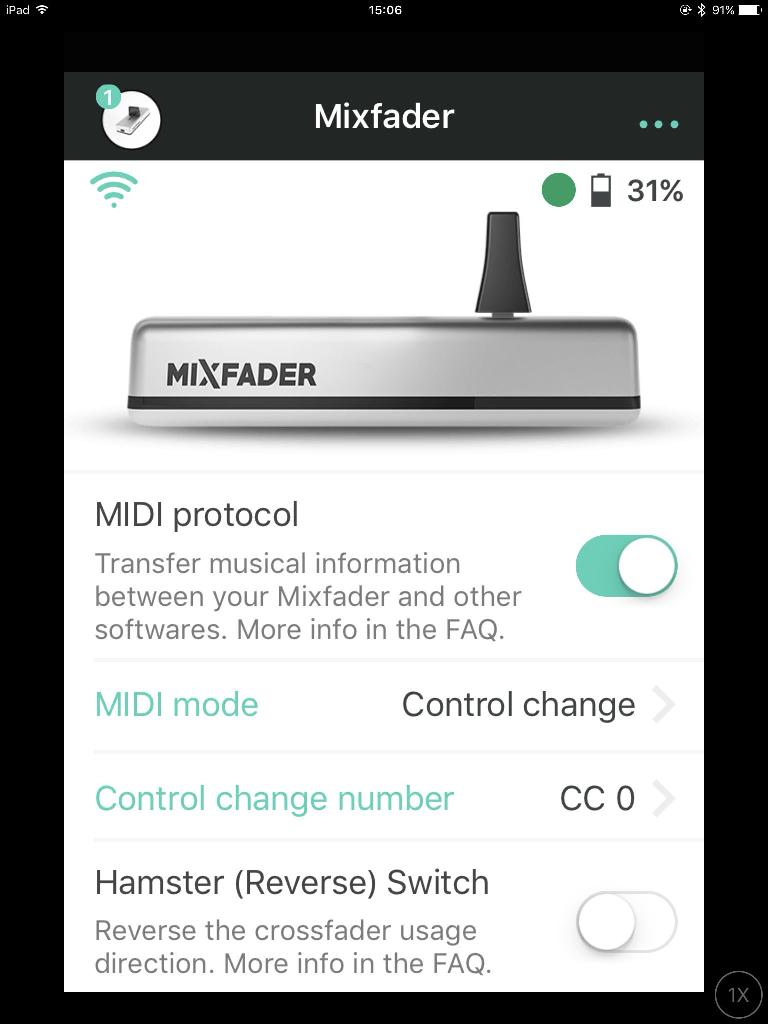 Use the companion app to set up MIDI control of other apps.

The unit itself is tiny but quite heavy for its size, and comes with rubber strips for making sure neither it nor your iPad (for example) move around while you’re performing. You can download the free edjing Scratch app or one of the more advanced apps, and with Bluetooth switched on, they will see your hardware thanks to the Mixfader SDK. You don’t have to pair the device—in fact it doesn’t appear in Bluetooth setup at all.

The Scratch app is really easy to figure out even for beginners, and the crossfader hardware works right off the bat. Crucially you can configure it in the app to suit your style. There’s cut-in point control to determine where the crossover actually happens, as well as crossfader curve adjustment to change the behavior of the fade. This is pretty important since everyone has a different style and you’ll not always be doing the same kind of performance, but it’s easy to adjust for them here. You can even reverse the read direction of the fader to suit the hand you scratch with. 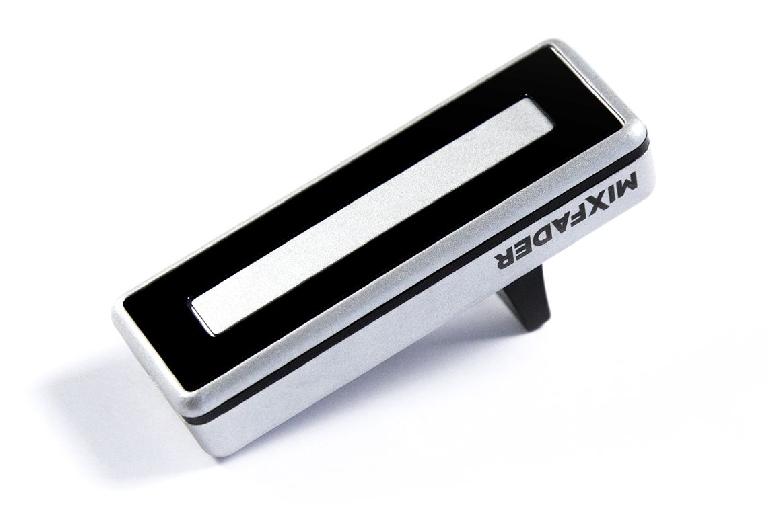 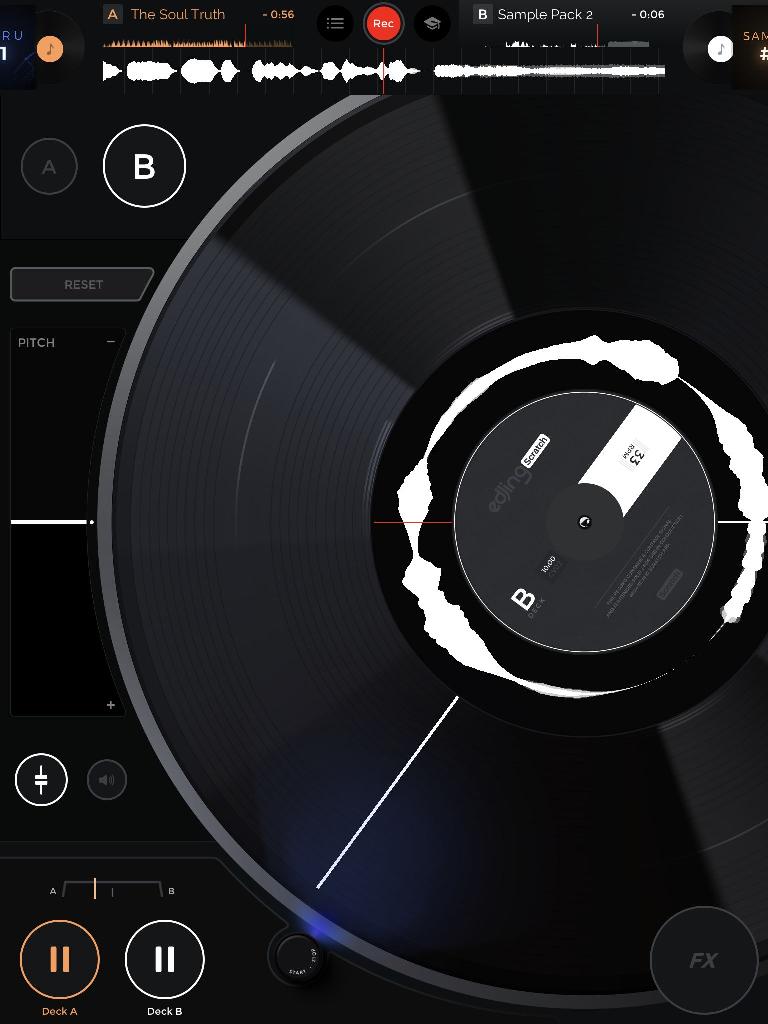 It works fantastically well, and is a really interesting way to bring more professional DJ control—at least in terms of crossfading and scratching—to mobile platforms where normally they might only be available with a larger DJ controller hardware unit. The videos on the site are well worth checking out because they really capture what you can do with just an app and a USB turntable for example. No big, complex deck setup—just some kit you may already own. Add this to your iPad or phone, perhaps add a USB turntable (though an app works just as well) and get scratching in no time. No wires, no heavy equipment. The MIDI capability is a nice bonus too.