Mixed In Key SE's super-fast analysis should help accelerate anyone's studio workflow. Noah Pred took it for a spin to find out how it works its magic.

Mixed In Key has become a powerful industry-standard tool for DJs looking to organize their digital music collections by Key, Tempo, and Scale, with the goal of harmonic mixing. It may seem obvious nobody wants to hear a dissonant mix at the club – but why would you need a key detection tool in the studio? Mixed In Key’s Studio Edition, now available as a VST or AU plug-in, provides a few helpful options that any producer might want to seriously consider adding to their toolkit. 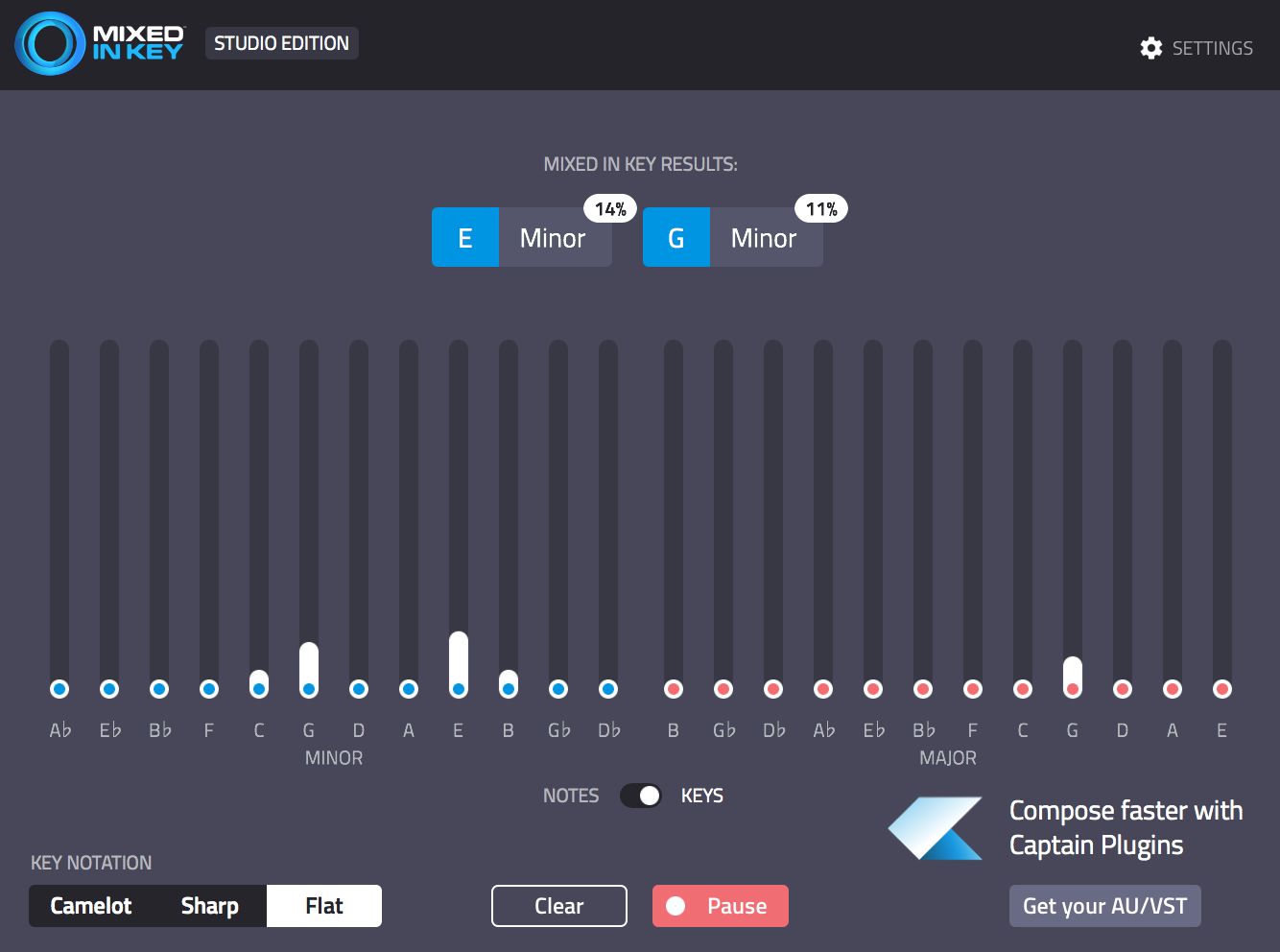 Mixed In Key SE in Keys mode with Flat notation.

On a typical studio hard drive you might encounter tens of thousands of samples – loops, one-shots, or otherwise. Even if a presumable scale is displayed in the file name, can you rely on its accuracy? Mixed In Key SE removes any doubt with rapid real-time analysis. Just drag an instance onto an audio track, and the default mode clearly displays detected compatible keys and scales, along with an accuracy estimate.

In the case of a more exotic key or scale that isn’t generating predictable results, you might want to try the Notes mode, which simply displays the actual detected notes coming through, allowing you to make your own conclusions about compatible keys – or simply use those same notes as a basis for other elements of a project. 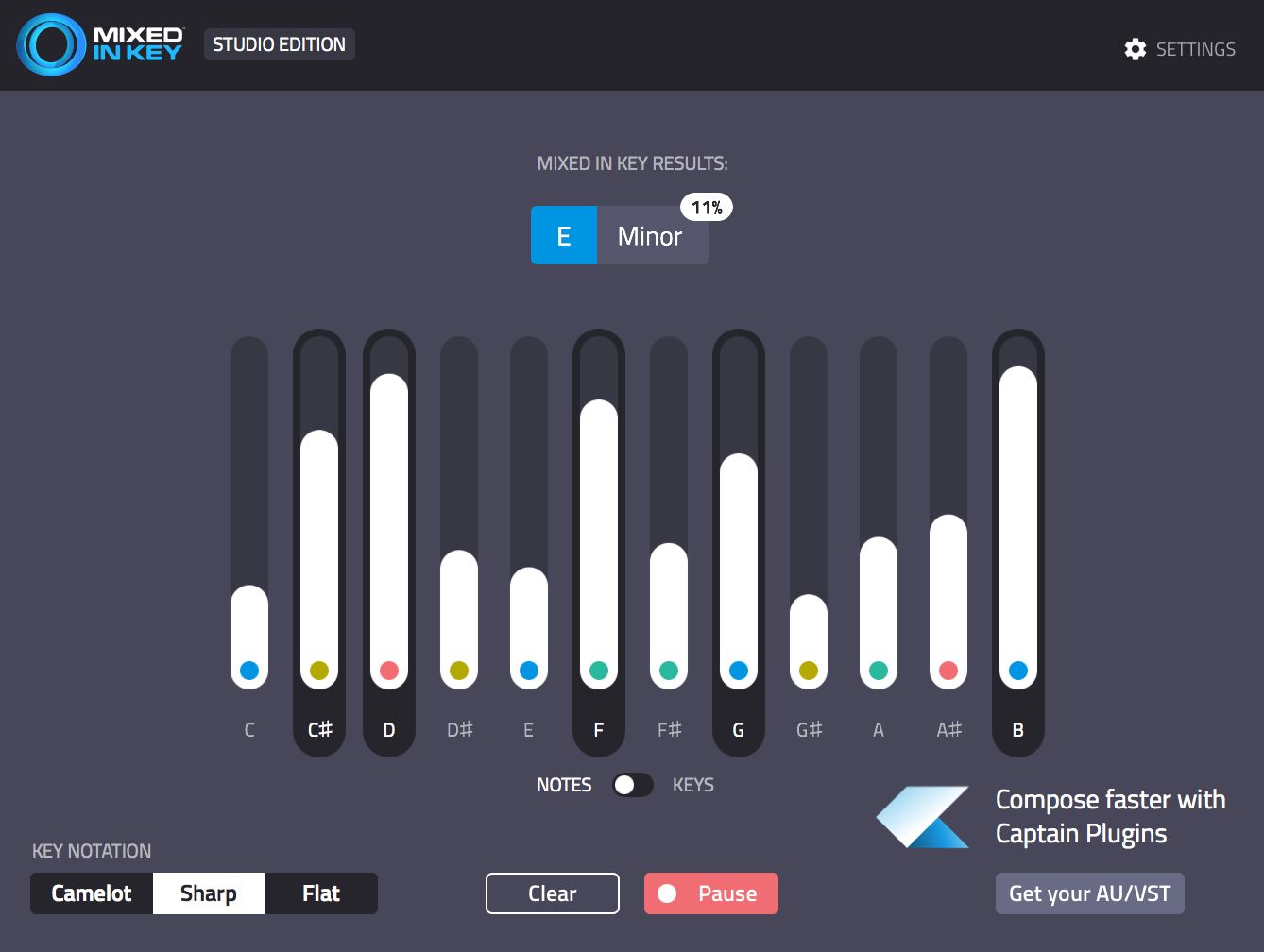 Mixed In Key SE in Notes mode with Sharp notation.

Camelot mode uses the harmonic mixing system familiar to DJs who have used other Mixed In Key software to help identify possible clashes or beneficial combinations via what’s known as the circle of fifths – but for the average producer not versed in this numeric-alphabetical wheel-based system, Keys or Notes mode may be easier to make use of.

To deploy Mixed In Key SE as a utility for quick reference, you can put it on a dedicated Return channel, and whenever you need a quick reference, Send the track in question to it. If you’re checking multiple samples, be sure to hit the Clear button so Mixed In Key SE doesn’t interpret them all as part of the same musical artefact. Then, once you know the key you’re aiming for, you can also use it to monitor the results as you re-pitch a sample until it lands in the desired key. 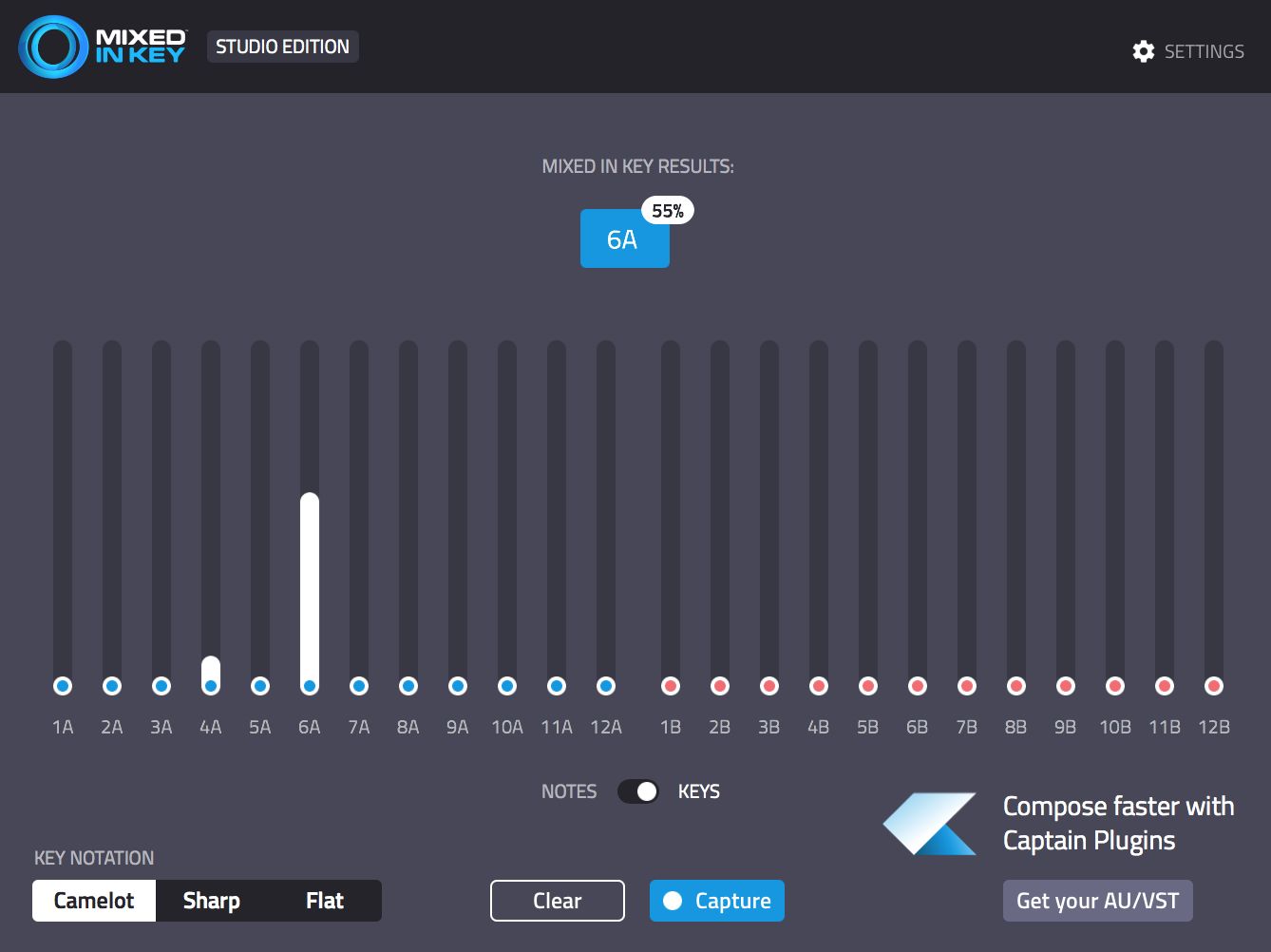 Mixed In Key SE in Keys mode with Camelot notation.

Have you ever felt part of your mix just didn’t quite sit right, but all your MIDI and harmonic elements were already in key? Tuned drums are easier than ever with Mixed In Key SE. If harmonic components of a drum track might be sharp or flat, it’s a perfect opportunity to put Mixed In Key SE to the test: just run your drums through and dial their pitch up or down to compensate for any inconsistencies.

Cons: Requires Internet to function, no support for unconventional or more exotic scales as of yet, might seem expensive to some for a mere utility.