Sound Forge Pro 3 for Mac is here, and it's aiming to cater for all your wave editing needs. So after some time away from the spotlight, what's new? We find out.

SOUND FORGE on the PC has a long history and is a mainstay of the audio editing world on that platform. When Sony released a Mac version a few years ago it was substantially different: built from the ground up rather than being ported over, it was a little more feature-light than its Windows counterpart. Then after version 2, Sony went very quiet. Now, it turns out MAGIX has taken over development of the application and released version 3, rather to everyone’s surprise. In fact, MAGIX now owns both versions of SOUND FORGE plus SpectraLayers – all previously Sony products.

So What Is It? 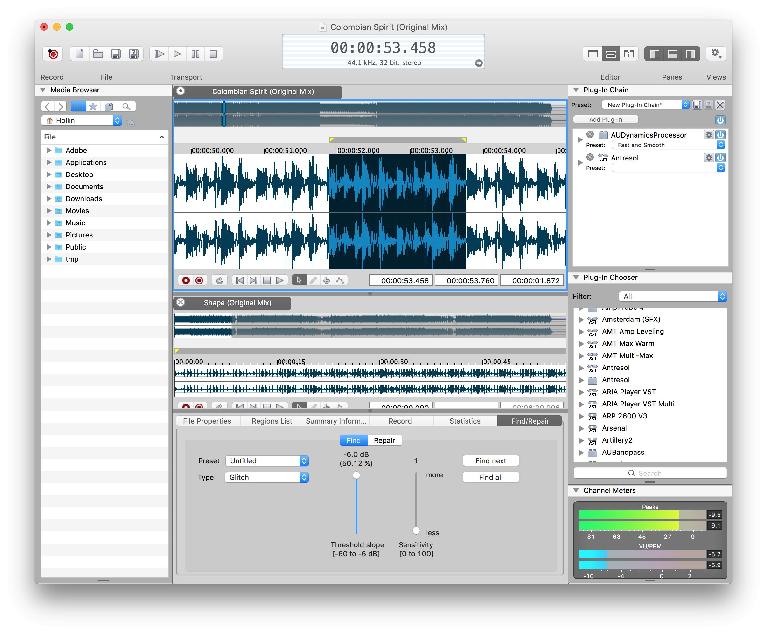 SOUND FORGE Pro Mac 3 is essentially an audio editor and processor in the vein of WaveLab – although a slimmer proposition without the decades of development behind it. In a sense a new version built from scratch is a good opportunity to make something slick and in tune with all the latest technologies. Version 3 of SOUND FORGE hasn’t started piling on hundreds of extra features for the sake of it but it does add some new stuff. First though, a quick recap of the basics. 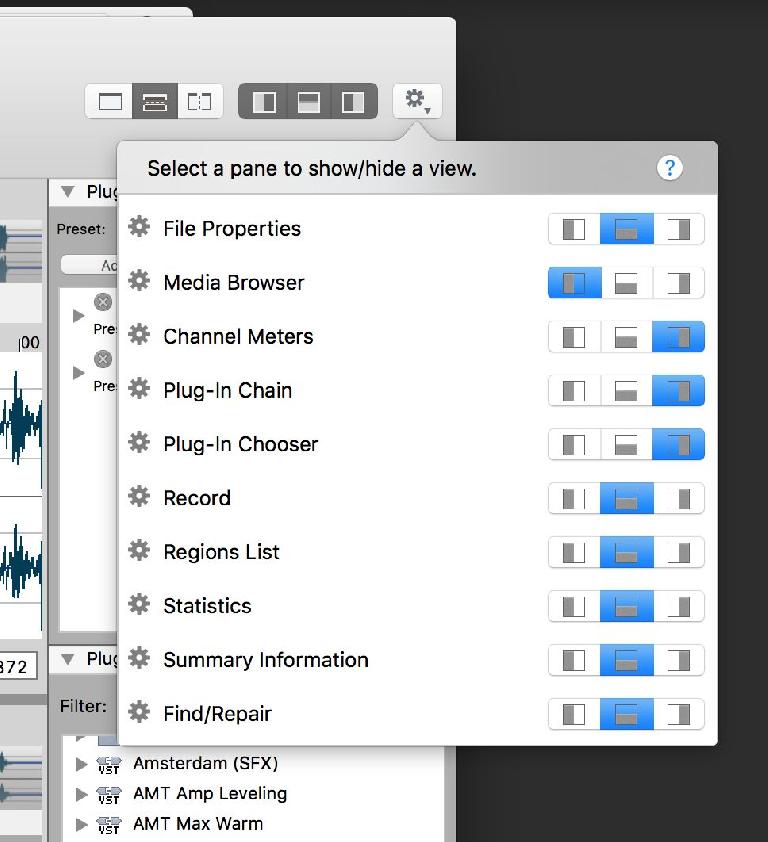 The feel of SOUND FORGE on the Mac is pretty stripped-back and surgical which is no problem at all, since such an approach tends to help with usability. Being Mac native and a relatively young app means it feels nimble, with no heavy graphics or bloated menus. It can record at up to 24-bit / 192kHz rates and of course import almost any audio file format including audio streams from a number of video file formats. It’s essentially a one-window app, with sections that can be shown and hidden using the Panes and Views options at the top right corner. You can arrange sections within panes too so it’s easy enough to set up custom views that work for your needs. The wave editor section can display two files at once either horizontally or vertically, and both sections also support tabs for managing multiple open documents. I couldn’t find any window preset system though, which would be nice for instantly flipping between layouts.

Audio editing is what SOUND FORGE is all about and you can of course get all the way down to sample level when doing this. Few of the tools seem to be available via right click when you have selected part of a clip, but they are available in the Process menu. Here you’ll find all the usual suspects as well as some more advanced stuff including élastique timestretching, iZotope 64-bit sample rate conversion and dithering, auto trim and others. Many of these pop up a new window when activated, letting you tweak, preview and then process the tool on the selected area. Dragging and dropping content within and between different clips is also easy. Incidentally, a large number of customisable key command shortcuts are available in the Preferences section.

The application comes with a bunch of its own processing plug-ins (more on this in a moment) but also supports AU and VST plug-ins from third parties, which appear in a list on the right. These can be viewed by category, vendor or type and the list is also searchable, which is a nice touch. They can be dragged from here onto an audio clip, or into the Plug-In Chain area on the right. Every plug-in that’s part of a chain can be edited using either its own GUI or a list of its available parameters. Chains can be saved and loaded, so it’s easy to build and recall setups for specific tasks. 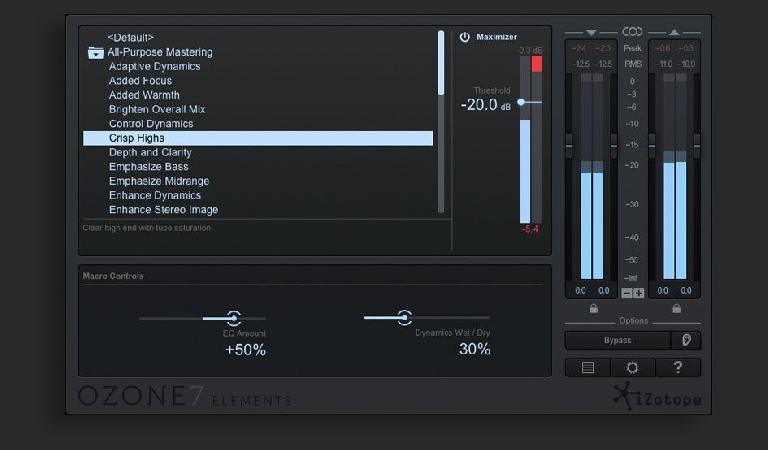 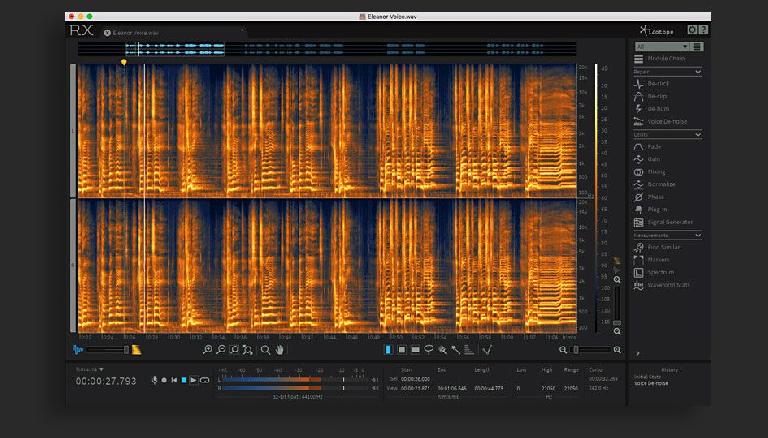 A section at the base of the window can be shown and contains multiple tabs for managing properties, regions, recording and a clever find and repair tool that can analyse clips and batch remove glitches and other annoyances based on settings that you make. In a similar vein, the app is bundled with two of iZotope’s suites: RX Elements and Ozone Elements. RX is a spectral repair and restoration tool with de-click, noise and hum capabilities. Ozone is a mastering suite with a cut-down feature set based on the full version.

Both are $129 when bought separately so you’re adding considerably to your audio processing toolbox. There doesn’t appear to be an option to omit these two suites from your purchase to save a bit on the cost. Also new in version 3 are a few other goodies. There’s automatic loudness leveling, dynamic rendering of project files, mastered for iTunes auditioning, improved loudness metering and more. It also comes with a separate batch conversion app called Convrt, which is handy for processing large numbers of files in one go.

The core feature set of SOUND FORGE Pro Mac 3 isn’t radically different to version 2, although there are some important new tools and tweaks. The major addition is the bundling of iZotope’s RX Elements and Ozone Elements processors and these do indeed add a great deal in terms of your ability to repair and master music respectively. Going out on a bit of a limb, I’d suggest it’s possible that MAGIX, having only recently taken over ownership of the application, is likely to make bigger changes and additions with future versions, given time to properly realise their plans. 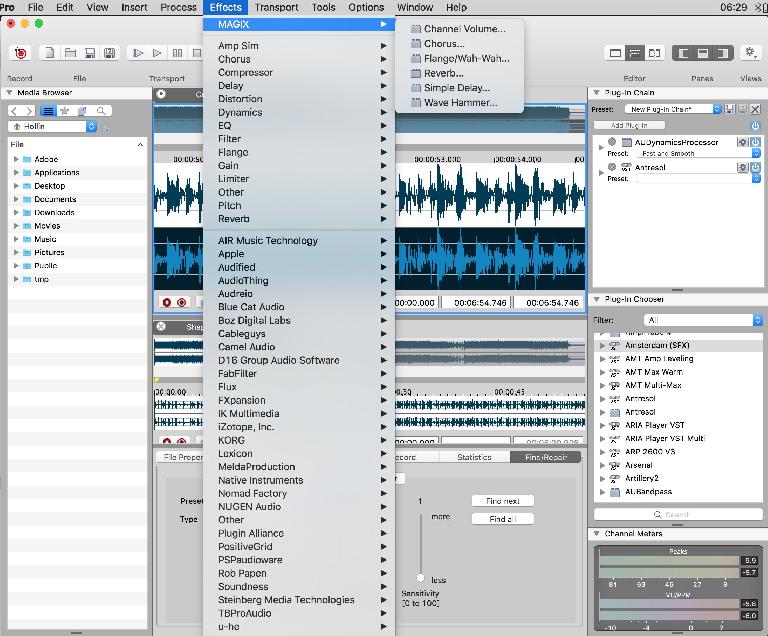 That’s not to take anything away from SOUND FORGE Pro Mac however: it’s a great audio editor with a good core set of tools, interoperability with SpectraLayers and some video sound features that it had lacked. It doesn’t have the depth of features of a flagship like Wavelab – at least not for now. And Wavelab Elements costs rather less. But the bundling of some iZotope products helps even things out somewhat and I’d say SOUND FORGE is more nimble to use, feeling quick and responsive on the Mac. I’d expect to see bigger changes down the road, but version 3 is certainly a solid and powerful audio editor for the Mac platform.

Cons: Still relatively feature light for the price. No window presets. Not radically different from V2.