Sound Forge receives its most significant update in years with a host of new features under the hood as well as new plug-ins and editing tools. Hollin Jones put it to the test.

Sound Forge is a Windows-only wave editor that’s had a somewhat varied history. For many years developed by Sonic Foundry, it was later sold to Sony and then some years after that, ownership passed on again this time to Magix Software. The application itself hasn’t changed radically in its design over recent years and though of course it has had many tweaks and upgrades, users of early versions would still recognise this latest iteration, version 12. 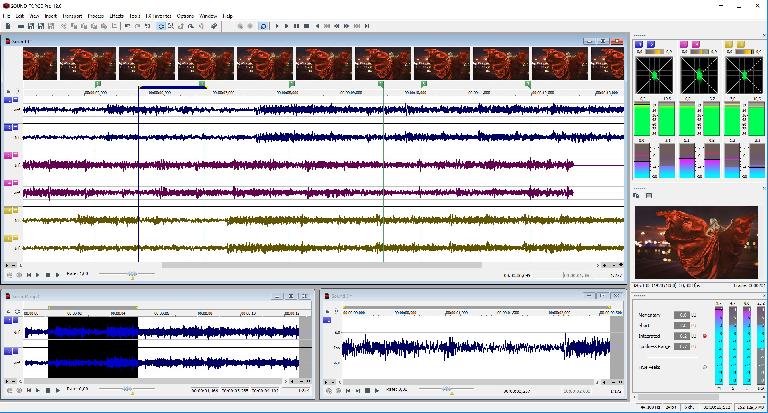 It’s a multitrack recording and editing environment, though more similar to something like Wavelab than a conventional DAW. Under the hood a lot of work has been done to bring a new 64-bit architecture to fruition, and of course there’s 32-channel audio recording, editing and processing plus a bunch of effects - now with VST3 support so you can take advantage of the latest plugin features. In addition you get three POW-r dithering algorithms, support for more file formats including Direct Stream Digital (DSD) for extremely high sample rates and support for recording and playback at up to 384kHz where your hardware supports this. 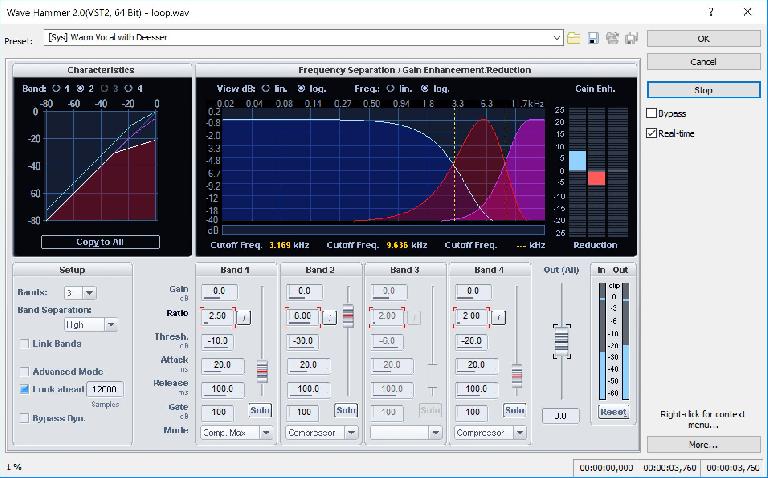 What Else Is New?

Version 12 also comes with some new goodies in addition to its existing complement of audio processing tools. Wave Hammer 2.0 is a dedicated mastering processor with compressor and maximizer, and there are three new tools for audio restoration. DeClipper, DeHisser and DeClicker are all great for solving problems in audio files, particularly voice over, one of the things for which Sound Forge is particularly popular. 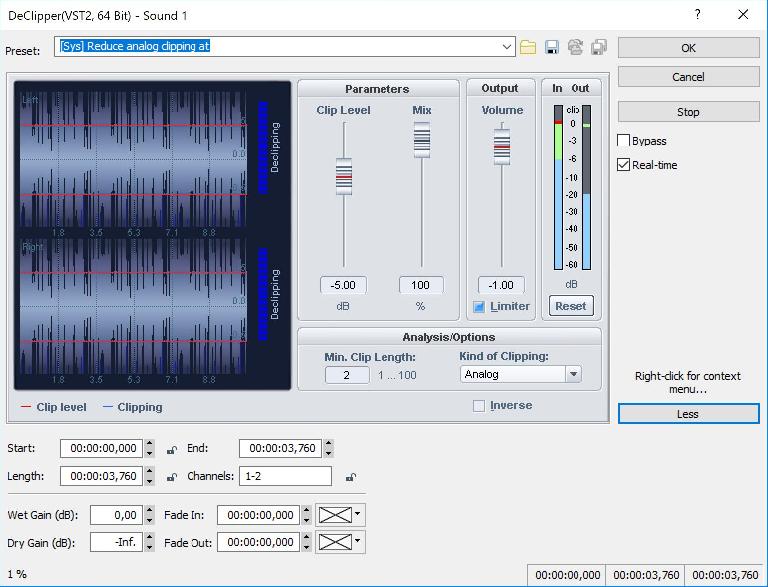 The built-in processors are great (if slightly clinical in their appearance, something which is common to Windows-only audio apps) but you also get two better-known plug-ins thrown in as well. iZotope’s RX Elements is a well-respected suite of tools for cleaning up and repairing audio, and Ozone Elements is the company’s suite for mastering. Both are technically the entry level versions (the full versions cost far more) but they are a nice addition and will certainly be welcome when it comes to editing and mastering audio. Version 12 also integrates with Spectralayers Pro, another Magix product for advanced audio analysis and repair. This isn’t included here, though it, along with a bunch of add-on FX packs, is included in the Sound Forge Suite version.

Sound Forge Pro 12 is a highly competent audio editor and multitracker, though it stops short of qualifying as a “DAW” in the way we’d usually think of one since it lacks MIDI capability for instruments - MIDI is only available for triggering recording and a few other transport / sync purposes. So comparisons with Cubase and Logic are a little wide of the mark - it’s much more akin to something like Steinberg’s WaveLab (which is Mac and PC compatible).

It has comprehensive and advanced editing and analysis tools, a great suite of plug-ins, and supports pretty much any audio format you could name. For voiceover, podcasting, audio repair, mastering, CD creation and more it’s an excellent solution for Windows-based musicians. It’s priced somewhere between WaveLab Elements and WaveLab Pro, which pretty accurately reflects its feature set relative to those two packages. If you work with audio post production in any kind of regular capacity, it’s well worth a look. A free trial is available for your to check it out for yourself.

Cons: No MIDI for instruments if that’s something you need. A little clinical to look at, though that doesn’t bother everyone.