I’ve got a few friends in the classical music recording world, so Sequoia has been on my radar as it’s a ‘fan favorite’ in that world. When I heard that someone here at Ask.Audio HQ would have a chance to test drive a DAW that retails for just under $3,000 I jumped at the chance. I was quite interested to see what my classical and mastering colleagues were so keen for and to find out for myself if a DAW could really be worth that much more than its competitors.

Many DAWs need to scale to a larger user base in order to grasp a large section of the market. From the very second you open up Sequoia, you realize this is not one of those DAWs. This is a high-end program that makes no apologies for its avant-garde nature. Every menu, option, and control in Sequoia makes you feel like you’re driving a Ferrari. Even the packaging of Sequoia is breathtaking (and at its price point, you’d think it would be!). This is a professional tool for professional engineers and music makers. 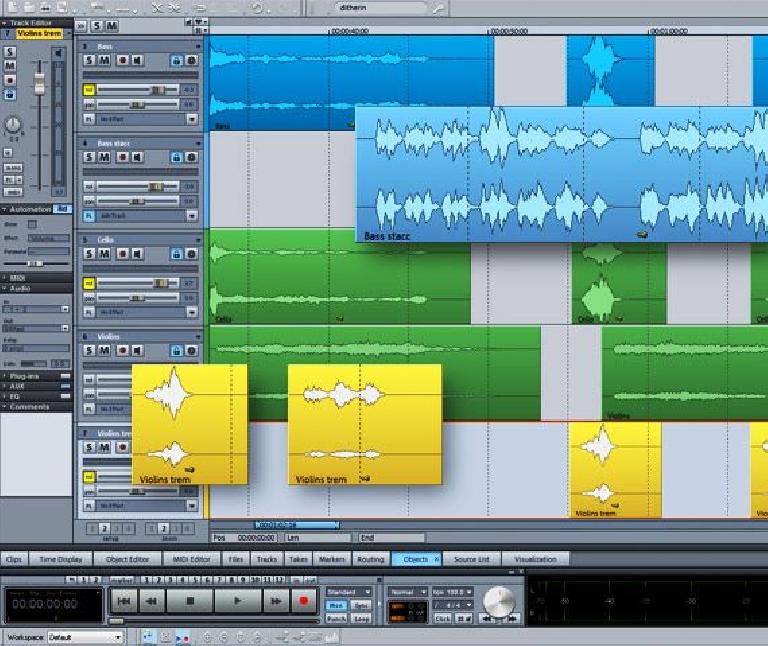 One of the first landmark features my classical compadres told me to check out was the ‘source/destination’ paradigm for editing. Also referred to as ‘4 point editing’, this editing technique is at the very heart of Sequoia’s DNA and for many professional mastering engineers, it’s why they choose Sequoia.

Essentially, you can build a final product in a lightning-fast manner by choosing material from your source track that is automatically assembled into your chosen destination track. It’s exponentially faster than using a copy and paste method and you just have to see it in action to get a complete grip on it. Tim from Magix does a great demo of it here:

I have to admit, after a month of working in this fashion, I’m having a hard time going back. Working with any other piece of software on a live recording (where Sequoia really, really shines) just feels like working in a pit of molasses. Once you get into a groove with Sequoia, it’s hard to slow down.

With such a large feature set geared towards mastering, it’s no surprise that loudness metering and processing would be such an important part of Sequoia. Version 13 boasts normalization with numerous standards, loudness calculation in the audio file manager, Loudness Range Normalization, and just about every type of broadcast/loudness calculation you would ever need to do.

AAC/MP3 and ‘Mastered for iTunes’ preview is included which is really cool. You can actually engage this plugin and hear what MP3 conversion will do to your mix before you ever compress it! Sequoia boasts 100% sound neutrality and fidelity with their processing engine, and I’d believe it. There’s an excellent restoration feature set available as well, complete with ‘Spectral Cleaning’ and ‘Denoiser’. 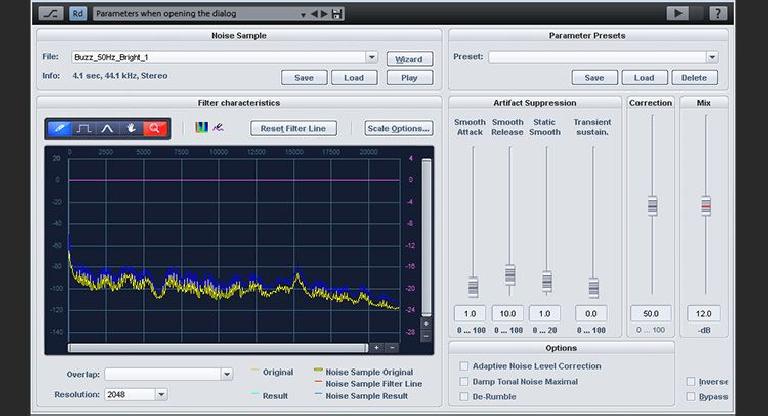 After my time with Sequoia 13, there was no question this tool was worth every penny it costs. If you’re running a PC-based studio, you owe it to yourself to give Sequoia a look. It will, indeed, cost as much as a really great preamp, microphone, or recording interface, but if you’re sending your material out for broadcast in any way, shape, or form, you’ll save on quite a lot of tools and staff normally necessary to prepare your audio for such things.

Pros: Source/Destination editing paradigm is incredible, endless loudness tools, phenomenal mastering options, uncompromisingly professional, just about all the plugins you’d ever need are included, rock-solid performance, complete and total reliability—didn’t crash or even slow down once in a month of work!

Cons: I’m aware the price will be a tough sell for some when compared with other DAWs… but you have to see this to believe it.