Language
A high-quality matched-pair of stereo microphones for just $199 US? Really? What's the catch? How do the M-Audio Pulsar IIs perform against mics four times their price? Joe Albano finds out.

M-Audio has always been known as a company that provides musicians and engineers with quality recording tools at prices anyone can afford, and their latest offering, the Pulsar II matched-pair stereo microphone set, continues this tradition nicely. At $199 for the pair (street), including some welcome accessories, you certainly can't beat them on price! So what do you get for your modest investment? 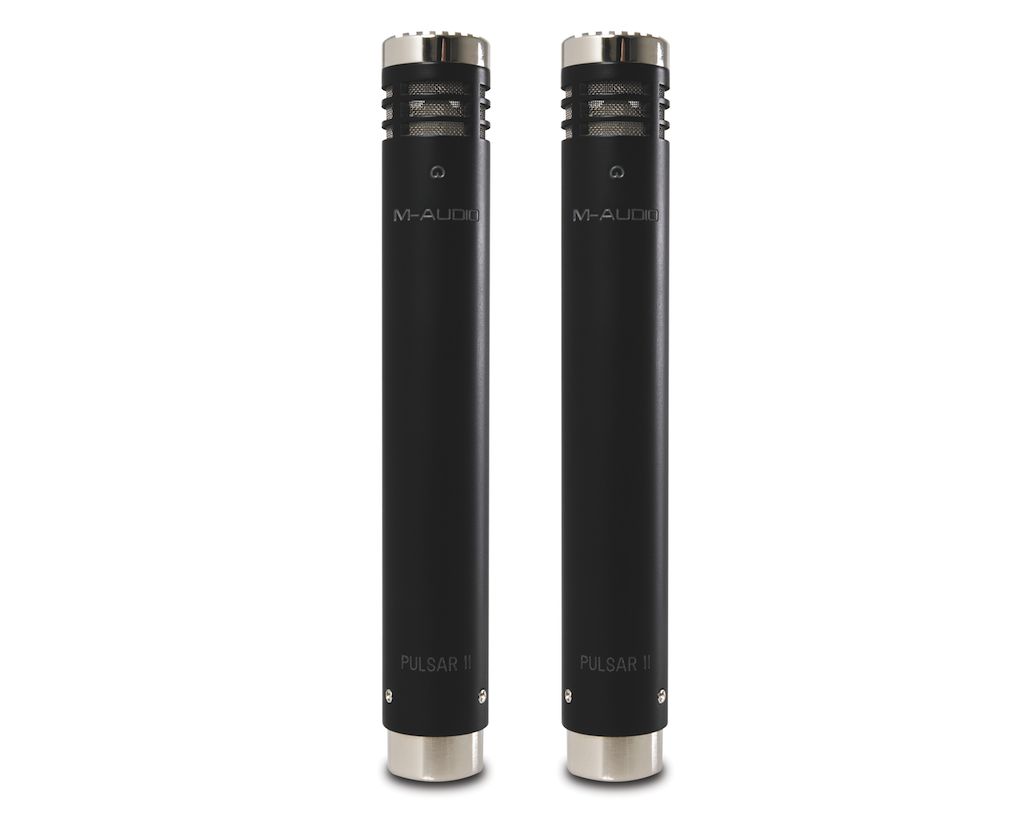 The Pulsar IIs are small-diaphragm cardioid condenser mics, with Class A FET circuitry, and are supplied as a frequency-response-matched pair, making them ideal for stereo recording tasks like drum overheads, string ensembles, or stereo room mics. However, there's no reason not to use them individually as well, on acoustic guitar, percussion, or other mono applications. Small, thin “pencil” mics like these are generally best as instrumental mics, and though the Pulsars do come with foam windscreens, making them potentially usable for vocals in a pinch, I'm sure instrument recording is their forte, and that's how I tested them.

The Pulsar IIs come packaged in a nice wooden case, along with mic clips, dust covers, and the foam windscreens. There's also a stereo mic bar, which allows both mics to be mounted on a single stand, for stereo miking applications that keep the mics close together. The bar allows for mic techniques like X-Y, a coincident positioning where the mics' diaphragms are adjacent, one on top of the other, at a 90º angle—M-Audio even thoughtfully provides a spacer for one of the mics, to simplify this arrangement. 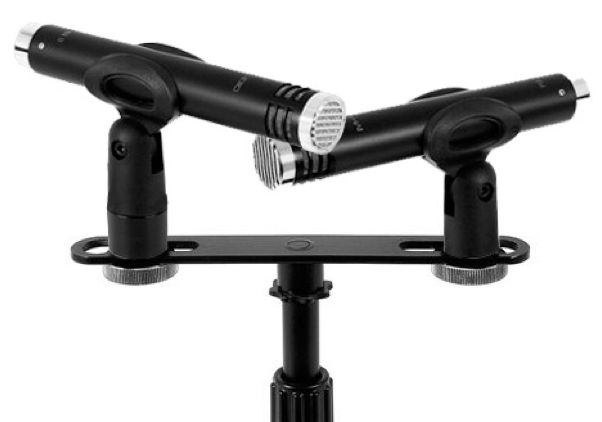 The bar is also suitable for ORTF stereo miking, where the mics' diaphragms are positioned where a listener's ears would be, at a 110º angle.

The Pulsar IIs accept standard 48-volt Phantom Power, and should interface properly with any mic preamp. On the mics themselves, you'll find a 10 dB pad, and a hi-pass filter with a low-end cutoff of 80 Hz. As you can see from the graphs below, the Pulsar IIs have a mostly flat response, with a gentle rise between around 5 kHz and 12 kHz, and a fairly uniform cardioid response. But, as we all know, specs rarely tell the whole story, especially when it comes to microphones! So I set out to put them through their paces, both singly and as a stereo pair. I even did a comparison test (more of a torture test, really) with some studio mics well above the Pulsars' modest price point. So how did they fare? 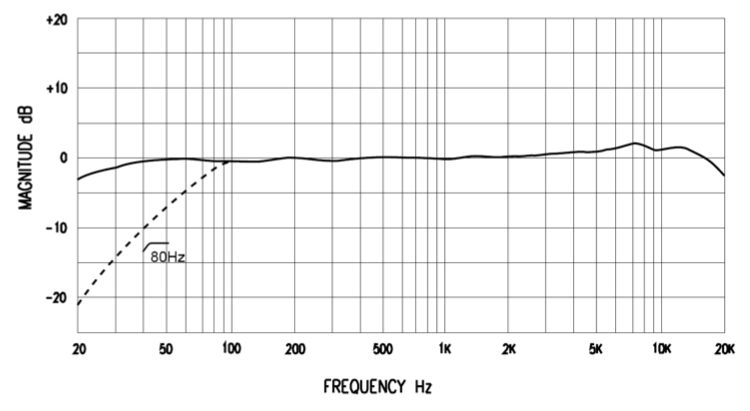 (...) the Pulsars served up nice smooth highs, and a fairly neutral overall balance.

I first used a single Pulsar II to record acoustic guitar and some jangly percussion. Usually, the weak spot for condenser mics in this price range is the high end, which can sometimes be a little harsh. However, the Pulsars served up nice smooth highs, and a fairly neutral overall balance. The only weak spot was a tendency towards thinness—a lack of heft in the lows—and a slight midrange emphasis, though this could easily be compensated for with EQ, if desired. To put them in some context, I compared the Pulsar with an AKG 535 (which is similar in sound to AKG's classic 451), and an Audio-Technica 4041, both also small-diaphragm mics, suitable for the same recording applications. This reinforced my initial impressions—the Pulsar II held its own in the high end, with an overall balance that leaned more towards the mids, along with somewhat thinner lows.

In my tests, I didn't perceive any undue budget-mic harshness, even with the percussion. On the dreaded key test (shaking keys in front of a mic can reveal poor transient response) the AKG maintained a bit more detail, but the Pulsar II did very well indeed, with only a very slight edge to attest to its budget status. All in all, the differences were not great, especially considering that both comparison mics are at least three times the price of the Pulsar IIs!

I recorded the same instruments in stereo, utilizing the supplied stereo bar and spacer, with excellent results. Both XY and ORTF positionings provided a nice sense of openness, with good imaging of the individual percussion instruments, no doubt thanks to the frequency-matching of the stereo pair. The stereo bar and spacer made it a cinch to get the mics lined up and angled just right for stereo, and is a very welcome inclusion, especially at this price point!

In both the stereo and mono recordings, the Pulsar II's cardioid pattern was effective at rejecting unwanted sound to the rear. At one point, I noticed a passing siren that I was sure would invade the recording, but in playback the track was clean enough to use, even with the mic about a foot away from the instrument.

So, overall, the Pulsar II mics, despite their ultra-low price point, deliver a level of performance that belies their budget status. I wouldn't hesitate to use them, even in combination with more pricey mics (and I'm a bit of a mic snob). Whether you're a home recordist on a tight budget, or an engineer who always seems to be a mic or two short for the session, especially for stereo applications, the Pulsar IIs are definitely worth a look.