Language
The M-Audio M-Track Hub is a 3-port USB monitoring interface designed to make 24-bit audio quality accessible to every bedroom or home music studio worldwide. But just how well does it perform?

As one of the many laptop music enthusiasts within this world in which we call home, I sometimes run out of USB ports. And, when I’m employing all of my gear, I’m definitely running out of USB ports. Of course, a hub is always a great answer. But, it still takes up a port, it’s just more crap to lug around. And it’s more junk! M-Audio has come up with a great solution that puts together a very basic, big knob-type, audio interface, together with three, powered USB ports. How is it? Let’s find out!

These Days, Tiny is Okay

I’ll admit it, going from a desktop, years ago, to a laptop, has made me a little lazy. I used to be all about having all of my stuff plugged in, so I could use it, and have access to all of my tools. But, with a laptop, especially a MacBook Pro, you only get a couple of ports, and that’s the end of it. So, I was a little excited when I got the chance to review the M-Track Hub, as I could really use those extra ports. 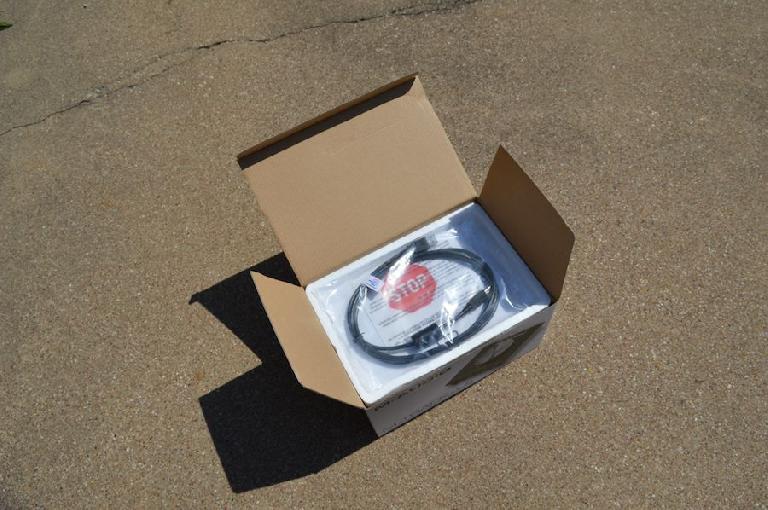 After opening the box, and seeing, first, the thick USB cable, I clapped for a moment, thinking that the USB bus itself would power everything. It wasn’t till I opened past that layer, that I noticed the wall wart. Oh well, it’s still forgivable. So far, so good. It works amazingly, despite having to have some secondary power. As soon as I plugged my MIDI Controller in, everything powered up, just as if I was plugging direct into my laptop. 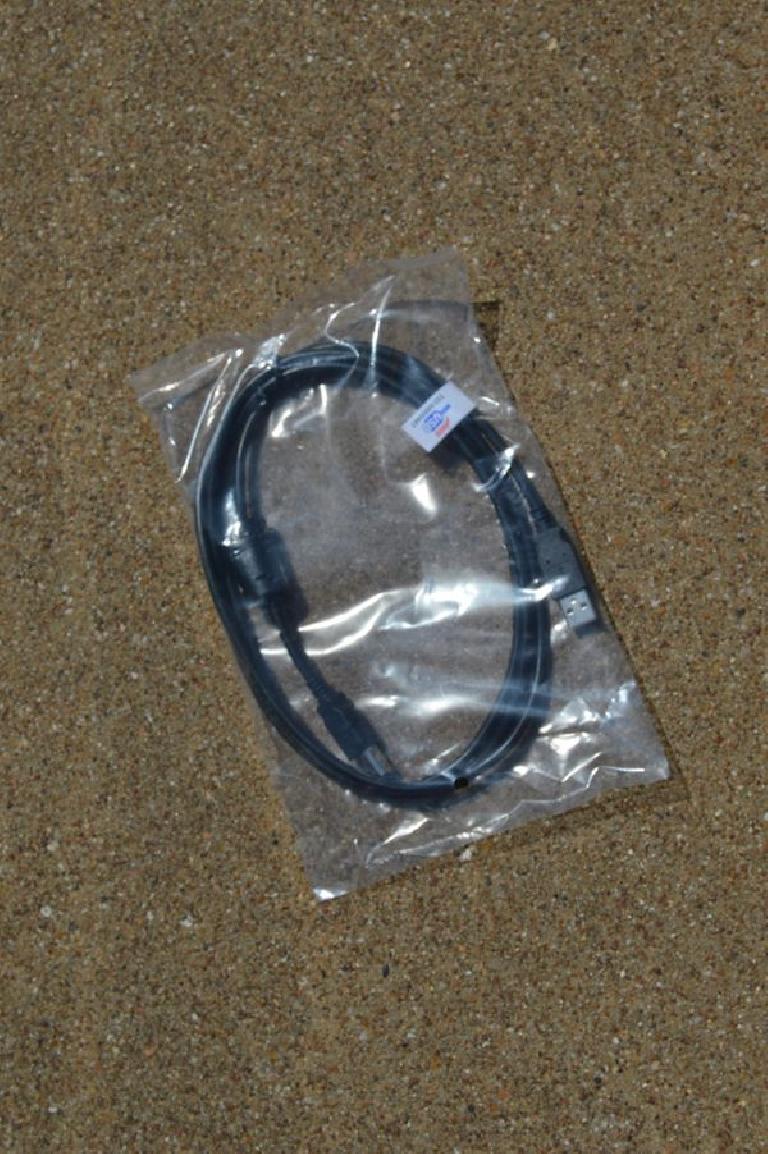 After connecting the power cable, I quickly hooked my headphones up to the dedicated headphone out, right on the front of the unit. Thankfully, there’s an independent volume control for headphones, with a knob that feels very, very attached and comfortable to access. 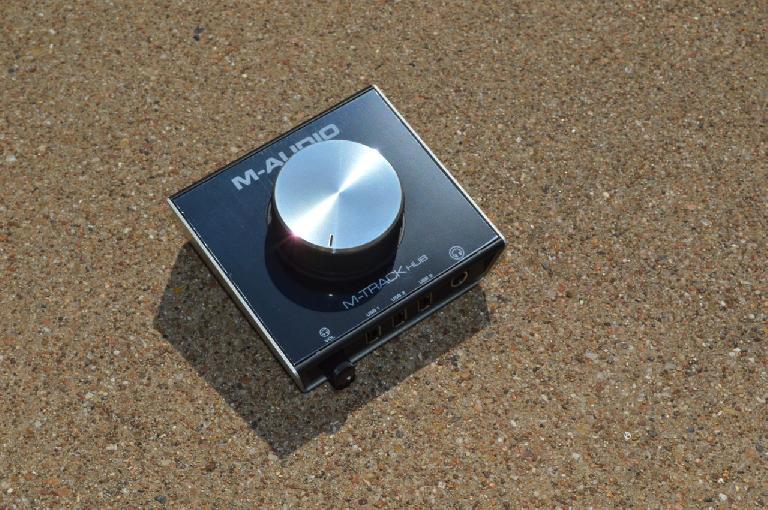 Two 1/4” audio outputs are on the back that provide the remainder of the output, and have their volumes controlled by the massive knob, at the top. Just in case you are wondering, the big knob is dedicated to volume control. There’s no using it for as an assignable MIDI encoder, or something along those lines. But I’ll admit it does feel good to have a big knob to turn everything down in a pinch. Though, one minor thing: I had hoped that the big knob might have an LED encased in the knob, so I could see from a distance, the level I’m currently playing out at. Sadly, there’s no LED! 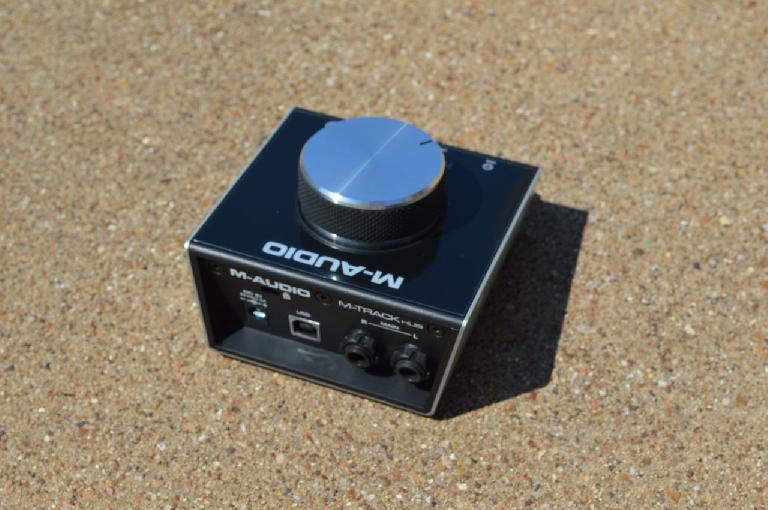 One thing to note: There is no audio input! You cannot record with the M-Track Hub. Or, at least, not through the M-Track HUB. So, if you’re only electronic music, and no vocals, you may not particularly care. But, if you’re planning on doing a new a-cappella  album, at home. Well, this may not be the one for you.

The M-Track HUB, in my opinion, is a really thoughtful attempt to make computer music a much easier endeavor. And, in my opinion, it really does that. It’s also at a street price that makes it easy for pretty much anyone to afford. It’s also tiny, and will fit into even a fanny pack, if you are really on the go.

Cons: Requires wall wart for power, in addition to USB. No LEDs.