Language
If you're looking for a solid MIDI controller with lots of lights and great keys and pads, then M-Audio have a treat for you in the shape of their new Code 49. G.W. Childs deciphers the code.

After the release of the Axiom line, I have tended to keep an eye on the announcements of new keyboard controllers from M-Audio. I was a fan of the semi-weighted keys, the deep, sturdy knobs. And, while the pads weren’t the most responsive in the world, they did do their job quite well. Recently, M-Audio has added a new set of controllers to their line of products. I got a chance to spend some time with the Code 49 controller, specifically, and I would love to share my notes with you! 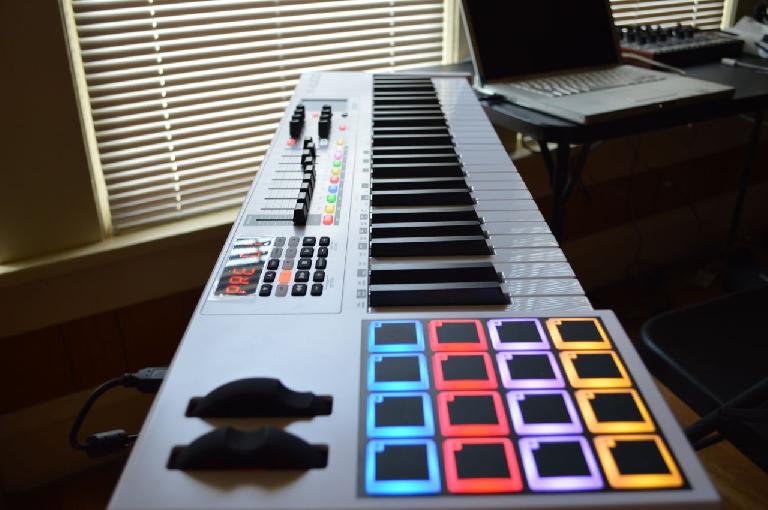 I have to say that I really do like the stormtrooper white and black starkness going on. The look is sharp in a studio, until the LEDs go on. Normally, I’m a huge fan of a lot of LEDS, but the rainbow look that goes on by default almost cheapens what would be a really cool looking controller. Granted, you can, of course, edit some of the LED colors. But, we all know how much fun that can be!

If you’re a pianist, or organist who wants a more traditional feeling keyboard for live performance, this would be a nice bet.

The keys, like the Axiom line I mentioned above, feel really, really good. They are actually a little less muddy than I remember the Axiom keys being, which is a good thing. Instead, the Code 49 keys feel extremely responsive, while feeling sturdy and secure as well. In fact, the keys feel nice enough to make me want to play some piano pieces on it. So, if you’re a pianist or organist who wants a more traditional feeling keyboard for live performance, this would be a nice bet. 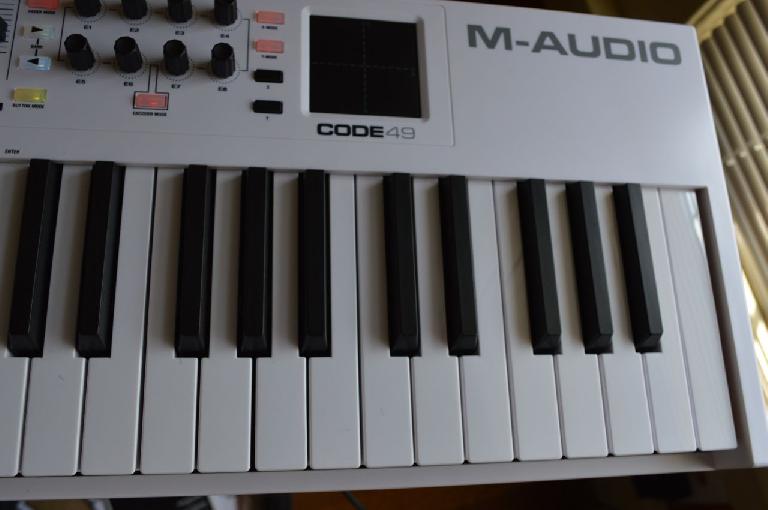 In addition to the great feel of the keys, I was also happy to see that M-Audio is still keeping the keys on the end nice and protected. Plastic corners are up, around the sides, that will greatly assist in avoiding a side bash, and popping a key off.

Also, the drum pads are also extremely expressive and remain fully backlit, with color responses to presses. And, pressure sensitivity feels wonderful. However, again, the pads, like many of the LED, back-lit buttons are a little too rainbow for me. But, if you like a lot of rainbows in your gear, well you’re really going to love the Code 49!

If you like a lot of rainbows in your gear, well you’re really going to love the Code 49.

The only thing I didn’t care for in hardware were the faders. They are a little on the wobbly side, and feel like they could get knocked off pretty easily if you’re not careful. Initially, I was a little torn with the knobs. They are so smooth that they give the illusion of being easily removed. After a few days of using them, though, I have to say that I kind of like them. They aren’t nearly as gravely as the old Axiom knobs and have no jiggle, at all. 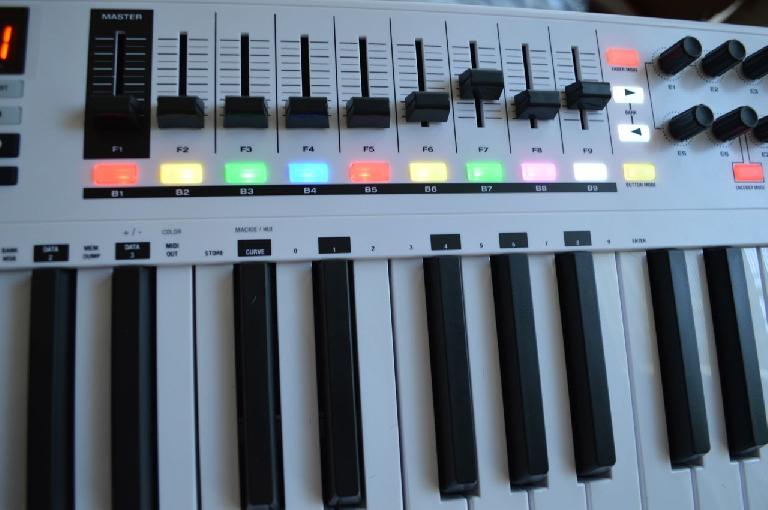 Sadly, no Ableton Remote Script was available at the time of this review (or a Reason Remote script), which honestly (and, this is a note to all companies), would really help the review. It’s confusing when companies ship controllers with Ableton Live Lite, but avoid actually including a remote script that really shows off the abilities of the controllers, while helping the customer along with an already established workflow. However, through Ableton’s own MIDI mapping, I did find myself having some good fun with the Code 49. The X/Y pad destinations can be individually switched out to control other mappings, as well as your mouse cursor (if you think you might need that).

Code 49 is a robust and sturdy controller that acts and feels like it can take some real abuse.

The ability to map to multiple destinations actually descends over the encoders, knobs and faders. So, you’ll find it difficult, if you’re truly using all of the mapping available on the Code 49, to run out of open assignments.

And, if you don’t care about a billion different mappings, or Ableton. You’ll also be happy to know that there is a Mackie/HUI transport control option. So, you can use the Code 49 to control the transport of your DAW, be it Ableton, Logic Pro X, Cubase, Pro Tools, and more. 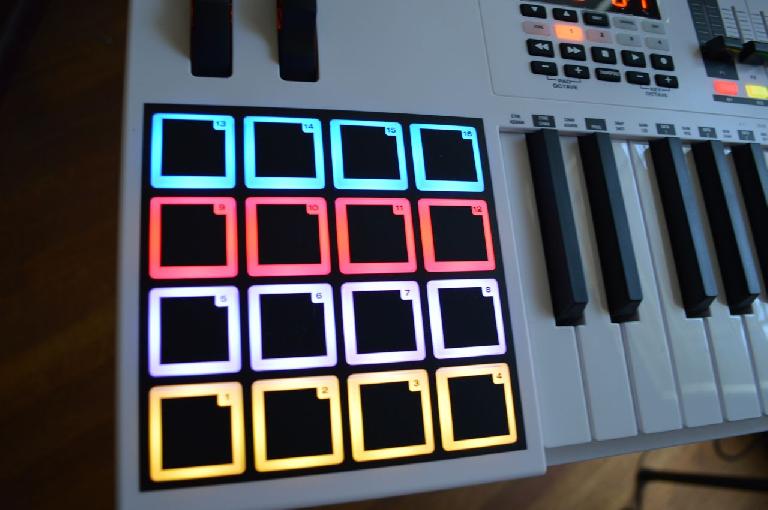 Aside from some love missing in the software department, the Code 49 from M-Audio is a robust and sturdy controller that acts and feels like it can take some real abuse. And, one thing I should mention, it’s lighter than the older M-Audio controllers. So, sturdy, but lighter. A very tough combination to pull off, and M-Audio seems to have done it. I really do hope they support this line and get some actual remote scripts for platforms like Ableton and Reason, and not just include basic templates, pre-programmed into the controller. But, aside from what’s missing, it still feels nice. And, if you’re a keyboardist, you’re really going to love the ivories.

Pros: Solid controller with a sturdy build, lots of lights and great keys and pads.

Cons: No remote scripts for Ableton Live, even though it ships with Live Lite.Has a rainbow LED arrangement that might be irritating to some.