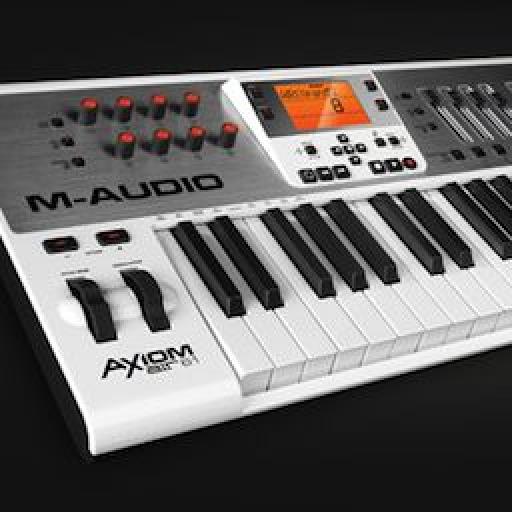 Language
M-Audio's popular Axiom series of keyboard controllers comes in different sizes and with some nifty included software, too! G. W. Childs gives the 61-key version a thorough work-out in this review.

Do you ever have those moments in life where you're given a choice between the big, or small version of a product? Your mind generally opts towards the bigger product, in my experience. And, this isn't a bad thing. Bigger appears to be better, and that's that.

The Axiom Air 61 in all its glory.

Recently, I was given the opportunity to review one of the new Axiom MIDI controllers from M-Audio. The current incarnation known as Axiom AIR. The Air label has been added due to M-Audio's collaboration with AIR Music Technology, formerly known as Wizoo. In fact, the Axiom AIR 61, which I'm reviewing here, today, ships with the AIR's Ignite software. This is a wonderful thing, because if you're new to music, you can start making music right out of the box with Ignite... Or, you can use another application you may have heard of known as Pro Tools Express. Yep, the Axiom AIR 61 comes with a dongle that gives you access to Pro Tools Express.

But, how's the hardware? 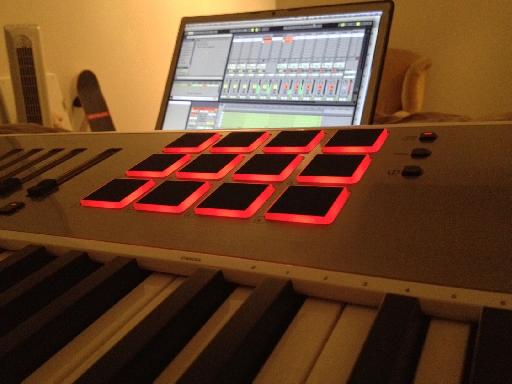 M-Audio has come a long way from the flimsy keyboards we used to associate them with. I've used the Axiom series off and on since the line began and I've been more than impressed with their durability. The knobs and faders are fixed firmly, but have excellent maneuverability. I actually like the knobs on the AIR way more than the original Axiom keyboards. The movement on these knobs are much more silky, while still feeling very attached.

The keys feel great. They are the same semi-weighted keys with aftertouch that the Axiom line was already known for. So, if you're a pianist getting into electronic music, you'll feel slightly more at home than you would with the springier keys offered by M-Audio's competitors. Another thing I like is that the keys are well surrounded by the chassis of the controller. There's no chance of the keys getting snagged on something and popping off. Seriously, you're going to have to work a little to mess this thing up.

I also have to give M-Audio kudos on the drum pads. They feel great, are nicely responsive, and look great... They have lights! 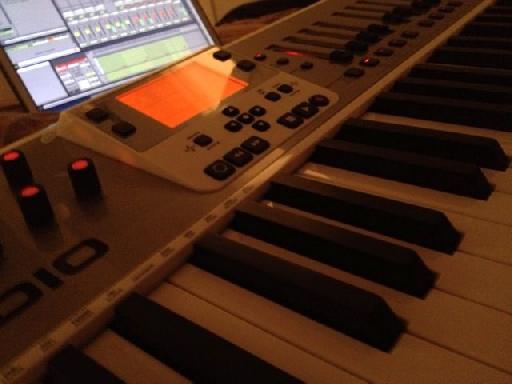 M-Audio apparently noticed that a lot of other companies were adding a little more bling to the mix. And, with good reason- Musicians like lights... It's a fact. The Axiom AIR 61 is amazingly cool looking in dark environments. You kind of feel like you're working with Tron's keyboard. And, what's even better is that through editing, the color scheme for the knobs change to let you know what mode you're in, and so on. 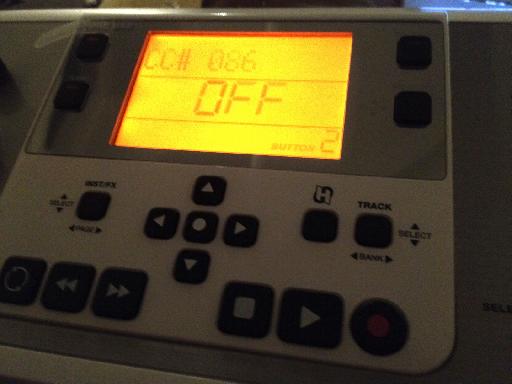 What Do I Say?

These days, I do tend to be very into the more boutique MIDI controllers. But, I do have to give it up to M-Audio. This is a very nicely put together controller that would serve well in the studio, as well as on stage. Wherever you put it, it will definitely look cool. But, it also serves up some great functionality that we've all come to expect with our controllers.

One thing that really sets it over the edge is the fact that it comes with a Pro Tools dongle. So, if you're wanting to get in to this rabbit hole of computer-based music, this little bundle will do a fine job of taking care of you and getting you on your way.

Now, I just have to get this thing back in the box. Sturdy is good. But, a little difficult to pack! Whew!

Find out more about the Axiom 61 AIR : http://m-audio.com/products/en_us/AxiomAIR61New.html