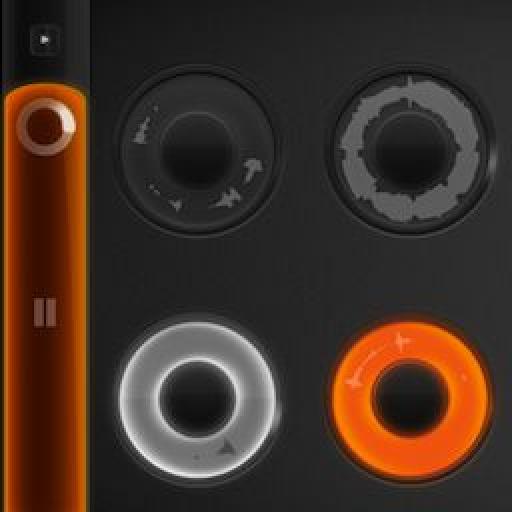 Language
Loopy by A Tasty Pixel is possibly the solution for all live performers who create backing tracks using loops. So put down your hardware loop pedals and try this out now!

Loopy is an iOS app by A Tasty Pixel (loopyapp.com) that functions as a multitrack looper. It is available in two versions - Loopy for iPhone and iPod Touch at $2.99 and Loopy HD for (universal, for iPad and iPhone) which is the version I tried, for $7.99. It has a deceptively simple interface but a few taps reveal layers of complexity that make this a highly creative audio tool.

Simple it is, at first glance, with six 'tracks' and a 'panel' which houses four sets of controls - metronome, loop length, transport and tempo/meter. From the panel you can also access Loopy's Settings, which, amongst other things, lets you change the layout to show nine or even twelve tracks - for those really complex sessions! 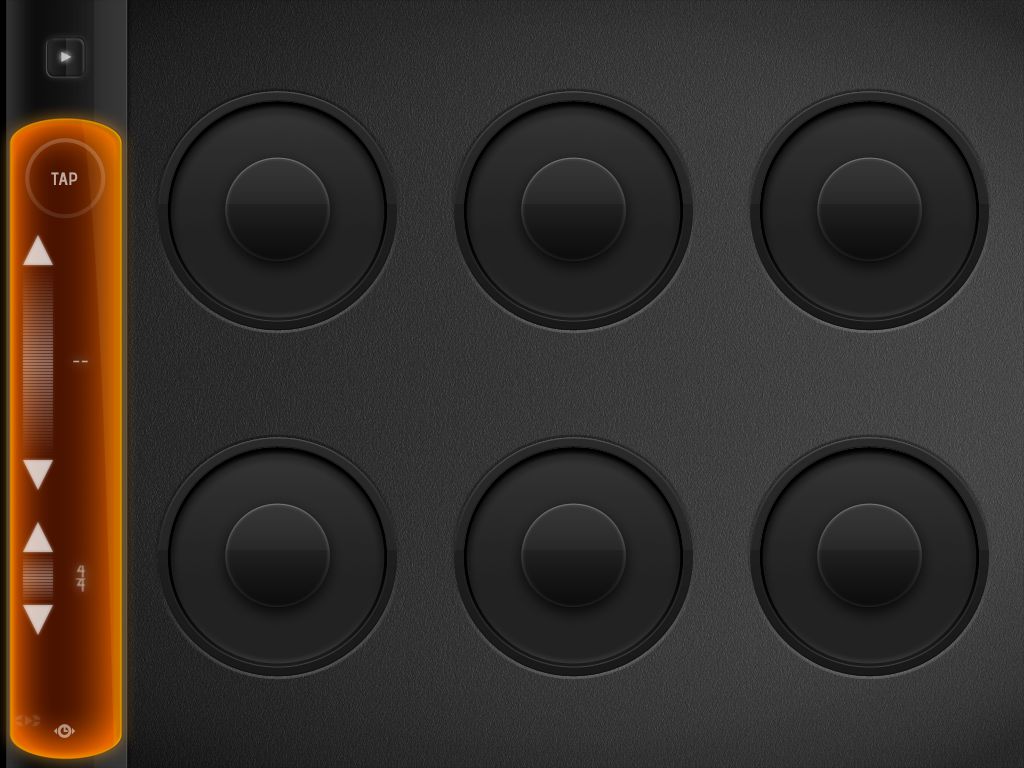 Loopy HD in default view, with no loops recorded. The opening splash screen states 'best with headphones' – good advice as you will quickly be overdubbing loops! One thing that wasn't immediately obvious however - if Loopy has been used at all it will already have a set session tempo, and is therefore expecting you to record at that tempo. So before you start, tap the arrow at the top of the 'panel' (see image), then tap the 'Reset Session' button, which clears all previously recorded loops and session settings. Then it's best to decide which of 2 ways you want to start a session: 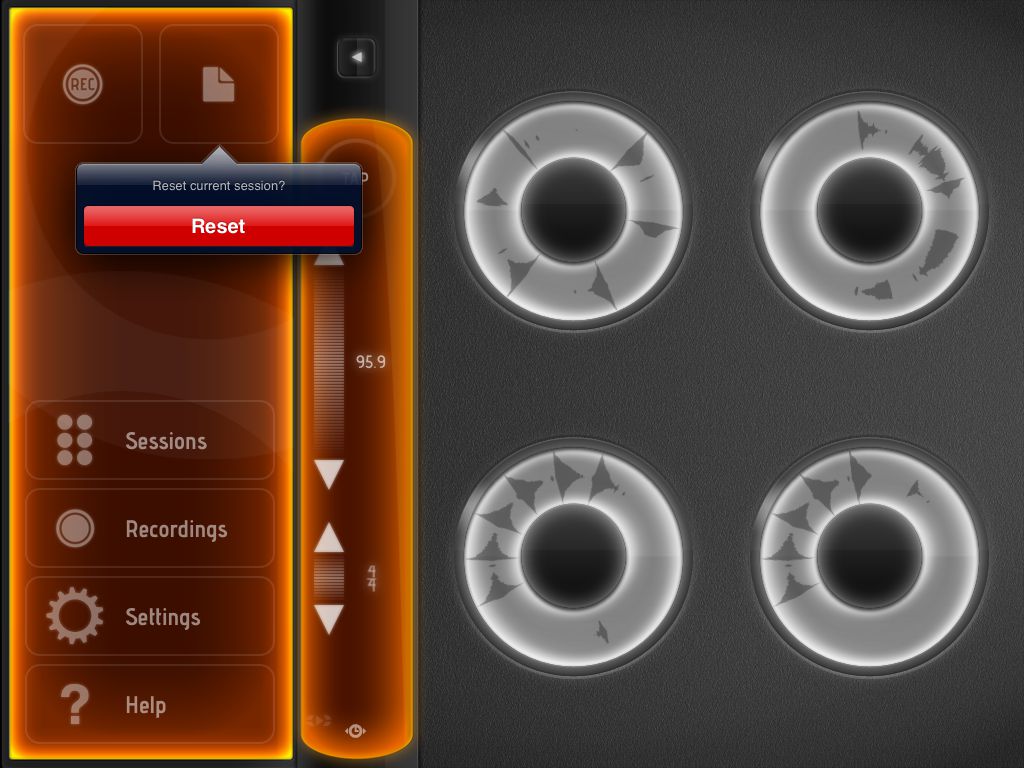 To start in mode 1 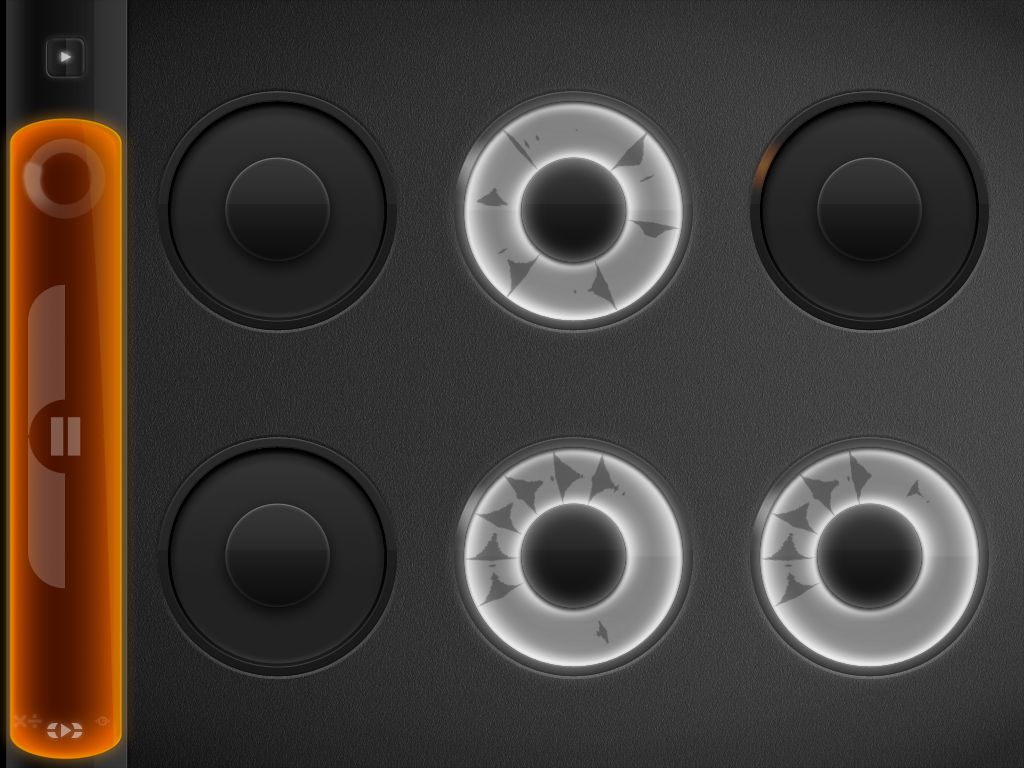 Loopy HD 'counting' you in.

To start in mode 2 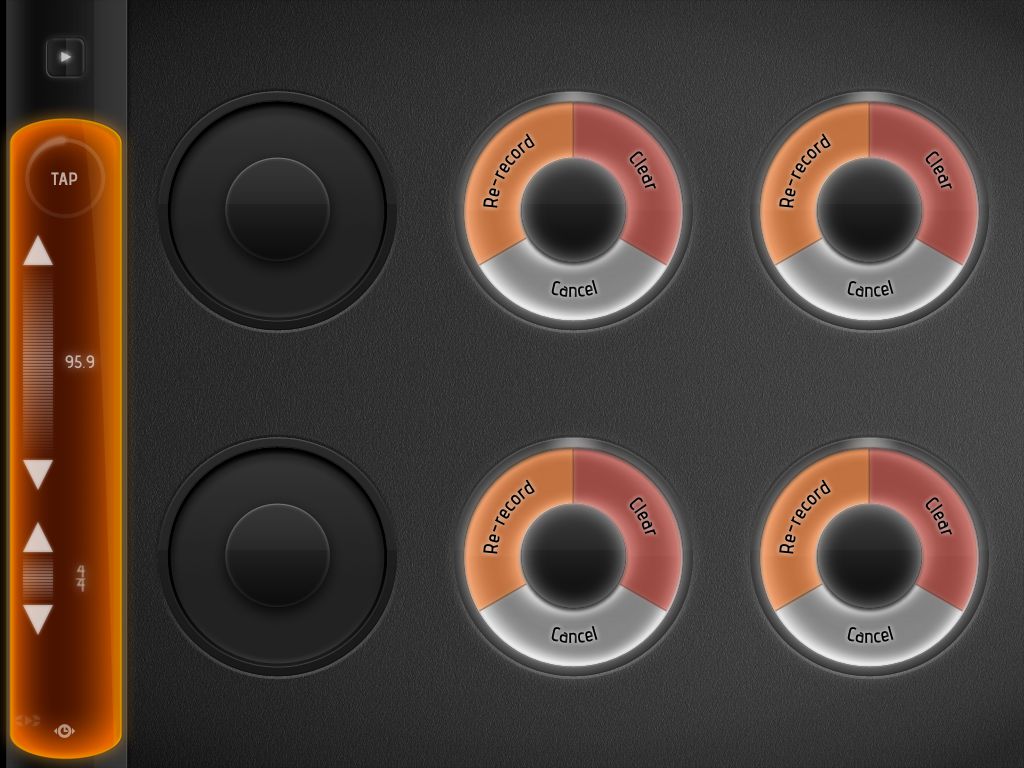 You can clear recordings from tracks by tap-swiping down on the track and choosing 'Clear'.

Once you have started the session, you can adjust the loop length for individual tracks by changing the setting in the panel prior to recording the next loop. 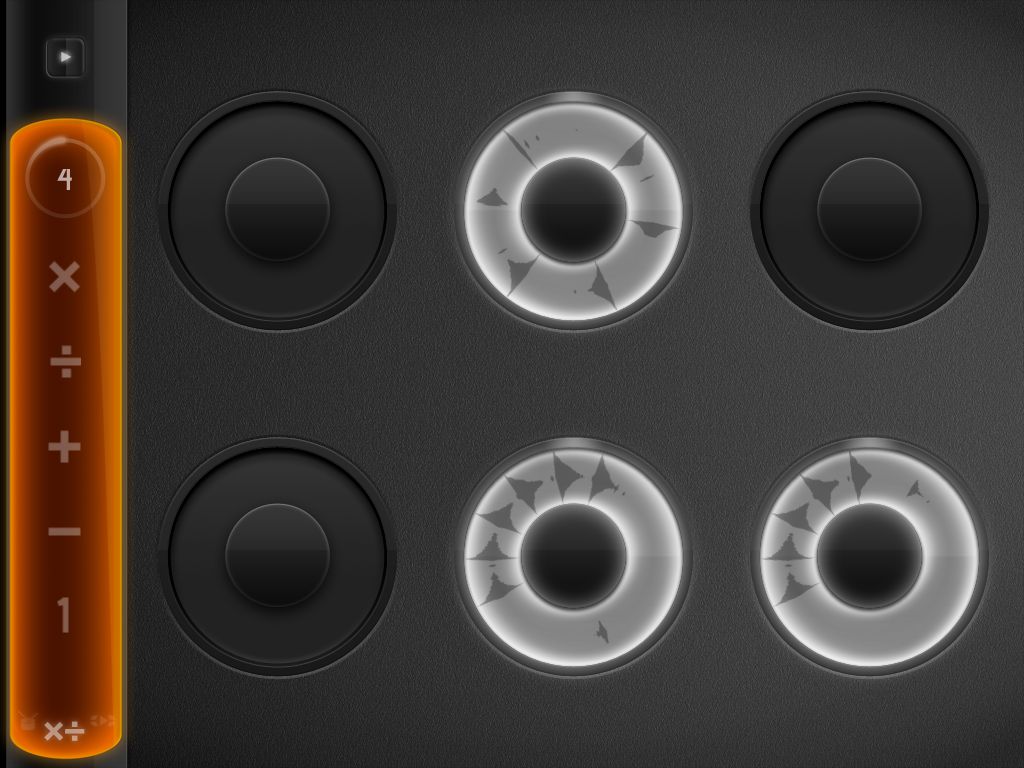 You can import pre-recorded loops to tracks by tap holding on track and choosing 'Import'. Loopy HD comes with a small set of pre-recorded loops, but you can also add your own from your Mac via iTunes file sharing or, something I discovered by accident, is that Loopy also stores audio that you add to the clipboard from other apps.

Loopy will list and allow you to use the twelve most recent additions to the clipboard, despite the fact that the clipboard only appears to hold one selection at a time when using it in other apps. You could therefore pre-prepare up to twelve loops and breaks in an app like Twisted Wave (see my review here: TwistedWave Audio Editor for iPad), copy them to the AudioCopy clipboard and access them in Loopy. The magic here is that they automatically time stretch to the session tempo - kind of like Apple Loops do in Garageband and Logic Pro. 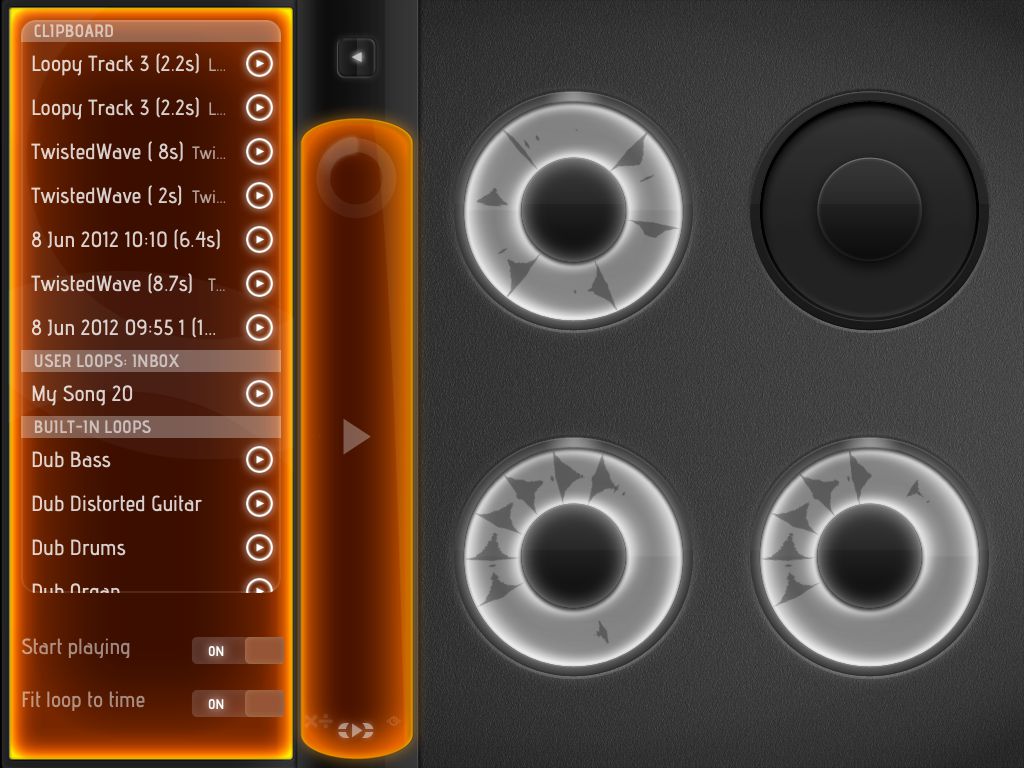 Importing user and built-in loops and audio from the clipboard.

By tap-dragging on a track then dragging that track onto another you can move its contents; if the track you are moving a loop recording to already holds some audio then the contents will merge.

By tap-dragging (but with a slight pause before you drag) you can adjust the volume of the track; tap-holding on a track reveals the Pan option 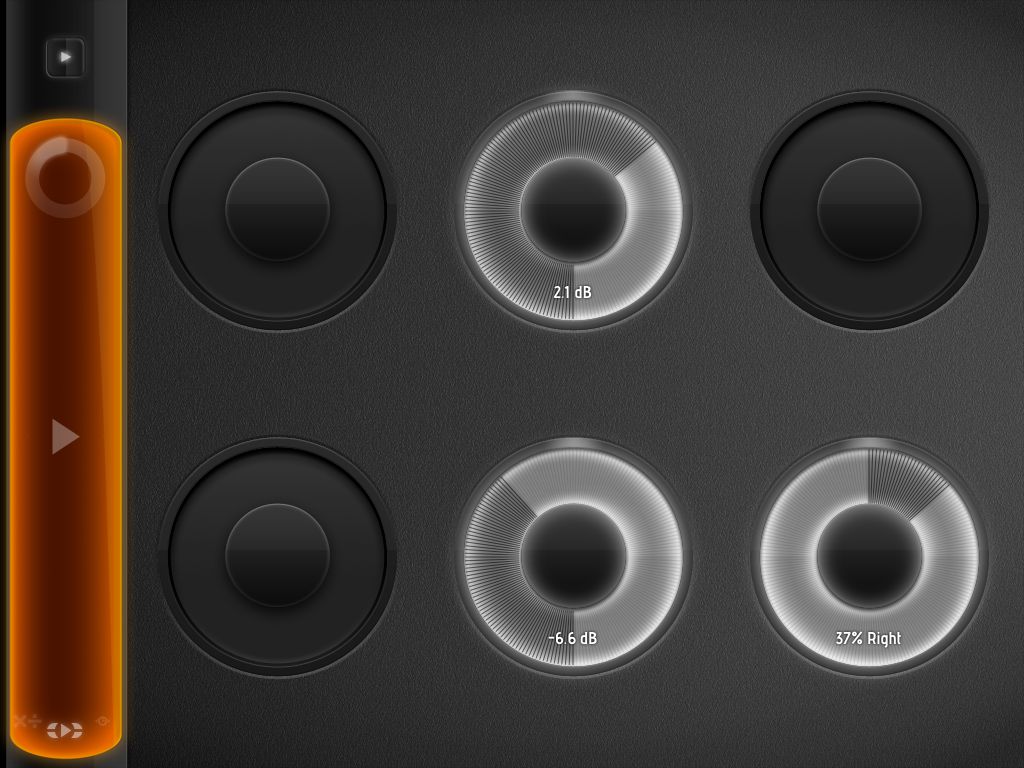 The loop recordings in an individual track can be shared by tap-holding that track and choosing 'Share'. Using this method audio can be copied to the clipboard (and therefore pasted to any app that supports the audio clipboard e.g. GarageBand). Other share options are email, SoundCloud and iTunes file transfer. 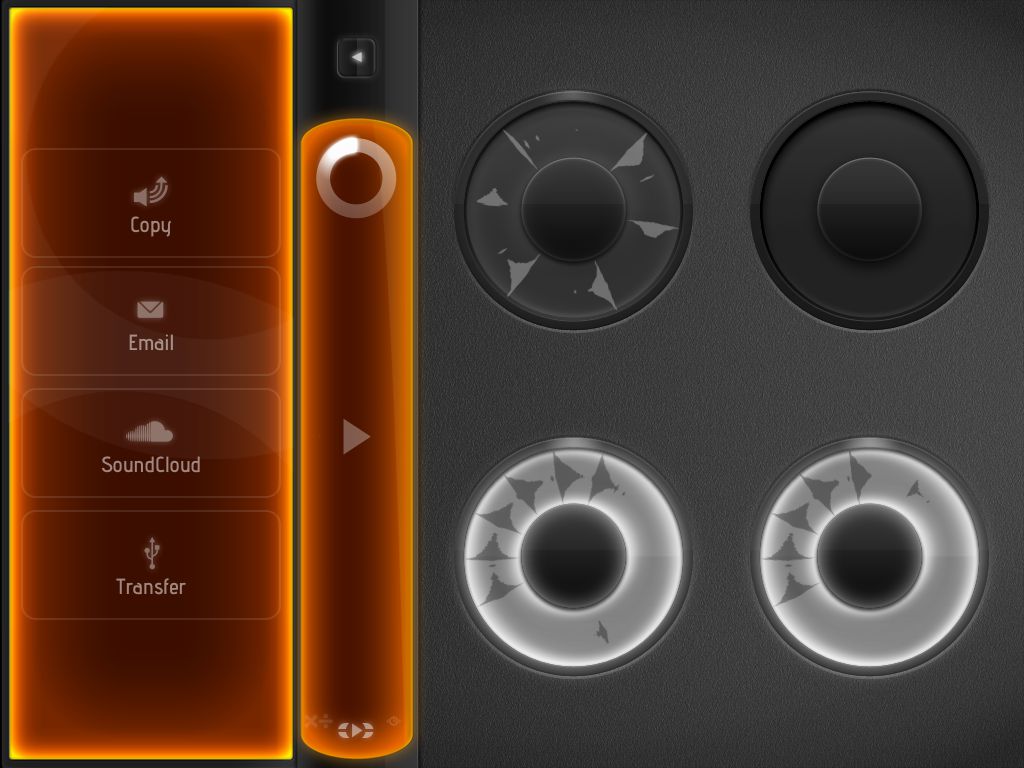 When you have a number of tracks recorded, you can then record a whole session live, by pressing the Session Record button (tap the arrow at the top of the panel to reveal the button if you can't see it). You can start and stop the session from the transport section of the panel, and tracks can be muted by tapping the track button. Recorded sessions can then be shared in the same way as individual tracks.

Loopy HD is one of the first apps to support a very exciting development for iOS musicians called Audiobus. Audiobus is itself an app that allows app-to-app audio cabling, allowing you to record the output of one app directly into another in real time! Currently only new beta versions of two current apps support the protocol, Loopy HD and SoundPrism Pro. But as soon as it comes out of beta, I'm very sure that other developers will see the massive potential of this development! 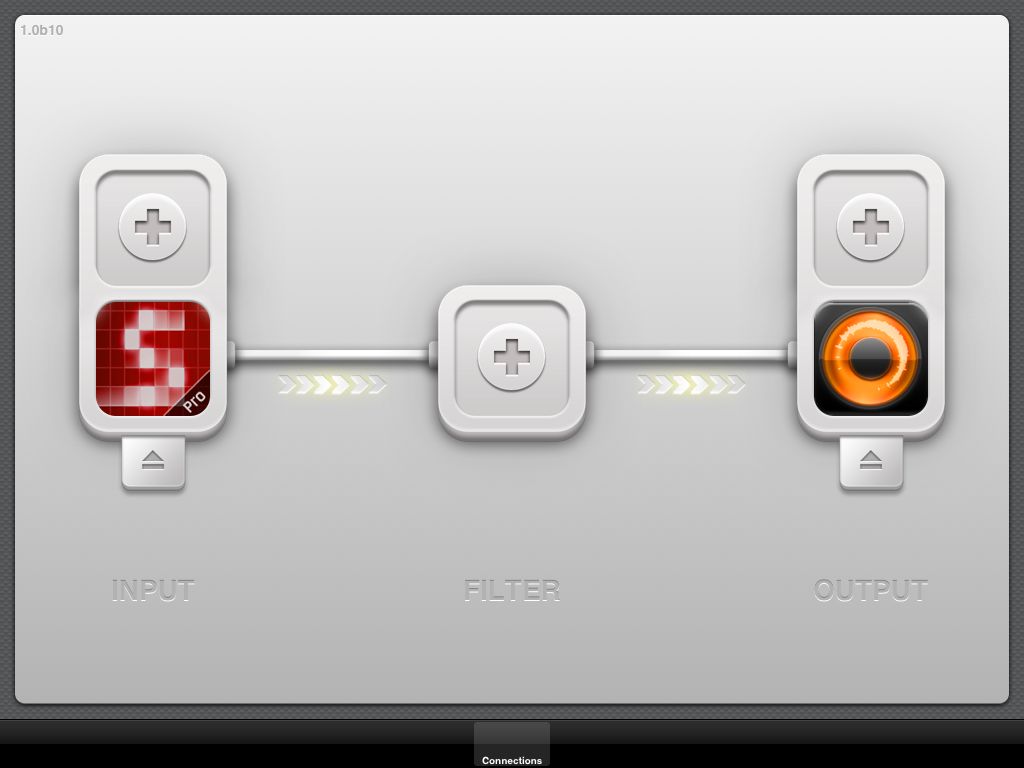 Loopy HD is a really well designed app, and already packs a huge amount of fun and creative opportunity into a deceptively simple interface. Rather than repackaging old ideas into an uncomfortable and possibly inappropriate format (like the raft of trillion-knobbed legacy synth apps now available), Loopy HD is a great example of an app that exploits the possibilities of iOS to the benefit of the musician, and if looping is your thing, then it is difficult to fault.

Here's a video by Dub FX, a worldwide street performer, recording artist and pro beatboxer using Loopy on his iPhone: