Language
Building your own MIDI controller just got a whole lot easier thanks to Livid Instruments' Builder Box kit (powered by the Brain Jnr.) G.W. Childs makes his own in this video & text review.

Like Excalibur, or Mjölnir, or any famous weapon, are you ready to forge your own, within the kiln of your own ingenuity and soldering skill? If so, I have just the kit for you! Recently, Livid Instruments introduced a new line to their DIY division, known as Builder Boxes. I got a chance to build a Button Box for myself. In this review, let’s see if a Builder Box is just right for your level of experience. Or, like me, a project that might tax you!

The Kit, itself comes in a massive plastic bag, which contains the diodes, LEDs, an expertly machined enclosure, a USB cable. While the bag is fully populated, the instructions may seem invisible... well, until you download the project resources from the Livid website. Strangely, the instructions are only on the product purchase page, but once you find them, the panic definitely subsides. And, I really do like having instructions made that are particular to each builder box, as opposed to dancing all over the Livid Wiki, for a change. 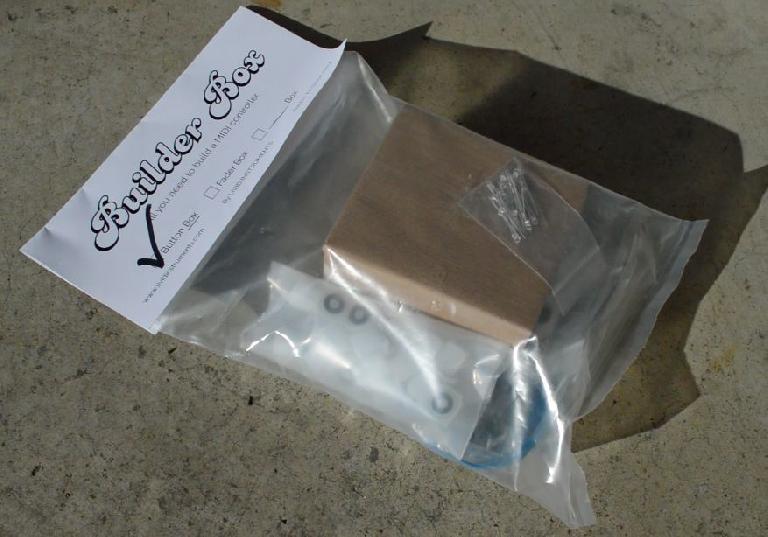 As you’d expect, there’s an inventory in the instructions, so you can verify what you have. Though, I must’ve gotten spoiled with other DIY kits, as I was really missing a visual inventory, as I don’t immediately know the difference between certain screws, spacers, and so on.

I started with the diodes first, like the manual recommends. I’d like to make you imagine that they were populated within minutes, with no user error, at all. But, after a few burns to re-initiate myself back to the world of soldering, and a couple of mistakes of putting the diodes on backwards... an hour, or so, later... everything was in place! 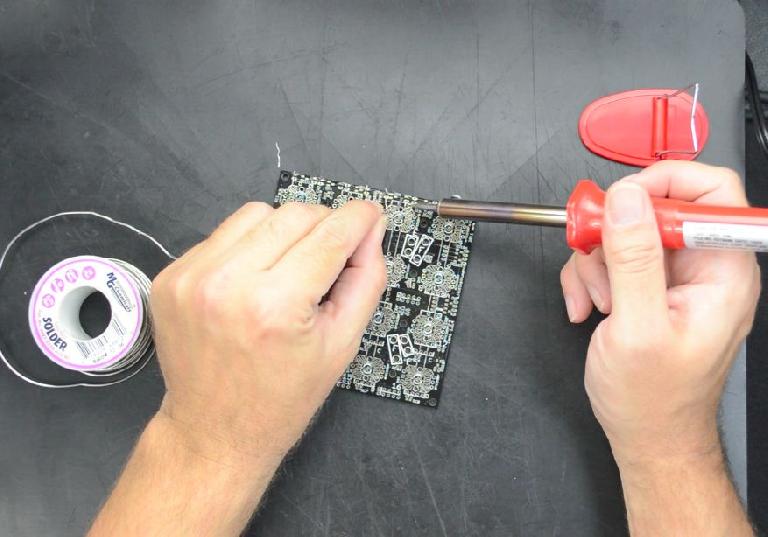 Next came the LEDs, and this is where I ran into some frustration. By the time I’d gotten my soldering flow going, I had begun flying through the 16 LEDs. As I’d built some Livid DIY in the past, I kind of knew how these were attached. Sadly, after getting everything on, I happened to notice that one of the LEDs had been cracked. I looked through the kit, to see if there might be a spare, but no such luck. An hour, or so later, and a wrong colored LED (green, instead of blue) from Radio Shack, I was back in business. 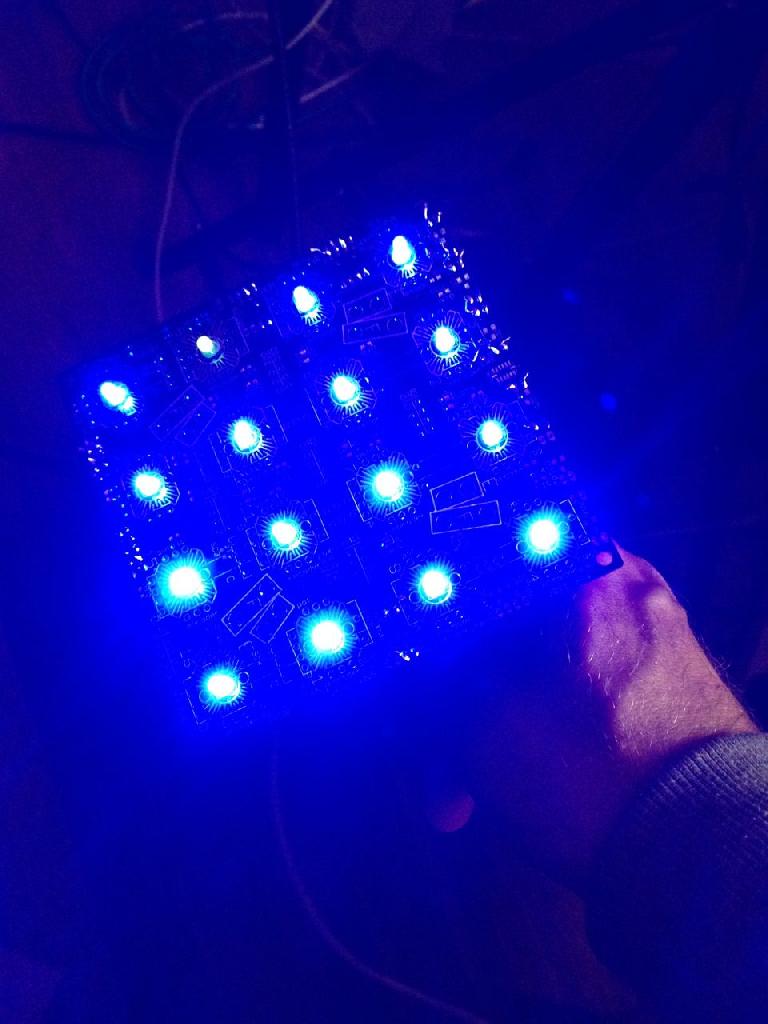 After I had the bulk of the soldering done, I got my first experience cutting wires, since my days as a communications specialist, in the Army. Livid includes one long wire that you’re directed to cut into 20, 4” strips. Once I’d completed the cutting, I began populating lots of wires, all colored blue. This, in my opinion, was a little irritating, as there are twenty cables that need connection, and there’s no visual way of being able to tell the difference (like the drawing in the instructions). You have to manually follow each cable. This may seem like a minor nuisance, but when you’re 4–5 hours into one of these kits, your hands are hurting, back is hurting, and you smell like solder, you’re not really in the headspace to follow each line, when things aren’t working right. 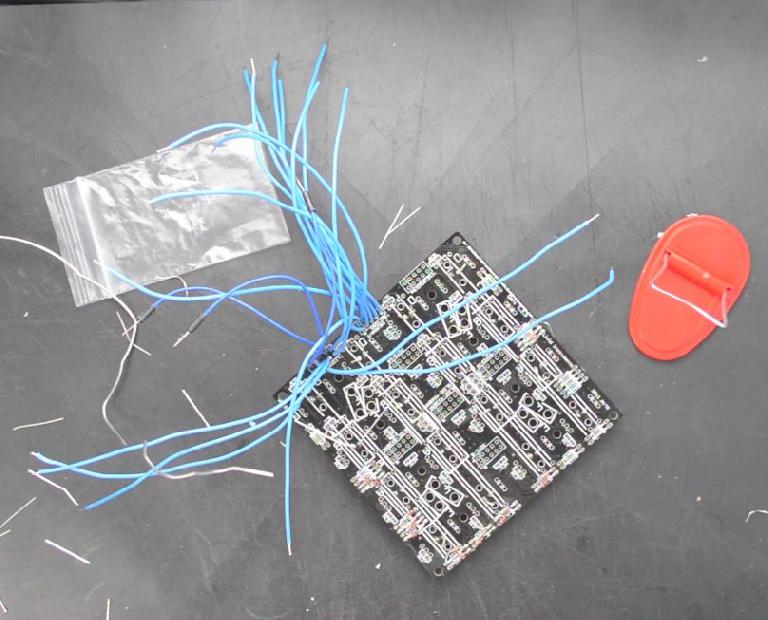 Once you're finally connected to the included Brain Jr 2, life gets a lot better. At this point, it really is plug n’ play. Launching the Brain V2 configure application, it becomes very easy to check your work. You can turn all the LEDs on, check MIDI coming out, see if the buttons are connected to the right locations, and so on. It’s a long haul to this juncture. But, it’s truly gratifying, once you get there.

The only final build portion of the project that might be difficult for some (it was for me), would be getting the Brain Jr, and the now soldered Omni Board, with all the cables, mounted within the enclosure. Livid supplies very small nuts and bolts, so you do want a nice set of needle-nose pliers, or a tiny socket set, as this part is a little tedious. 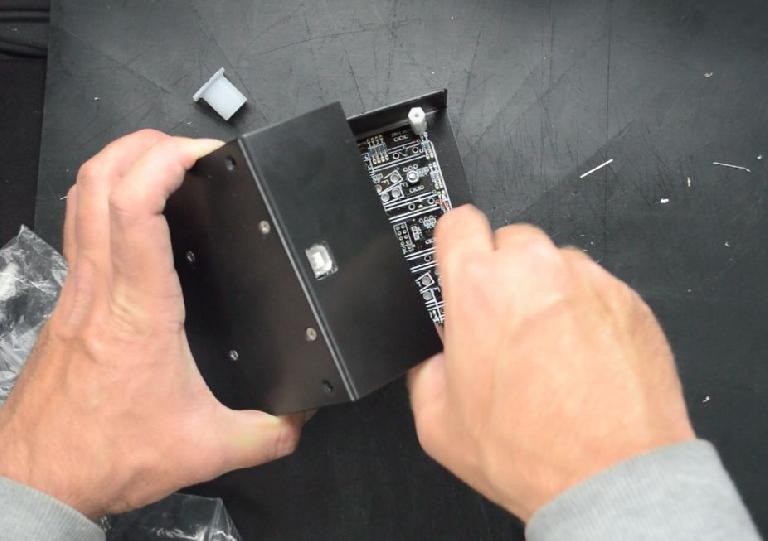 Once everything is in the box, however, you’ll finally see why you put this much time in, period. The Button Box is built like a tank. The buttons feel good, the enclosure is metal, and they even include the little black plastic feet, so you don’t scratch up your nice table, at home.

Livid supplies you with a pretty serious controller for small price that they are offering for this kit. You won’t find a controller of this quality in this price range, but you will work for it. You will find yourself having to double-check your work, and you might, like me, get burned. But, I do believe the end result is definitely worth it if you enjoy long projects like this, similar to building model airplanes. The included Ableton Remote Scripts are highly customized for this controller, and offer an unbelievable amount of suggestions for further programming. There’s just going to be a learning curve, if you’re like me, and new to interior of electronics.

In short, I’d like to clarify my position, and state that this was a project that really pushed me. But, in the end, I would totally go back and do it, again. I learned a lot, and built a highly rugged, versatile device that I will definitely use for a long time.

Pros:  A solid, small, powerful controller, that will teach you as much as it will serve you. Well written instructions, and a really cool Remote Script.

Cons: No spare parts, period?! I know it’s priced aggressively, but not even a spare diode or LED? Do you know how hard it is to find LEDs on Thanksgiving?