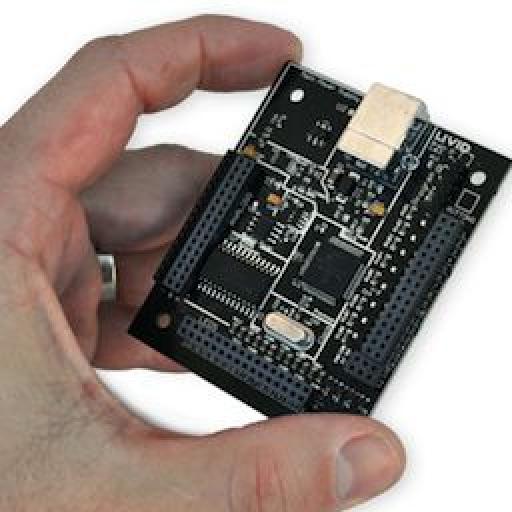 Language
In the world of technology size is everything! Find out why G. W. Childs is particularly impressed with Livid Instruments' Brain Jr., "the easiest custom MIDI controller, ever!" 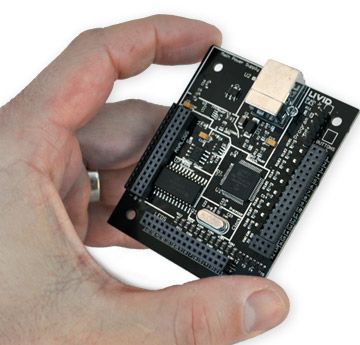 The controller you decide to make is in your hands!

There are many innovations coming around in this amazing age we live in. Some are major, like iPads, iPhones, 3D printing, and so on. However, some of them are small, and tend to miss our attention. The funny thing is that the smaller innovations, from time to time, tend to be the ones that have the biggest bang for the buck.

When it comes to Livid Instruments Brain Jr., the latter is definitely the case. This is a device that bucks most of the perceived notions of music hardware. Notions like: “It's expensive”, or “it's complicated”.

What's so exciting is that Livid Instruments not only made an inexpensive piece of hardware that can be used easily, out of the box, but they also have given something to those of us that have a strong urge to do things our own way: A way to build a MIDI controller cheaply...

The Brain Jr. is the mini version of the Livid Instruments popular DIY centerpiece Brain II. For those of you who don't know what the Brain is at all, let me explain. Livid Instruments offers a way for anyone to build their own MIDI controller. But, in order for you to begin this amazing adventure (see my DIY article here), you need a Brain, in order to begin.

The original Brain, and Brain II are bigger control boards (similar to motherboards, or logic boards on a computer) that connect all of the pots, switches, faders, and so on together, and then connects them all to a computer. The cords that connect each switch, button and fader are just plug and play. This is part of the charm, as there is no soldering to the actual Brain board. Plus, the boards are preprogrammed. So, once everything is connected to the Brain, you can open up Ableton, Reason, or whatever, and have the program 'learn' what control messages are incoming, and in turn affording you the ability to map whatever parameter you choose to this incoming message from the Brain board, which is connected to your pot, switch, and so on.

This is amazingly cool, as most of us are used to the idea that we have to just take whatever controller is available from [insert manufacturer's name here!] with all of the pluses, or minuses.

The only problem that the 'normal' Brain boards have are:

So, basically, the Brain boards are designed for people that are building the big, hunky, MIDI controllers that have several switches. And, they are amazingly good at this. But, what if you want a much smaller controller? 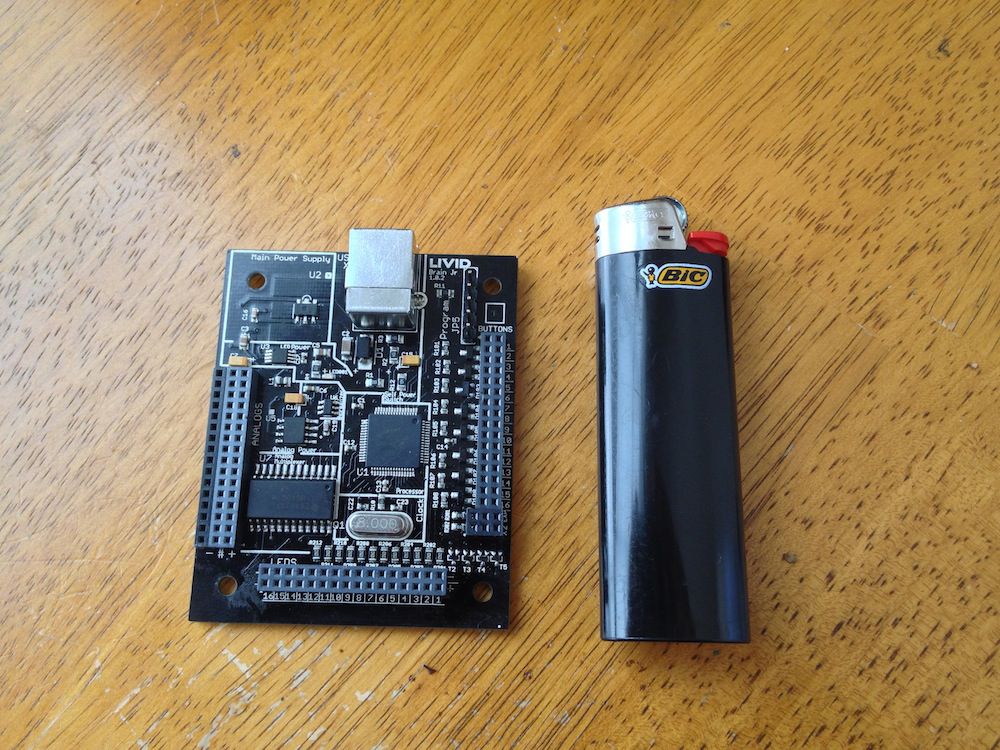 No, this isn't a giant lighter! The Livid Brain Jnr is really that small!

This is where Brain Jr. comes in. The Brain Jr. board, itself, is tiny. It's about the size of a credit card, but with a bit more density. And, where the Brain II requires the larger plugs, the Brain Jr. only requires jumper cables, which can be purchased from any electronics store. You don't need to solder the jumper cables directly to Brain Jr., you just need to attach them to the built-in sockets. The other side of the cable will need to be soldered to the switch, button, led, or pot that you're going to use. One cable will be the positive, one will be the negative. So, basically, one cable is for the pot turning one way, the other cable is for the pot turning the other way. Very simple, and very easy to set up.

There are 'Header' connection strips for Buttons, LEDs, and analog controls, like faders, and pots, individually. So, it makes it easy for you to know where to put what (yep, they are labeled), and this also means that the Brain Jr. knows what they are, and how to use them right out of the box. It's literally a matter of soldering your cables, on one end, to the button, and then connecting the cable to the board, then connecting the USB cord to your computer and the Brain Jr. 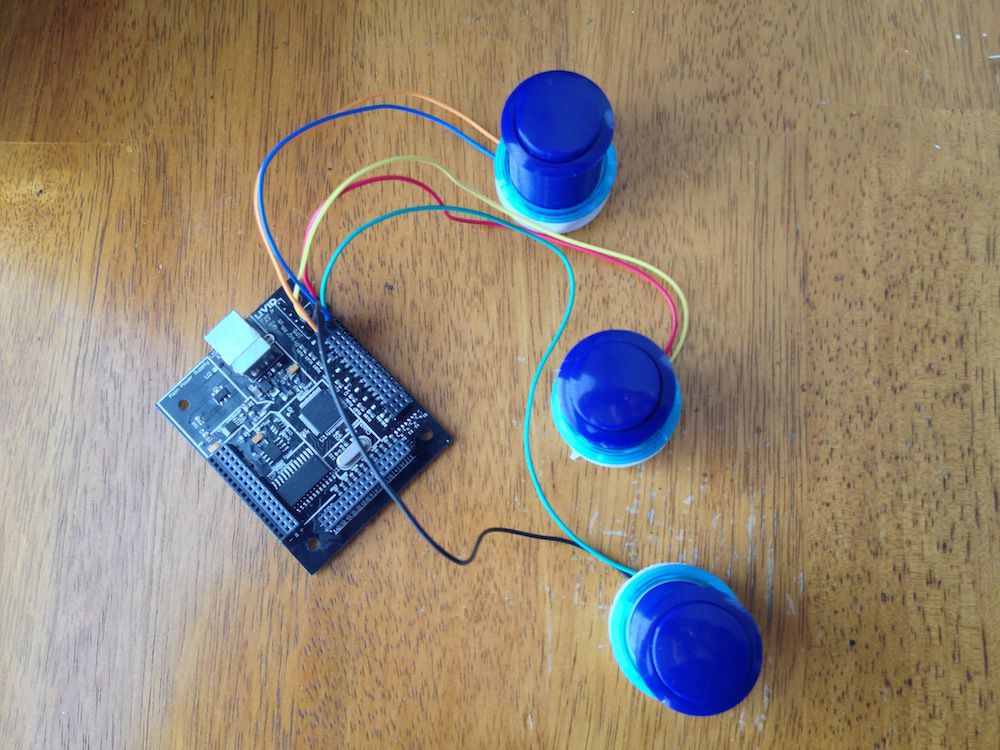 The Brain is preprogrammed, so there is no major setup situation. Like the Brain II, you just go into Ableton (or other software) and have the program 'learn' the incoming MIDI signals, after the Brain Jr. has been set up in the MIDI preferences. There is no software for this. It's just plug and play, ready to go. Yep, it's all that.

Truly, the whole section above is a perk. However, let me really connect the dots. The Brain Jr. is tiny. This means that you can use extremely small enclosures, like matchboxes, flasks, tinder boxes, old broken hardware enclosures. It's small enough that you can get creative in making new, and exciting MIDI controllers like no one has ever seen. And, these controllers do not have to be elaborate. If you've always wanted a single trigger MIDI controller that is just an arcade button, along the lines of a 'Self-Destruct' button, you can make it.

Realistically, you could bore a few holes into a leather jacket, mount the board, and the connected buttons into the jacket, and have the first ever MIDI controller jacket, if you wanted. It's that compact, light and cool. 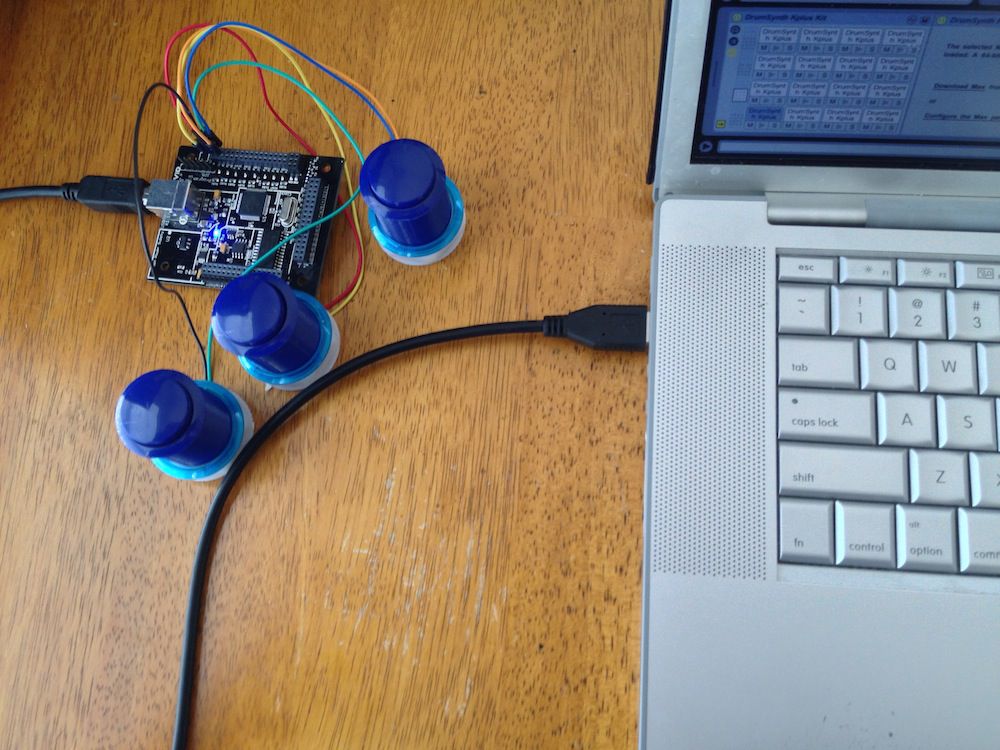 Choosing your own enclosure could be just as much fun as actually using the Brain Jnr!

And for a little extra ($69.95) Livid are now offering the Brain Jnr Starter Kit. This includes the following so you can get started building your own MIDI controller with no downtime:

My personal opinion is that anyone doing electronic music should buy the Brain Jr. and try making the easiest custom MIDI controller ever. Because the buttons and faders (which Livid also sells, but you can buy from other places, too) are inexpensive, so who cares if you break one. Just solder another to a cable, till you get it right. This is a chance to jump out of the slavery to rickety, little, plastic MIDI controllers that go from $100 on up, and build one that matches your exact specifications.

My advice is: Do this!