A third party audio-to-MIDI extractor tool can be just the ticket for getting more control over your tracks. So how would LESounds' Groove Extractor measure up?

I recently spent some time tracking and producing local, electronic sensation StarBass. Who, I might mention sound great and employ a large amount of hardware drum machines, which run side-by-side in several creative ways during a performance. However, there is no real master sequencer running everything. The TR-8, the volca beats, the Pocket Operators all run synced and independent throughout a set. This sounds great on paper. But as their producer, I want to be able to separate out the drums on their own channels, etc. And tracking every individual drum, synced, from each drum machine will take way longer than anyone wants to spend doing it. Why not just convert all of the drum machine audio to MIDI? 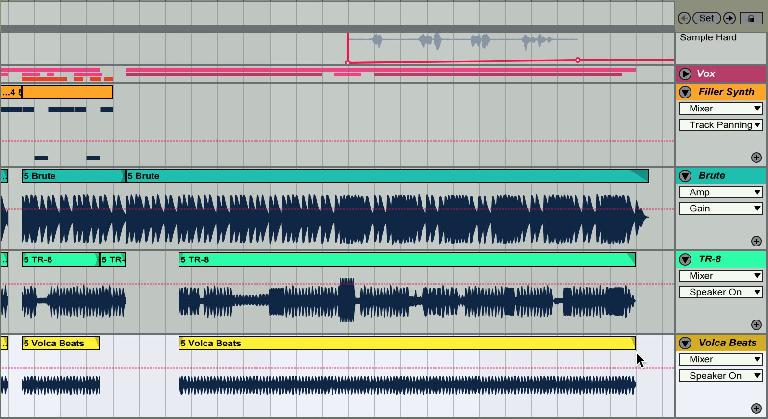 As the video on lesound.io demonstrates, you simply drag audio files on to Groove Extractor’s display area, and the processing begins. Or, you can use the File Browser that is located on the right hand side of the interface though it is helpful to select the appropriate Extraction Mode within Groove Extractor before you begin (Electronic, Acoustic and Trigger). As electronic really fit my bill (the recording is broken down in to only kick, snare and hi-hat with the electronic setting), I spent most of my time working within this mode. 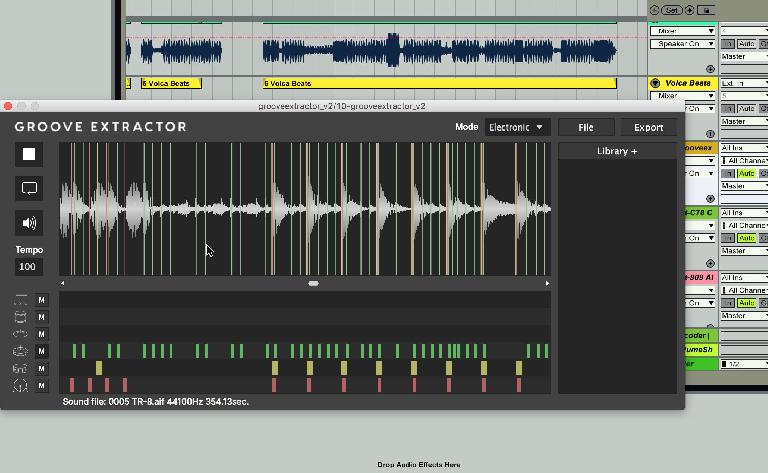 At first, I was a little concerned with the results of the processing being performed by Groove Extractor. The original tempo of the file was not being recognized, so I’d have to type it in manually. And while the results were not perfect, I did actually get usable MIDI that I was able to weave in to my mix, with some small bit of editing and quantizing. To get the MIDI from Groove Extractor, all I had to do was simply drag the MIDI out of the Transcription view. This is really where, and only where Groove Extractor shines as many of the additional features felt a little unfinished.

Groove Extractor has a few extra features besides sheer processing that might leave you scratching your head at times, like it did me. You can loop the imported waveform, but it never really explains in the manual or within the GUI on how to do this. You can also zoom in to it. But here’s the thing: why would you want to edit in this, when you can use your own DAW? Groove Extractor also allows you to modify which MIDI notes are setup for kick, snare, hi-hat and more within the options. By default, Groove Extractor exports drums in a General MIDI method of mapping, where Kick is on C1, Snare on D1, and so on. This I thought was a pretty useful feature, as it opens the possibility of using Groove Extractor to export things in more experimental mappings.

Groove Extractor actually worked the way it said it would, but it just wasn’t that elegant in doing it. The manual is a little sparse and the demos on the website kind of seem a little indifferent. The workflow is a little bizarre too. But at the end of the day, dragging audio files in and dragging MIDI files directly in to my arrangement view really was pretty fun and made quick work of breaking down some drum machine recordings that might have sounded pretty rough, had Groove Extractor not stepped in.

Cons: The manual is a little light. The interface is a little clunky, could use a little polish overall.

Learn more about programming and sequencing in the Ask.Audio Academy here: https://ask.audio/academy?nleloc=new-releases