Review: LayR, The New King of Synths For iPad & iPhone?

Can a $20 iPad synth really sound as big and impressive as something costing much more? Matt Vanacoro set out to discover the truth... and was pleasantly surprised.

With each passing day, iOS synths get more and more sophisticated. Just when you think you’ve seen every bit of modeling, synthesis, or sampled goodness that developers can eke out of the current hardware, a new app comes along that raises the bar for everyone. Living Memory Software has released Layr - a synth instrument that has a well of power that is so deep, I had a hard time believing I was using an iOS device to make sound. I spent a few weeks playing around with Layr, and I’m excited to tell you about it. 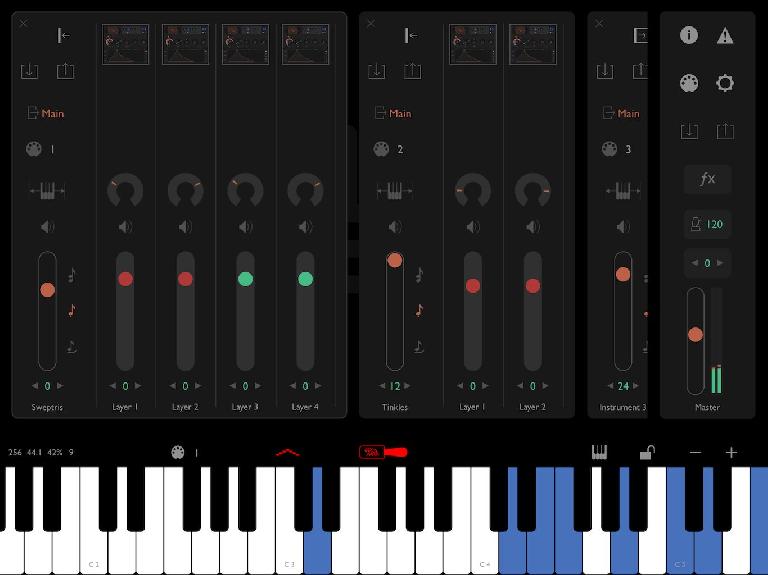 To understand the scope of how big Layr can get, I’d like to start at its smallest point. Take a single layer, which houses what you’d think of as a single sound source. This layer can utilize a dual oscillator, complete with morphing abilities that can shift between two different states (similar to Reaktor’s snapshot morphing). Throw in a host of modulation options for your layer such as dual LFOs, dual loop-able ADSR envelopes, and a randomization generator. Oh, and did I mention each layer can be completely polyphonic?

Now that you’ve got a pretty sick sound, envision a mixing / channel paradigm that allows for up to 100 of these sounds combined together in a single performance. You can create incredibly rich polyphonic keyboard sounds, or astoundingly wide mono/lead sounds. At the master level, you have access to an EQ, Delay, and Reverb effect to tie it all together. Your final performance can be animated with an 8 channel arpeggiator or 16 step event sequencer. 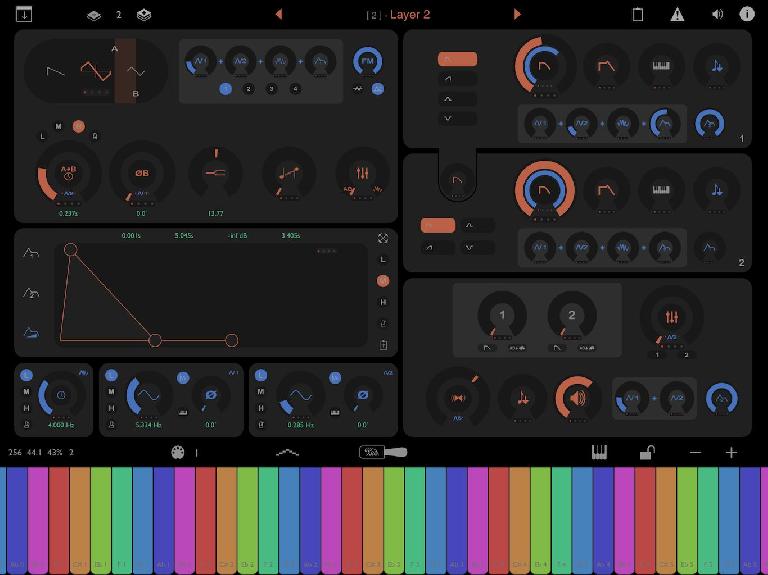 All of these specs seemed quite solid to me for a $20 synth that runs on an iPad, and I was eager to see how Layr fared in the wild. Sonically, Layr certainly doesn’t disappoint. The sounds are incredibly big and rich, and I also found a few nice touches that made using Layr truly fun and inspiring.

In addition to saving and loading performance presets, each individual layer/instrument also has presets. It was very reminiscent of desktop synths that use multiple elements to create a much larger sound, and it really encouraged tweaking of the layers themselves to see what combinations would produce a better performance. Another fun feature of the preset menu is the guidance that appears at the top of the screen when selecting a sound. In addition to the patch name, you get a nice little description telling you what the sound might be used for - and this holds true when loading individual layers as well. 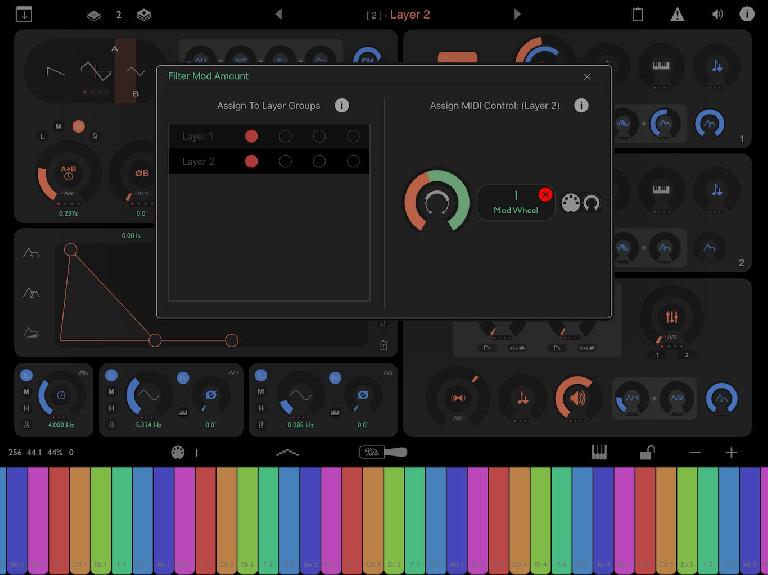 Running synths on iOS is not without compromise. Some of the knobs are a little small to get your fingers on, and the nature of a touch screen sometimes prevents you from seeing the knob you’re adjusting (because your finger is on it). That being said, Layr does a fantastic job of hiding what you don’t need to see until you expand it. I’d also like to see a few more performance presets included, although there are a vast number of layer/instrument presets already set up. iCloud drive import/export is supported, and that’s a really nice touch.

Layr is fun, powerful, and sounds absolutely fantastic. If you own an iPad and you dabble with the mystic art of the synth, it’s a no brainer.

Cons: Some more presets included would be nice, in-app Bluetooth MIDI device pairing would also be helpful (although you can simply pair the device with any other Bluetooth MIDI app then open Layr).