This touch controller can process not only CV but also audio, and both at the same time if you wish. Jade Wii was excited to test out a totally unique way of shaping sound.

You may notice right away that this instrument is different from the norm. With its giant concentric touch plates it's hard not to want to put your hands on this thing, literally. The cool thing about the Stereo Field is that it takes the thought of a touch controller to a different level; it not only processes CV signals, but it can process audio either separately or simultaneously with CV. Something else that’s nice to see is that they didn’t constrain themselves to another touch plate style keyboard controller, there’s enough of those out there already. Instead the interface revolves around the left stereo circuit and the right stereo circuit.

The StereoField can also make synthesized sounds on its own, making a 3 in one device.

First off, let’s just talk about how attractive this thing is, the color scheme is right on point. So what do the four knobs do and how do they affect our sound? The two outside knobs control the left and right output volumes of each circuit, while the two inside knobs control the input volumes. Tweaking the knobs greatly affects how the touch plates interact, we can increase and decrease volume, modulation amounts, how much distortion is applied when touched, all with how we choose to position the four knobs. 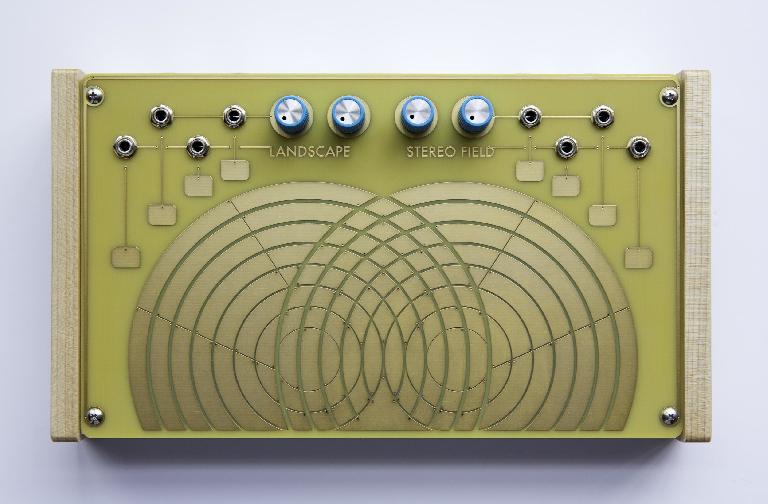 From Bottom To Top

So how do we know what kind of results we're getting from our interaction with the Stereo Field? There’s a few factors that take place here, one of them being how much skin is touching the circuits, the points that are touched, and the direction of your hand movements. Generally, touching the bottom of the Stereo Field results in higher frequencies. As you slide your fingers up you begin to experience lower frequencies, as well as a higher volume, but this also greatly depends on the positioning of the knobs.

At first glance it's hard to figure out which are the outputs and inputs on this thing - that’s because the Stereo Field is kind of laid out like a guitar pedal (on the back you will find the audio outputs to the left and the audio inputs to the right). On the top of the machine you will find eight 3.5 jacks which mirror each other, meaning the ones closest to the outer knobs are the outputs, then in, then out, then in again. It’s a bit confusing at first, but once you divide each circuit into its own region it starts to makes more sense. 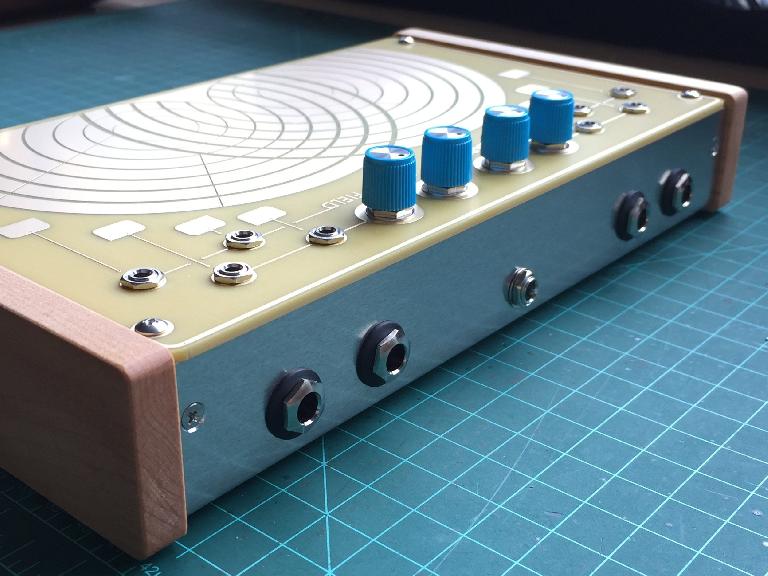 Some of us might associate touch controllers with the ability to input melodies into our hardware in a different setting, but the Stereo Field is not a gentle, subtle machine. It takes incoming audio and mangles it to destruction, it gives something delicate a glitchy type of ambience, resulting in complete control over how we want to affect sound with our skin. 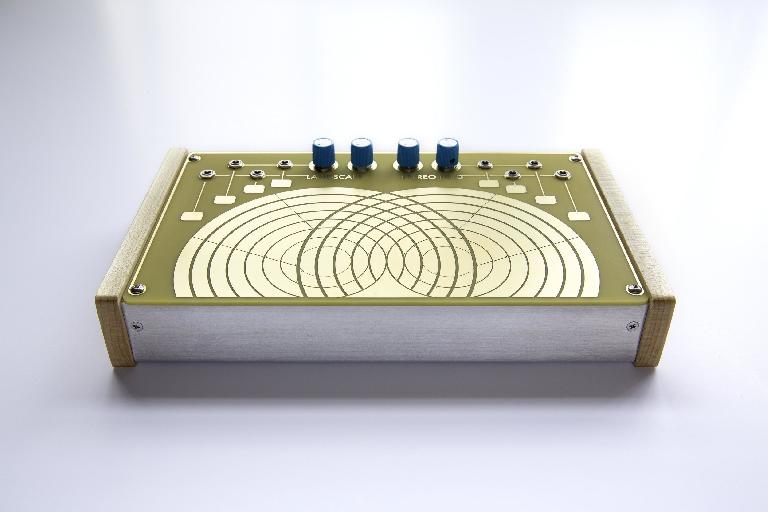 This is probably the strangest piece of gear I’ve had in my studio,  and experimenting with how sound is affected by the arranging of my hand movements was definitely interesting.

Cons: The sounds produced might not be what everyone is looking for.

Learn more about advanced synthesis and MIDI control in the Ask.Audio Academy: https://ask.audio/academy?nleloc=new-releases