Language
KV331's Synthmaster 2 plugin for Mac and PC is a popular synth for modern musicians and producers. So, how does Synthmaster 2 for iOS fare? G.W. Childs puts it to the test.

If you’re in need of some decent, polished patches for on-the-go, you have an iPad, and don’t really want to pay anything for them. Well, read on! Recently, KV331 released Synthmaster Player for iOS, a small, easy to use, and editable synth that doesn’t cost a dime. But there’s always a price, right? Read on, as we explore Synthmaster Player for iOS, together, and see if this is a freebie that is even worth your time.

Just So You Know.

I may as well say it ahead of time, I am a fan of the VST version of Synthmaster 2.7. I think it’s a great synth, at a great price, and it definitely deserves the accolades it has received. So, as you can imagine, I was pretty happy to get my hands on KV331’s first iOS offering, as I was hoping that this might end up being a good outboard synth. Thankfully, I was greeted with an App that has a very, very polished interface, as well as a sound library that does offer many of the kinds of patches that I really like. 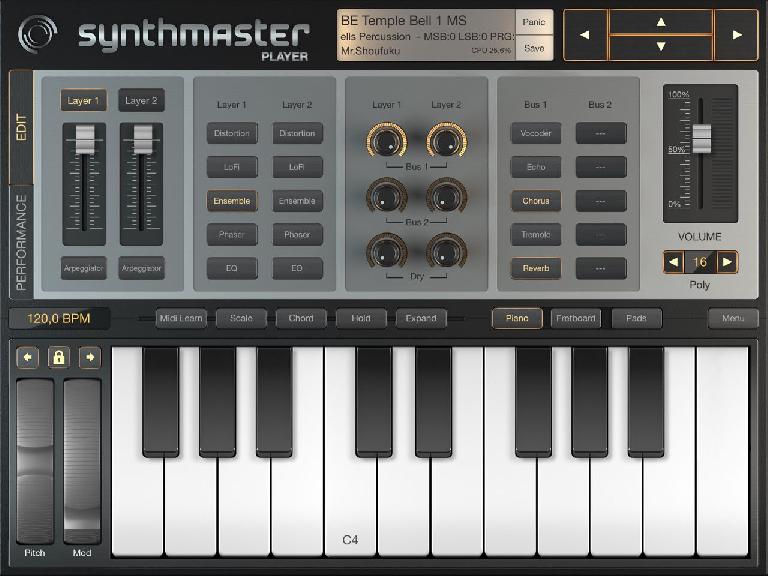 Thankfully, KV331 does incorporate that famous patch browser from the original Synthmaster 2.7 that has helped me find sounds fast for a few years now. Granted, there are libraries that lay within that need to be purchased. Thankfully, there are a great many useable patches, though I wouldn’t mind a few more from each expansion, just to get an idea of what I’m getting into. At least there are the SoundCloud and YouTube video links within, just in case you get curious.

There is a surprising amount of editability to be found in Synthmaster Player, or at least within each patch that is included. You are able to modify the XY pads that are hard to miss, as you start up the app. And they are fun to tweak while you play. Surprisingly, the Vocoder is available and useable within Synthmaster Player, which makes it the only free vocoder I currently know of. However, that’s not to say that there aren’t a million out there. 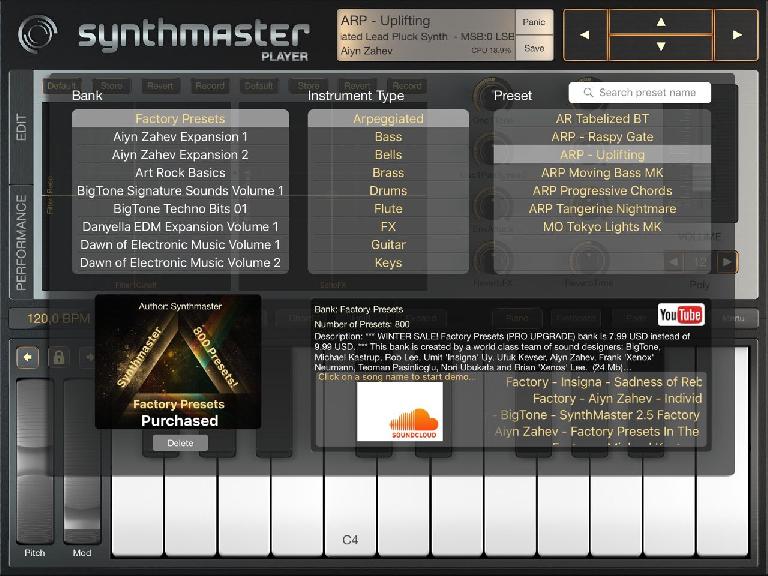 Pressing the Edit Tab, in the upper left-hand corner of Synthmaster Player gives you access to Layer and Bus sections of SynthMaster Player. Here you can actually modify a pretty nice selection of effects, giving you some level of customization.

The Synthmaster Player doesn’t necessarily blow you away with features, as it is a free synth. But it does give you a decent selection of sounds to get to know, and with those XY pads, they can actually be very expressive. There’s also a healthy bunch of patches that can be added, as well as features. But what’s really exciting is that patches made in Synthmaster 2.7 can actually be imported into Synthmaster Player. So, those sounds I’m rocking on my laptop all the time? They can now be in two places at once!

Price: Free—it does ask you to make purchases in the app, though.

Cons: Many major features need to be unlocked via purchase.

jefuqs
Hello Mr Childs, thanks for the article. I have one question; Where is the vocoder located in the Synthmaster app?