The tenth and newest member of the Korg Volca family uses a vacuum tube oscillator to make deep, acid bass sounds. Check out this video review to find out how it sounds.

Just when you thought there were plenty of Volca series devices, Korg brings out another one. The Volca NuBass is the tenth device in the Korg Volca series. Is this new Volca worth delving into or does the Volca Bass satisfy all our analog bass needs? Let’s find out.

Korg has done well to keep most of the Volca devices consistent in their form factor and hardware connectivity. The NuBass is no exception. It too has the same Sync IN/OUT and headphones out on 1/8 inch jacks with a 5 pin DIN MIDI IN connector. It runs on 6 AA batteries which are included but you can also power it with a 9 Volt adapter. This is not included. One thing to note is that standard guitar stomp box pedal adapters won’t work with these. You will have to get a specific power adapter, unless you want to keep buying batteries. In my experience the Volca Modular was the only power hungry Volca. The NuBass is a lot more battery efficient. 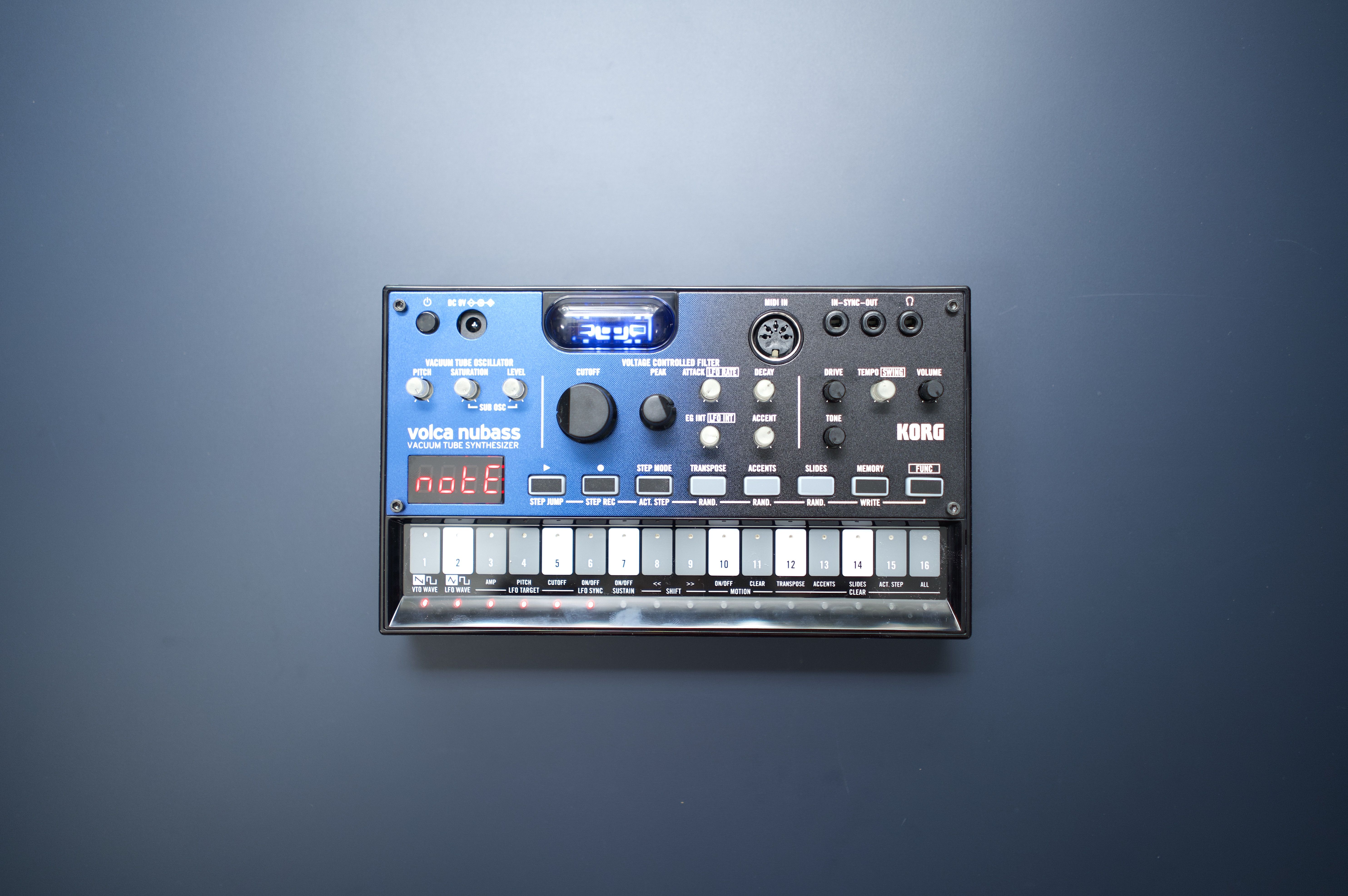 The NuTube is definitely the highlight of this instrument. Back in 2015 Korg released the 6P1 NuTube which is an anode grid filament structure that operates exactly as a triode based vacuum tube. The major difference being the size (30% less) and power consumption (98% less). Korg claims that this tube technology is highly reliable and has a life expectancy of 30,000 continuous hours. Korg has implemented this NuTube in a headphone amp kit, an overdrive kit and now the Vocal NuBass. For the NuBass the tube is used to produce the sawtooth and square tone of the main oscillator as well as the saturation on the sub-oscillator. 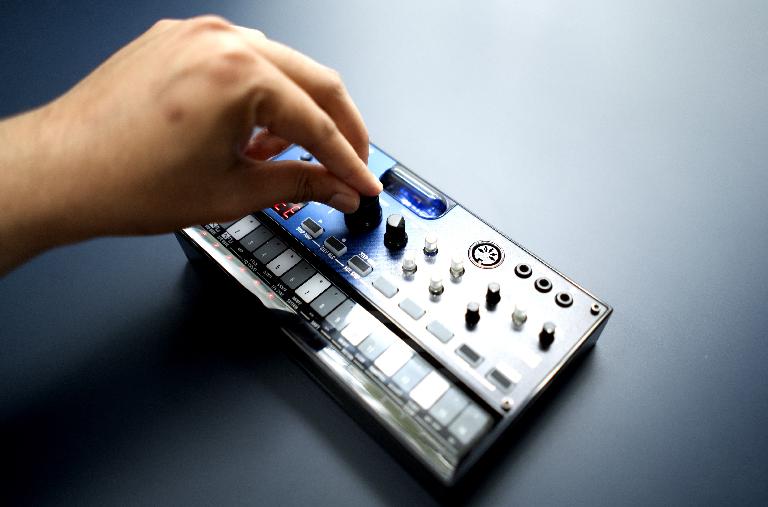 With the Korg NuBass you get a single oscillator VTO (Vacuum Tube Oscillator) and a sub-oscillator. There is one pitch control for both (no detune chorusing effect). The sub-oscillator has a saturation control. It's a bit underwhelming when compared to the Volca Bass’ 3 oscillator engine but the tonality that can be achieved with the NuBass engine is quite powerful. You also get a resonant low pass ladder filter with the option to modulate the filter cutoff with an envelope or LFO. The LFO can be routed to modulate the amp and pitch as well. There is a master drive control that can be used to further distort the overall sound.

No surprises here. Keeping things consistent with the other devices in the Volca series the NuBass has a very similar 16 step sequencer with 16 patterns. The sequences can be recorded in real time or step recorded. There is transpose, accents, slides for each step along with the option to randomize the aforementioned. Of course there is a motion sequencer which can let you automate all synth parameters except the master controls. With the resonant low pass and tube based oscillator, it’s very easy to create acid bass lines with the NuBass. 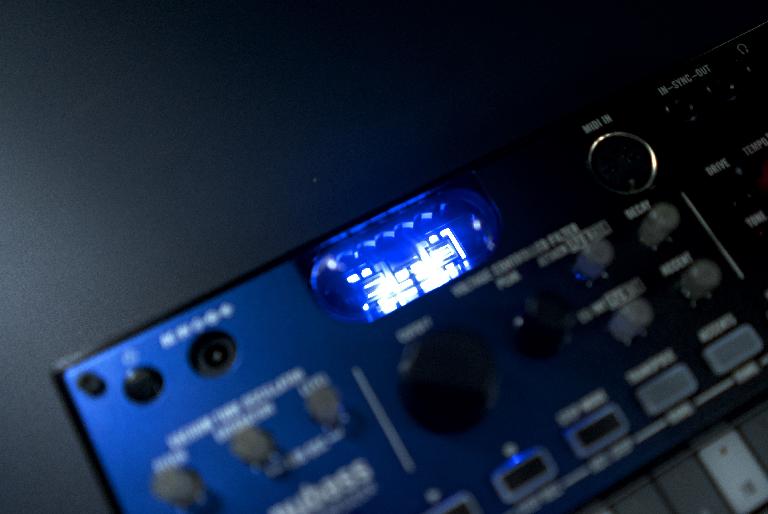 One major drawback I see with the NuBass is that the included envelope generator only affects the filter cutoff and not the amp. So in essence there is no shaping option for the amp aside from the LFO. Typically in synths that have such an architecture, the amp is usually in gate mode which means the amp is at max level when a gate ON is received and completely silent with gate OFF. But what I noticed is that the amp does have an envelope with no sustain and a long decay. This means if you hold down a note long enough, the sound will eventually die. For some strange reason we don’t have control over this EG. This seems a bit strange. Of course this is not an issue if you are playing notes fast enough or using the step sequencer.